China's ruling Communist Party, which celebrates its 100th anniversary Thursday, is characterised by secrecy in leading the world's second-biggest economic power from the shadows.

Founded as an illegal Marxist underground movement in Shanghai a century ago, it has subsequently been defined by the strict control of information, surveillance, and purges of dissenters.

Here are five things the CCP does not like people to discuss: 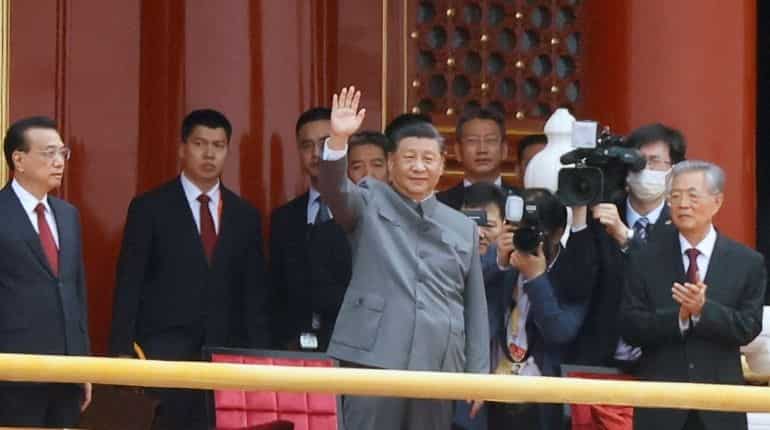 Who are the members?

The party claims 95.1 million members, but a complete list of names is not made public.

It is far from straightforward to sign up, with a rigorous two-year application process that relies on candidates having a spotless personal history.

It is the second-largest political party in the world, after the BJP under Indian Prime Minister Narendra Modi, which claims 180 million members.

From the latest figures released by the CCP's Organisation Department, only 6.5 million members are labourers and 25.8 million are agricultural workers -- compared with a majority of 41 million white-collar professionals and 19 million retired cadres.

"At the highest-level conferences of party representatives, we can see that it is purely a political party made up of the bureaucrat class," said Beijing-based political analyst Wu Qiang. How is it funded?

The CCP's budget is not made public, while the personal wealth of its leaders is an extremely sensitive topic.

CCP members contribute up to two per cent of their income to party coffers. In 2016, an official journal reported that the total amount of contributions for the previous year was 7.08 billion yuan ($1 billion).

But contributions are only a small part of its income. The party is at the head of a financial empire and directly manages companies, hotels and factories, said Jean-Pierre Cabestan of Hong Kong Baptist University.

Meanwhile the salaries -- and perks -- of its leaders remain a black box.

Several foreign media outlets have suffered retribution for reporting on huge and illicit fortunes made by China's leaders and their families through lucrative investments, often stashed in tax havens or complicated financial structures with obscured ownership. 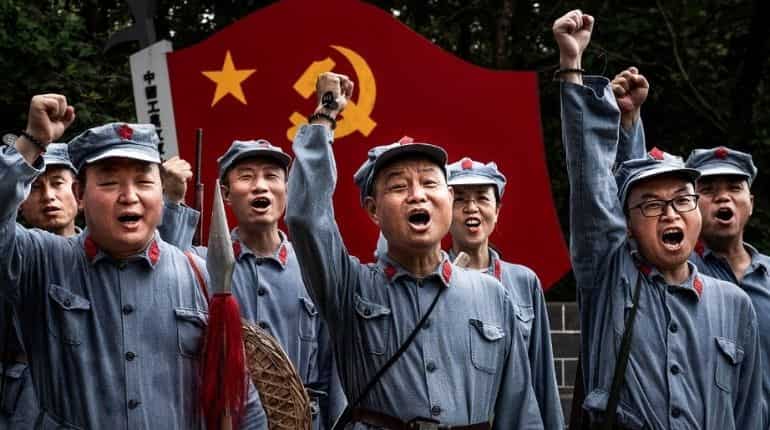 Most foreign scholars of Chinese history estimate that between 40 and 70 million people in China have died as a result of the party's policies since it came to power in 1949.

These include numerous internal purges, the Great Leap Forward -- Mao Zedong's disastrous economic policy which led to tens of millions dying from starvation -- repression in Tibet, the decade-long Cultural Revolution and the 1989 Tiananmen Square crackdown.

Human rights groups say an estimated one million Uyghurs and other minorities in Xinjiang have been rounded up into internment camps -- which Beijing says is to eradicate Islamic extremism -- alongside claims of imposed sterilisation and forced labour. Who are its opponents?

Hundreds of thousands of activists, lawyers and rights advocates have been detained or arrested over the years.

Under Xi, the space for civil society has tightened. More than one million officials have been punished under his crackdown on corruption, though critics say the campaign has also served as a cover to purge political rivals.

A 2015 crackdown rounded up hundreds of lawyers and human rights activists while, in Hong Kong, dozens have been charged under a sweeping national security law that criminalises anything deemed subversion.

The party does boast genuine support -- including from those who have benefited from the country's recent economic boom and groups of young nationalists -- but tight control over media also whittles out reports that hint at criticism and controls online discussions. CCP meetings include a five-yearly congress, which usually ends with the near-unanimous adoption of decisions.

High-level meetings of the 200-strong Central Committee take place behind closed doors, as do those of the Political Bureau, the inner cabinet.

The debates, if there are any, are not made public.

"Hiding internal tensions allows the CCP to present a steel facade to its enemies and those of China," Cabestan explained.

Its closed-door nature makes it "the largest secret society in the world", he said.