Rebel-held regions of eastern Ukraine are growing closer to Russia

Moscow has cultivated close ties with pro-Russian rebels controlling swathes of the Donbass region of eastern Ukraine but denies being a party to their seven-year war with Ukrainian government forces. 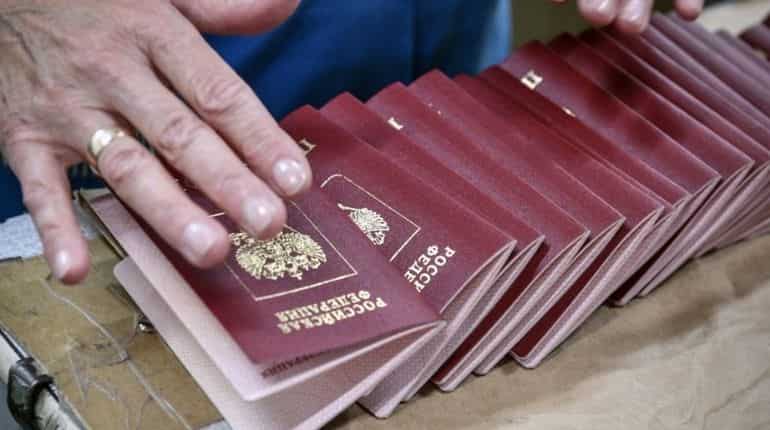 A Russian lawmaker said in July that Moscow had issued more than 600,000 Russian passports to Donbass residents since President Vladimir Putin signed an order in April 2019 allowing them to apply for citizenship under an expedited procedure.

The European Union at the time said the measure was an attack on Ukrainian sovereignty, while Ukrainian President Volodymyr Zelenskiy called for more sanctions against Moscow.

Zelenskiy in May described Moscow's initiative as a first step towards annexation of the region. 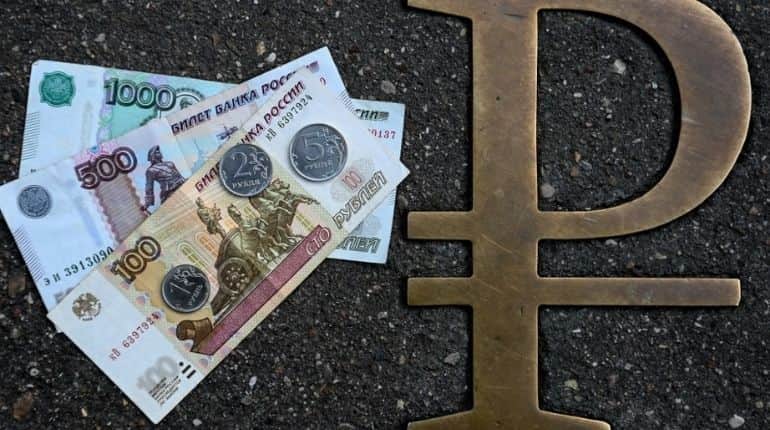 After war broke out, Kyiv stopped paying public sector wages to people registered as living in separatist-controlled areas. Much of the heavy industry on which the Donbass depends for revenue has stopped operating.

Moscow says it does not bankroll the separatist administrations. 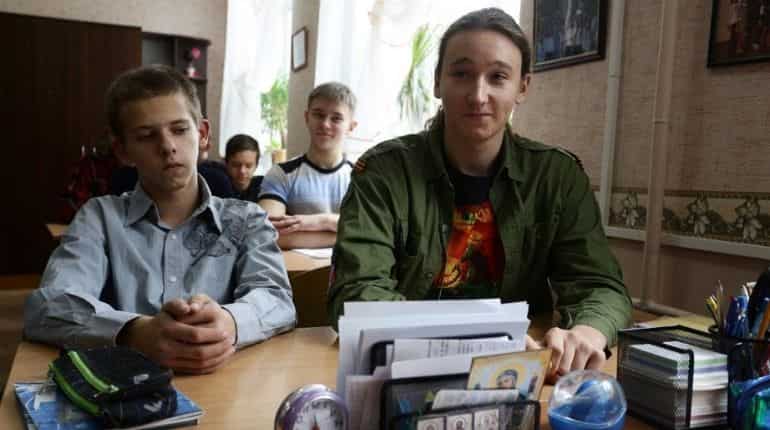 Both separatist regions have abandoned the Ukrainian hryvnia in favour of the Russian rouble as their official currencies.

Local schools now follow the Russian national curriculum instead of that taught in Ukraine.

Last year, the Donetsk People's Republic marked Russia Day on June 12, which is a national holiday in Russia to commemorate Russia's declaration of independence from the Soviet Union.

Schoolchildren in the bastion of Ukraine's pro-Russian rebels say they risk forgetting their country's official language after years of war and an onslaught of Kremlin propaganda. 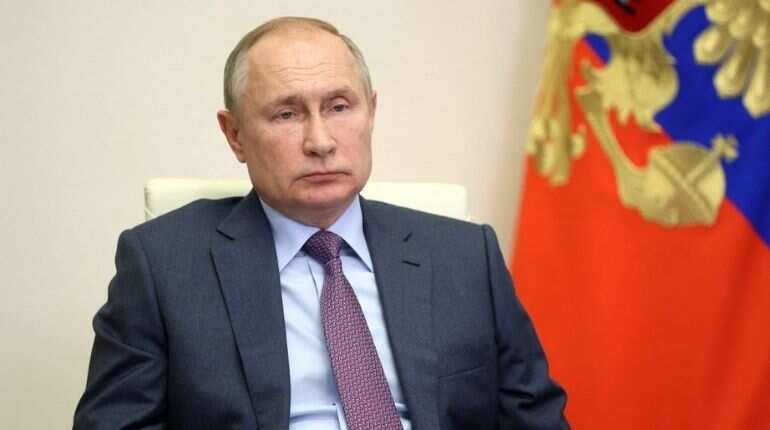 Putin last month ordered the government to lift curbs on exports and imports of goods between Russia and parts of the Donetsk and Luhansk regions. Russian authorities said the move was designed to compensate for the economic blockage between those regions and the rest of Ukraine.

Ukraine's foreign ministry said the Putin's decree amounted to "gross interference in the internal affairs of Ukraine" and sent a protest to the Russian foreign ministry. 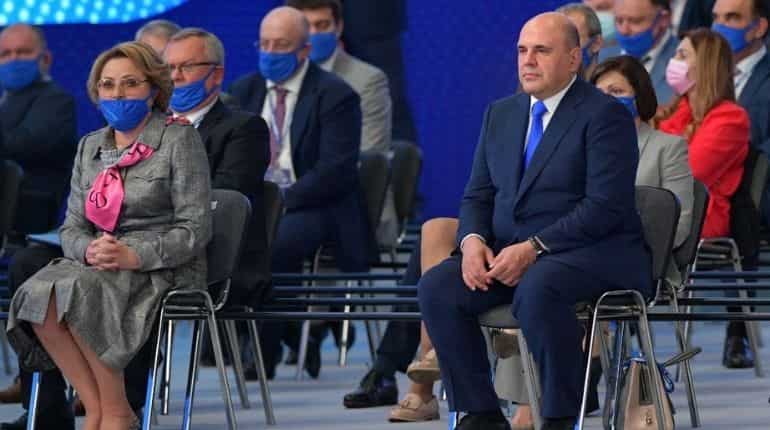 Supporting ruling party at the polls

United Russia, the ruling party that supports Putin, campaigned in eastern Ukraine on territory controlled by Moscow-backed separatists ahead of parliamentary elections in September.

While Kyiv cast the initiative as a form of "Russification", Moscow said there is nothing unusual about people with dual Russian and Ukrainian nationality voting in a Russian election.

The Russian electorate in Donbass overwhelmingly supports the ruling party. 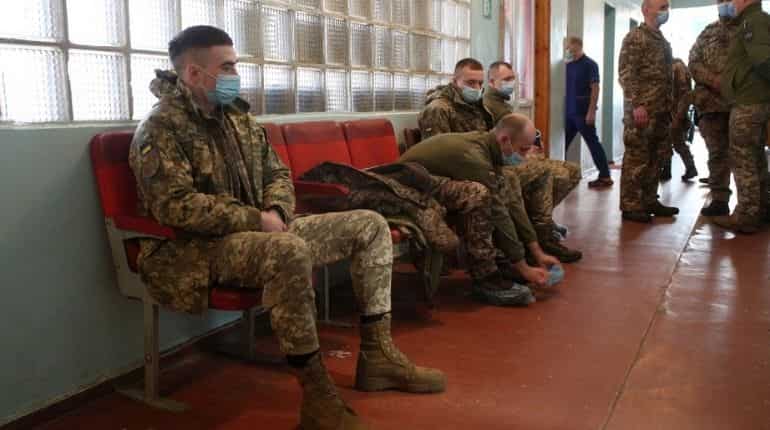 Local authorities in Donetsk said in January this year that Russia had begun supplying its Sputnik V vaccine against COVID-19 to rebel-controlled Donetsk despite a ban by Kyiv.

Ukraine, which prohibits the use of Russia's Sputnik, said at the time it had been expecting a shipment of Western-made vaccines.

The Russian Direct Investment Fund (RDIF), which markets the Sputnik vaccine abroad, said it did not supply the Donetsk or Luhansk breakaway regions. 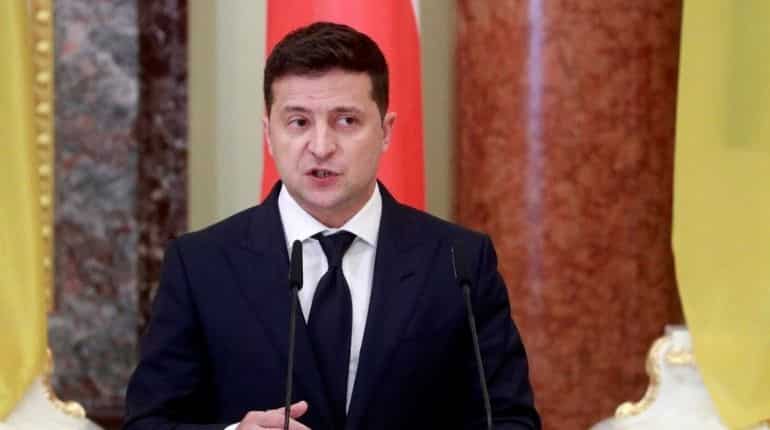 Ukrainian President Volodymyr Zelenskiy said last week he did not exclude holding a referendum on the future status of war-torn eastern Ukraine and the Crimea peninsula annexed by Russia in 2014. He said the initiative was an option to revive eastern Ukraine's stalled peace process and end a standoff with Russia.

Zelenskiy did not say, however, when and how such a referendum could be held.