Police shooting of Black man sparks fresh protests in US

Fresh protests broke out on Tuesday night in Minneapolis despite a curfew implemented after a police officer fatally shot 20-year-old Black man Daunte Wright during a traffic stop in Brooklyn Center, Minneapolis, Minnesota on Monday. She allegedly appeared to confuse her handgun with her taser, fueling tensions in a US city already on edge because of the George Floyd murder trial. 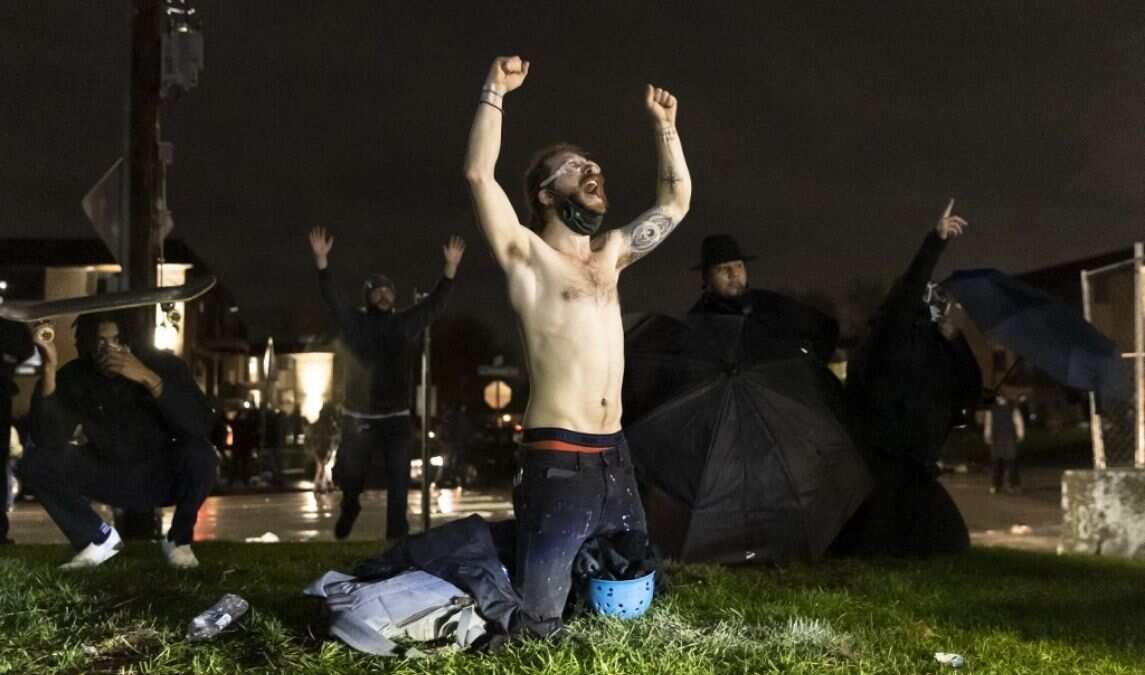 Demonstrators shout 'Don't shoot' at the police after curfew as they protest the death of Daunte Wright, who was shot and killed by a police officer in Brooklyn Center, Minnesota on Monday. 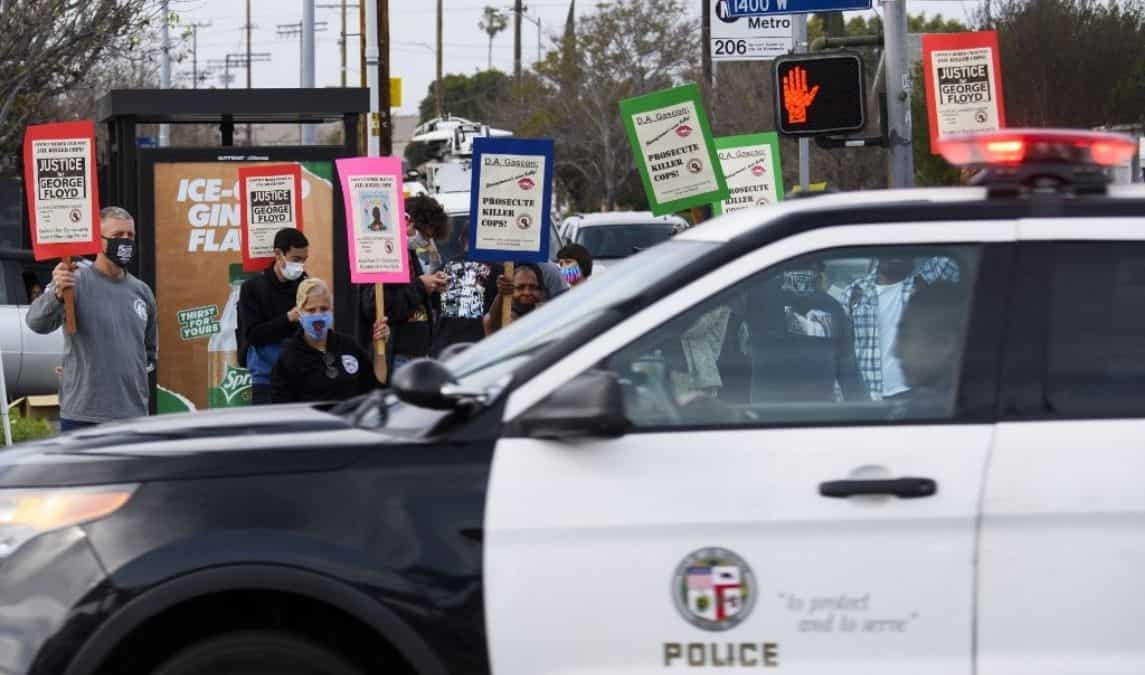 An LAPD vehicle drives past as people protest the killings of people by police including the death of George Floyd and Daunte Wright on Monday at the intersection of Florence and Normandie in Los Angeles, California. 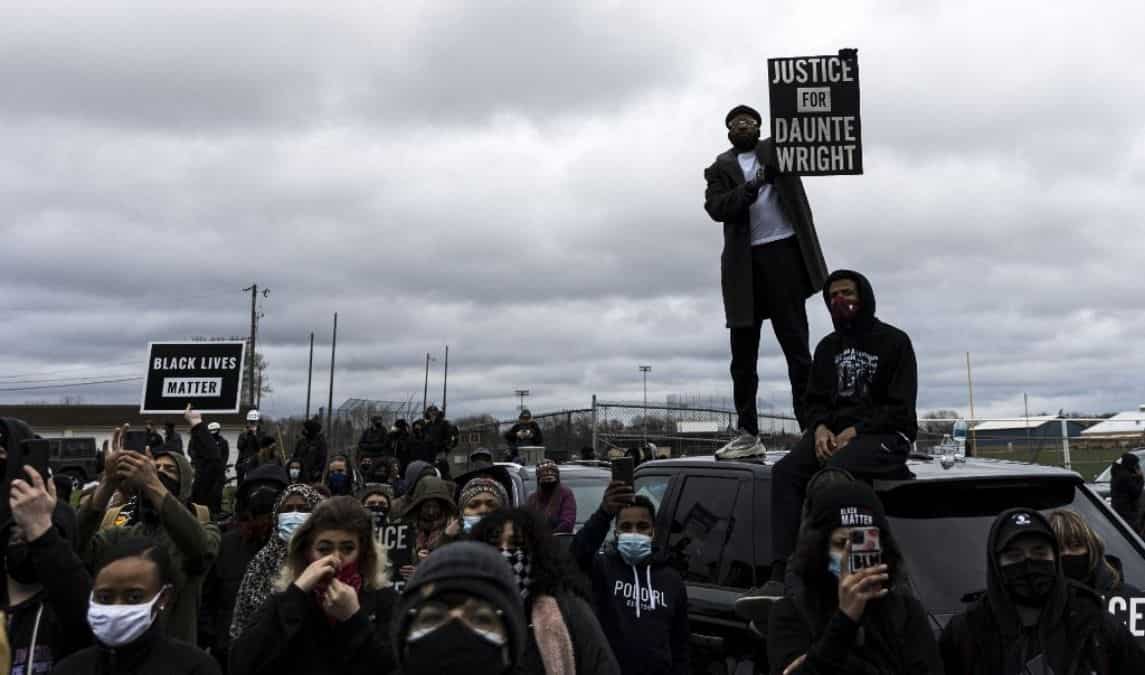 People gather holding signs and flags before curfew to protest the death of Daunte Wright. 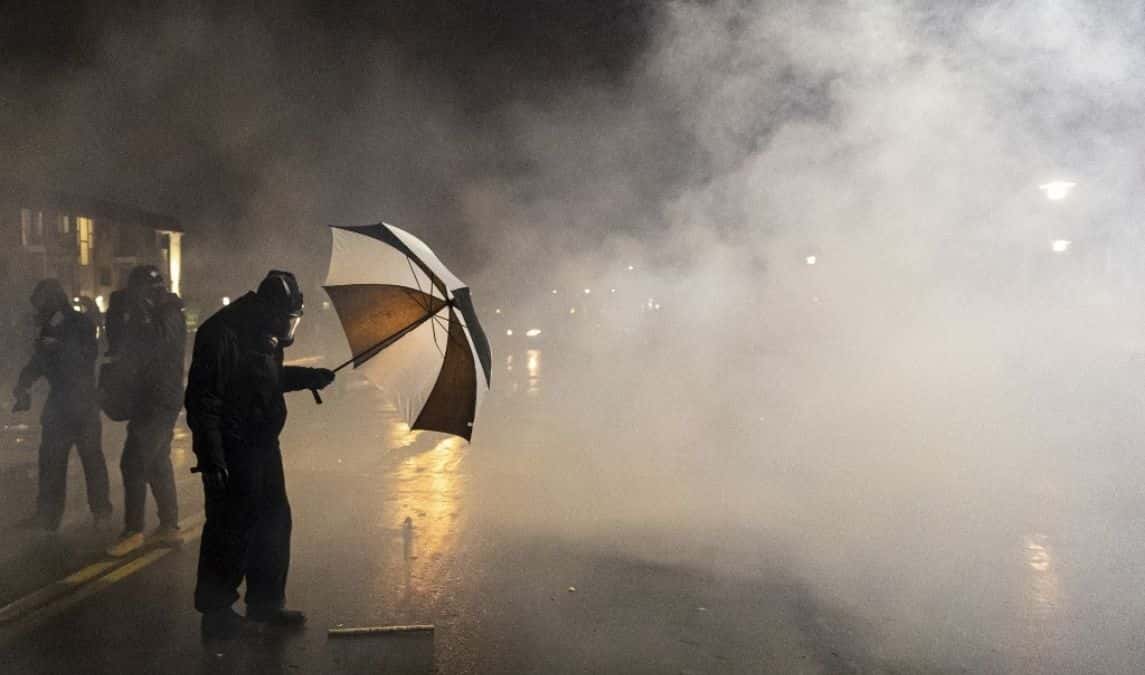 Protesters try to shield themselves from tear gas fired by police outside the Brooklyn Center police station during a protest. 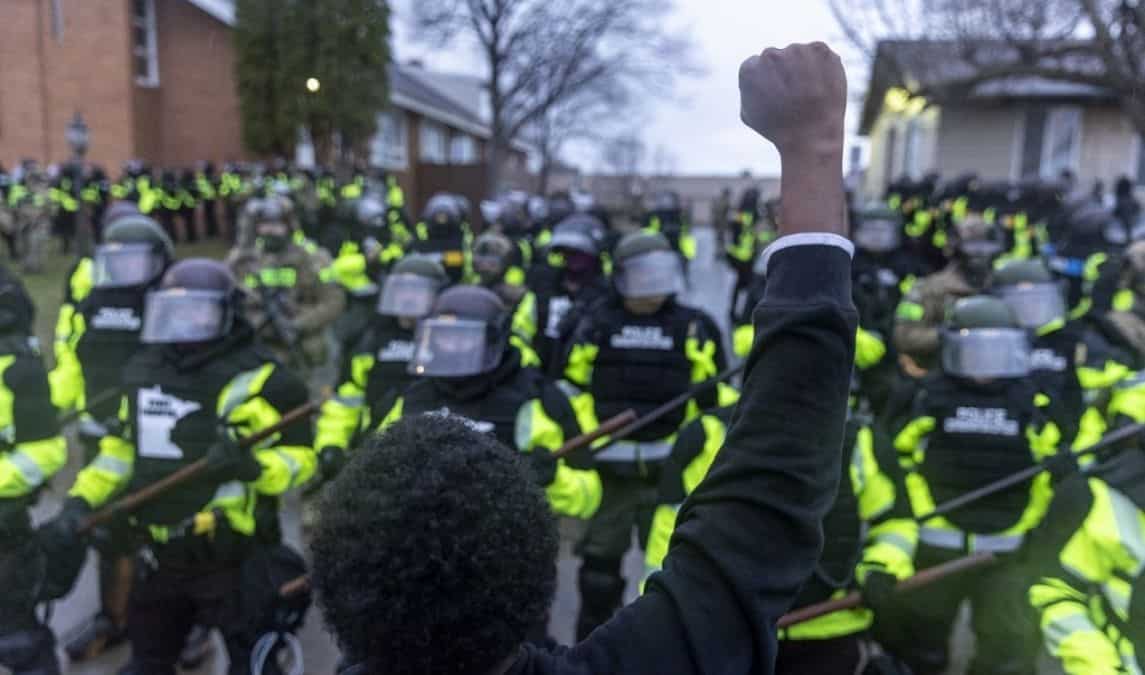 A man raises his fist as he faces the Minnesota State Troopers standing guard outside the Brooklyn Center Police Station.