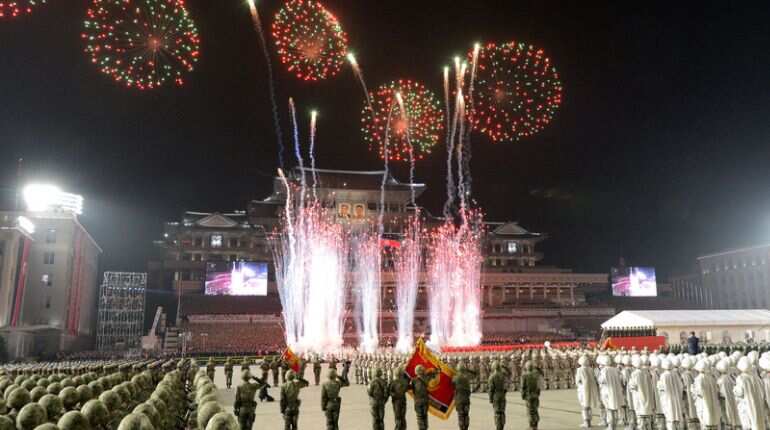 The parade occurred Monday night during celebrations for the founding anniversary of North Korea's armed forces, state news agency KCNA said. It comes as Pyongyang has stepped up weapons tests and displays of military power amid stalled denuclearisation talks with the United States and an incoming conservative administration in South Korea. "The nuclear forces of our Republic should be fully prepared to fulfil their responsible mission and put their unique deterrent in motion at any time," Kim told the gathering, according to KCNA.

The fundamental mission of the North's nuclear force is to deter war, but its use "can never be confined to the single mission," he added.

"If any forces try to violate the fundamental interests of our state, our nuclear forces will have to decisively accomplish its unexpected second mission," Kim said. 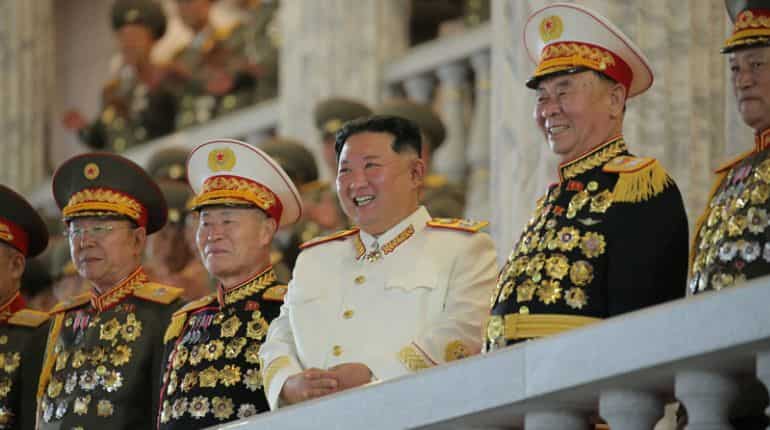 Hong Min, a senior fellow at the Korea Institute for National Unification in Seoul, said Kim's speech could signal a change in his nuclear doctrine to leave open the possibility of "nuclear first use," after previously confining their purpose to deterrence and defence.

"Though he did not specify what makes the 'second mission' or 'fundamental interests', he indicated more broadly that the nuclear force might be used preemptively, not only when they're under attack, but also under certain circumstances," Hong said. 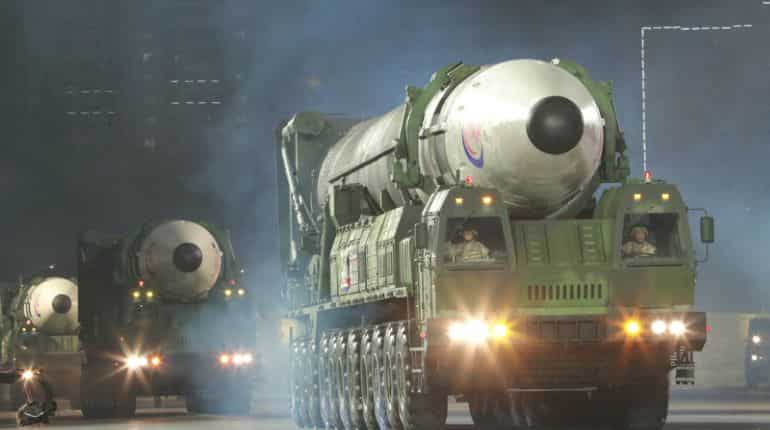 The parade featured North Korea's largest known ICBM, the Hwasong-17, KCNA reported. The massive missile was test fired for the first-time last month, but officials in South Korea believe efforts to conduct a full test ended in an explosion over Pyongyang.

North Korea's Rodong Sinmun newspaper released photos showing the Hwasong-17, as well as what appeared to be hypersonic missiles and submarine-launched ballistic missiles (SLBMs), among other weapons on trucks and launching vehicles rolling by crowds of flag-waving observers and participants.

The procession also included rows of conventional weapons such as artillery, rocket launchers, and prototype tanks, plus tens of thousands of goose-stepping troops shouting "long life" to Kim Jong Un. 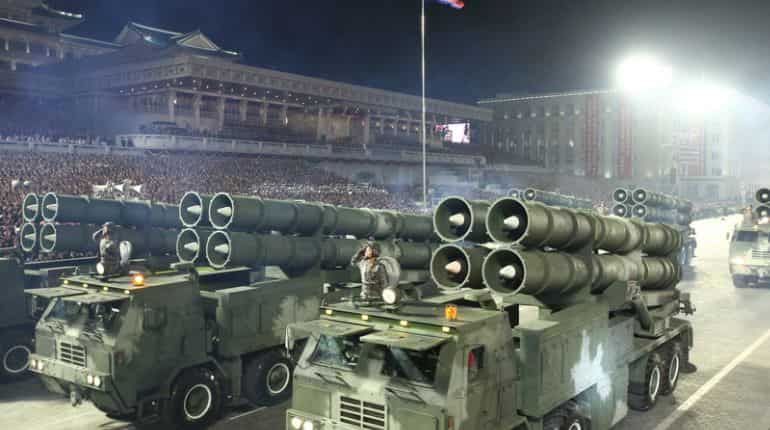 North Korea's ballistic missile and nuclear weapons programmes are banned by United Nations Security Council resolutions, which have imposed sanctions on the country.

US and South Korean officials say there are signs of new construction at North Korea's only known nuclear test site, which has been officially shuttered since 2018, suggesting Pyongyang may be preparing to resume testing nuclear weapons.

North Korea has said it is open to diplomacy, but has rejected Washington's overtures as insincere in view of what Pyongyang sees as "hostile policies" such as sanctions and military drills with the South.