Ethiopia Prime Minister Abiy Ahmed who assumed political leadership in April 2018 was awarded the Nobel Peace Prize on Friday. He was named as the winner of the 100th Nobel Peace Prize in Oslo, where he will receive the award in December 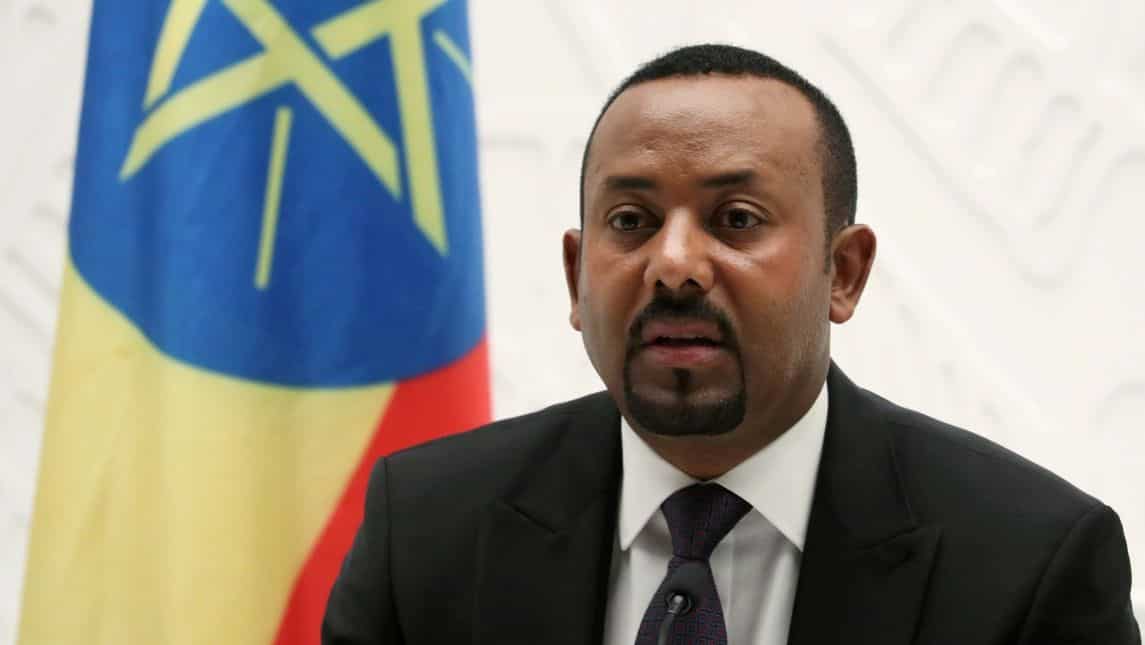 The son of poor villagers, a spy boss, and now the man behind dizzying attempts to reform Africa's fastest-growing economy and heal wounds with Ethiopia's neighbours, Abiy Ahmed has seen an unpredictable and peril-strewn rise to fame.

Another chapter was added to his remarkable tale on Friday when he was awarded the Nobel Peace Prize. 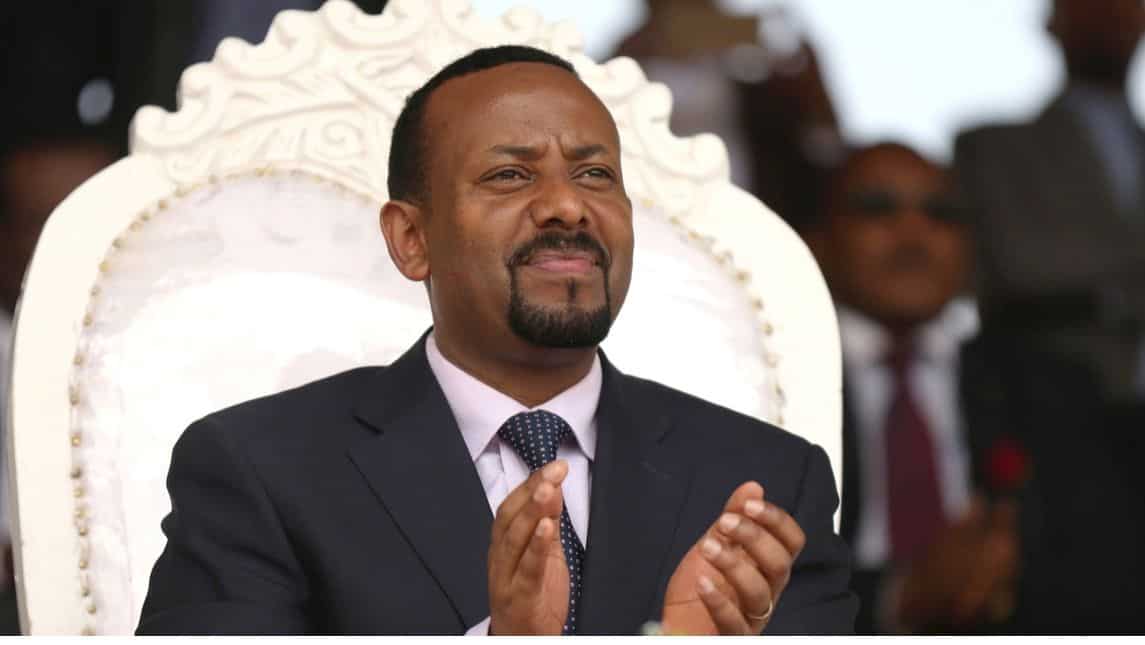 'Sleeping on the floor'

Born in the western town of Beshasha to a Muslim father and Christian mother, Abiy "grew up sleeping on the floor" in a house that lacked electricity and running water.

"We used to fetch water from the river," he said in a wide-ranging radio interview with Sheger FM last month, adding that he didn't even see electricity or an asphalt road until the seventh grade.

Yet Abiy progressed quickly through the power structures created by the ruling coalition, the Ethiopian People's Revolutionary Democratic Front (EPRDF), after it took power from the Derg military junta in 1991. 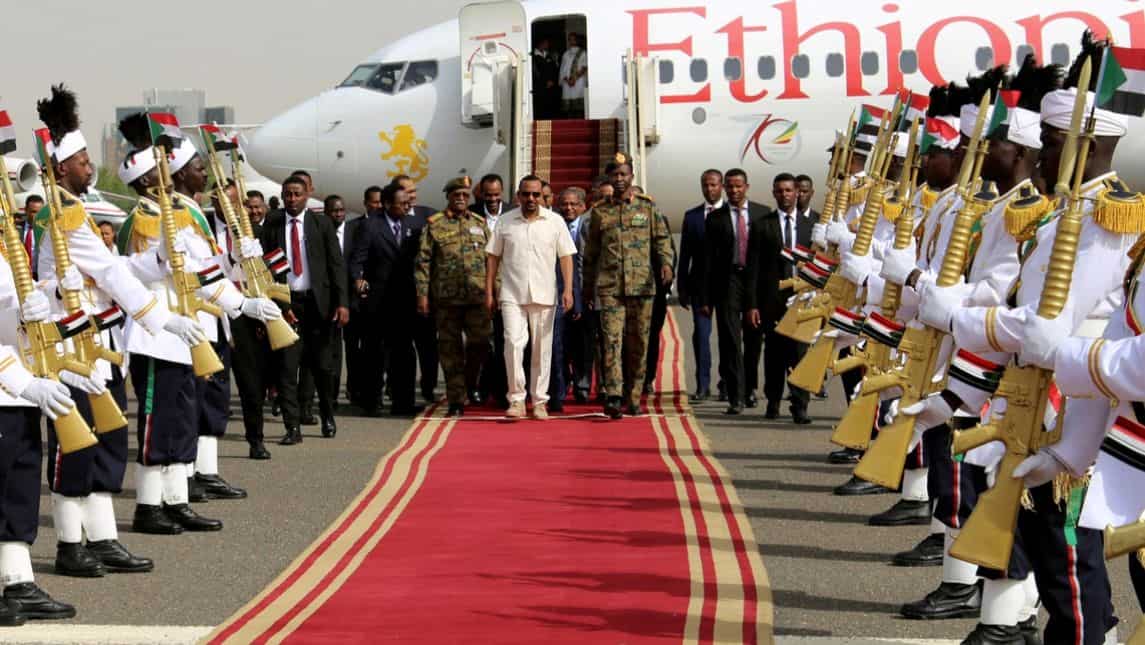 Fascinated with technology, Abiy joined the military as a radio operator while he was still a teenager.

He rose to lieutenant-colonel before entering government, first as a securocrat -- he was the founding head of Ethiopia's cyber-spying outfit, the Information Network Security Agency.

He then became a minister in the capital Addis Ababa, and a party official in his home region of Oromia. 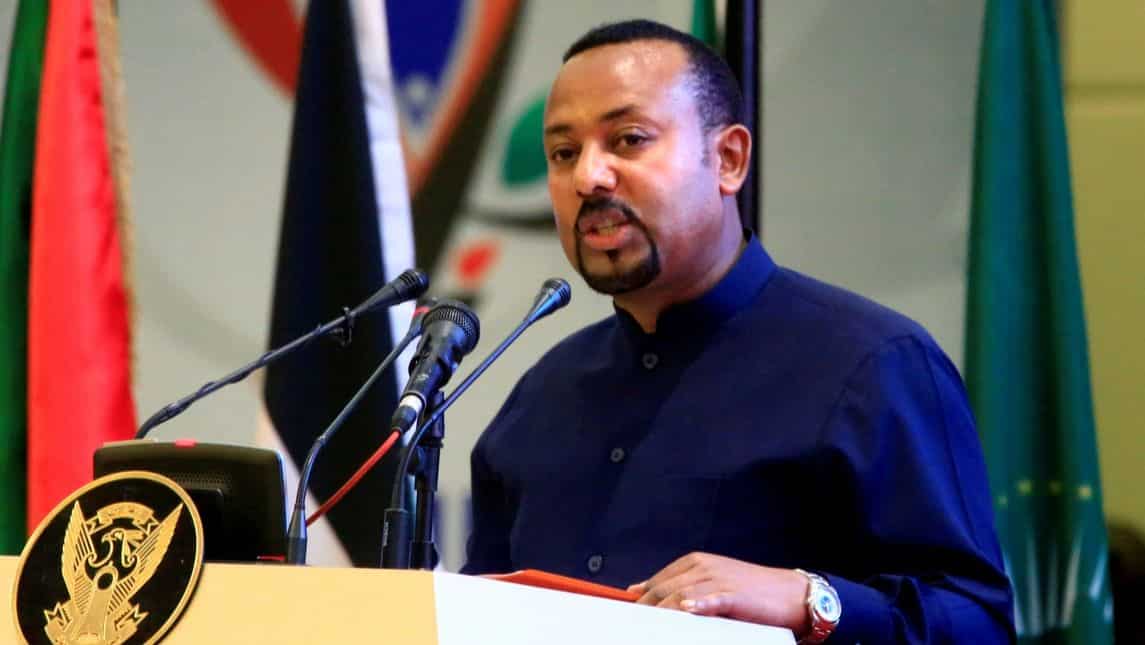 Since becoming Ethiopian prime minister in April 2018, the 43-year-old has aggressively pursued policies that have the potential to upend his country's society and reshape dynamics beyond its borders.

Within just six months of his swearing-in, Abiy made peace with bitter foe Eritrea, released dissidents from jail, apologised for state brutality, and welcomed home exiled armed groups branded "terrorists" by his predecessors. 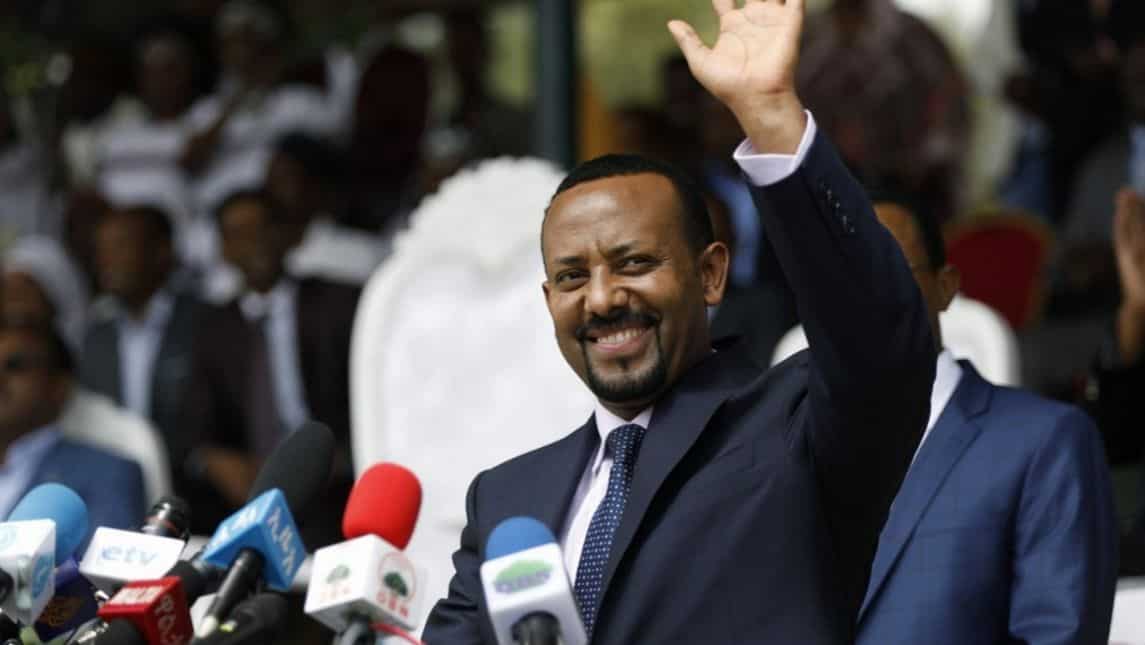 The circumstances that led to Abiy's ascent to high office can be traced to late 2015.

A government plan to expand the capital's administrative boundaries into the surrounding Oromia region was seen as a land grab sparking protests led by the Oromo, Ethiopia's largest ethnic group, and the Amhara people.

States of emergency and mass arrests -- typical EPRDF tactics -- worked to quell the protests but failed to address the underlying grievances.

When then-prime minister Hailemariam Desalegn abruptly resigned, many feared a power-struggle within the EPRDF, or even an unravelling of the coalition that would leave a dangerous vacuum. 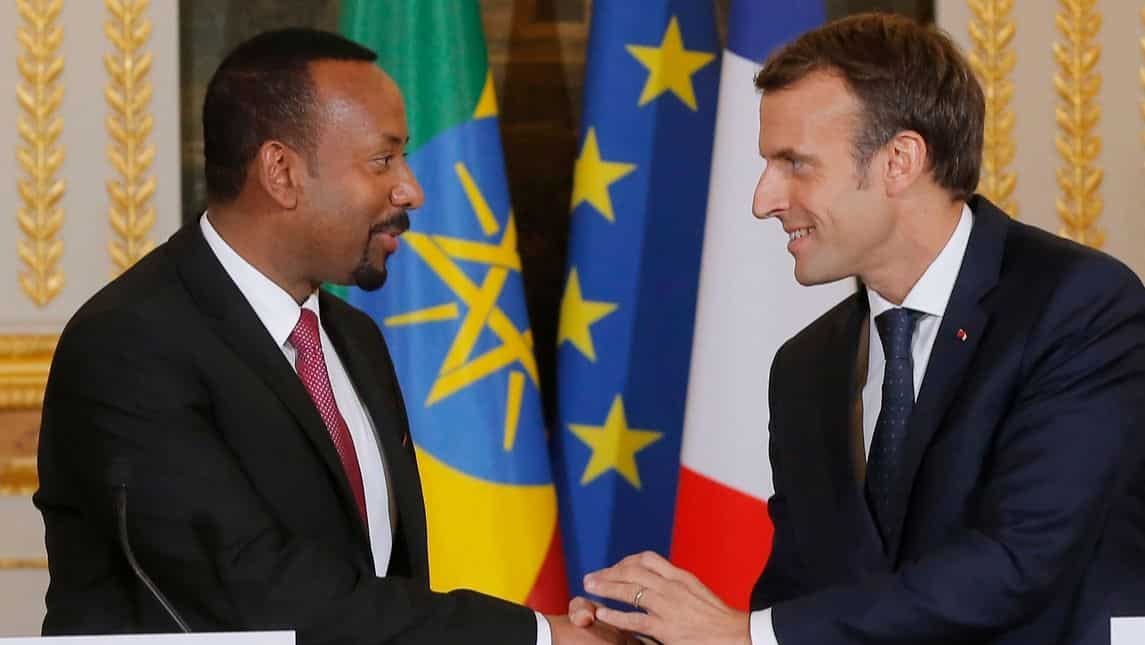 When Abiy Ahmed became Prime Minister in April 2018, he made it clear that he wished to resume peace talks with Eritrea.

In close cooperation with Isaias Afwerki, the President of Eritrea, Abiy Ahmed quickly worked out the principles of a peace agreement to end the long 'no peace, no war' stalemate between the two countries.

These principles are set out in the declarations that Prime Minister Abiy and President Afwerki signed in Asmara and Jeddah last July and September.

An important premise for the breakthrough was Abiy Ahmed's unconditional willingness to accept the arbitration ruling of an international boundary commission in 2002. 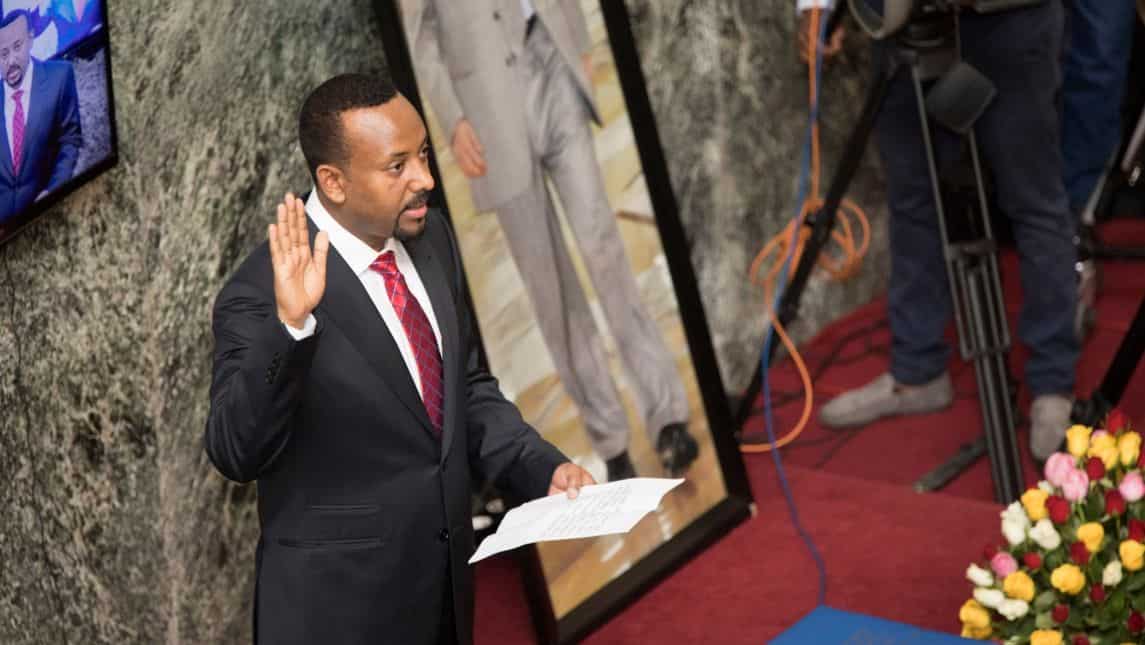 In Ethiopia, even if much work remains, Abiy Ahmed has initiated important reforms that give many citizens hope for a better life and a brighter future.

Abiy spent his first 100 days as Prime Minister lifting the country's state of emergency, granting amnesty to thousands of political prisoners, discontinuing media censorship, legalising outlawed opposition groups, dismissing military and civilian leaders who were suspected of corruption, and significantly increasing the influence of women in Ethiopian political and community life. He has also pledged to strengthen democracy by holding free and fair elections.