James Webb heralds new era of astronomy: Here's all you need to know about these stunning pictures

NASA has finally released the images taken by James Webb Space Telescope (JWST), which is the most powerful telescope launched into space and it reached its final orbit around the sun, approximately 930,000 miles from Earth's orbit, this year in January.

From the cosmic cliffs of a stellar nursery to a quintet of galaxies bound in a celestial dance, the James Webb telescope is heralding a new era of astronomy. 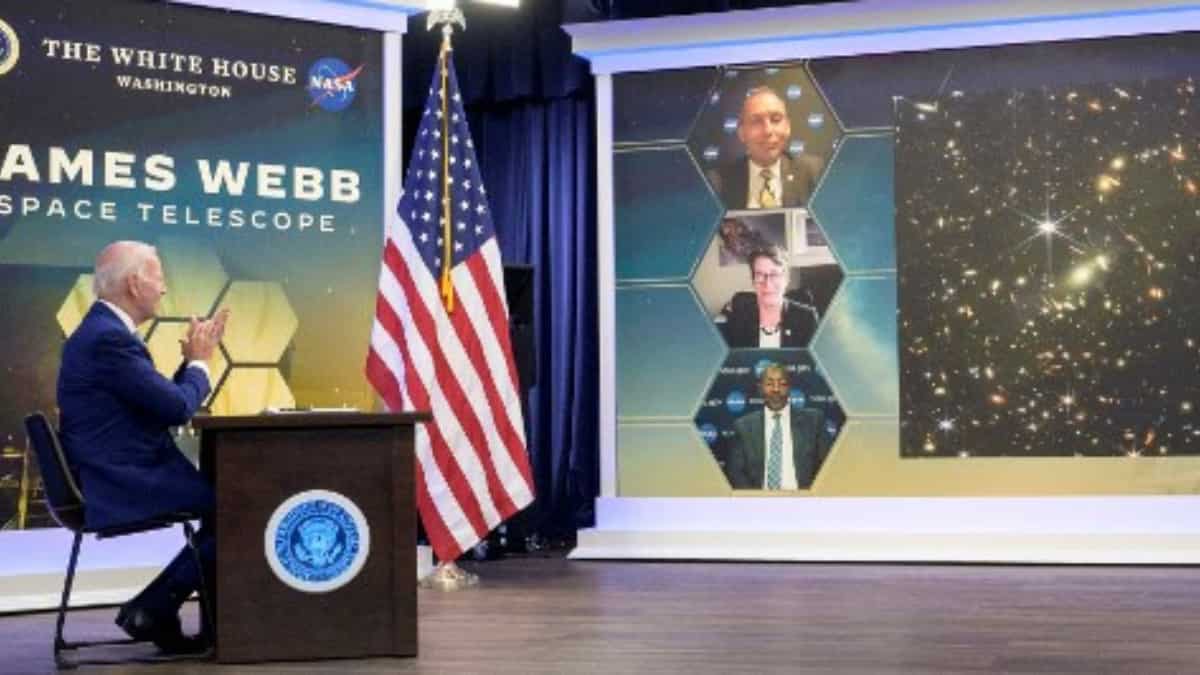 The powerful telescope has revealed the "deepest and sharpest infrared image of the early universe" ever taken, looking back more than 13 billion years. 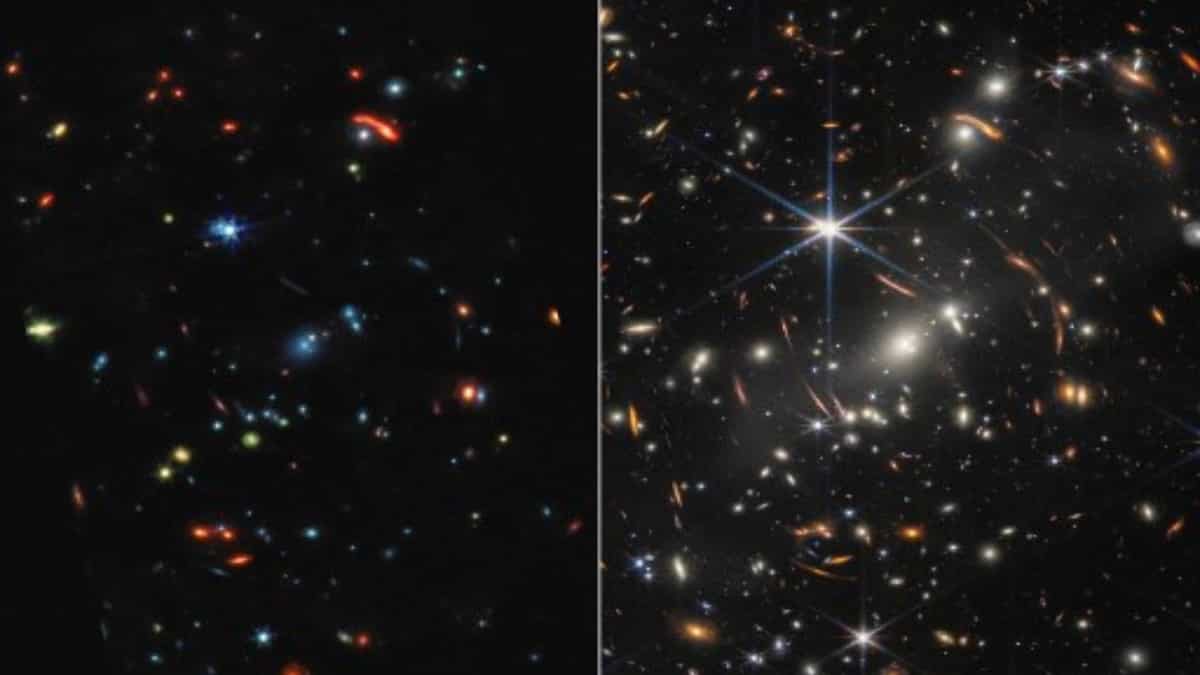 This is the FIRST image!

Webb revealed the clearest image to date of the early universe, going back 13 billion years.

NASA said that this comparison image shows the invisible near- and mid-infrared wavelengths of light that have been translated into visible-light colours, one of the first images taken by JWST. Landscape of 'mountains' and 'valleys'

This image shows a landscape of "mountains" and "valleys" speckled with glittering stars which is actually the edge of a nearby, young, star-forming region called NGC 3324 in the Carina Nebula.

Captured in infrared light by the JWST, this image reveals for the first time previously invisible areas of star birth. 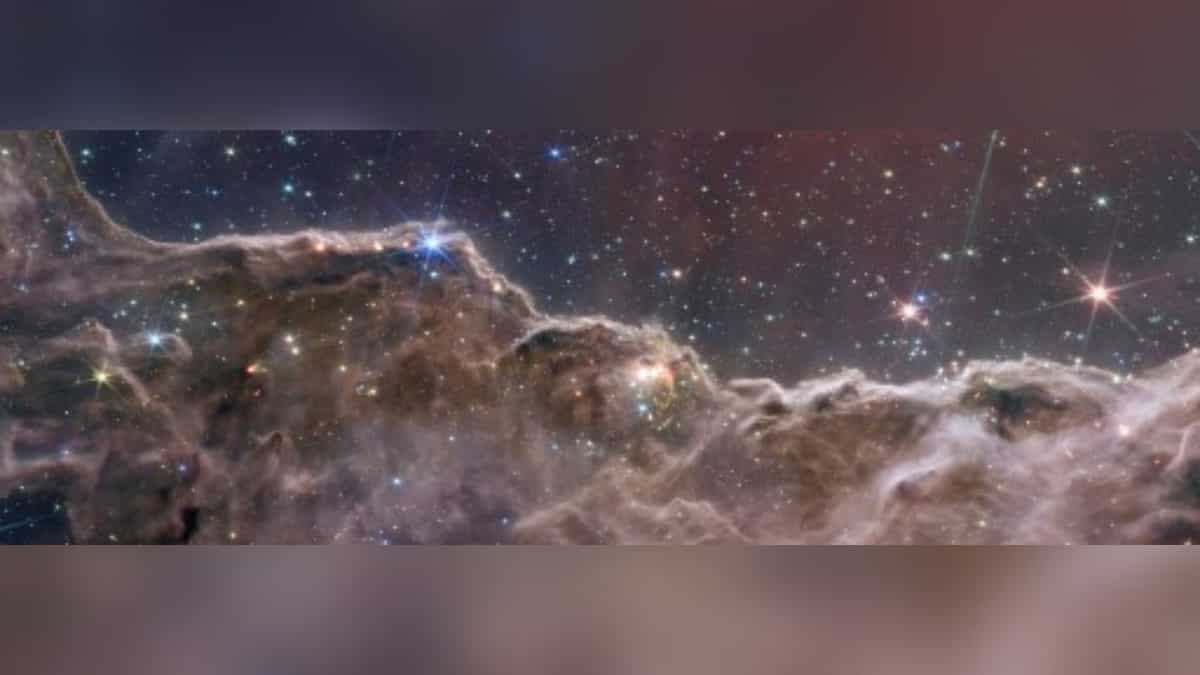 A composite image of the Cosmic Cliffs in the Carina Nebula, created with NIRCam and MIRI instrument data from NASA's James Webb Space Telescope. This image shows Stephan’s Quintet is a visual grouping of five galaxies, in a new light. This enormous mosaic is JWST’s largest image to date, covering about one-fifth of the Moon’s diameter. It contains over 150 million pixels and is constructed from almost 1,000 separate image files.

In this image, we see five galaxies, four of which interact. NASA revealed that the left galaxy is actually much closer to us than the rest of the group.

These colliding galaxies are pulling and stretching each other in a gravitational dance. 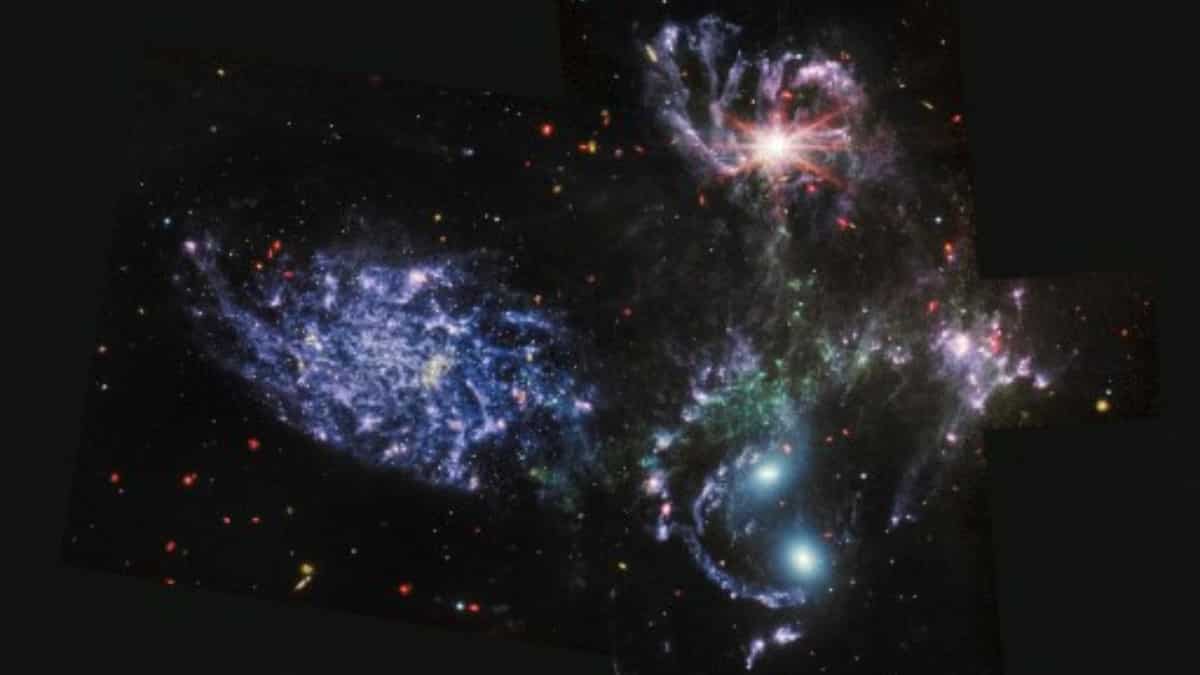 This image from the Mid-Infrared Instrument (MIRI) on the JWST shows never-before-seen details of Stephan’s Quintet, a visual grouping of five galaxies. MIRI pierced through dust-enshrouded regions to reveal huge shock waves and tidal tails, gas and stars stripped from the outer regions of the galaxies by interactions.

It also unveiled hidden areas of star formation. The new information from MIRI provides invaluable insights into how galactic interactions may have driven galaxy evolution in the early universe. 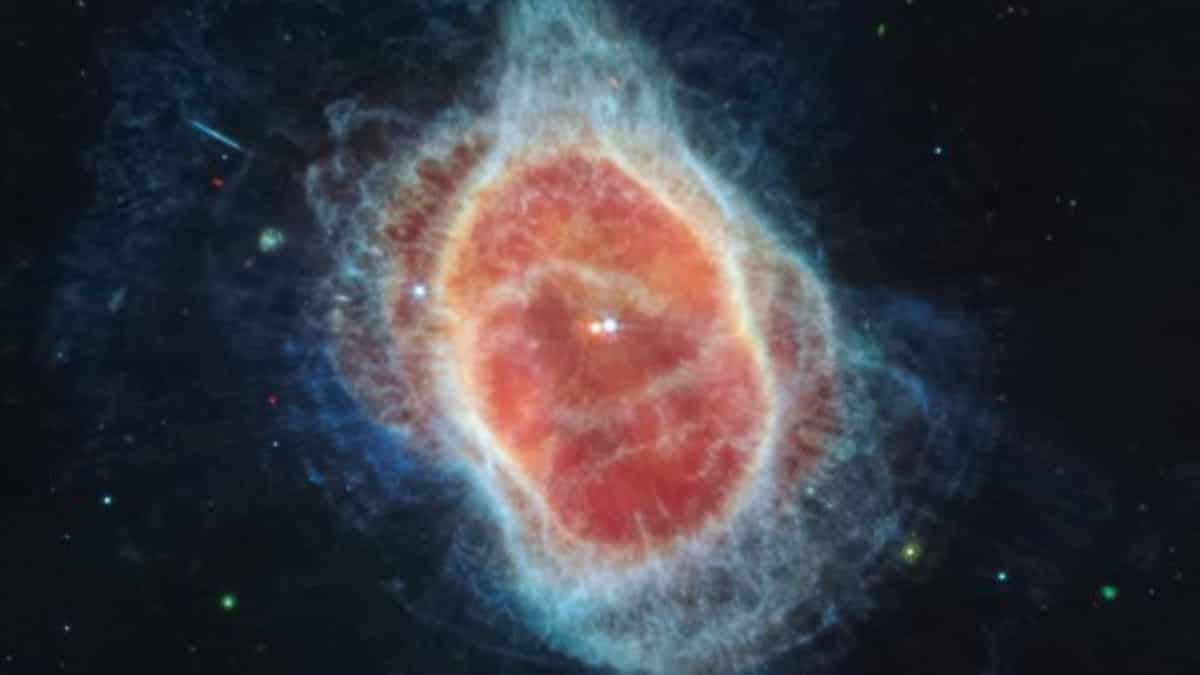 This image shows revealed the cloak of dust around the second star, shown at the left in red, at the centre of the Southern Ring Nebula for the first time. It is a hot dense white dwarf star. 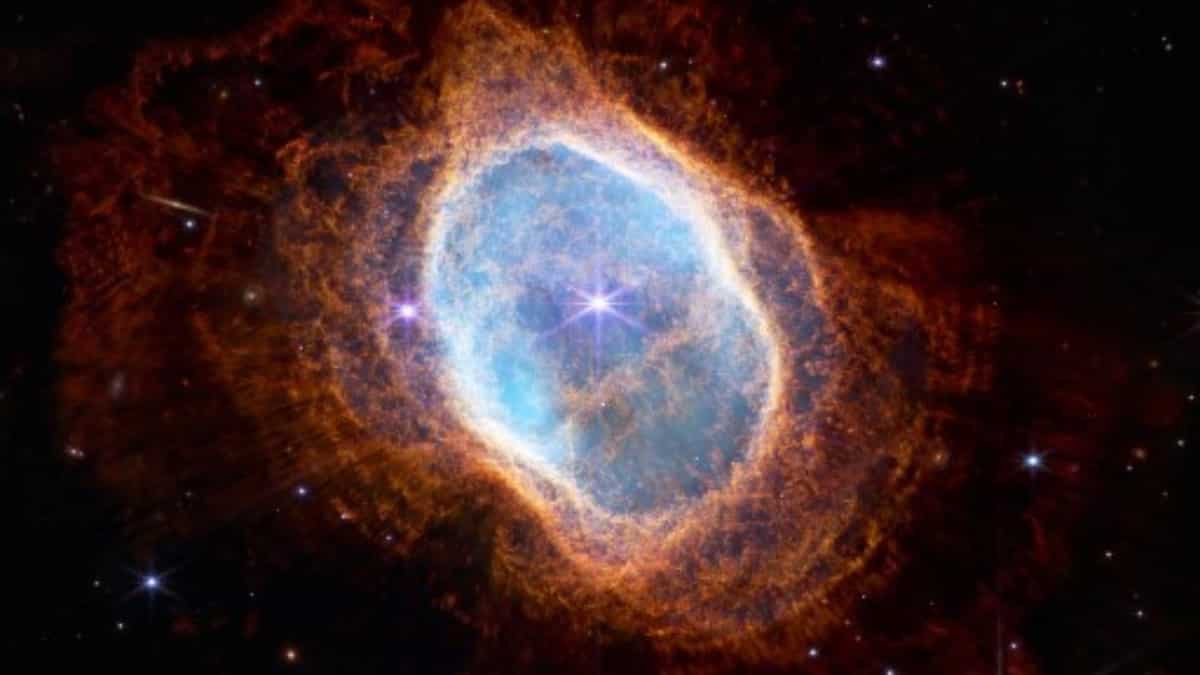 This image shows the bright star at the centre of NGC 3132, while prominent when viewed by JWST in near-infrared light, plays a supporting role in sculpting the surrounding nebula.

A second star, barely visible at the lower left along one of the bright star’s diffraction spikes, is the nebula’s source. It has ejected at least eight layers of gas and dust over thousands of years.