Former South African president Jacob Zuma is in jail and his supporters are causing violence in the country's cities. On Sunday, violence reached Johannesburg, South Africa's commercial hub. Cars were burnt, shops were looted and stick-wielding protesters were seen on the street. Violence hit Durban as well. Here is a look at the mayhem that unfolded. 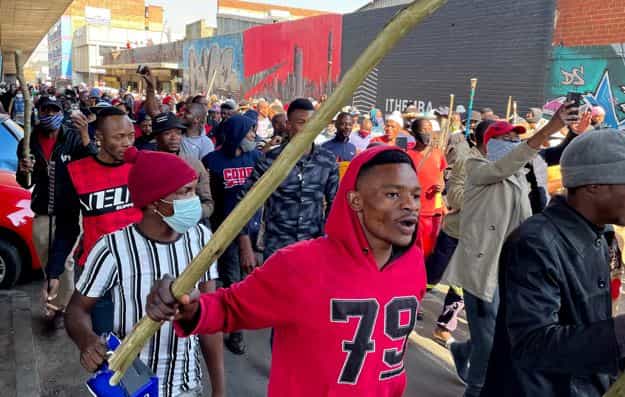 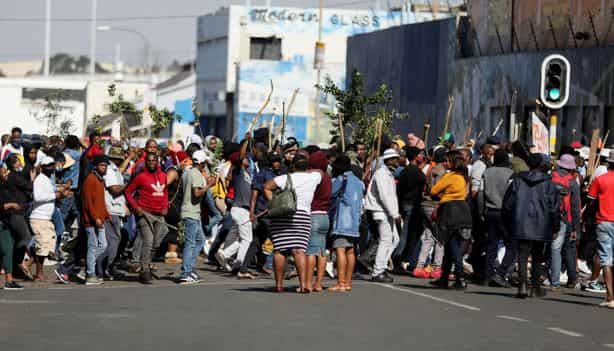 There was no containing the crowds. Police were hard pressed to control the situation. 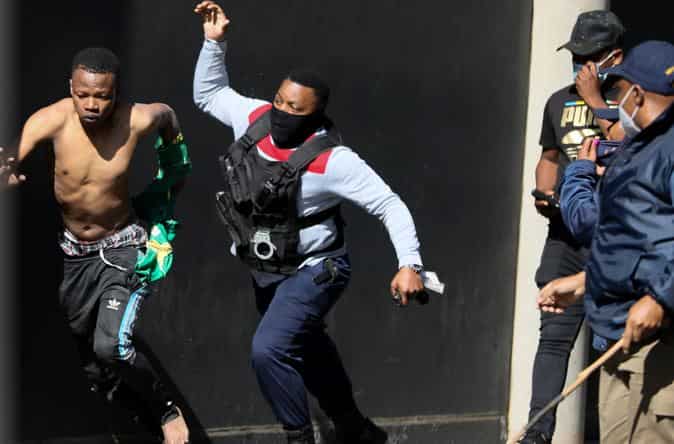 A police officer detains a suspect during a protest 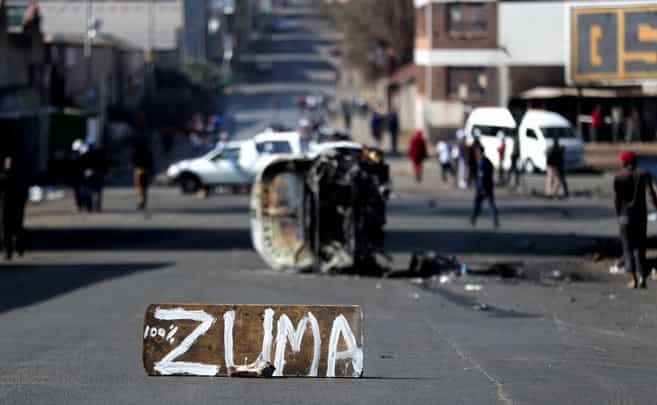 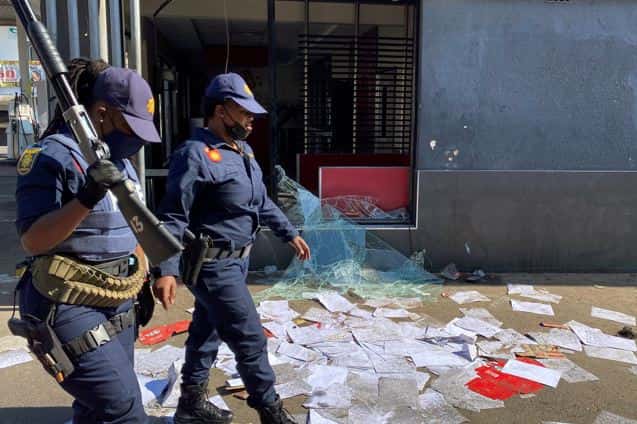 Police walk past a shop looted in protests