In pictures: 157 artefacts that PM Modi is bringing to India on his way back from US trip

During Prime Minister Narendra Modi's visit to New York for the 76th United Nations General Assembly, the United States presented him with 157 antiquities and artefacts.

The list of 157 artefacts that Modi is bringing back to India includes a diverse set, with items ranging from 1.5 metre bas relief panel of Revanta in sandstone from 10th CE, to the 8.5 cm tall, exquisite bronze Nataraja from the 12th CE.

The items largely belong to the period of 11th CE to 14th CE, as well as historic antiquities such as the copper anthropomorphic object of 2000 BC, or the terracotta vase from the 2nd CE.

Some 45 antiquities belong to Before Common Era (BCE) Nataraja: With its design and dimensions based on Hindu writings on art, the sculpture represents Shiva as the lord of dance and dramatic arts. 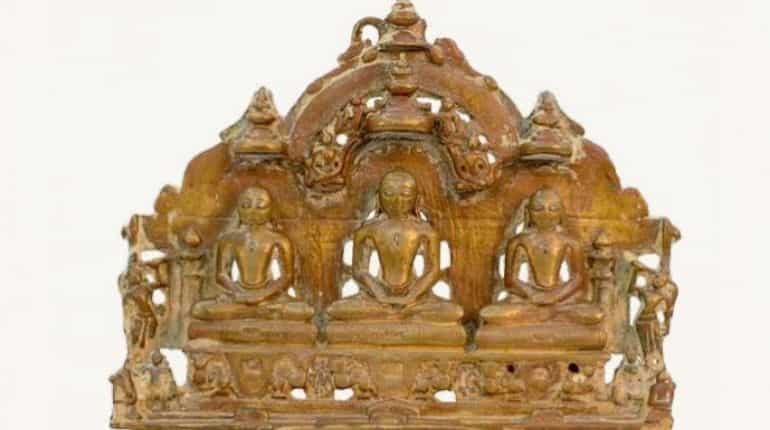 On a pedestal, three Thirthankaras are seated.On the back of the prabhaali, there is an inscription (in Sanskrit; nagariscript).Dates from the 12th century.It documents Jasadeva's donation of the image to the Brahma gotra.

A Tirthankara, according to Jains, is a person who has mastered the sasra, or cycle of death and rebirth, on their own and paved the way for others to follow. (Left) This is a large painting on paper by an anonymous painter depicting the scene possibly influenced by the famed works of Rasikapriya composed by poet Keshava Das [ 1555-1617]. The reverse of the painting bears a rubber stamp marking which clearly states that it once formed part of the personal collection of Maharaja of Bikaner and was duly accessioned in 1964.

(Right) This object is depicting Siva as Lingodhbhava. Such images aregenerally placed in the niche on the western side of any Siva temple. The image depicts a four-armed Siva within the linga, representing the eternal flame. On the bottom Vishnu is depicted as a boar digging deep into the earth. Brahma is depicted as a swan flying to reach the sky. 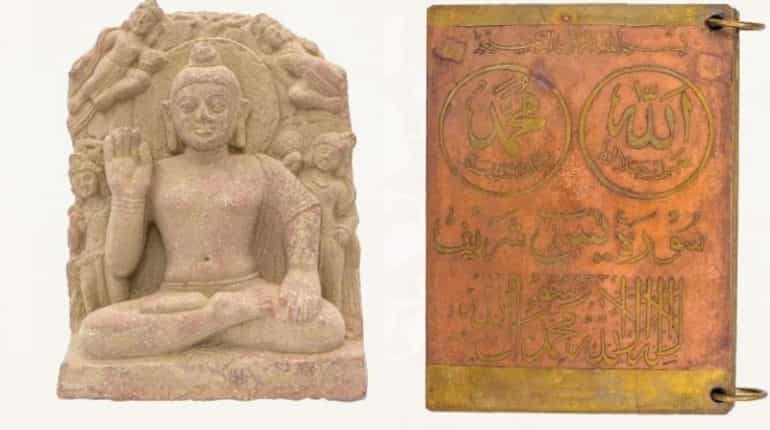 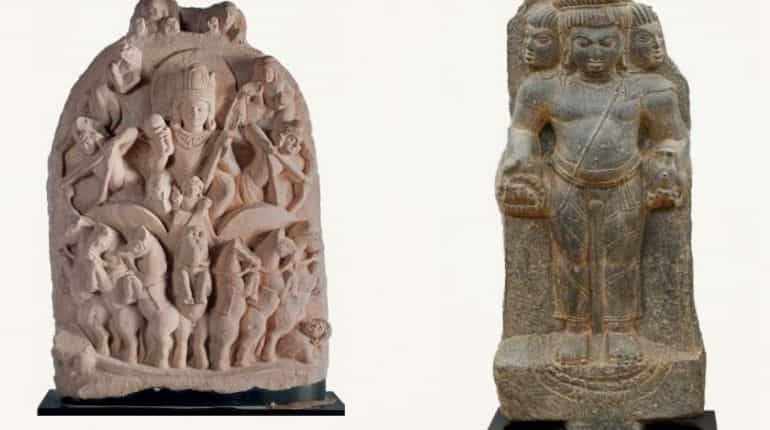 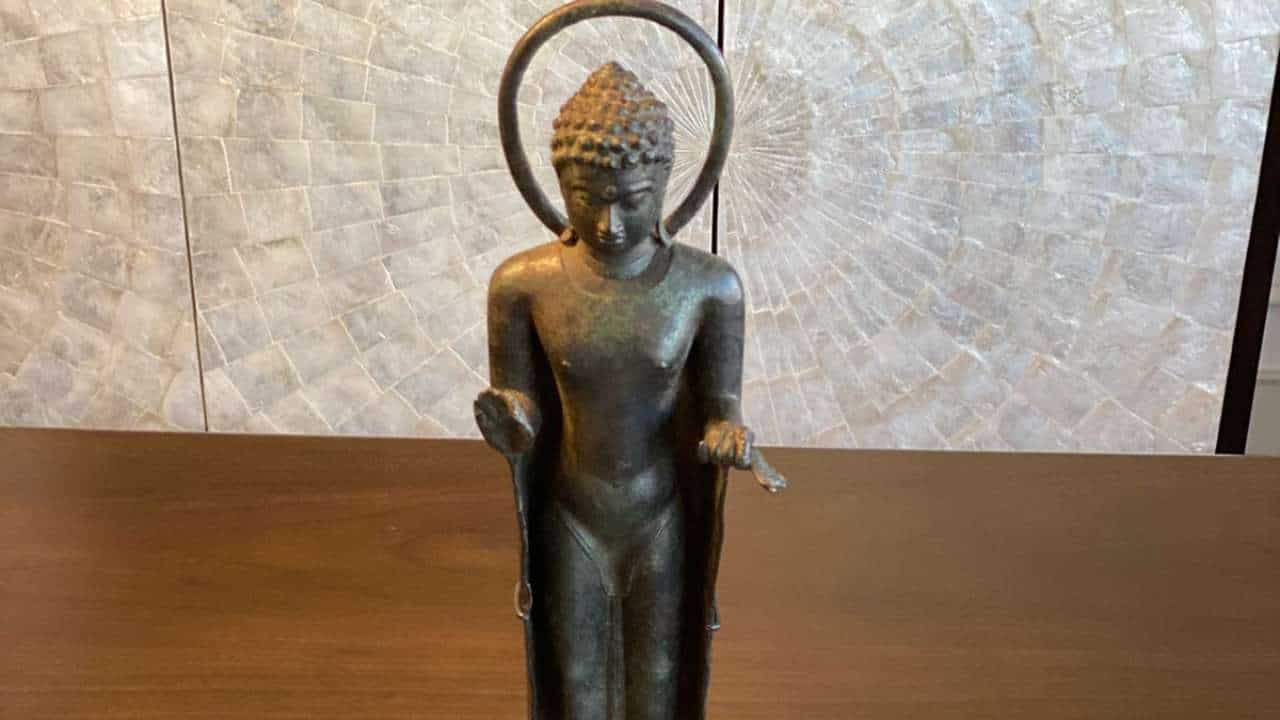 Religious sculptures from Buddhism - Standing Buddha, Boddhisattva Majushri, Tara - and Jainism - Jain Tirthankara, Padmasana Tirthankara, Jaina Choubisi - are among the motifs, as are secular motifs such as Amorphous couple in Samabhanga, Chowri Bearer, Female playing drum, and so on. (Image courtesy: Government of India) 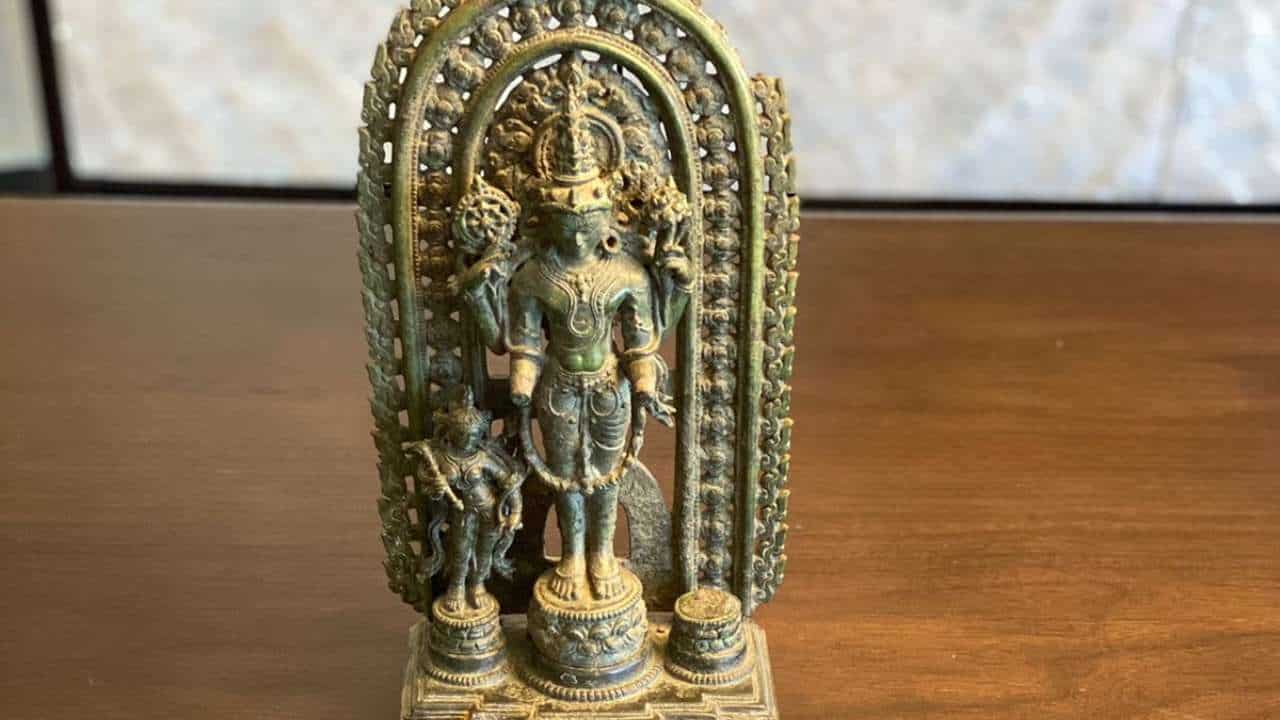 The bronze collection largely consists of beautiful figurines of Lakshmi Narayana, Buddha, Vishnu, Siva Parvathi, and the 24 Jain Tirthankaras, as well as lesser-known deities and divine figures such as Kankalamurti, Brahmi, and Nandikesa. 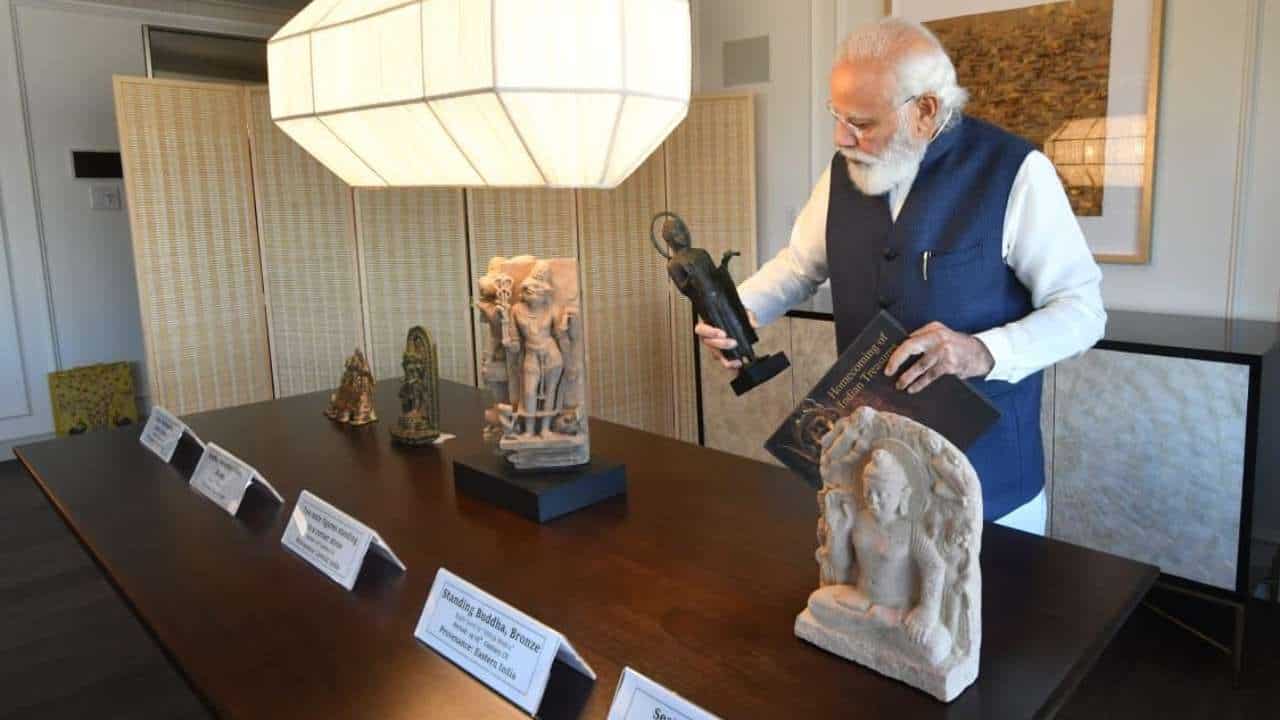 The majority of the pieces date from the 11th to 14th centuries CE, as well as ancient artefacts such as a copper anthropomorphic object from 2000 BC or a terracotta vase from the 2nd century CE. The figurines associated with Hinduism (60), Buddhism (16), and Jainism (9) make up the other half of the items (71).