In pics: Thousands of protesters gather to call for help of Ukraine in US

Its been more than six weeks since the Russian invasion in Ukraine, protests all over the world are being orgainsed to stop it but this time protesters in New York gathered to protest against the Russian soldiers sexually abusing Ukrainian women, children and mass killings.

Nearly 4,000 of protesters gathered at New York’s Washington Square Park on Friday to oppose killings, rape and torture by the Russian forces in Ukraine. The protest rally was organised by ‘Razom For Ukraine’ where the protesters protested silently but was later interrupted by loud screaming at the very end hearing Ukrainian people in pain, said Maryna Prykhodo. 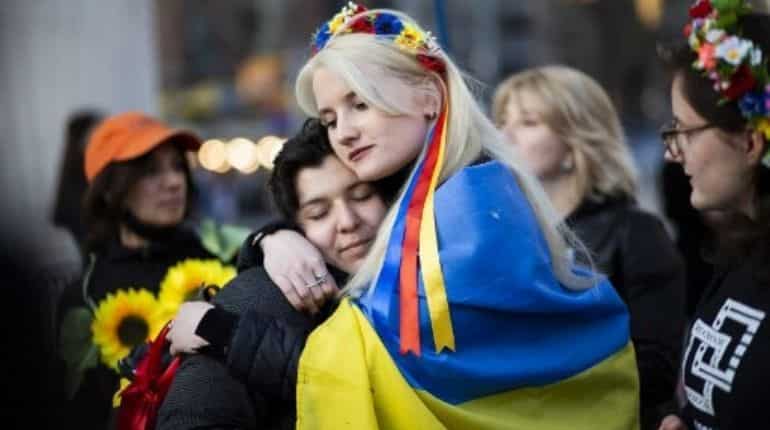 According to the board member, Mrykhodo who said the current rally used #russiarapes to bring not only Americans but also global attention to the Russian soldiers raping women and children, torturing men, women and children and slaughtering everything they sight.

"We need the American public and the people that saw this rally today to understand the gravity of the situation and act and do something about it." 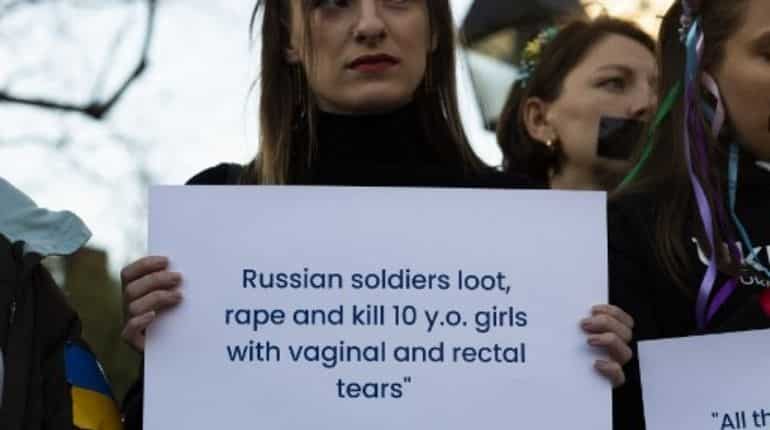 Women holding signs regarding the sexual abuse by the Russian soldiers. 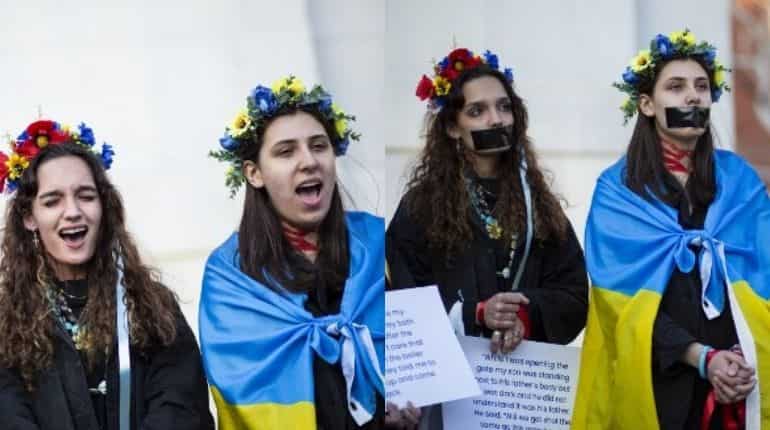 One of the protesters Oksana Fraccavento during protest said that his country Ukraine is currently suffering.

He said, “"My people got killed, civilians. So for me, it is very important to speak, to scream, to yell that world, 'Wake up, look what's going on!'" 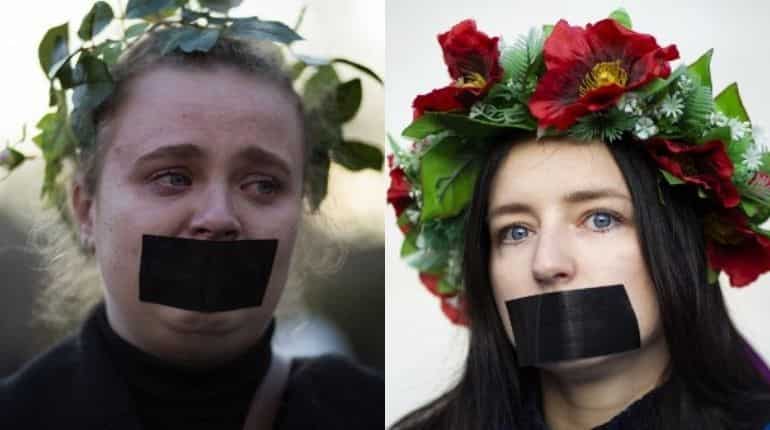 Standing in silence but for solidarity

Most of the protesters in New York taped their mouth with black tape and even tied their hands with red ribbon to show their criticism towards Russian invasion. Even small kids took part in the protest.