Ukrainian President Volodymyr Zelensky has accused Russia of carrying out genocide after Ukrainian officials said Russian aircraft bombed a children's hospital on Wednesday, burying patients in rubble despite a ceasefire deal for people to flee the besieged city of Mariupol.

International leaders and Ukraine accused Russia of a "barbaric" attack on a children's hospital, as civilians continued to bear the brunt of the conflict two weeks into Moscow's invasion. 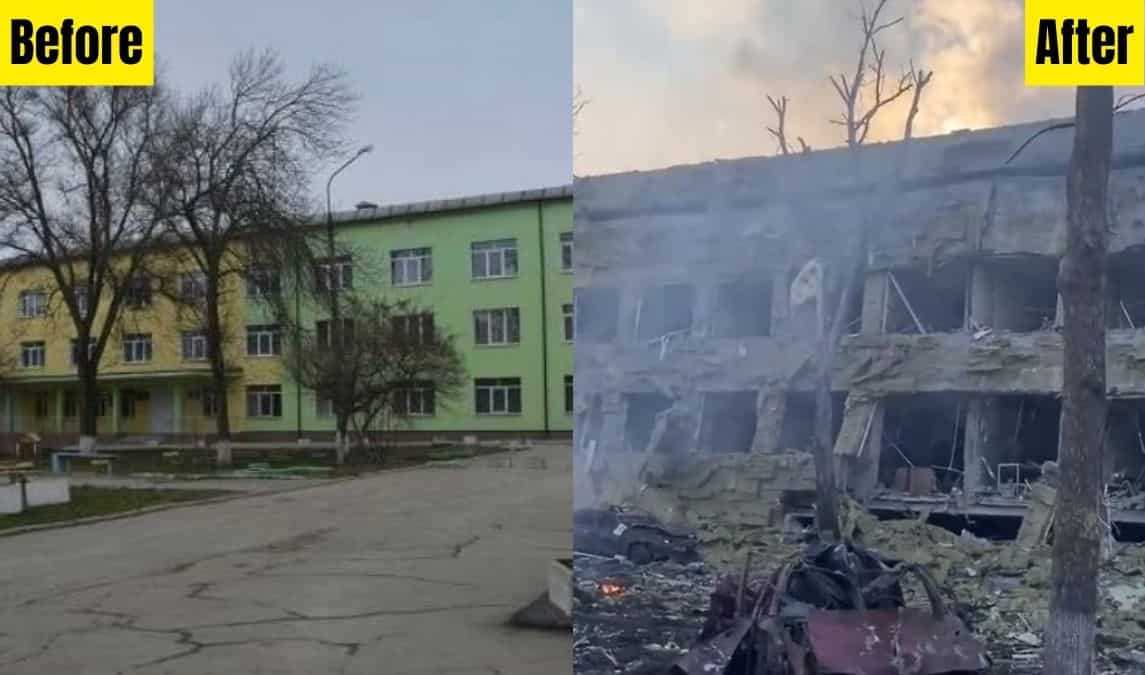 Mariupol's children hospital | Before & after

President Zelensky condemned the attack as a "war crime," sharing video footage of the massive destruction visible at the hospital in the southern port city.

Local officials said at least 17 staff members were wounded in the attack, but no deaths were immediately reported. The "direct strike by Russian troops" has according to Zelensky left children trapped under the wreckage.

The Russian foreign ministry did not deny the attack but accused Ukrainian "nationalist battalions" of using the hospital for setting up firing positions after clearing it of the staff and patients. 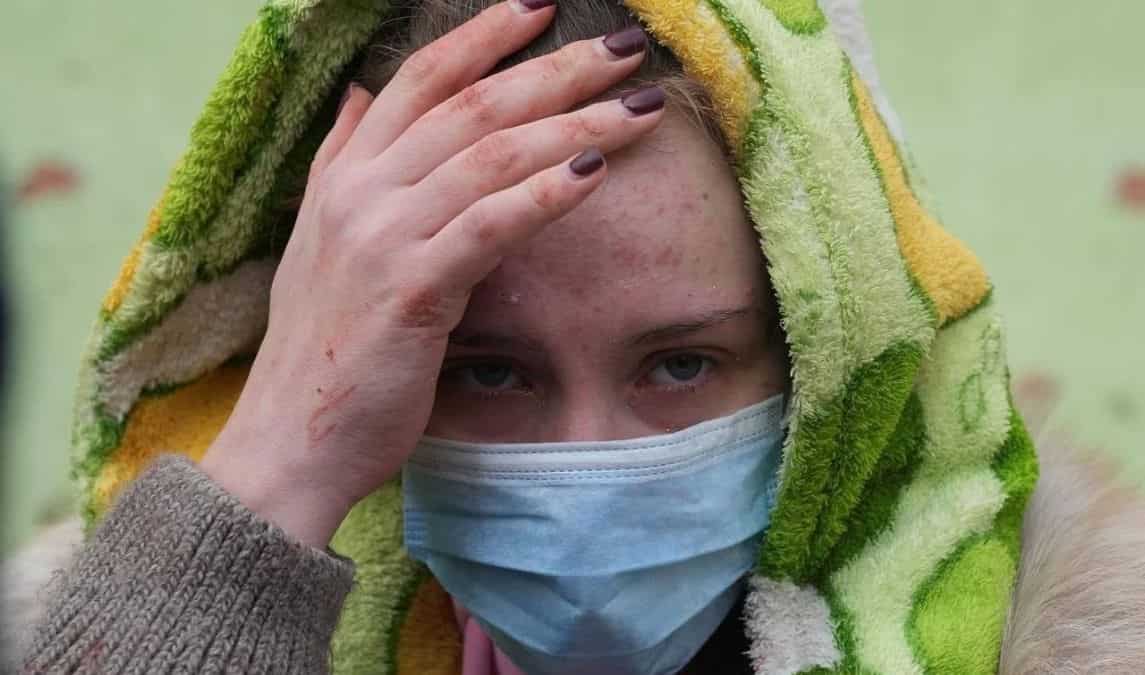 'What kind of country is this?'

"What kind of country is this, the Russian Federation, which is afraid of hospitals, is afraid of maternity hospitals, and destroys them?" Zelenskiy said in a televised address late on Wednesday.

Zelenskiy repeated his call for the West to tighten sanctions on Russia "so that they sit down at the negotiating table and end this brutal war". The bombing of the children's hospital, he said, was "proof that a genocide of Ukrainians is taking place". 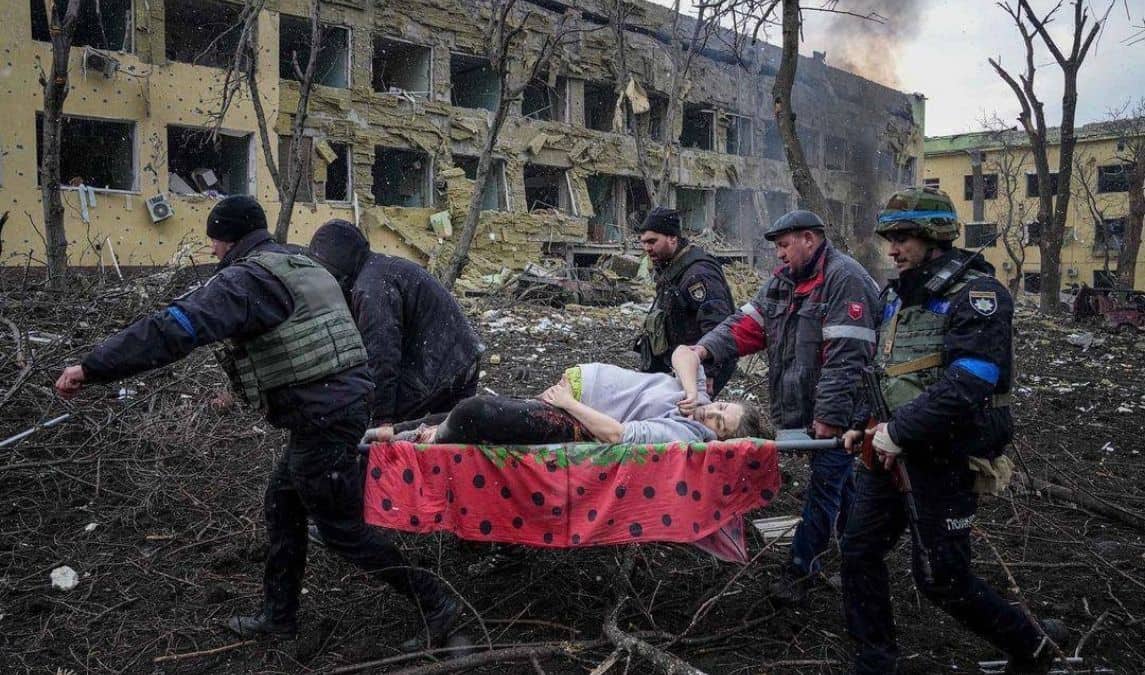 Video shared from the site by rescue workers showed a scene of complete devastation, with the wounded being evacuated, some on stretchers, past charred and burning carcasses of cars and a massive crater by the building. 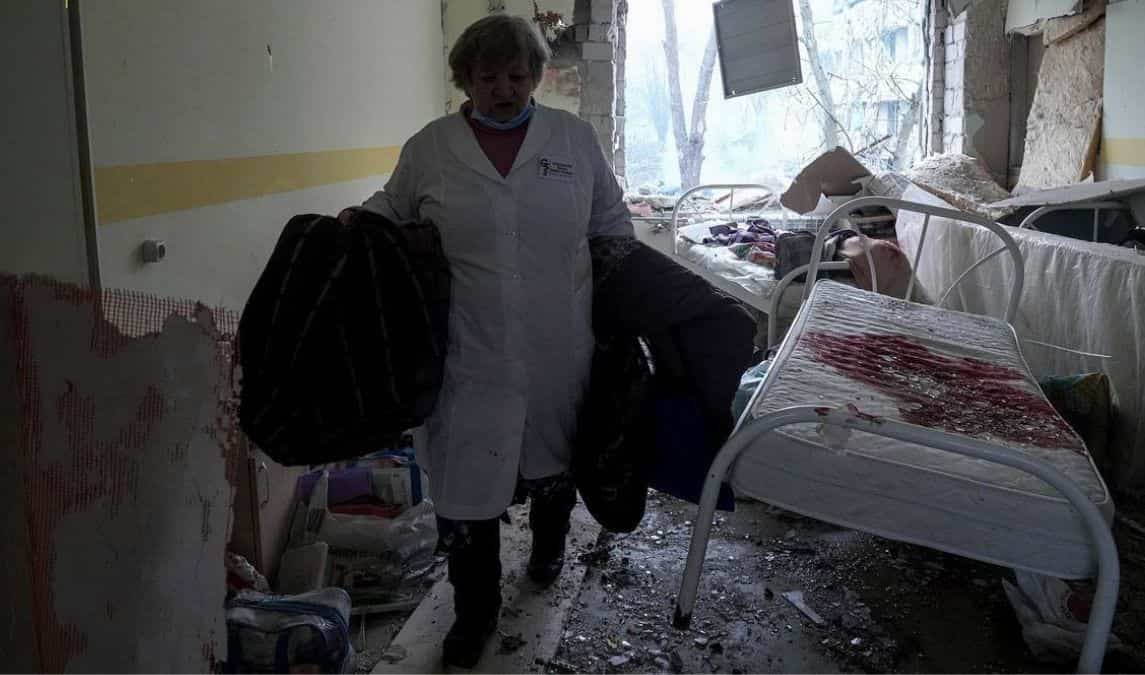 Inside, debris, shattered glass and splintered wood littered corridors, administrative offices and bedrooms, with mattresses thrown from their frames. 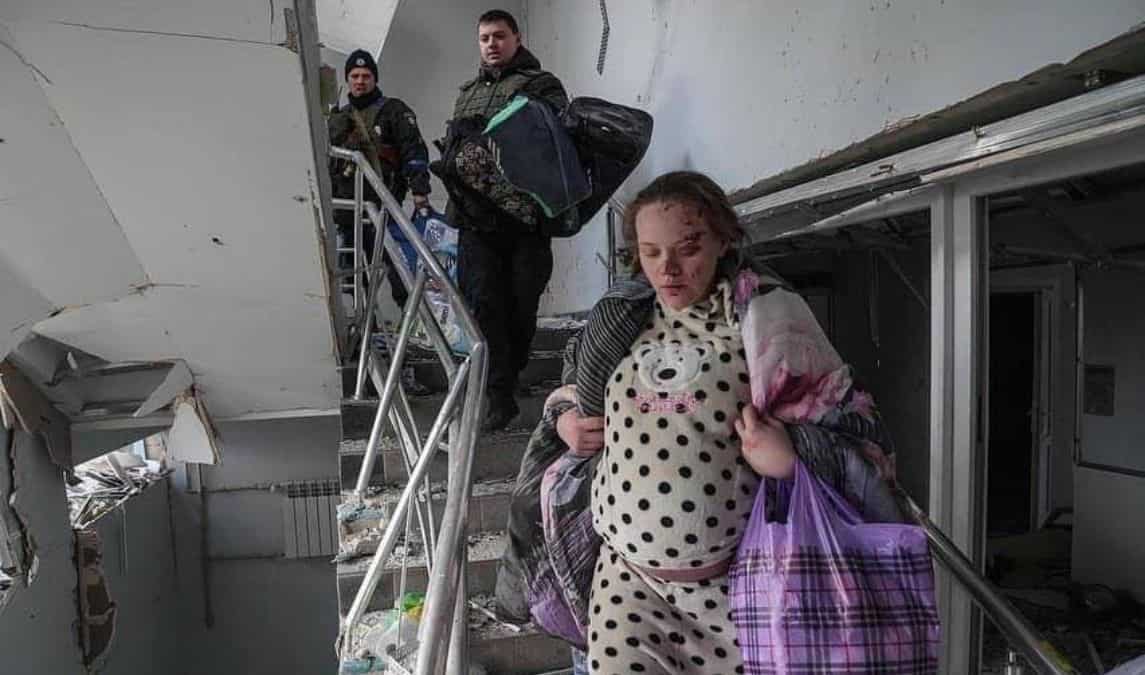 A 'barbaric' and 'depraved' attack

The White House condemned the "barbaric" use of force against civilians, while British Prime Minister Boris Johnson called the attacks "depraved".

A UN spokesman said no health facility "should ever be a target".

Women were in labour inside the building at the time of the attack, the regional military administration in Donetsk said. 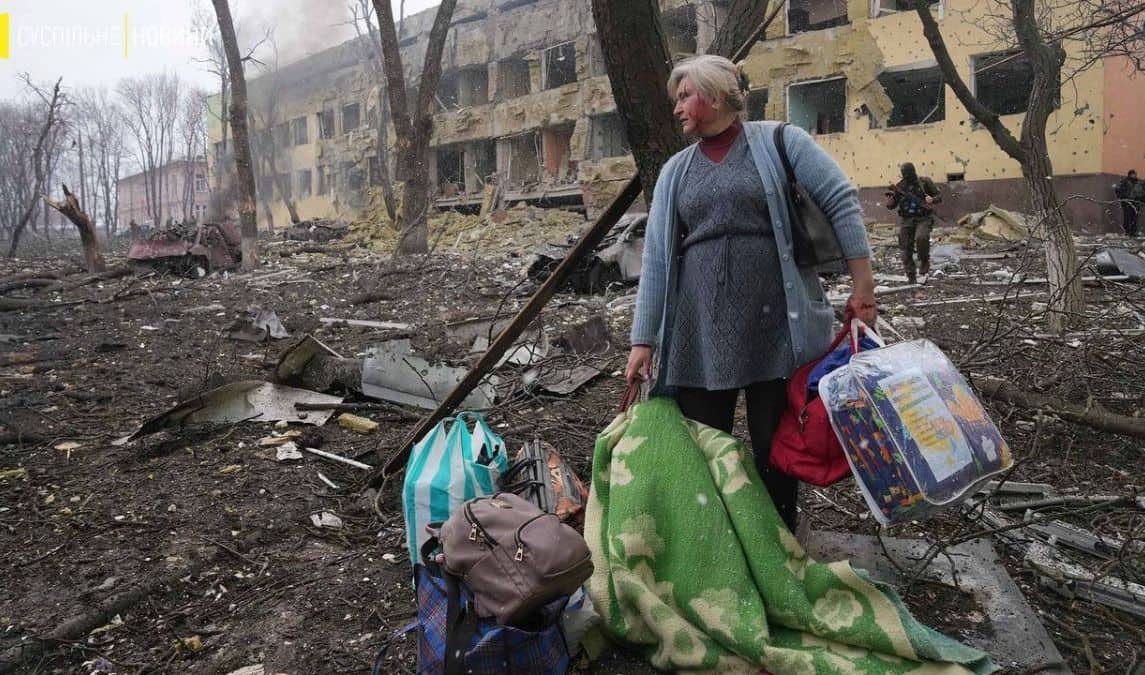 A parallel narrative: Talks and strikes

The attack came on the eve of the highest-level talks between the two nations to date as the Russian foreign minister Sergey Lavrov arrived in Turkey for a face-to-face meeting with his Ukrainian counterpart, Dmytro Kuleba.

Until now, the parties have been involved in lower-level talks in Belarus, which have mainly focused on humanitarian issues and involved Ukrainian officials, but not Russian ministers.

As a result of these discussions, several attempts to bring civilians out of bombed-out cities have been made, most of which failed due to the destruction of so-called humanitarian corridors. 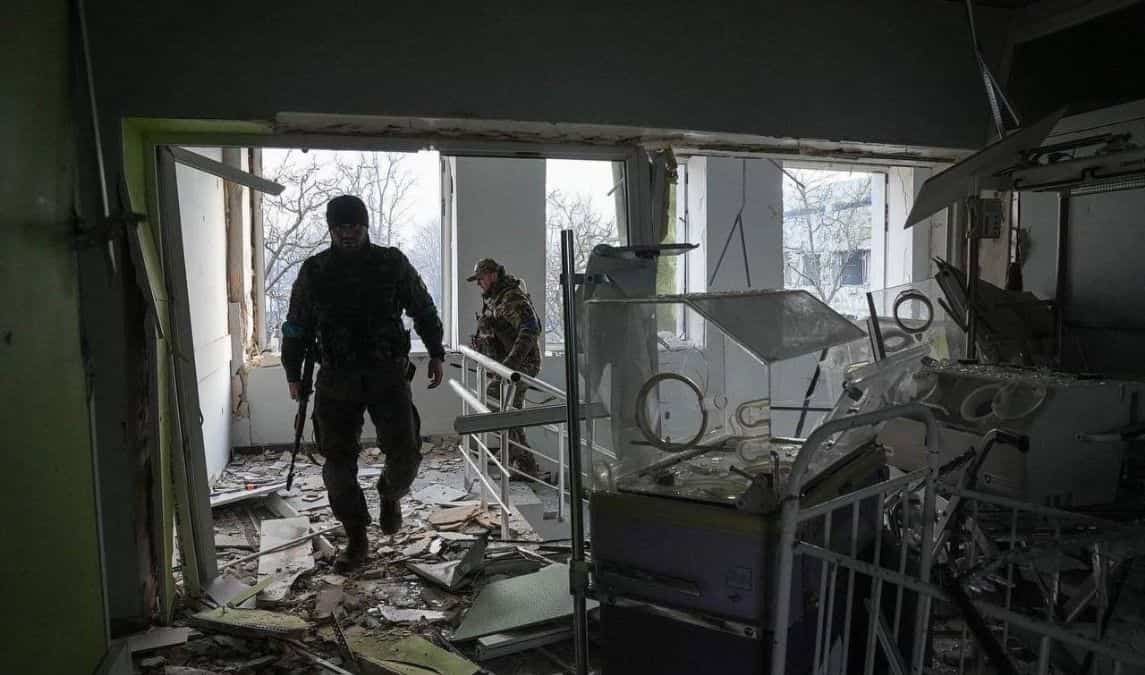 A result of Russia's early failures

The attack, which resulted in injuries to women in labour and left children buried in the rubble, underscored warnings from the US that the largest assault on a European state since 1945 could become increasingly attritional after Russia's early failures. 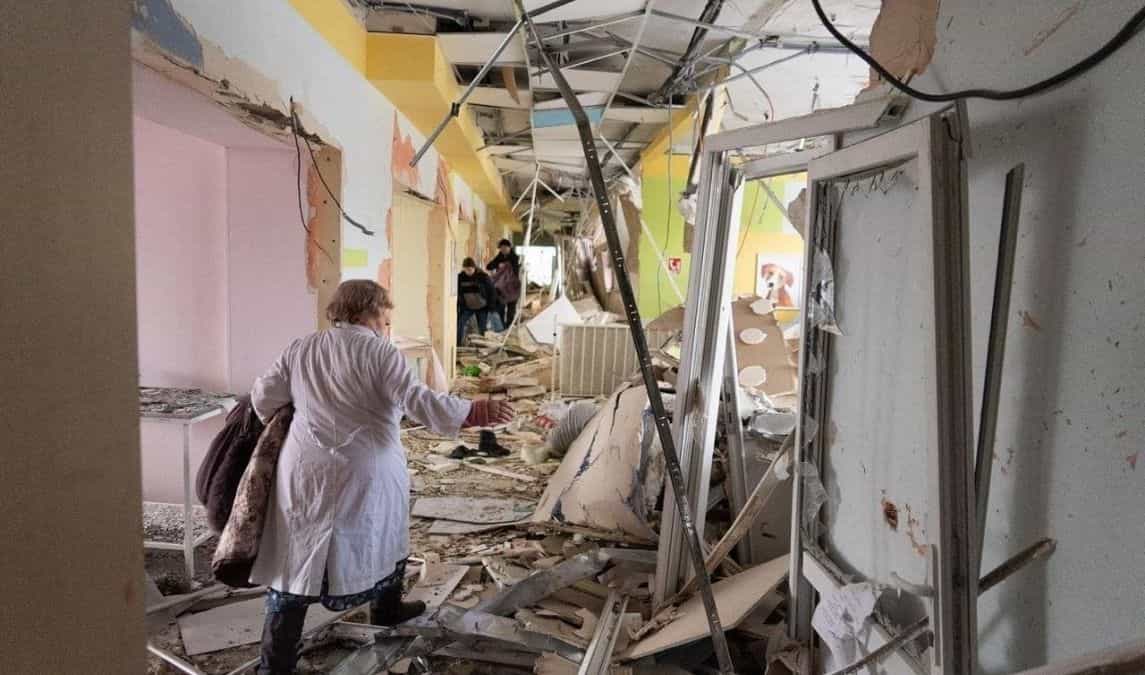