In pics: Protesters in Italy demand action on sexual abuses in Catholic Church

A small group of anti-abuse activists staged a demonstration near the Vatican embassy to Italy seeking action into sexual abuse in the Italian Catholic Church. The protest comes in the wake of discussion gaining ground on how such an investigation should be organised.

The protesters approached the Apostolic Nunciature building, near the centre of Rome, carrying boards with pictures of men and women with blood-stained underwear.

The new head of Italy's Catholic Church has announced a study into clerical child sex abuse over the last 20 years. It came after Pope Francis had called for a transparent annual audit of efforts to protect minors, as he seeks to restore trust in the Catholic Church following a global scandal.

Inquiries across the United States, Europe and Australia have exposed widespread abuse of children and a decades-long cover-up. 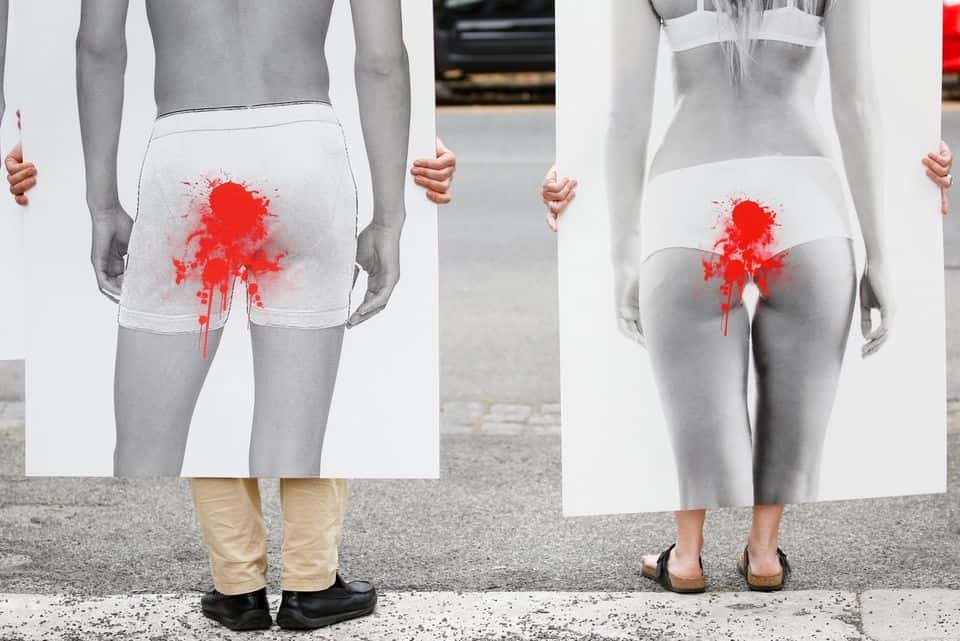 Members of a sexual abuse victim group hold a flash mob outside the Vatican embassy to Italy, to call for an investigation into sexual abuse in the Italian Catholic Church, in Rome, Italy 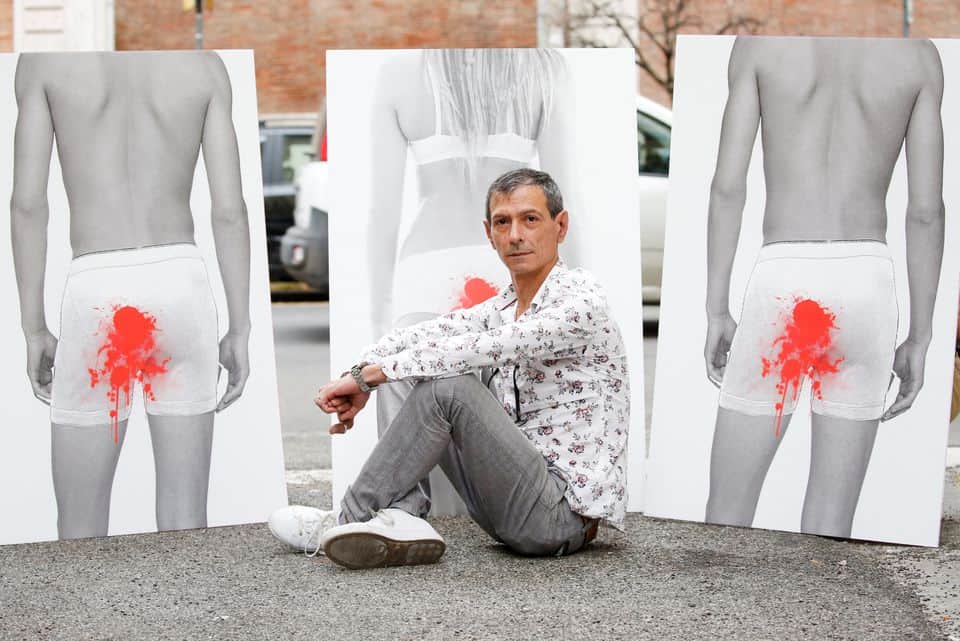 Francesco Zanardi, 51, a victim of church sexual abuse, and founder and president of Rete l'Abuso (The Abuse Network), poses for a photograph after holding a flash mob outside the Vatican embassy to Italy, calling for an investigation into sexual abuse in the Italian Catholic Church 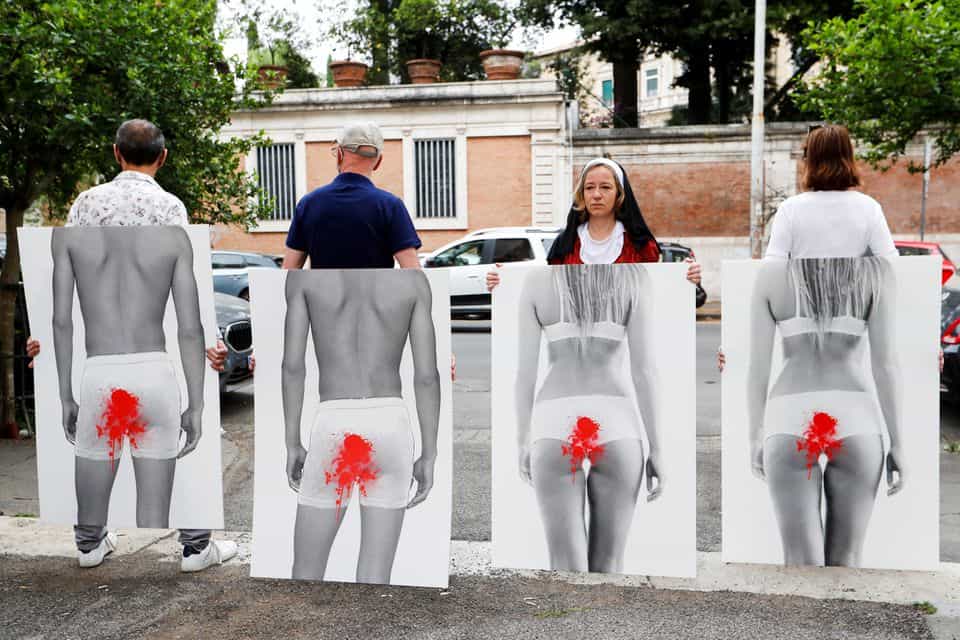 They said they took inspiration from a protest staged in the Estonian capital Tallinn in April which sought to draw attention to alleged violence committed by invading Russian forces against women in Ukraine. In that protest demonstrators applied fake blood to their underwear and down their legs. 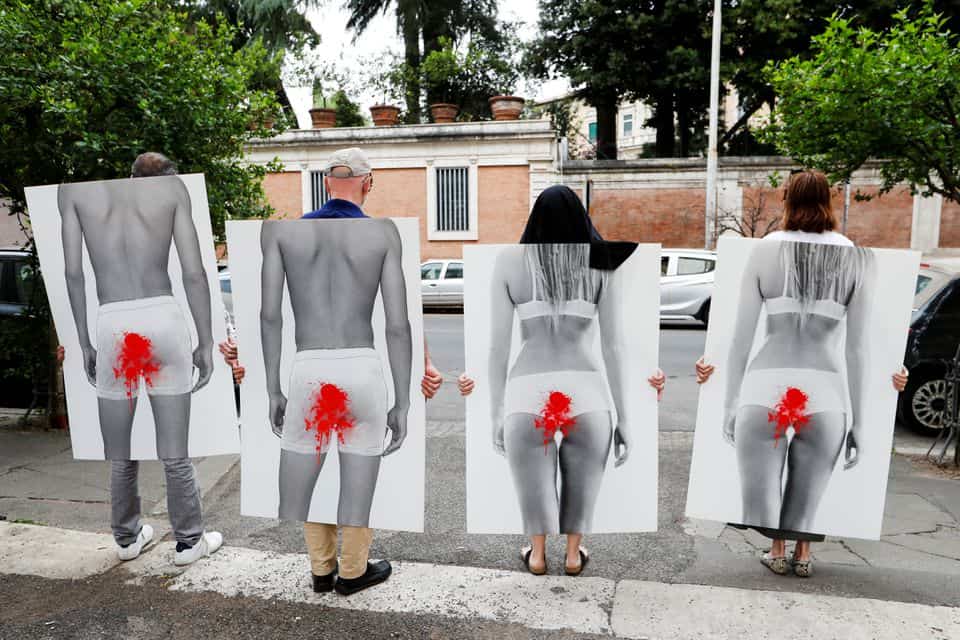 Italian bishops are divided over whether an eventual full-scale investigation should be internal, using existing resources such as diocesan anti-abuse committees, or be conducted by an outside group, potentially comprising academics, lawyers and abuse experts 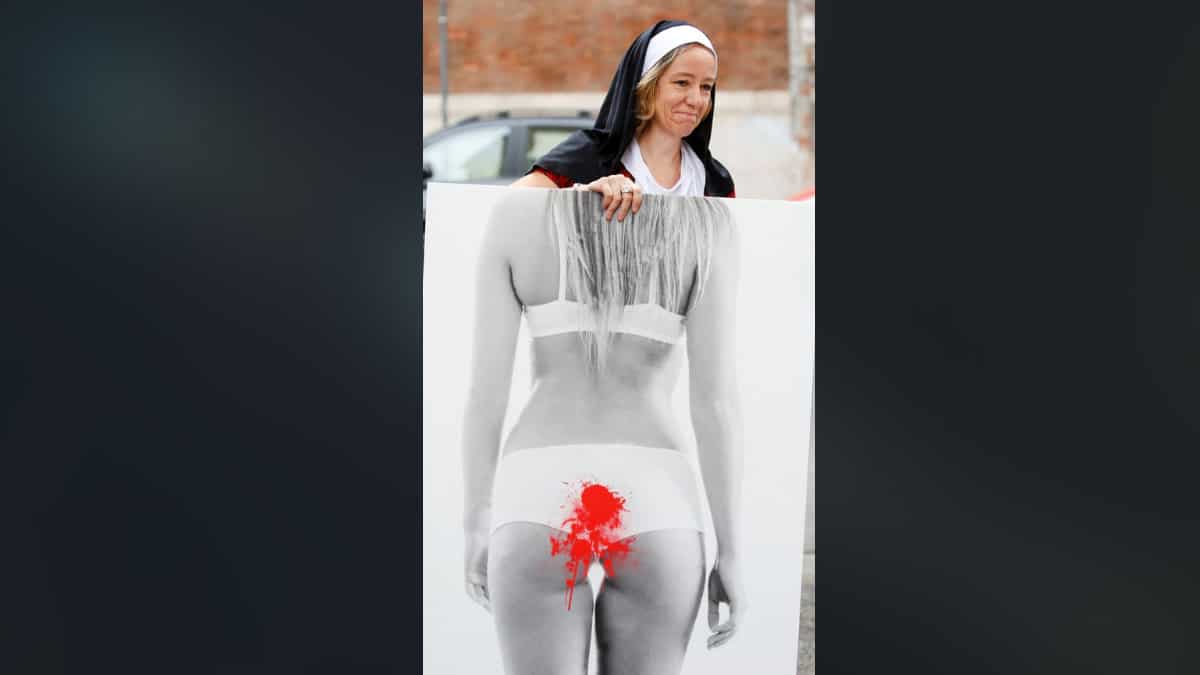 A protester with a nun's veil on her head

Federica Tourn, member of a sexual abuse victim group, participates in a flash mob outside the Vatican embassy to Italy.

Italian bishops are also divided over whether it should be confined to the recent past or go back decades. 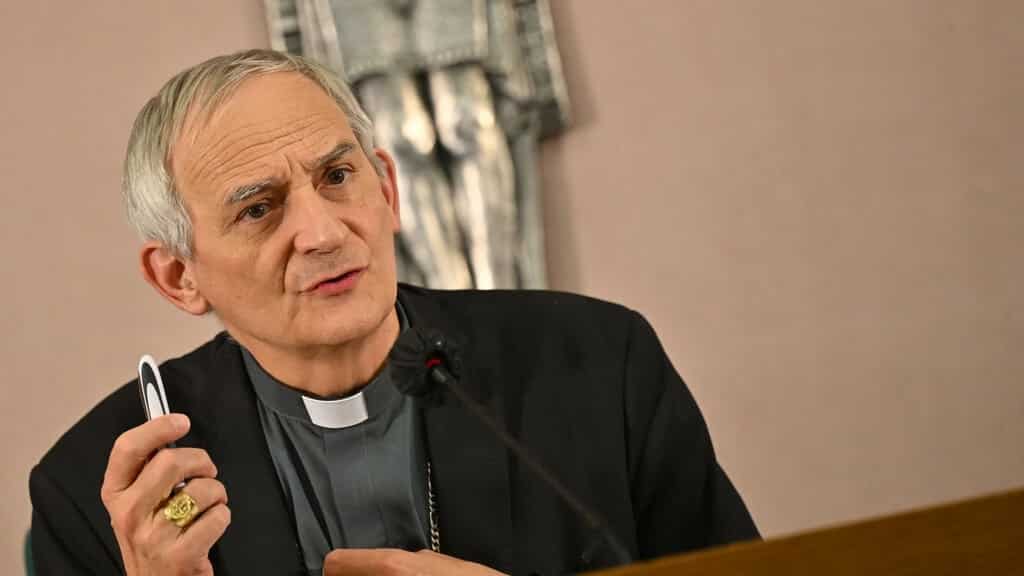 66-year-old Cardinal Matteo Zuppi has been named by Pope Francis to initiate a study into clerical child sex abuse over the last 20 years. But survivors said it fell short of an independent inquiry.