This is the fourth of the six submarines the Indian Navy is inducting under the Kalvari class submarine Project 75. This is also the second major induction in the Indian Navy in less than a week. On November 21, the navy commissioned warship INS Visakhapatnam.

These Scorpene submarines are extremely potent platforms, and they have advanced stealth features and are also equipped with both long range guided torpedoes as well as anti-ship missiles, the navy said. 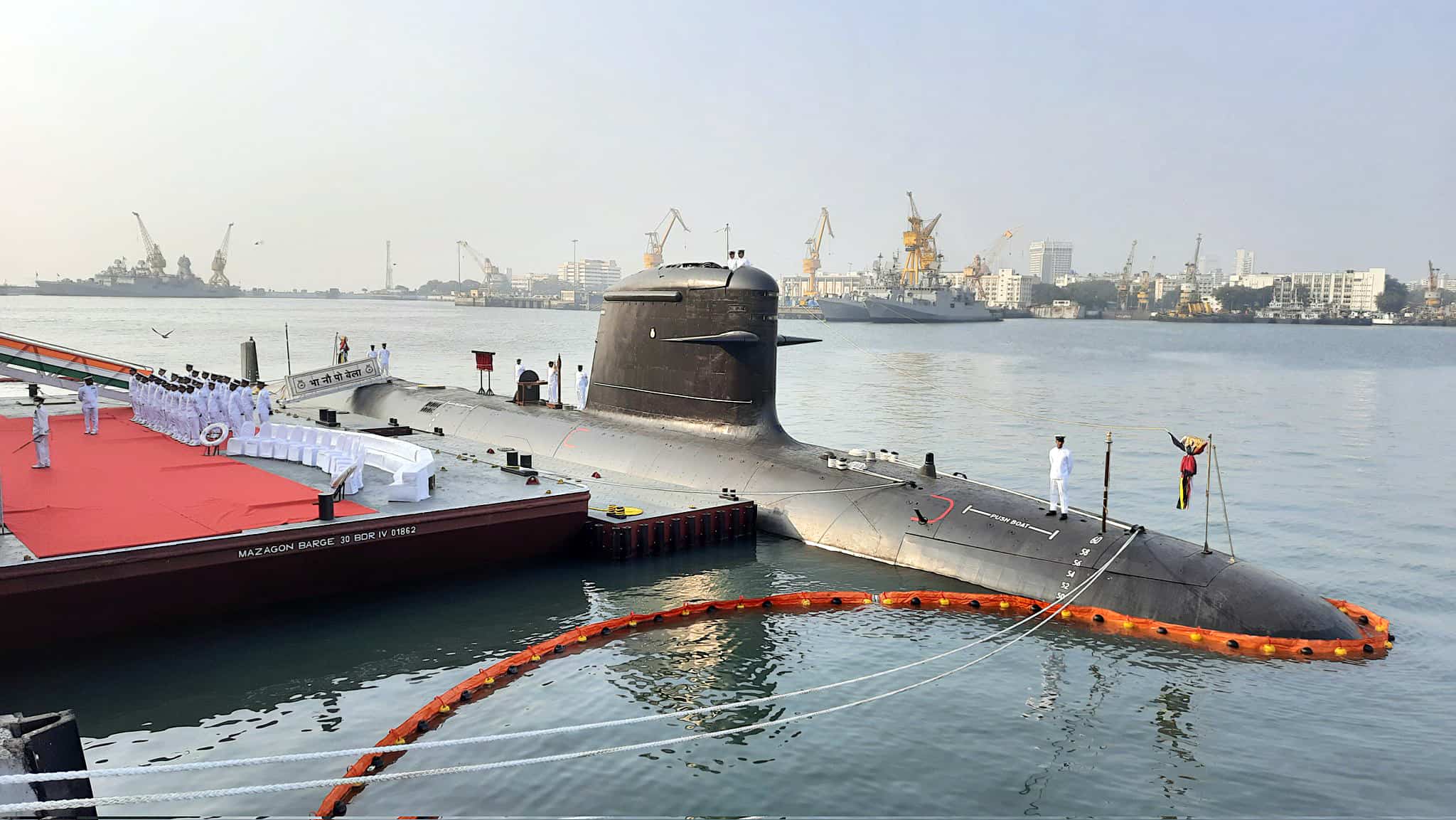 The Indian Navy commissioned the fourth Scorpene-class submarine 'INS Vela', at the Noval Dockyard, in Mumbai on Thursday. It was commissioned by Navy chief Admiral Karambir Singh.

According to reports, the name 'Vela' was inspired from the Indian fish of the same name. The Vela fish belongs to the Stingray family, which is known for its aggression, offensive power and aggression.

This class of fish can camouflage itself to the predators swimming above as it sits at the bottom ocean.

Fish swimming across the blue seas is the crest of the Vela submarine.

Vela is named after a decommissioned submarine Vela, which served the Navy from 1973 to 2010 (right). The earlier Vela belonged to Foxtrot class submarine of Soviet origin. According to reports, the submarine can take up to eight officers and 35 men. The submarine is equipped with C303 anti torpedo countermeasure system, and can carry up to 18 torpedoes or Exocet anti-ship missiles or 30 mines in place of torpedoes.

The new Vela is a diesel-electric powered attack submarine. It has a length of 67.5m & height of 12.3m. The new 'Vela' is a potent man o' war and is capable of offensive operations that span across the entire spectrum of maritime warfare, the Navy said. 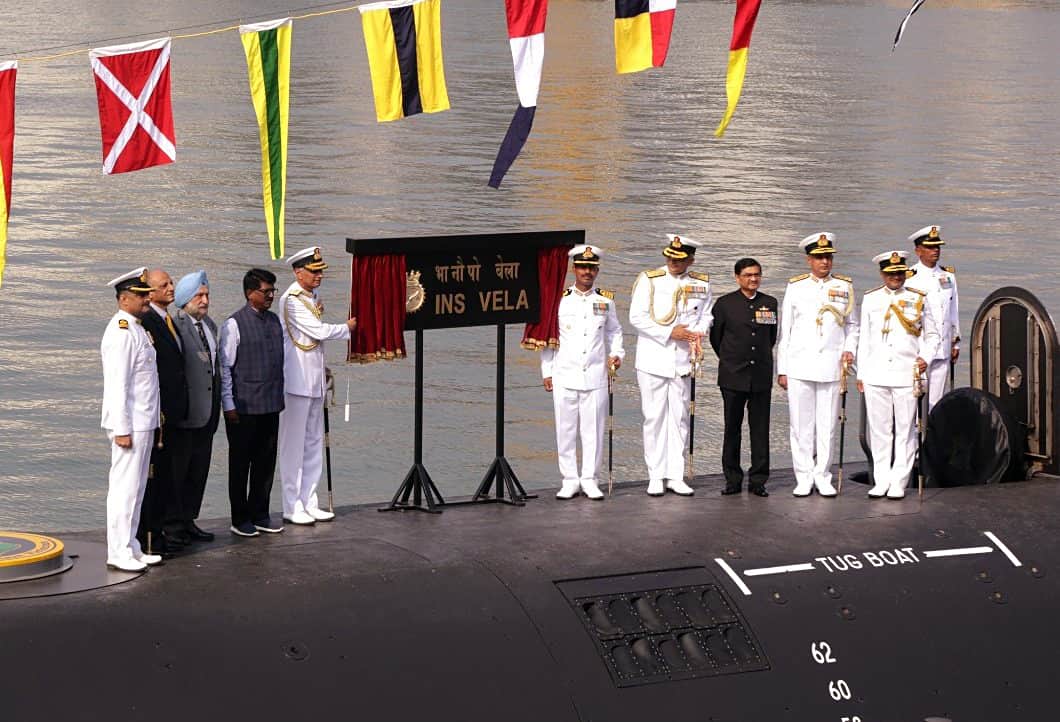 Equipped with advanced weapons and sensors

According to the navy, the submarine has the capability to engage in offensive operations across the entire spectrum of naval warfare, including anti-surface warfare, anti-submarine warfare, intelligence gathering, mine laying and area surveillance.

It has the most advanced weapons and sensors. These have been integrated into the Submarine Tactical Integrated Combat System known as SUBTICS. Sea skimming missiles also known as Flying Fish or heavy weight wire – guided torpedoes can be used to hit at the identified target.

Several equipment fitted on board is made in India by highly qualified and trained industrial Micro, Small & Medium Enterprises (MSMEs). These form the sound base of the submarine building ecosystem in the country.

The boat is fitted with indigenised battery cells. This helps to power up a very silent permanently magnetised propulsion motor. A project dogged by delays

Chief of Naval Staff Karambir Singh (L) and Indian Navy officers salute each other during the commissioning ceremony of the fourth Scorpene-class submarine of Project-75 'INS Vela', at Naval Dockyard, in Mumbai on Thursday.

The Project 75 was conceptualised at the time of IK Gujral, who served briefly as prime minister of India from April 21, 1997, to March 19, 1998. The then government had passed the order for the the acquisition for 25 submarines.

The project ran into delays and subsequently, questions were raised over the France government's reluctance to act on the commitment for “transfer of technology” that was an integral part of the contract. As a result, the first of the six subs, INS Kalvari, was commissioned five years behind schedule, in 2017. 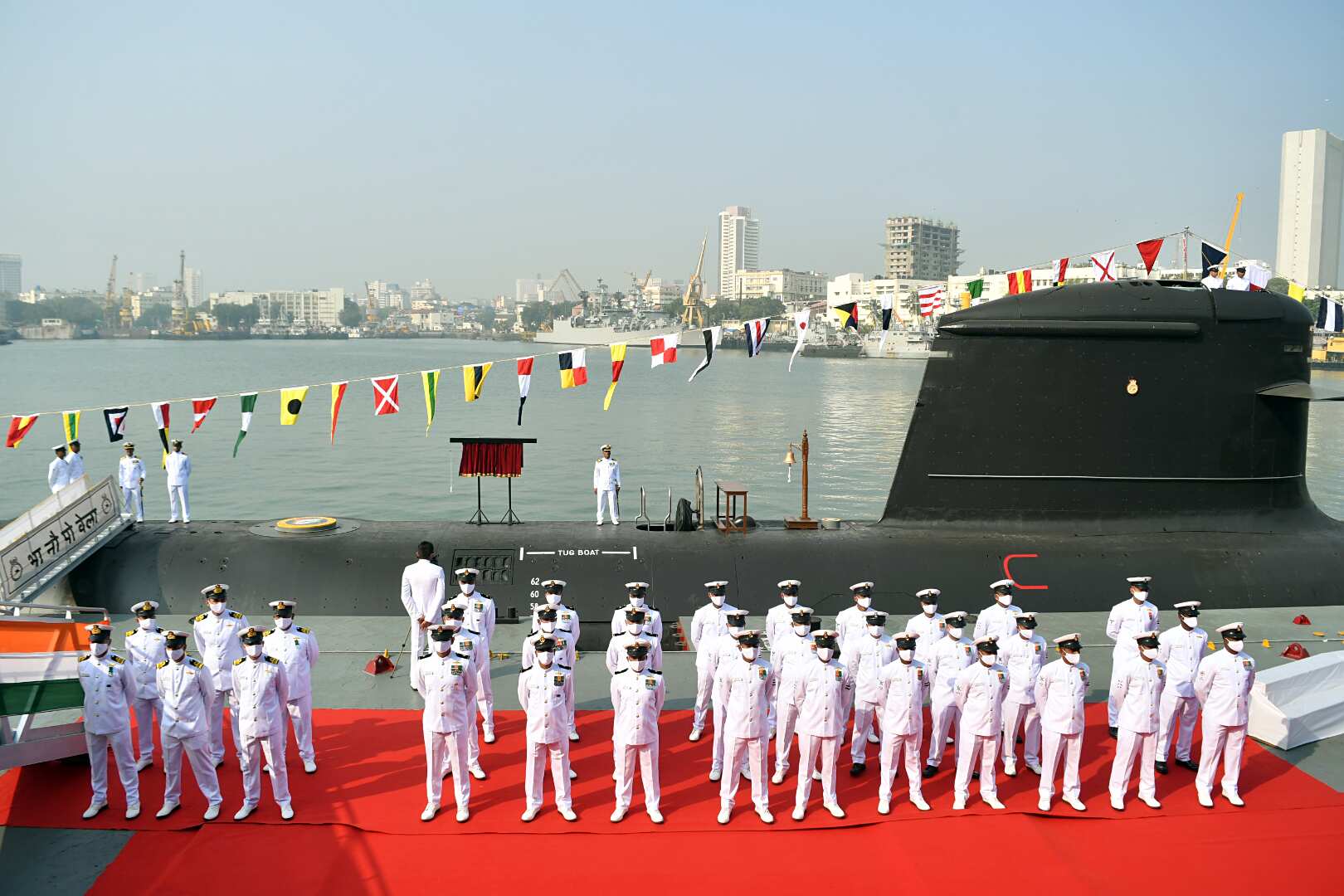 Indian Navy officers during the commissioning ceremony of the fourth Scorpene-class submarine of Project-75 'INS Vela'.

The submarine is equipped with C303 anti torpedo countermeasure system, and can carry up to 18 torpedoes or Exocet anti-ship missiles or 30 mines in place of torpedoes.