Extinction Rebellion is an international movement that uses non-violent civil disobedience in an attempt to halt mass extinction and minimise the risk of social collapse. Westminster in Central London was shut down by climate activists for the Extension Rebellion protest and allied movements on October 7 to build pressure with satellite actions until the United Kingdom Government takes decisive action on climate emergency. 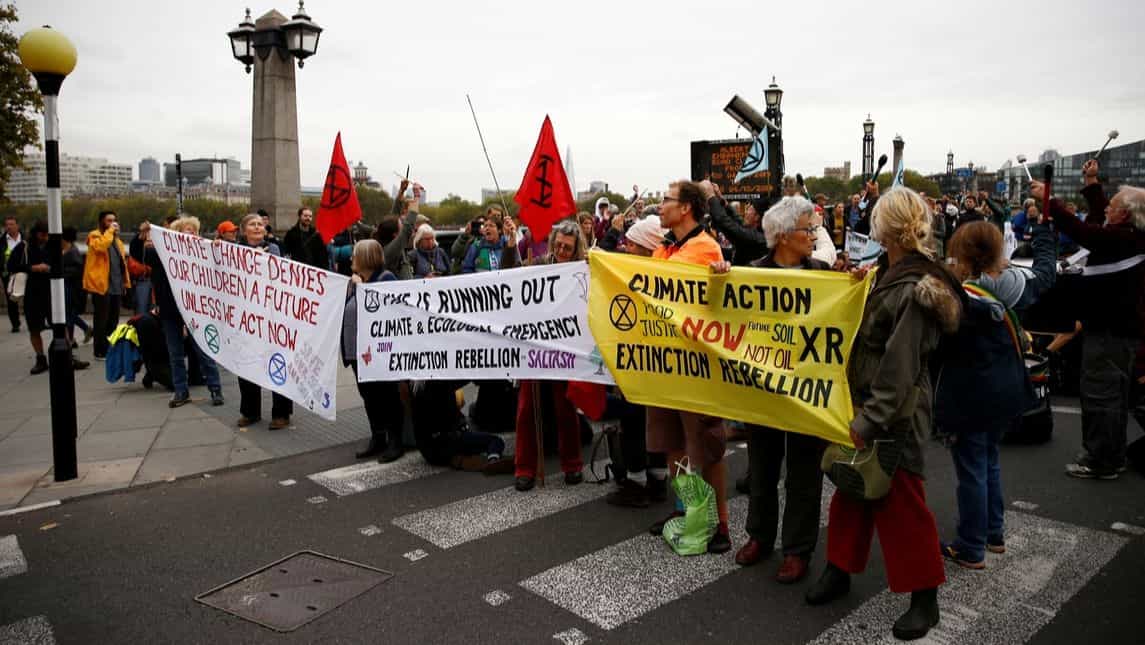 At 12 sites around Westminster, with each location was occupied by a different local, regional and national Extinction Rebellion groups and groups from allied movements protested. Mass participation civil disobedience was used to put pressure on the UK Government to achieve the real emergency action needed to tackle the crisis. 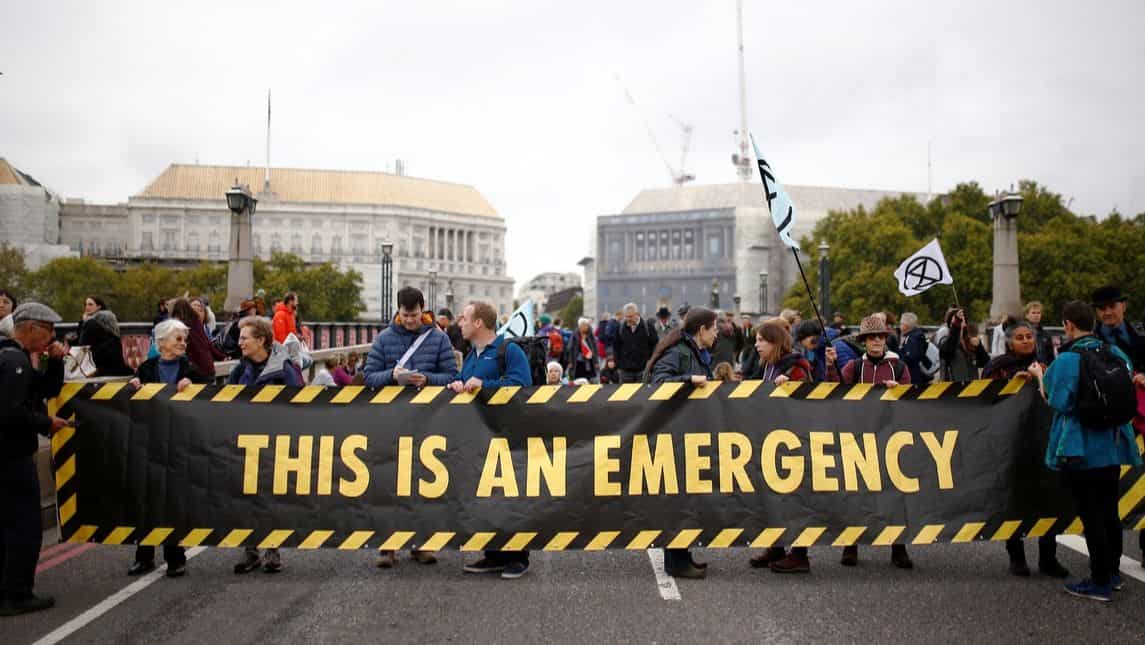 The protestors who participated in this movement have three demands. Namely, that the government must declare a climate "emergency", it must legally commit to reducing carbon emissions to net-zero by 2025 and a citizens' assembly must be formed to "oversee the changes". 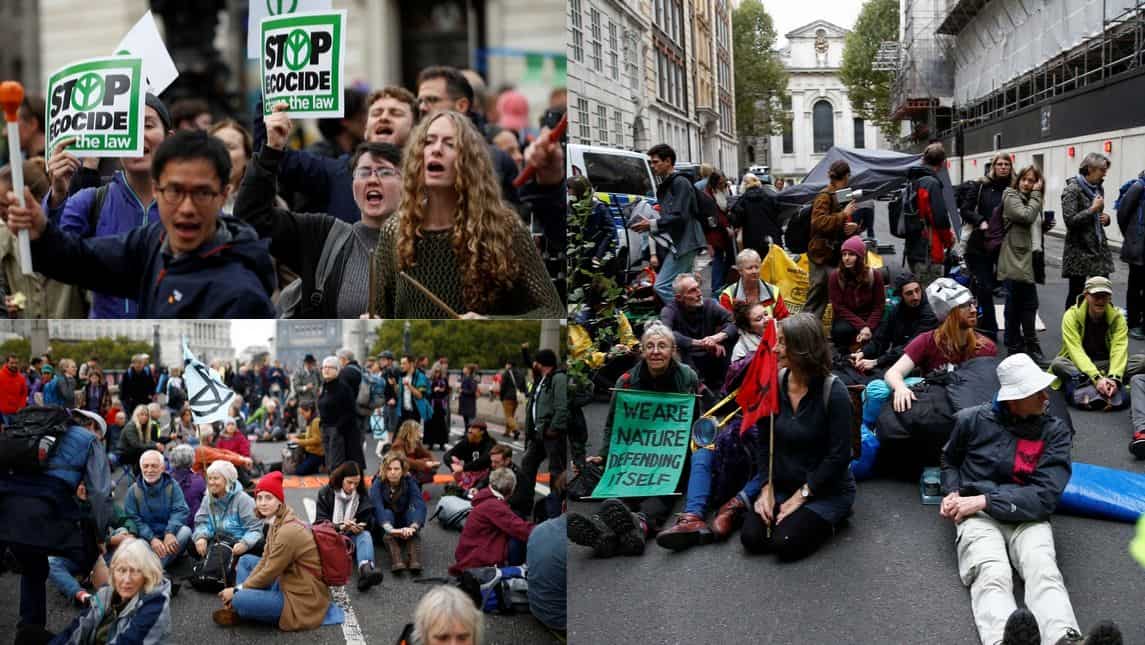 The protestors gathered at different sites simultaneously to give the message of energy conservation in a tactful manner. 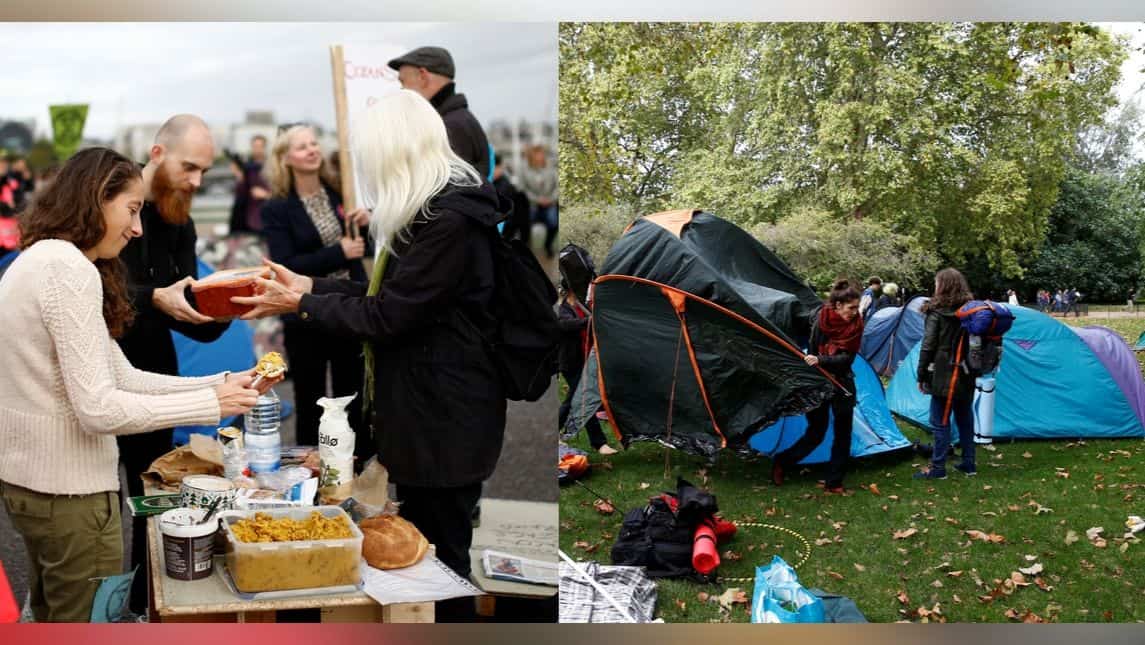 Space for thousands of rebels from across the UK to eat and sleep was also provided. 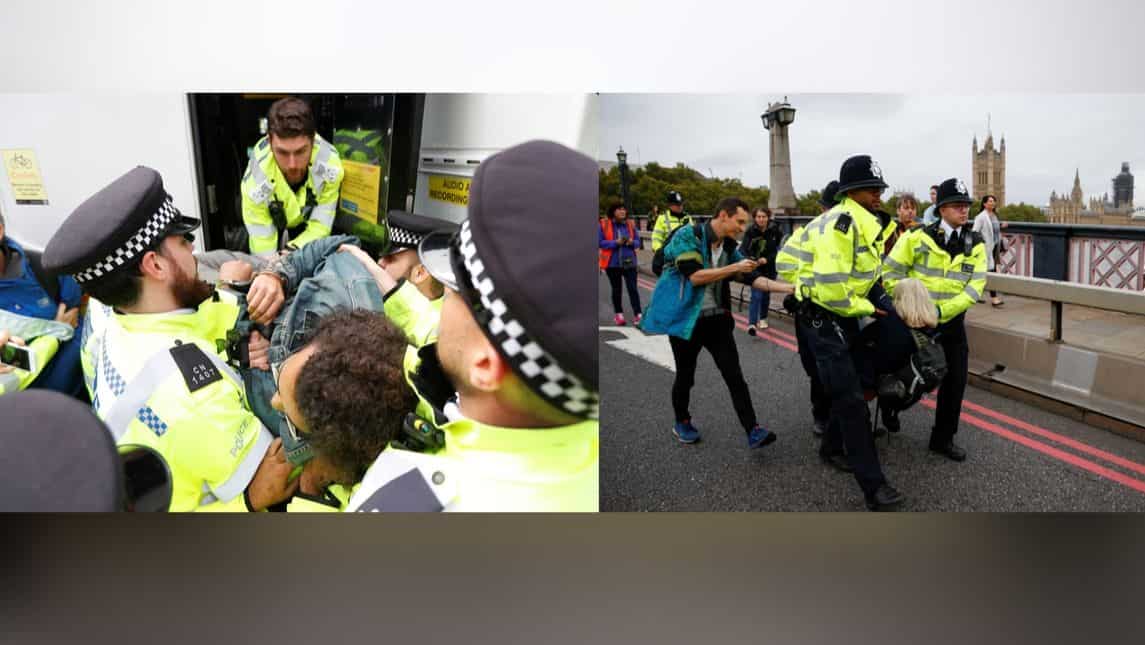 The Metropolitan police said there had been 1,445 arrests by Monday afternoon, with 76 people charged with offences including criminal damage and obstruction of a highway.