With attractions ranging from frigid, majestic glaciers to conical volcanoes spewing flaming lava, Iceland is a country of great contrast. Therefore, it should come as no surprise that the nation is sometimes called the ‘land of fire and ice.’

Iceland is one of the most exciting locations for adventure seekers due to its more than 130 active and dormant volcanoes. The country has seen an increase in visitors recently, all too eager to get a closer look as the lava flows from its mountains, but is it safe? 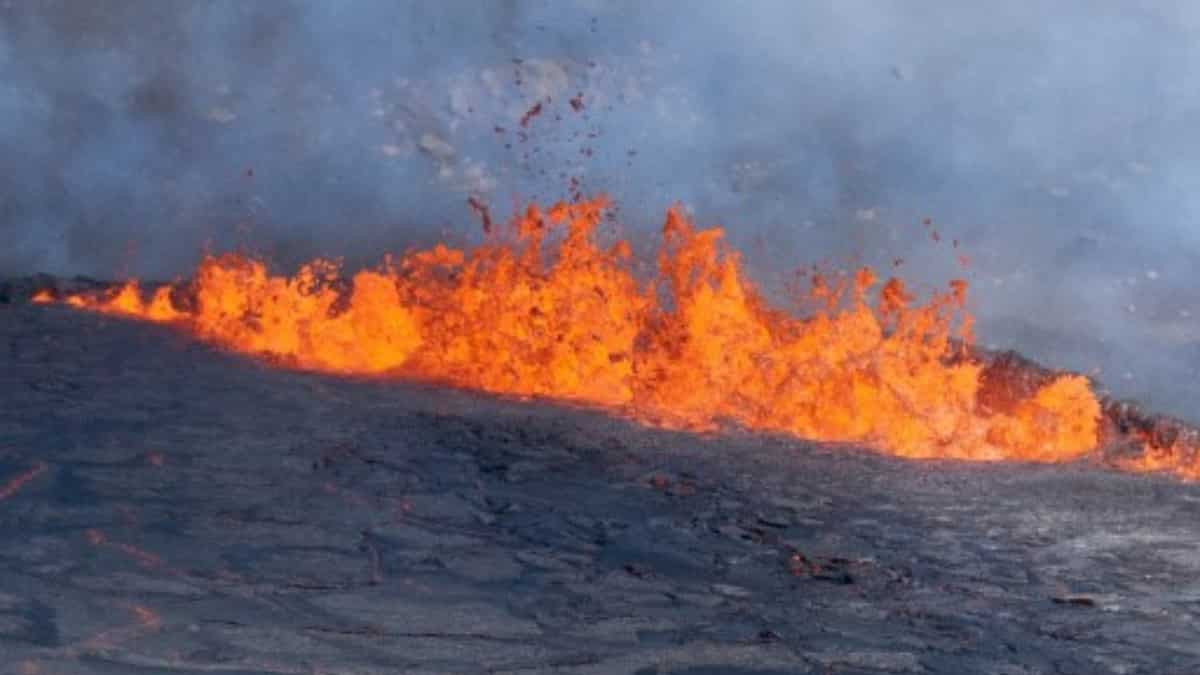 After many days of severe seismic activity, a volcano in Iceland erupted on Wednesday (August 3), close to the capital Reykjavik, pouring red hot lave and thick smoke out of a fissure in an isolated valley.

It was possible to see a strip of flaming red lava spewing from the ground and rising 20-30 metres (65-100) feet before expanding into a layer of smoldering black rock.

Blueish smoke began to rise from the Reykjanes peninsula’s rugged terrain as it cooled. 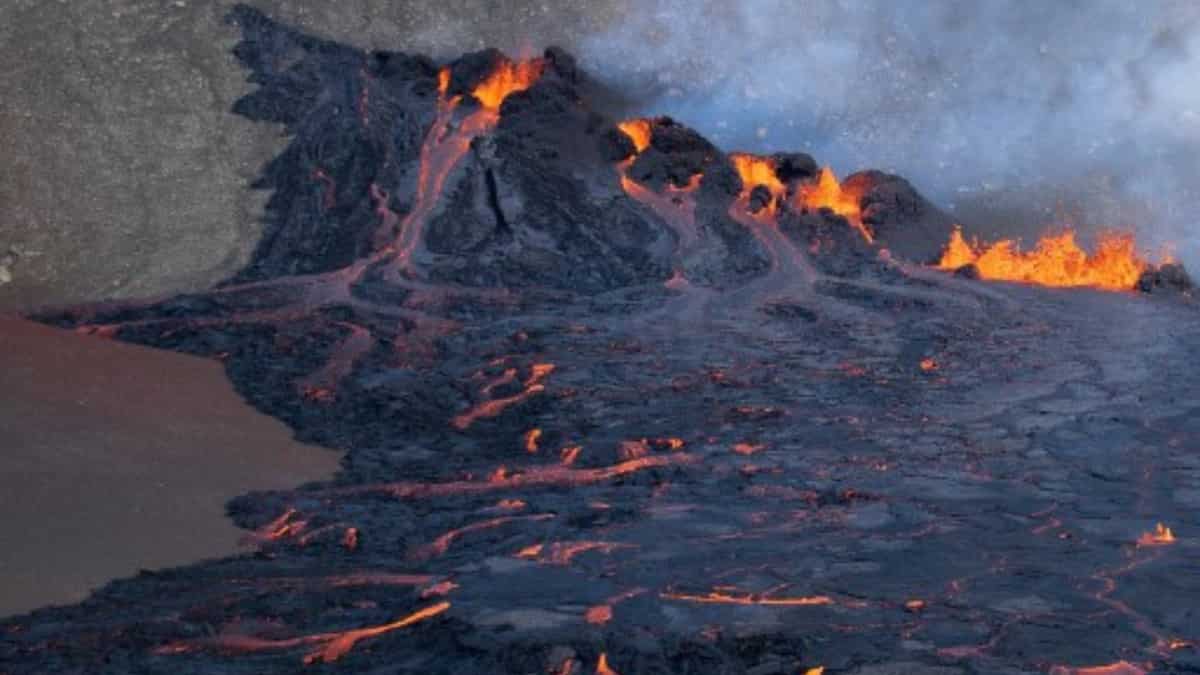 Bigger than the previous one

Wednesday’s eruption was estimated to be five to ten times bigger than from the one last year, pouring out roughly 20 to 50 cubic metres of magma each second.

Rescue teams and police flicked to the location on Wednesday (August 3) to examine the threat and potential for gas contamination and they warned against going there. 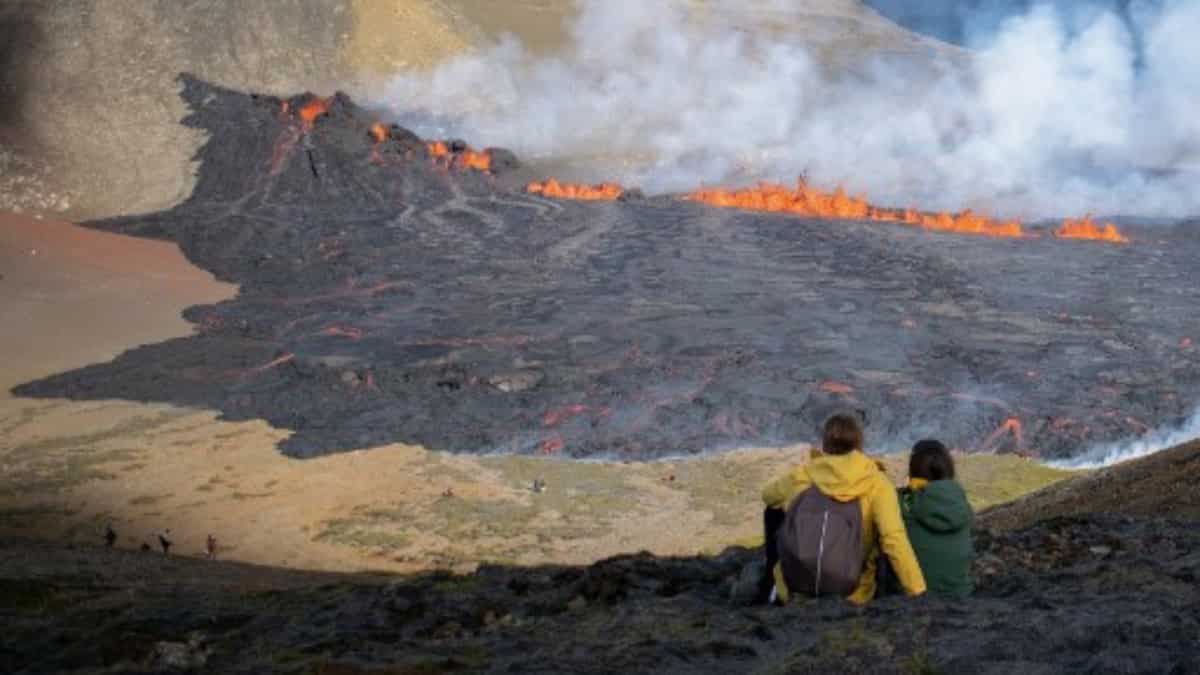 Curious onlookers make their way to the scene

The eruption was nearly 40 kilometres from Reykjavik, near the Mount Fagradalsfjall volcano in southwest Iceland, which erupted for six months from March to September 2021, mesmerising tourists and onlookers who rushed to the sight.

Astonished by the sight of bubbling lava and the powerful roar that could be heard emanating from the earth as the lava erupted, nearly a hundred people rapidly arrived at the scene, as per an AFP reporter.

In the picture above you can see a couple sitting and viewing the scene. 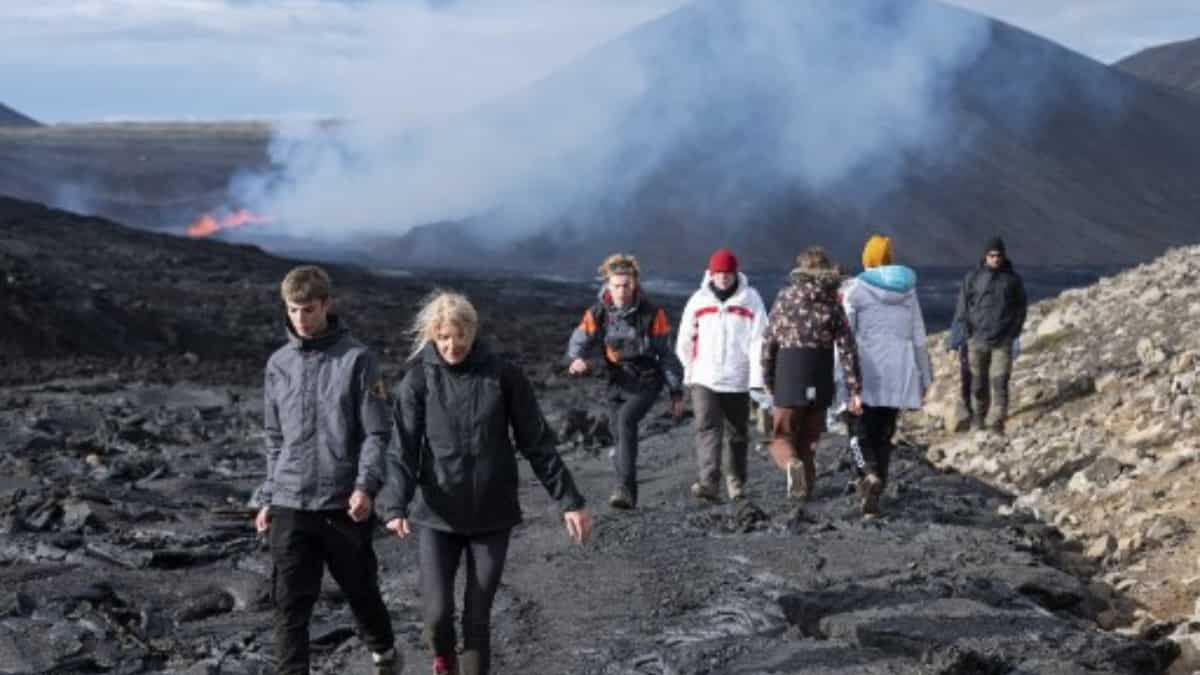 According to the most recent statistics from the Icelandic Tourist Board, the site, which was very simple to reach, developed into a significant tourist destination receiving more than 430,000 visitors. 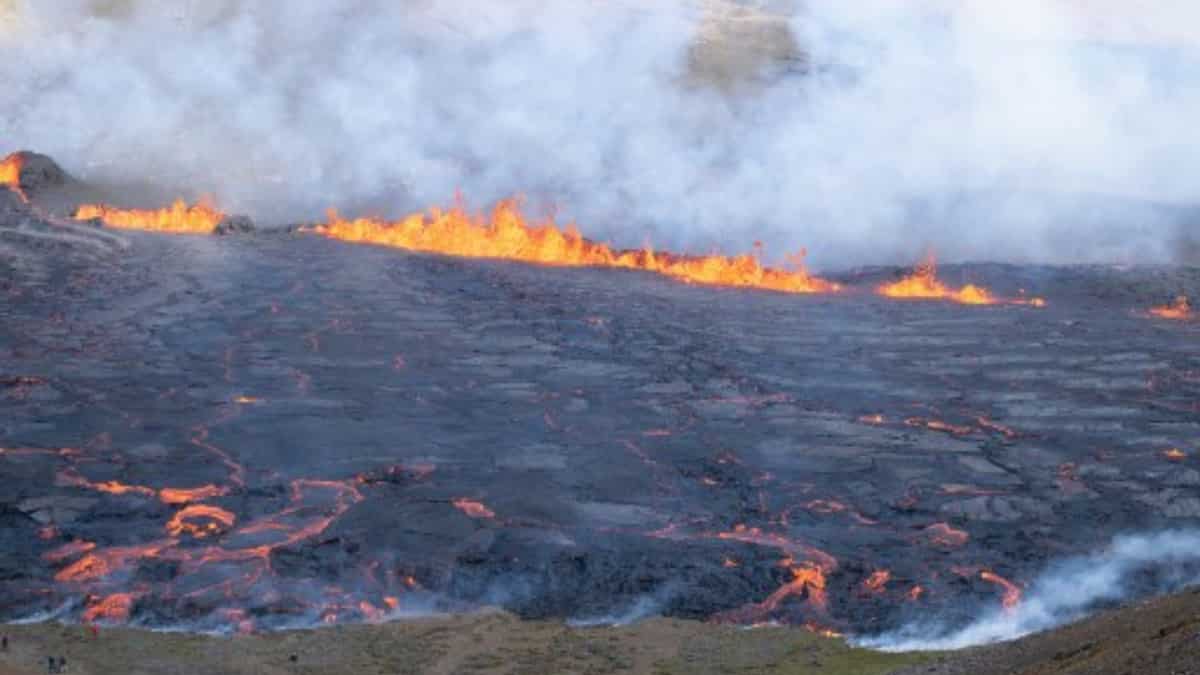 President appeals to people to be careful

Gudni Johannsesson, the president of Iceland, who was traveling close by when the eruption took place appealed to the people, “I just want people to be careful and know more before they go there into the unknown. If this eruption will be anything like the last one, there will be enough time, so there is no need to rush," AFP reported. 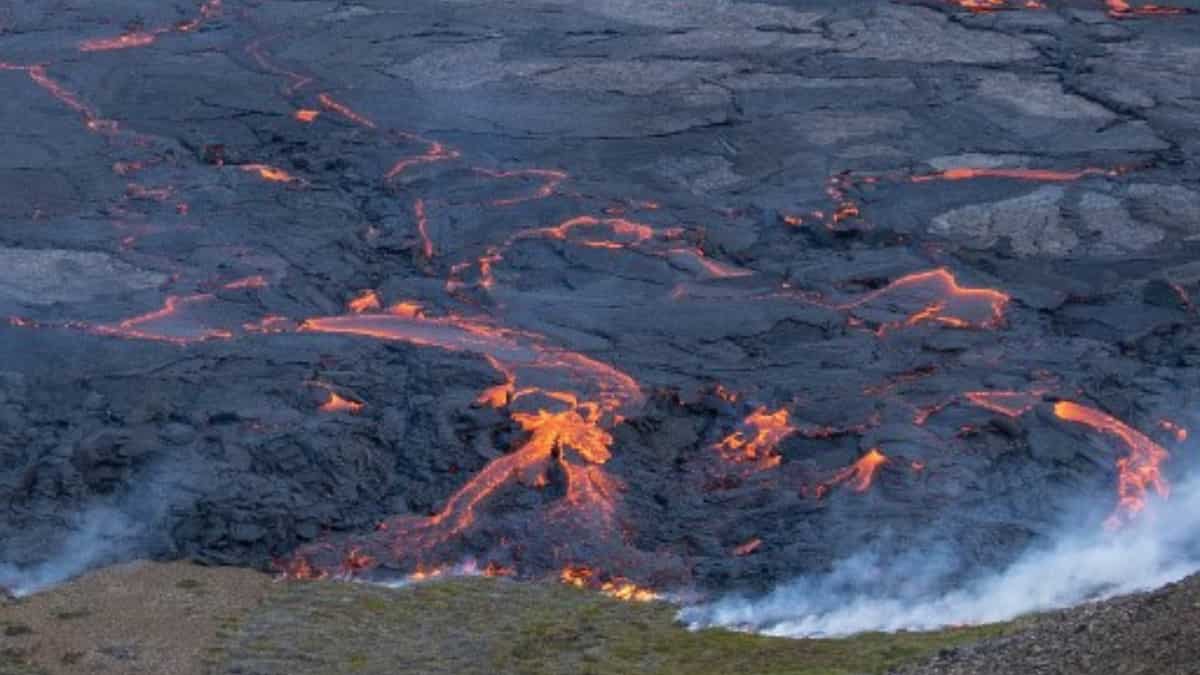 Iceland currently has 32 volcanic systems active, the highest in Europe.

On average, an eruption has occurred in the nation every five years. The recent one is the eighth one.

However, the Reykjanes peninsula had not seen an eruption since the 13th century, when a volcano erupted for 30 years from 1210 to 1240. This changed as of last year. 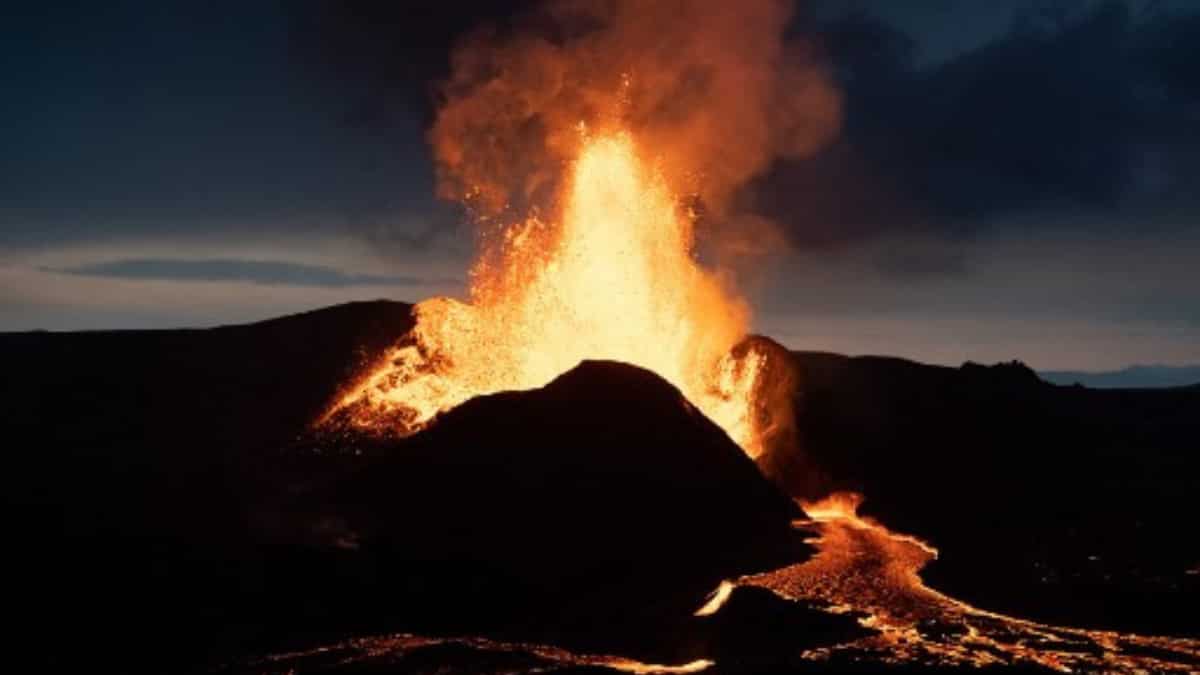 The volcano was officially deemed in October 2010 after the glacier’s snowpack did not melt.

This began at the close of 2009, seismic activity grew steadily more intense until, on March 20, 2010, a modest eruption began. 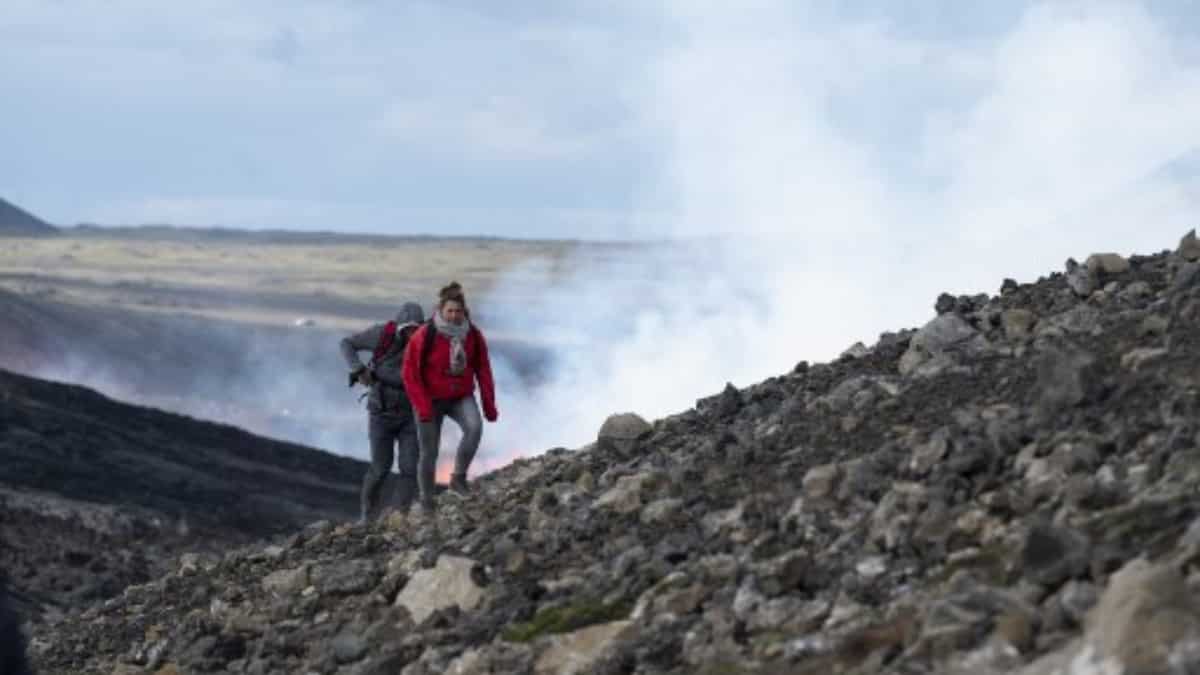 Awakening of a new cycle?

One happened in 2010. A series of volcanic events at Eyjafjallajökull caused an enormous disruption.

According to geophysicists, the eruption in the year 2021 might have marked the start of a new cycle of centuries-long eruptions.