An early-season snowstorm blanketed much of northern China including the capital Beijing, prompting highway closures and flight and train cancellations and delays.

Temperatures plunged to freezing and below as a cold front moved from west to east. A steady, blowing snow fell Sunday in Beijing, the nearby city of Tianjin and northeastern China after hitting parts of Inner Mongolia and other western regions the previous day. The capital Beijing welcomed its first snow of the season 23 days earlier than normal years, while temperatures on Sunday night are expected to fall to their lowest for the period in the past decade. 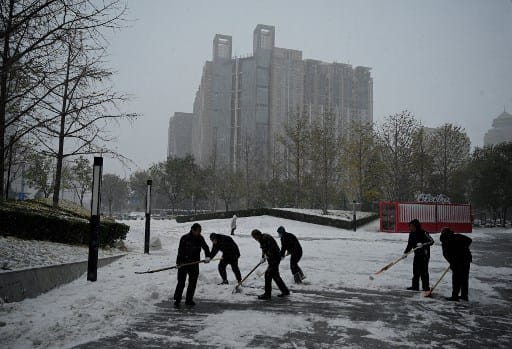 steady, blowing snow fell Sunday in Beijing, the nearby city of Tianjin and northeastern China after hitting parts of Inner Mongolia and other western regions the previous day. (In photo) Workers shovel snow in front of a mall in Beijing on November 7, 2021. 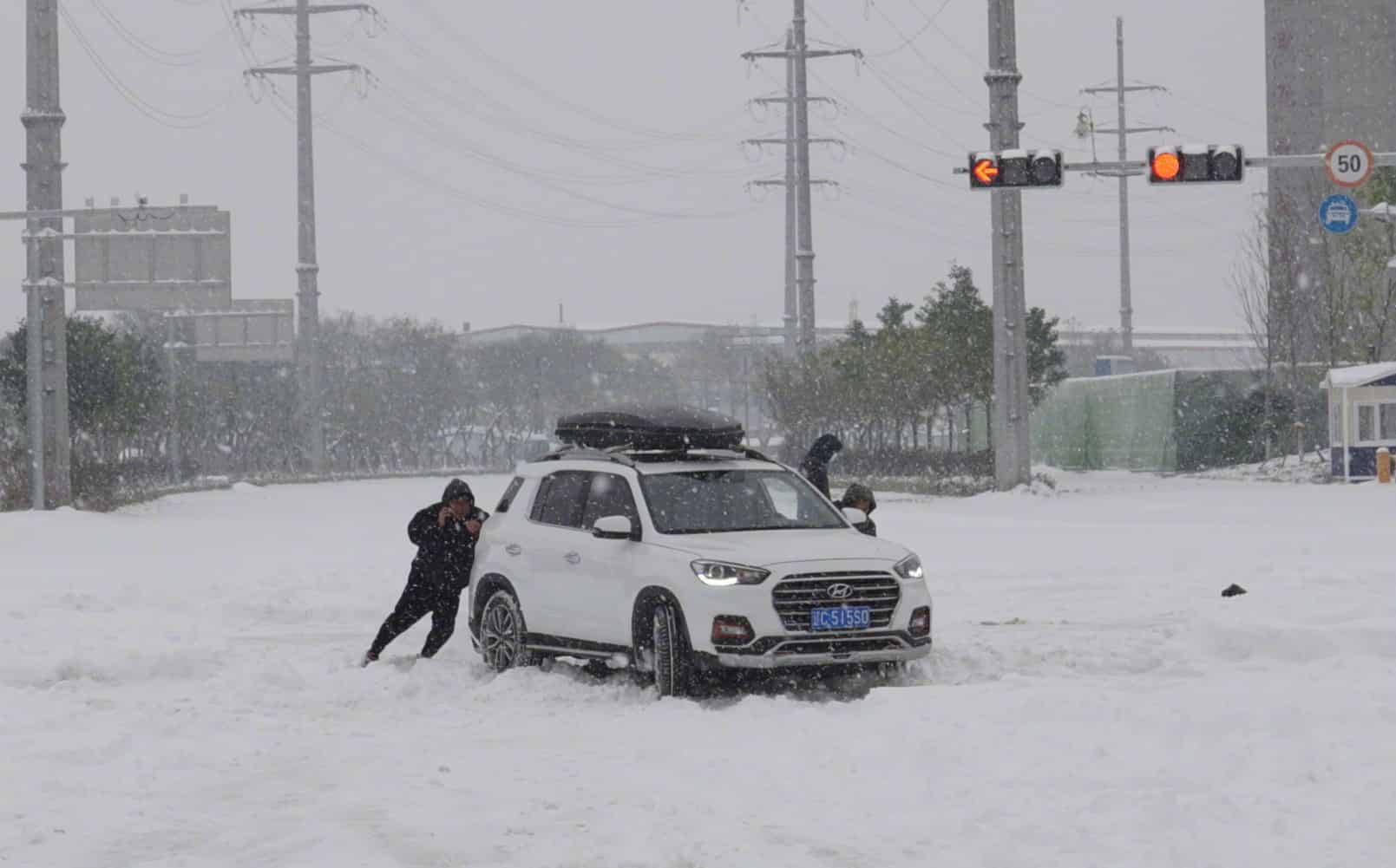 Beijing was hit hardest Sunday morning. Several highway sections were closed, bus service was suspended on more than 160 routes and flights were reduced at the city's two major airports This photo taken on November 7, 2021 shows people taking photos in front of the Saint Sophia Cathedral during a snowfall in Harbin in China's northwastern Heilongjiang province. 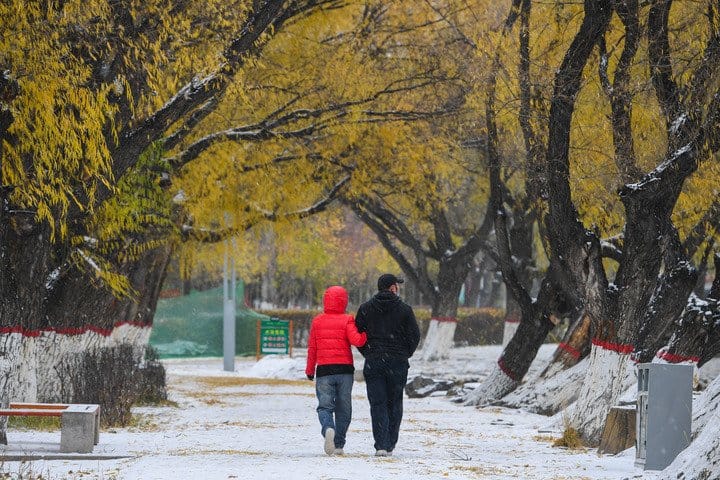 The National Meteorological Center issued an orange alert for snowstorms, the second highest level in China's four-tier warning system. Accumulations of more than 30 centimeters (11 inches) were forecast in some areas. 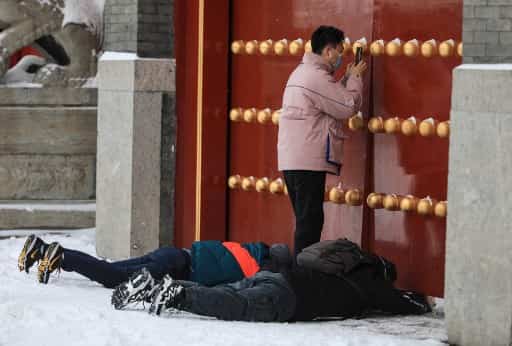 People take photos beneath a gate of the Shenyang Imperial Palace after snowfall in Shenyang in China's northeastern Liaoning province on November 8, 2021. 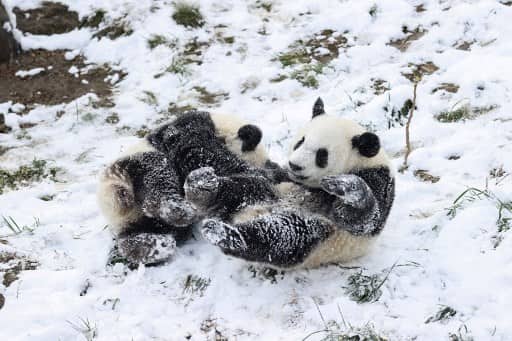 This photo taken on November 7, 2021 shows two pandas playing in their enclosure after snowfall in Xian in China's northern Shaanxi province. 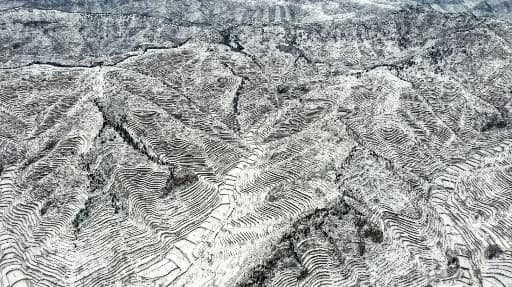 This aerial photo taken on November 7, 2021 shows terraced fields after a snowfall in Handan in China's northern Hebei province.