A German politician set up a state-backed foundation with Russian energy company Gazprom last year to help Moscow avoid US sanctions on a pipeline due to carry Russian gas to Europe.

The move adds to questions about whether the United States and Germany are on the same page over the $11 billion project, a crucial issue as the two major democracies lead NATO allies in a pushback against Russian President Vladimir Putin. In 2019, Washington imposed sanctions on those involved in laying the pipeline, Nord Stream 2. The United States has argued that the line, which is built but is not yet pumping gas, is a tool for Russia to support aggression against Ukraine. 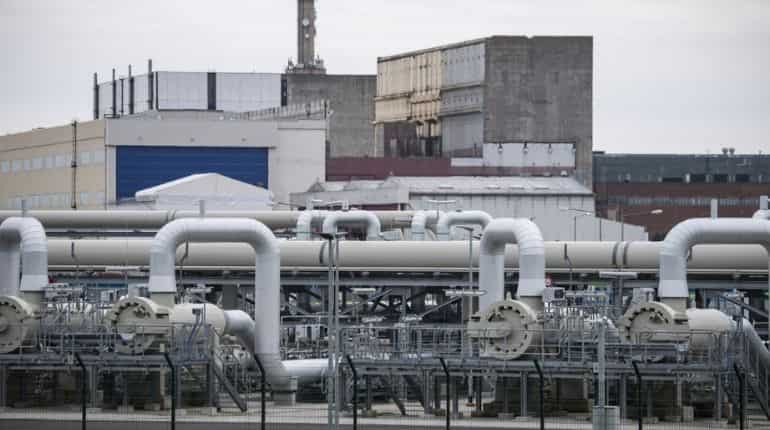 A major pipeline from Russia to Europe currently crosses Ukraine, but Nord Stream 2 runs direct to Germany under the Baltic Sea. By enabling Russia to cut Ukraine out of Europe's energy supply, Washington says the pipe will weaken Kyiv and make it more vulnerable to Russian invasion.

Germany rejects the US sanctions, saying Nord Stream 2 is primarily a commercial project that diversifies energy supplies for Europe. Senior German politicians from both main parties have said the US objections are self-interested: Washington wants to sell Germany more gas.

Russia has repeatedly said that the project is commercial, not political, it would help alleviate power shortages in Europe and bring down gas prices; it says the sanctions are unfair and serve as a tool against competitors.

Despite the sanctions, the line was completed in 2021. 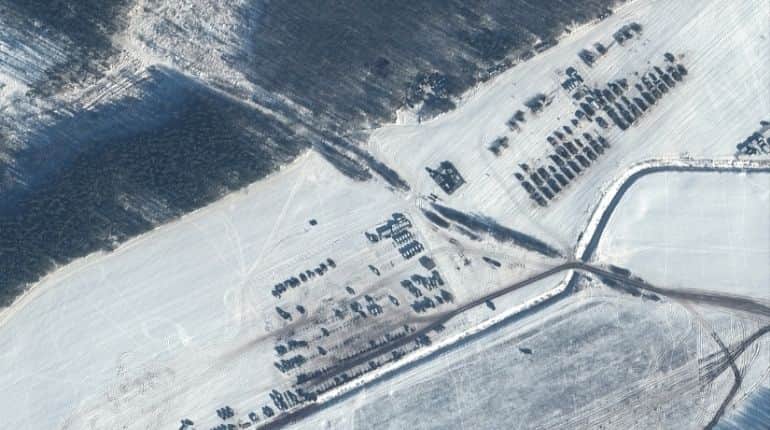 Western countries for weeks have been sounding the alarm over a build-up of Russian troops around Ukraine and a potential invasion, saying any military action would be met with sweeping economic penalties. 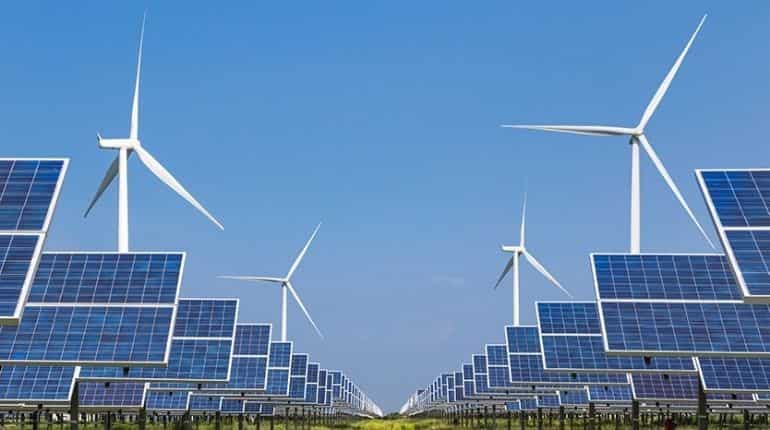 What is the foundation?

The Klima- und Umweltschutz (Climate and Environment Protection Foundation) was set up in January 2021, when the pipeline was virtually complete, by the government of Mecklenburg-Vorpommern, the east German region where Nord Stream 2 makes landfall. An initiative of Social Democrat state premier Manuela Schwesig, the Foundation says it will boost the role of renewables, and gas as a bridging technology towards cleaner fuels. Where did the money come from?

The regional government injected 200,000 euros ($230,000) into the Foundation, according to the region's public audit office. The Foundation was also endowed with 20 million euros from Nord Stream 2 AG, a Switzerland-based company owned by Gazprom PAO, according to a company spokesperson.

Nord Stream 2 said it would give the Foundation a further 2 million euros each year. Any profits made by the commercial arm will also go to the Foundation's endowment, according to its charter. 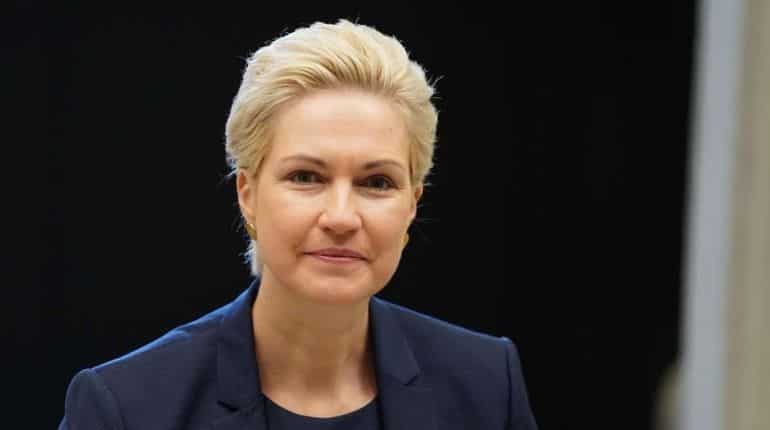 What does the foundation do?

It is a philanthropic fund that supports environmental projects, which according to its statutes also has a commercial arm. The commercial arm carries out its activities related to Nord Stream 2.

Its website lists environmental projects it has supported: For example, it says it offers every kindergarten in the state a free tree for children to plant plus 500 euros, and runs competitions for children to think up ways of making schools more climate-friendly, promising grants to the winners.

Its charter says the Foundation's secondary goal is to make sure the Nord Stream 2 pipeline is completed, "regardless of external efforts."

The Foundation can acquire, manage, own, provide or let land, tools and machines that help it fulfill either goal, including the completion of the pipeline, the charter says.

"We believe that it is right to build the pipeline," Schwesig told reporters in January 2021.

She and others have argued that Germany needs a source of energy which does not depend on good will between Russia and Ukraine. Advocating for the pipeline in the state parliament last January, Schwesig said the US sanctions were self-interested.

"Nobody who is working on building the pipeline is doing anything wrong," she said. "The ones doing something wrong are those who are trying to stop the pipeline at the last minute ... That's why we expect our Federal Government to push back firmly against the sanctions." 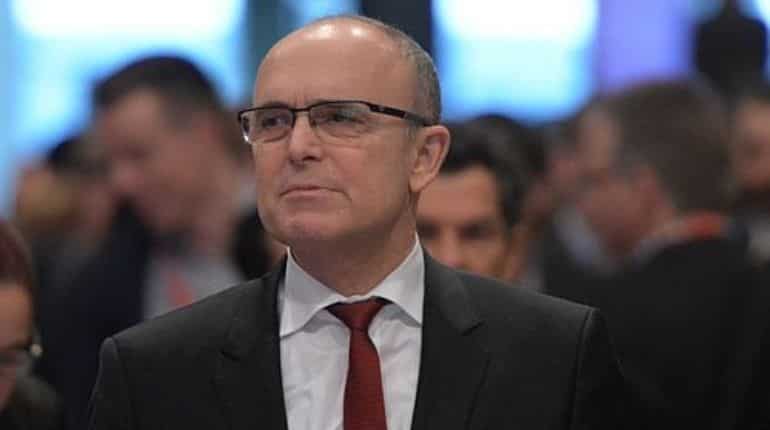 Who else backs the foundation?

Schwesig's Social Democrat Party (SPD), which leads Germany's governing coalition and has traditionally advocated for close relations with Russia, is the bedrock of political support for the foundation, but a politician from the opposition Christian Democrats also serves on its board – reflecting broad public backing for Nord Stream 2 in Mecklenburg-Vorpommern.

The Foundation's president is SPD member Erwin Sellering, a past state premier. Gerhard Schroeder, a former SPD Chancellor and close friend of Putin's, has headed the shareholders' committee of Nord Stream since 2005. He is also on the board of Russia's top oil producer Rosneft, and this month was nominated to join Gazprom's board of directors. 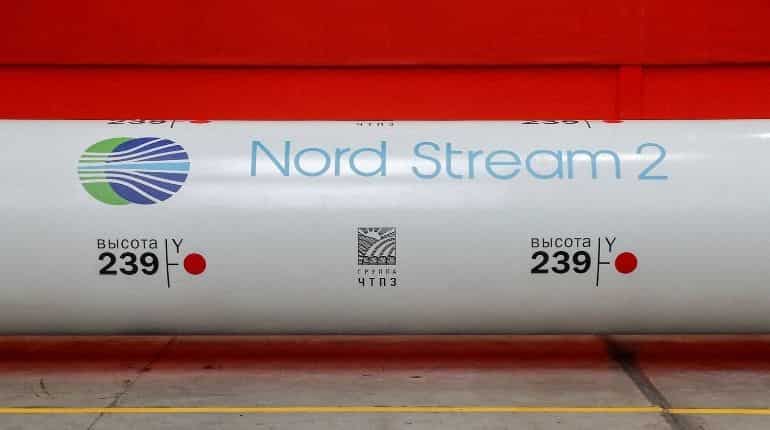 What benefits will Germany get from the pipeline?

The pipeline would double the amount of gas Russia can pump directly to Germany. Russian natural gas accounts for around half of Germany's gas needs. Gas keeps half of Germany's households warm and is key for manufacturing industries like ceramics in Europe's largest economy. Gas accounted for just over 15% of German electricity generation last year, according to the energy and water industry group BDEW.

In an account of its first year on its website, it said that to complete the pipeline, "the US's illegal threats had to be countered with a wide range of measures, which for obvious reasons cannot be made the subject of public explanation."

The commercial arm, which carries out its activities related to the pipeline, is headed by a person appointed by Nord Stream 2, according to The Foundation's statute.

Public records show the foundation owns the Blue Ship, a general cargo vessel built in 2006 sailing under Cypriot flag. Stationed in the Russian port of Murmansk for much of 2020, the vessel entered the Baltic on July 1 last year, and has remained near the port of Mukran, some 30 km (18 miles) from the pipeline's landing point of Lubmin ever since. No other ships are registered to the foundation.

A US State Department report to Congress last November said the Blue Ship was one of two vessels that had engaged in pipe-laying activities, on Nord Stream 2 or another sanctioned project.

US President Joe Biden's administration waived some sanctions on Nord Stream 2 in May 2021 as Washington sought to rebuild ties with Germany, after relations deteriorated under former President Donald Trump. 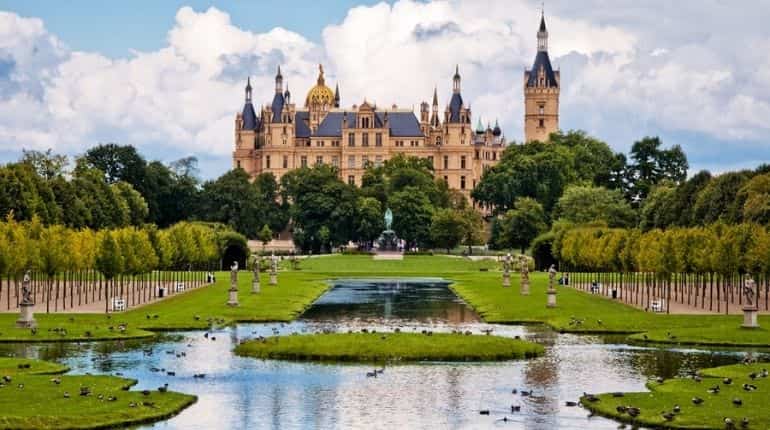 How does the local area benefit from the pipeline?

Several hundred local workers were involved in building it, "several hundred million euros" have been invested in the state so far in relation to Nord Stream 2, and the pipeline operator expects to employ around 30 workers long-term, a spokesman for Gas for Europe (G4E), said the German subsidiary of Nord Stream 2.

Mecklenburg-Vorpommern houses much of Germany's offshore wind capacity and the local government says it aims to use wind power to produce "green" hydrogen that can in future be exported through the Nord Stream 2 line. 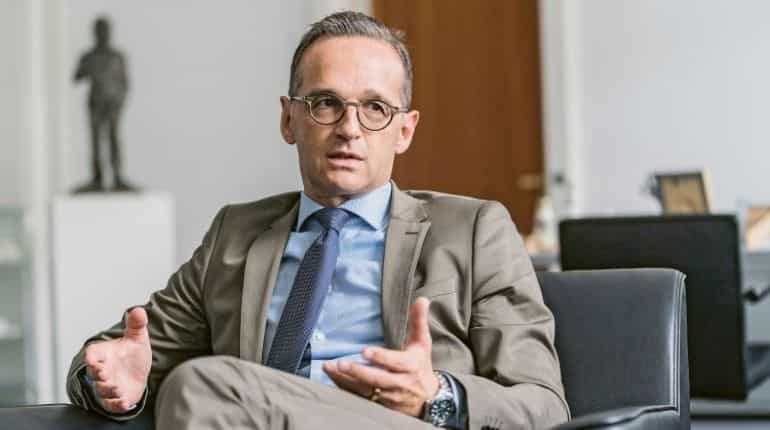 What does the rest of Germany say about the Foundation?

The foreign ministry declined to comment on the Foundation or its goals. Former Foreign Minister Heiko Maas, who was in office when the Foundation was set up, said at the time it was "a decision made in Mecklenburg-Vorpommern, it was not a decision of the federal government."

Some environmentalists argue that supporting gas is harmful to the climate, noting that gas emits carbon when burned. German NGO Environment Aid has called the Foundation "a service to Nord Stream 2 AG." 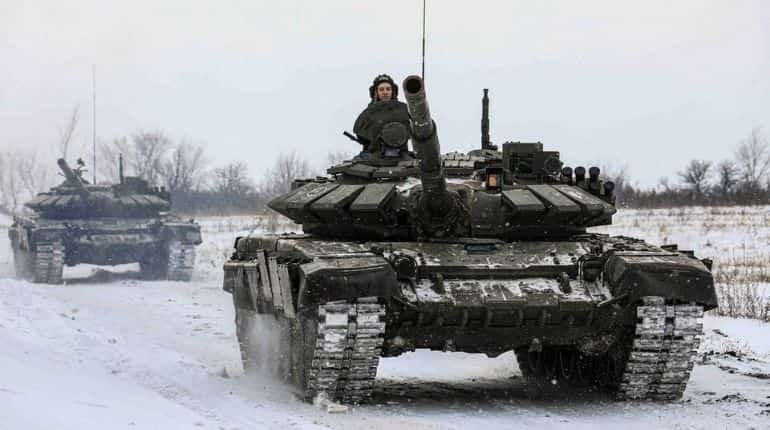 The UNSC meeting was convened in the backdrop of high tensions between Russia and the West over border conflict with Ukraine.