Spaniard Rafael Nadal inflicted one of the most humiliating defeats on great rival Novak Djokovic in the French Open final on Sunday, thrashing the world number one 6-0 6-2 7-5 to lift a record-equalling 20th Grand Slam men's singles title.

Tennis fans would have been salivating at the prospect of another epic clash in one of the sport's greatest rivalries but it proved to be one of the most one-sided Grand Slam finals in the Open era under the closed roof of Court Philippe Chatrier. 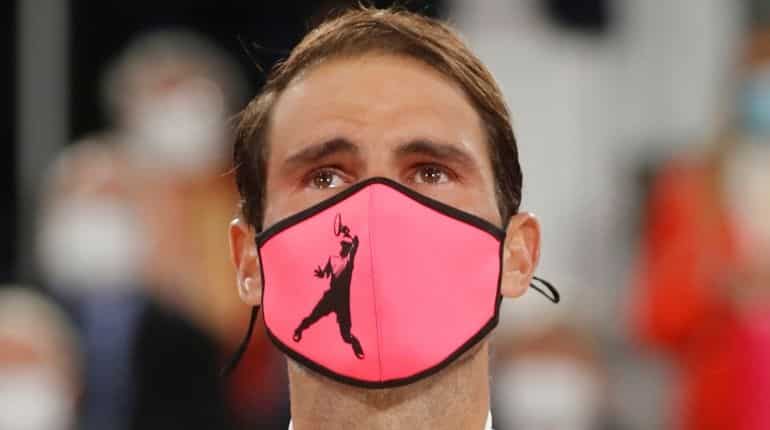 The roof, which made its debut at this year's rescheduled Grand Slam, was closed just before the start of play, sending fans and pundits on social media into a frenzy on which player would benefit from the indoor conditions.

Most thought it would favour the Serbian's game against the 34-year-old Nadal, who was bidding for a 13th title on the red claycourts at Roland Garros.

But Nadal adapted brilliantly as he has done all fortnight to the new brand of balls and the much colder and wet conditions at this year's event which started in late September rather than its usual May-June slot due to the COVID-19 pandemic. 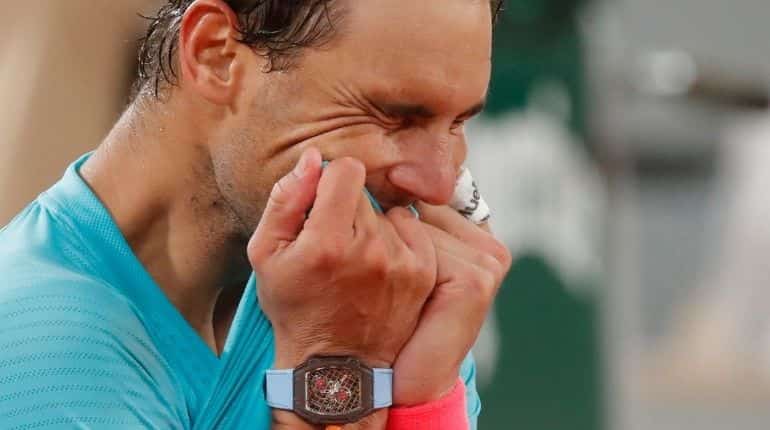 'Greatest of all time'

"Of course, we were hoping for a great final and this is not going to go down as a great final. I am more surprised, I didn't think Rafa was going to play this well," Eurosport tennis expert and seven-times Grand Slam champion Mats Wilander said.

The stakes were high for both players in their ninth meeting in a Grand Slam final - they were tied 4-4 previously - with the added incentive of lifting another major trophy in the battle to be considered the men's "Greatest of all time". 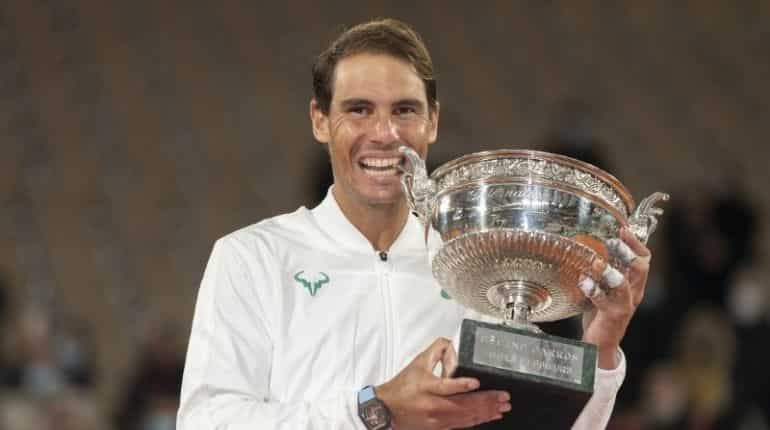 'Means everything to me'

"To win here means everything. I don't think today about the 20th and equal Roger on this great number, today is just a Roland Garros victory and that means everything to me," the world number two said.

"This love story I have with this city and this court is unforgettable."

The 39-year-old Federer, who has been recovering from knee surgery this year, congratulated his friend.

"As my greatest rival over many years, I believe we have pushed each other to become better players," Federer posted on Twitter, along with a photo of him with Nadal.

"Therefore it is a true honour for me to congratulate him on his 20th Grand Slam victory." 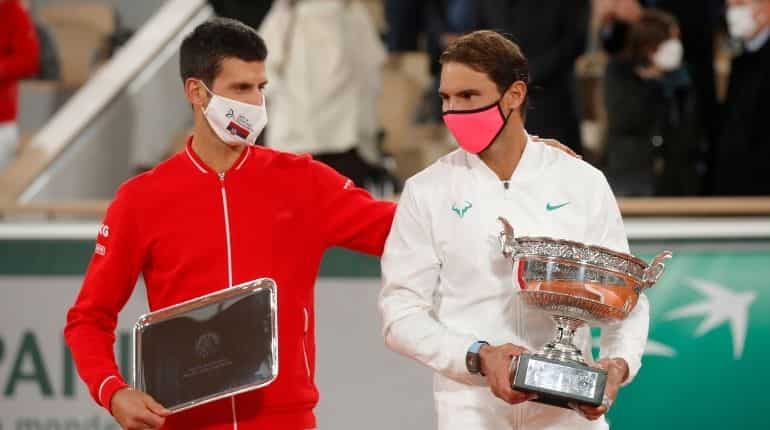 Before the match Djokovic had said Roland Garros was Nadal's home and the Spaniard did not once leave the door ajar for the Serbian to make a comeback into the match.

Djokovic, 33, who had won five Grand Slam finals in a row since losing to Stan Wawrinka at the 2016 U.S. Open, still leads Nadal 29-27 in career meetings but the scar of Sunday's defeat will run deep.

The drop shots on the slow claycourts served Djokovic well in earlier rounds and he used plenty of them in his opening game on Sunday but Nadal ran most of them down, blunting the Serbian's weapon and gameplan.

Djokovic struggled with his first serve and was unable to come up with a Plan B as Nadal continued to be the aggressor while making just two unforced errors in the opening set to hand his opponent a rare bagel in the opening set. 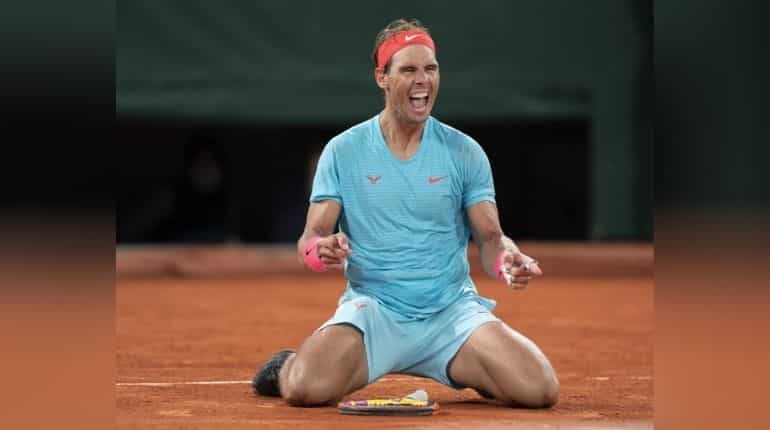 Nadal showed exemplary athleticism and court coverage to get his racket to Djokovic's crunching groundstrokes as the bewildered Serbian watched on, fast running out of ideas on how to win important points.

In the second set there was no letup in intensity from Nadal, who continued to hit deep returns to keep his opponent pinned to the back of the baseline.

Djokovic got on the board at the start of the second set after managing to save three breakpoints but Nadal maintained his iron grip by breaking the Serbian's next two service games to take a 2-0 lead in the match. 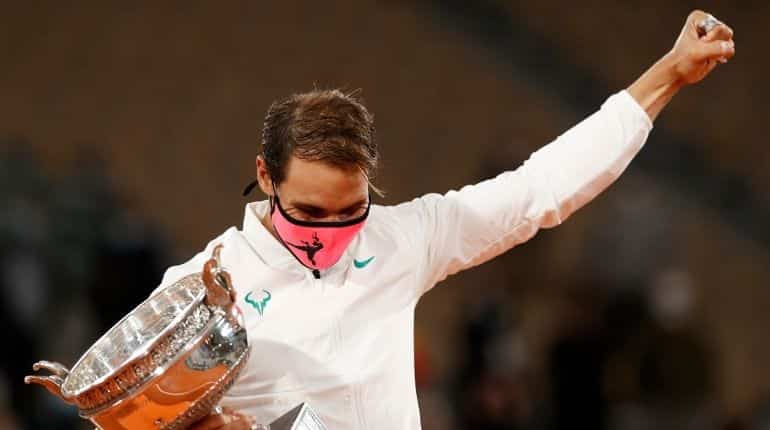 In a high-quality third set, Djokovic broke Nadal's serve for the first time for 3-3 but dropped serve on a double fault in the 11th game before the left-hander went on to bag his 100th victory at Roland Garros with an ace.

"Today you showed why you are the king of clay. Today was a tough match, I was outplayed by a better player today," said Djokovic after losing his third final to Nadal at Roland Garros.

"He did surprise me with the way he was playing, the quality of tennis he was producing, the level. He's phenomenal. He played a perfect match, especially in the first two sets."