President Vladimir Putin will lead celebrations on May 9 marking the 77th anniversary of the Soviet Union's victory over Nazi Germany, brandishing Russia's vast firepower while his forces fight in Ukraine.

The anniversary was barely marked in public in the Soviet Union before 1965. Until the 1990s, after the fall of the Soviet Union, it was confined to major anniversaries, with an emphasis on honouring veterans.

Since 2008, under Putin, Victory Day has become an occasion not only to honour the sacrifices of a previous generation, which are seared into older Russians' folk memory, but also to burnish an image of post-Communist Russia restored to the greatness of former years. (Text: Reuters) 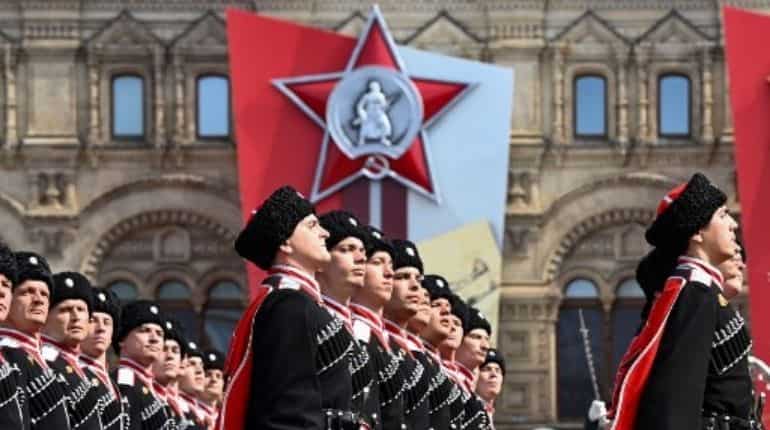 The Soviet Union lost 27 million people in World War Two, more than any other country.

The German invasion of 1941 exploited the same weakness that had tempted French emperor Napoleon Bonaparte in his failed campaign of 1812: Russia has no natural barriers to shield its western border.

Nazi Germany's unconditional surrender came into force at 11:01 p.m. on May 8, 1945, marked as "Victory in Europe Day" by France, Britain and the United States. In Moscow it was already May 9, which became the Soviet Union's "Victory Day" in what Russians call the Great Patriotic War of 1941-45. 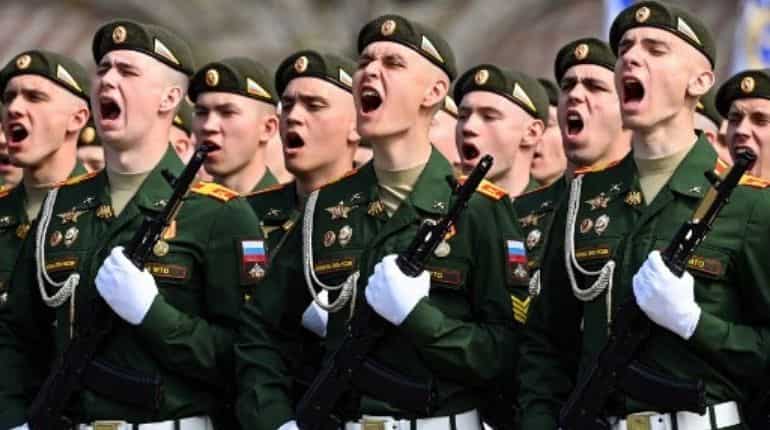 In the Soviet Union

May 9 was a normal working day from 1947 until 1965, when then-Soviet leader Leonid Brezhnev ordered a 20th anniversary parade on Red Square, featuring veterans and historical weaponry. Others were held in 1985, 1990 and 1995.

The occasion for showing off modern Soviet military hardware was parades held on Red Square on Nov. 7 each year before the assembled Communist Party Politburo to mark the anniversary of Vladimir Lenin's Bolshevik Revolution in 1917. 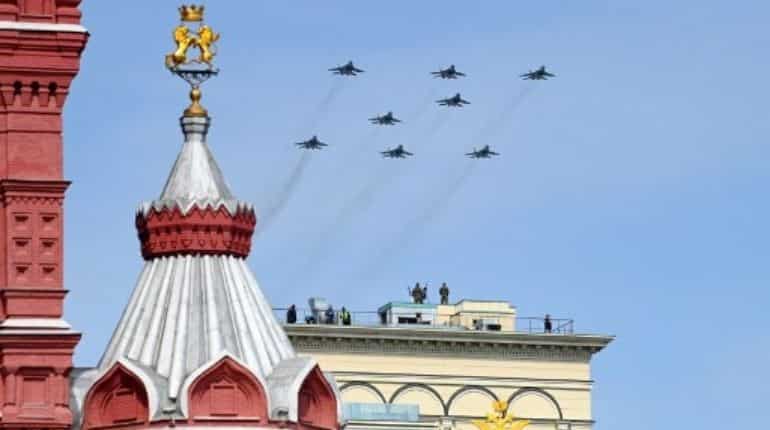 They were rich in nostalgic splendour, at a time when Russia's military, ravaged by post-Soviet economic upheaval, had become a shadow of its former self.
To rub salt in the wound, the Western NATO alliance was expanding into the countries of eastern Europe that had been part of the Soviet Communist military alliance, the Warsaw Pact.

That expansion still rankles with Putin, who cites what he says is NATO's intention to admit Ukraine as a direct threat to Russia and one of the reasons for Russia's invasion of its neighbour on Feb. 24. NATO has said there is no plan to admit Ukraine, but that it is for Kyiv to decide whether to apply.

"The people of Europe are in eternal debt to the Soviet Union," Vasily Golubev, 85, made a Hero of the Soviet Union for helping Leningrad to resist the Nazi siege, said at a Communist-sponsored rally in Moscow on the day of the 1997 parade.

"We let the Warsaw Pact end. Why does NATO have to expand?" 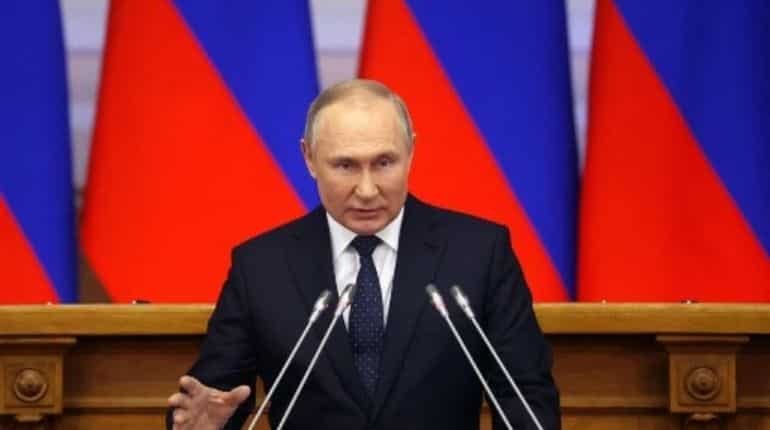 Since 2008, Victory Day parades have become a muscular display not only of marching battalions but also of Russia's latest weaponry, including warplanes, tanks, and nuclear-capable intercontinental ballistic missiles.

It was also the first time the parade had been televised live to a worldwide audience, through Russia's RT channel. 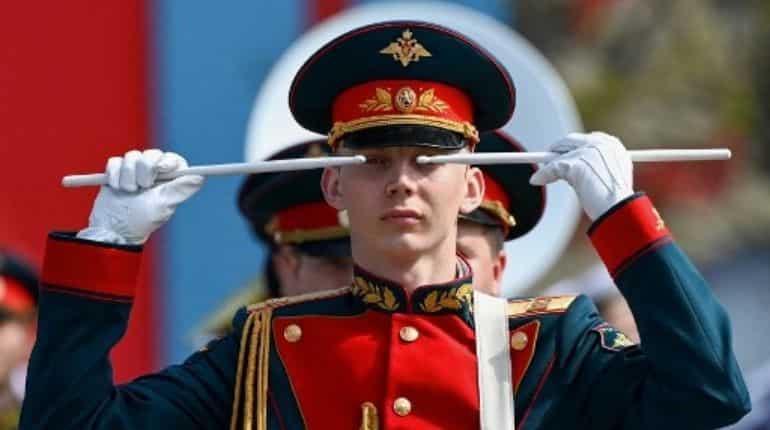 The shadow of war

Ahead of Monday's parade there has been speculation that Putin will use his address to formally declare war on Ukraine, or to order a general mobilisation to help reinforce Russia's campaign - suggestions that the Kremlin has dismissed.

Asked on Friday whether the parade would be overshadowed by the conflict, which Russia calls a "special military operation", and concerns about a mobilisation, Peskov said:

"Victory Day for all Russian citizens, for all Russians, for almost all residents of the former territory of the Soviet Union, is a sacred day ... filled with a sense of pain for the sacrifices that we have suffered, and a sense of pride for our country and for our victory. And nothing will overshadow it."