Climate change has for long remained the elephant in the room, with no concrete long-term action against it. As it accelerates quicker than expected, people all over the world, drawing on the calls of young activist Greta Thunberg, have launched simultaneous protests across the globe to bring the attention of world leaders to the threat of mass extinction.

(Text below from Reuters) 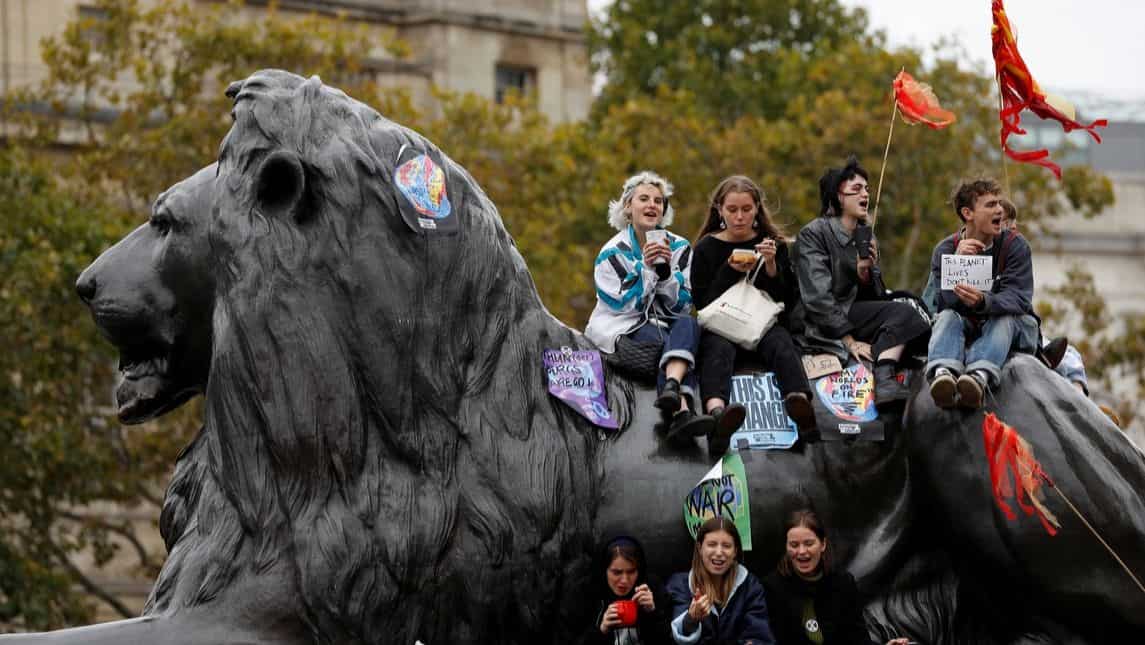 London's Metropolitan Police have arrested 135 people taking part in protests organised by the, they said on Monday.

Activists blocked roads, bridges and squares all over London's government district of Westminster to call on politicians to take urgent action to curb carbon emissions.

The protests, which organisers expect to bring 10,000 people to the British capital, are part of what Extinction Rebellion activists call an "international rebellion," with similar actions taking place elsewhere.

The Metropolitan Police said last week they would mobilise thousands of officers to handle the planned protests warning that anyone who broke the law, even as part of non-violent civil disobedience, would be arrested. 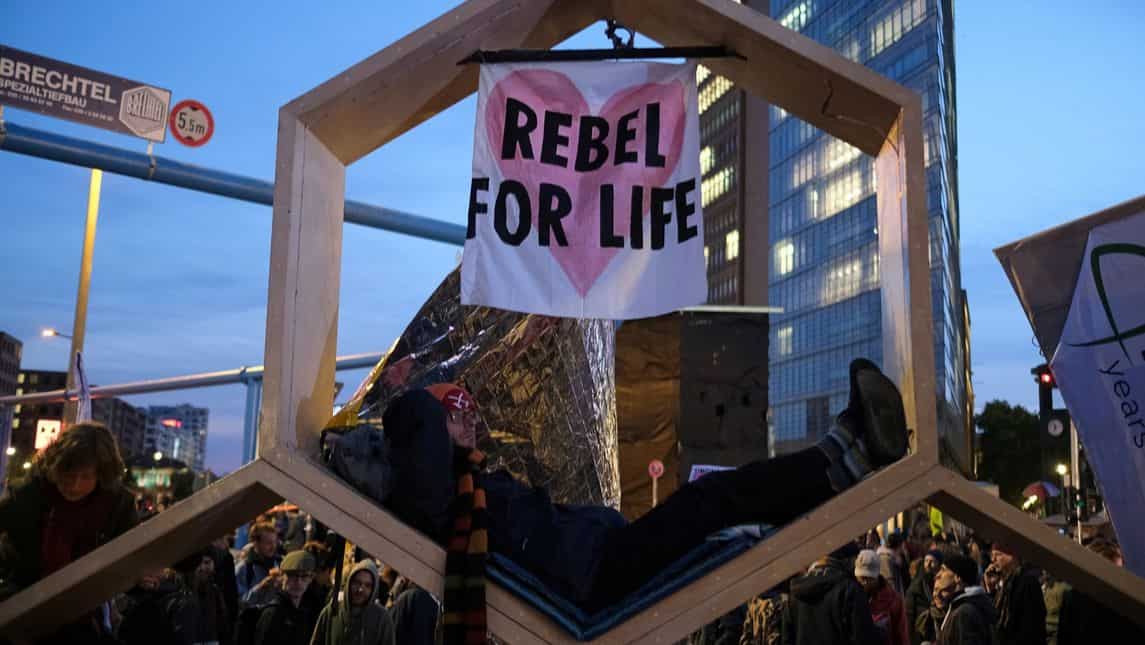 Thousands of climate change activists blocked traffic at two main squares in Berlin on Monday, kicking off a week of protests intended to force the German government to take more drastic measures to protect the environment.

Defying almost freezing temperatures, activists singing "Solid as a rock, rooted as a tree" gathered at dawn at the iconic Victory Column near Berlin's Tiergarten park.

Chancellor Angela Merkel's government is expected on Wednesday to approve the main details of landmark climate protection measures that have been described as unambitious by critics. 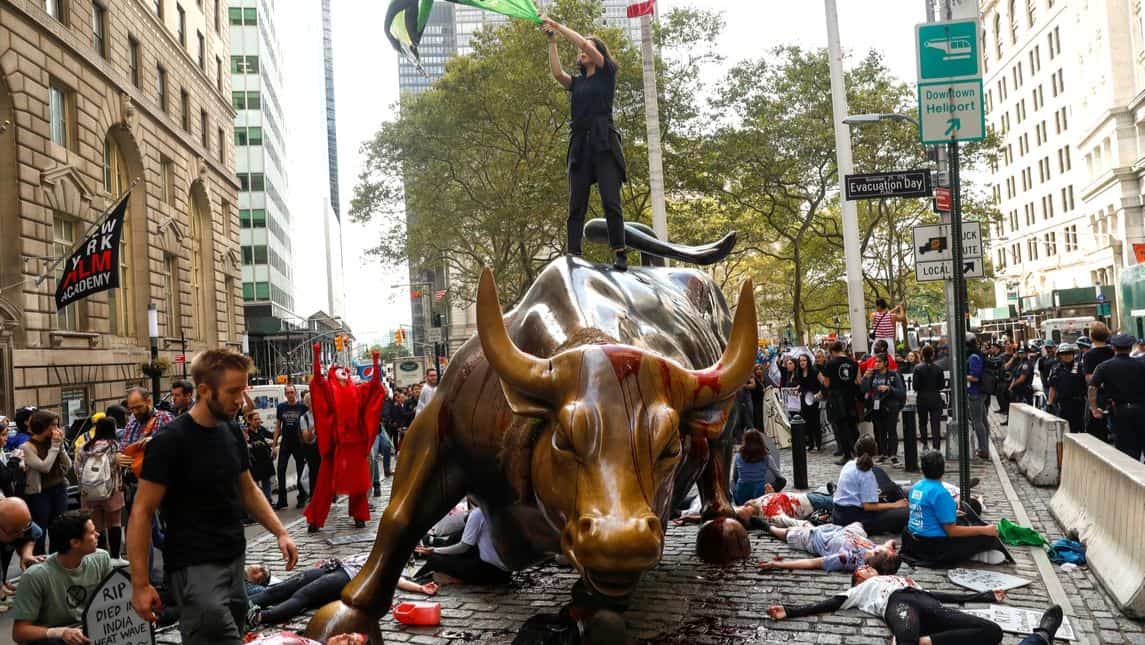 Arrests were underway in New York City by midday Monday as thousands of climate activists took to the streets in Gotham and other cities, launching two weeks of peaceful civil disobedience to demand immediate action to cut carbon emissions and avert an ecological disaster.

The protesters are launching two weeks of peaceful civil disobedience to demand immediate action to cut carbon emissions and avert an ecological disaster. 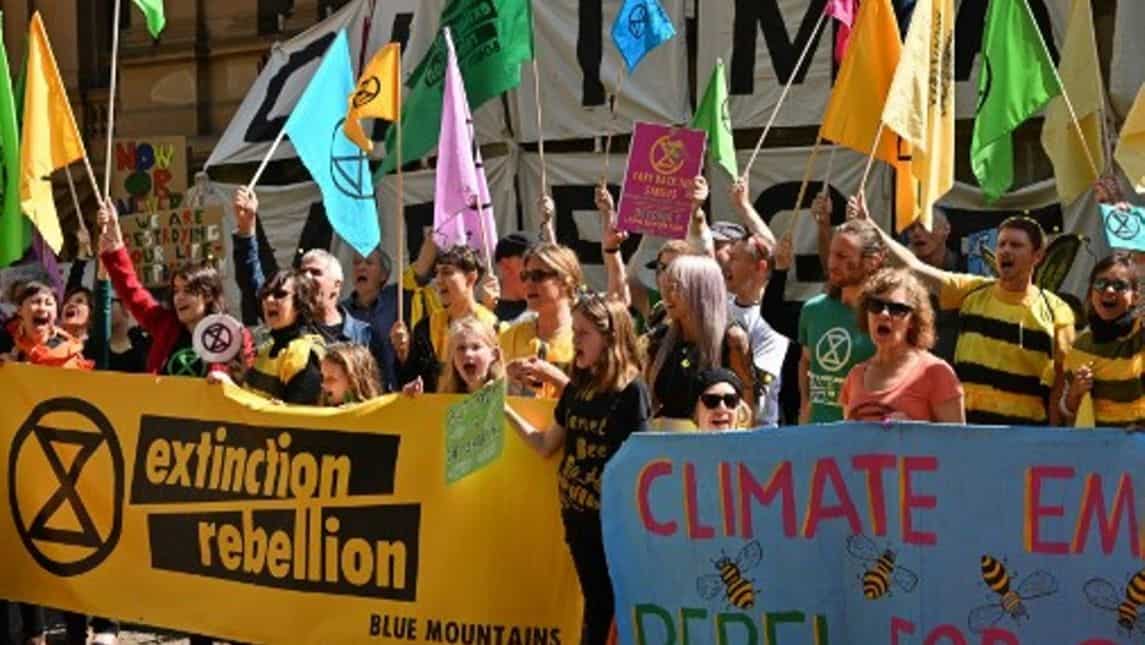 Several climate change protesters were arrested in Sydney on Tuesday as one man suspended himself from Story Bridge in Brisbane as part of the Extinction Rebellion global movement.

Protesters in Sydney dressed as bees and pretended to lay dying in Hyde Park. Some were taken away by police, following 30 people arrested in Sydney on Monday.

The action comes during a planned week of protests as part of the global Extinction Rebellion movement. 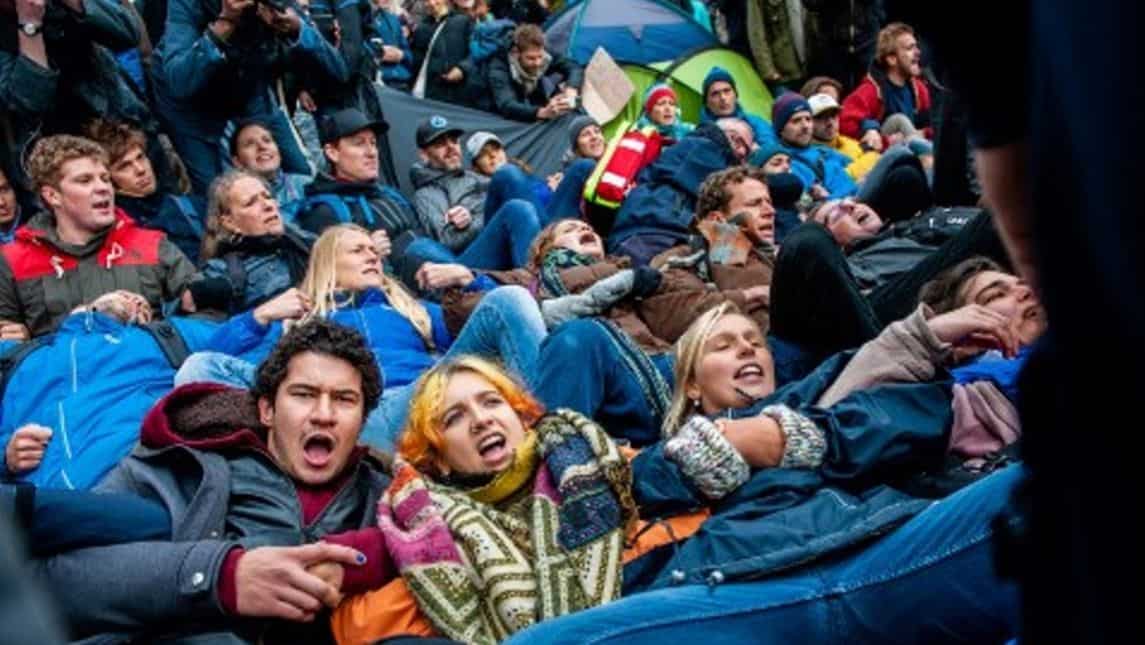 Police began forcibly removing climate change activists who blocked a major street in downtown Amsterdam on Monday, arresting 50 after they defied orders to move their demonstration onto a nearby square.

Traffic around the city centre was disrupted as about 900 protesters from the group Extinction Rebellion gathered at Stadhouderskade, in front of the Netherlands' national museum, to demand more action to tackle climate change.

The Amsterdam protests are part of an international campaign by the group to raise public awareness about climate change. 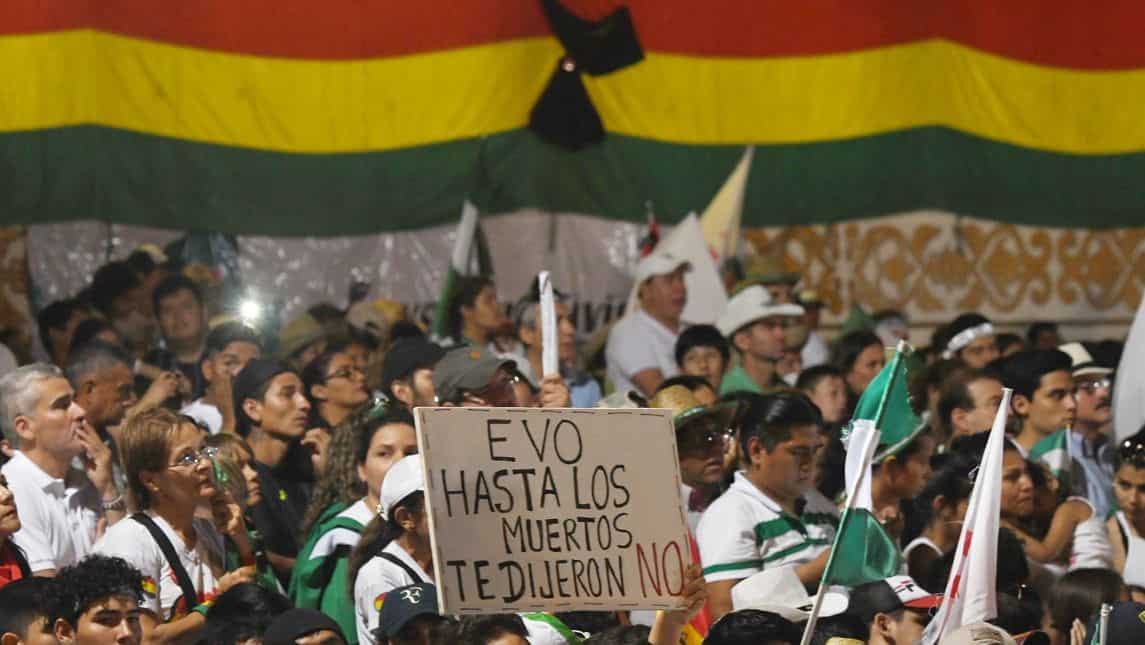 Bolivians marched through the streets of La Paz on Friday, as they joined others around the globe to raise their voices to demand action to protect the environment and combat climate change.

Across the world, students and workers left their schools, colleges and offices and marched along city streets to demand world leaders to take urgent action to avert an environmental catastrophe.

Climate change is a hot topic in Bolivia, with raging wildfires having devastated millions of hectares of forests in the country. 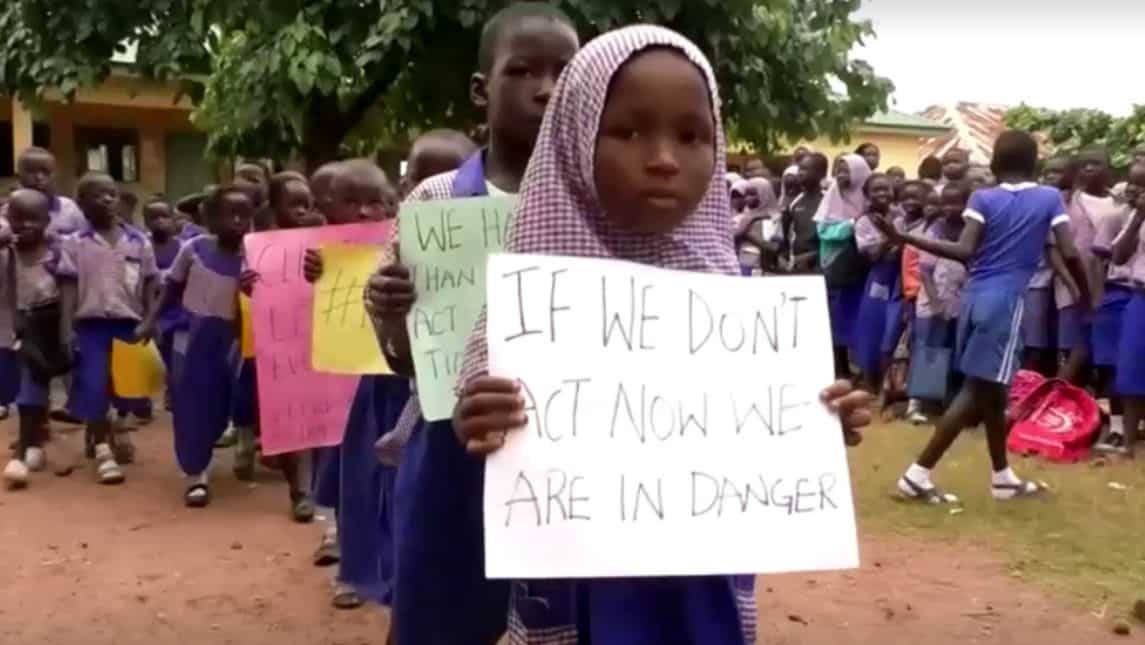 Pupils in Nigeria called on their leaders to take actions in protecting their future as they took part in the global Friday For Future campaign.

In Abuja on Thursday, pupils demonstrated with placards demanding immediate action, while environmentalist Oladosu Adenike discussed the impact of climate change and the work of Swedish climate activist Greta Thunberg. 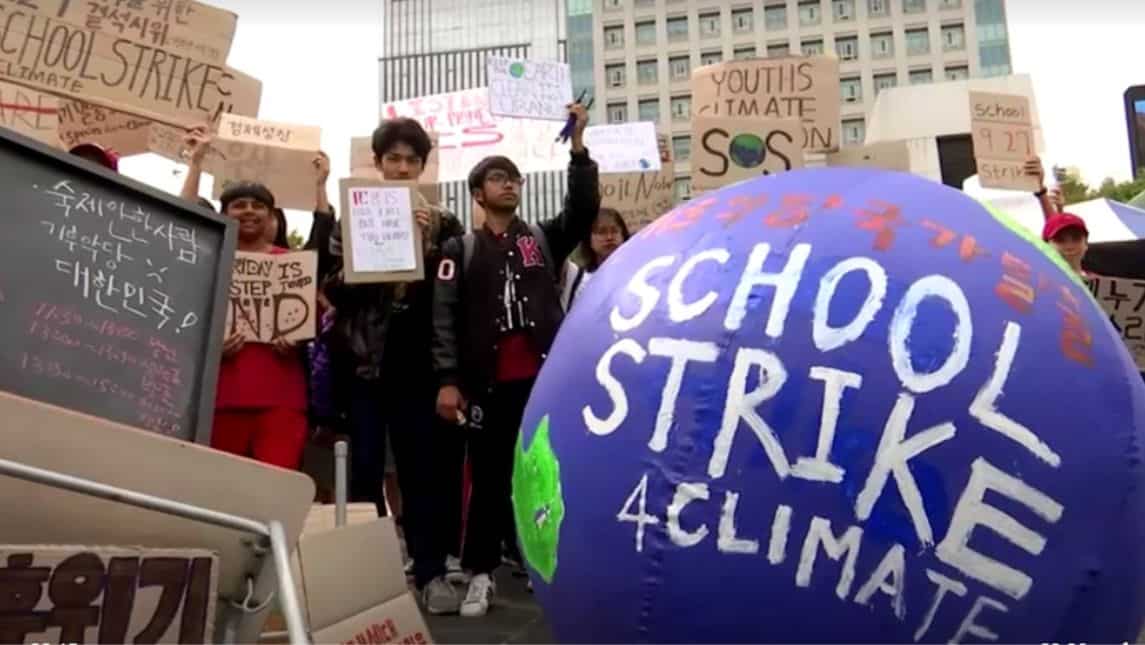 About 500 students gathered in central Seoul and marched towards the presidential Blue House after a downtown rally, where they said the government gets an "F" in climate action. 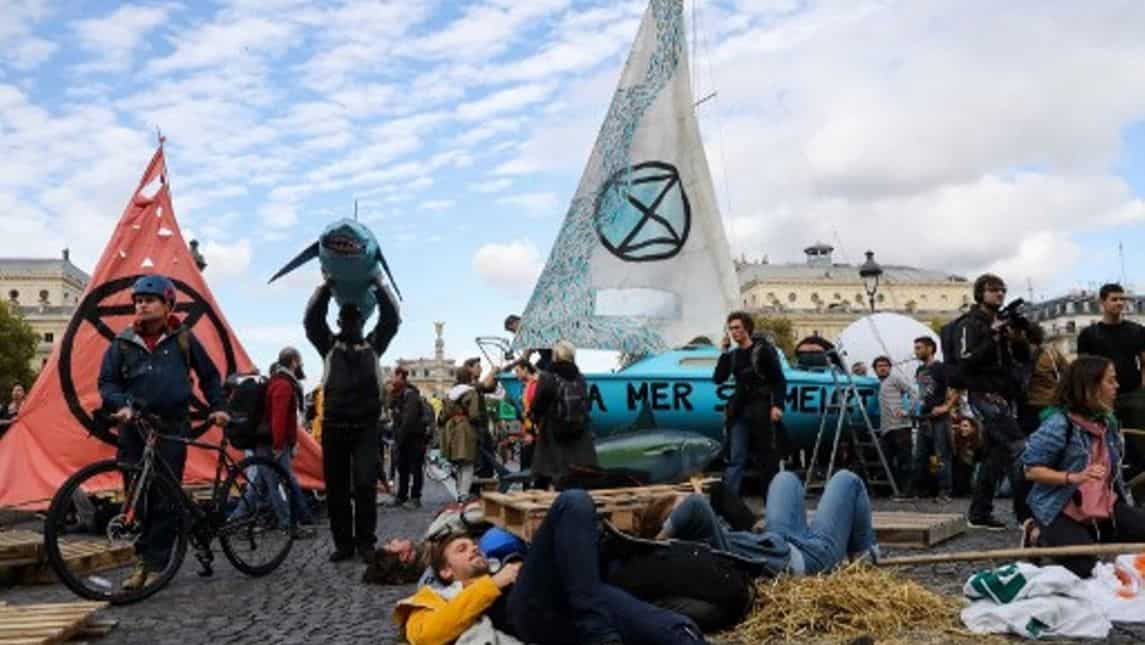 Activists from the environmental group Extinction Rebellion blocked a street and a bridge in downtown Paris on Monday, demanding an end to the current economic model which they say was a threat to humanity's future.

In mid-afternoon in central Paris., dozens of demonstrators built temporary shelters, set up various workshops, concerts and public assemblies, in a good-natured atmosphere. Several brought food and blankets, intending to spend the night on site.