D-Day: 76th anniversary of the beginning of Operation Overlord

By the end of May 1944, a large part of Europe was under the control of the Axis Powers, led by Germany, Italy and Japan. However, on June 06 more than 156,000 American, British, Canadian and French soldiers joined forces and stormed the beaches of Normandy, France fighting their way inland in an operation that marked the beginning of the end of a conflict. The operation that started on this day turned the tide of World War Two.

Before D-Day, the Allied Powers staged Operation Fortitude deceiving Germany into believing the landings would take place in Pas-de-Calais, and not Normandy, which was further to the west. Dummy tanks, landing craft and planes were staged in southeastern England so they would be spotted by German aircraft.

On June 06, 1944 Allies began D-Day in, and marked the start of the assault phase of the Allied invasion of mainland Europe — codenamed Operation Overlord.

The assault eventually won back control of France from German forces and was a decisive stage in the liberation of Europe. 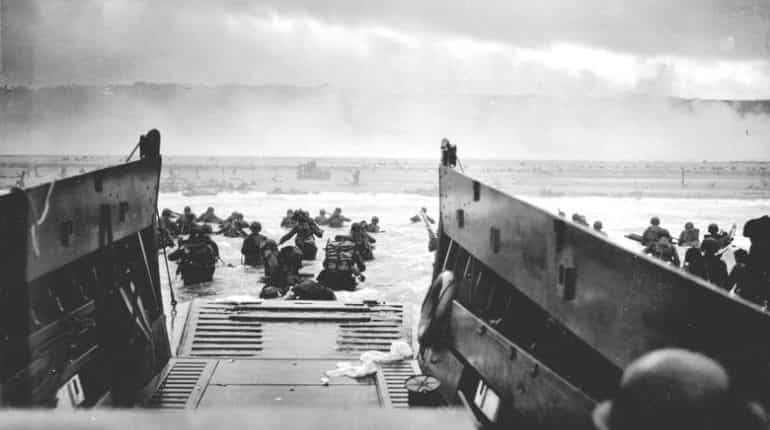 US troops wade ashore from a Coast Guard landing craft at Omaha Beach during the D-Day landings near Vierville sur Mer, France. 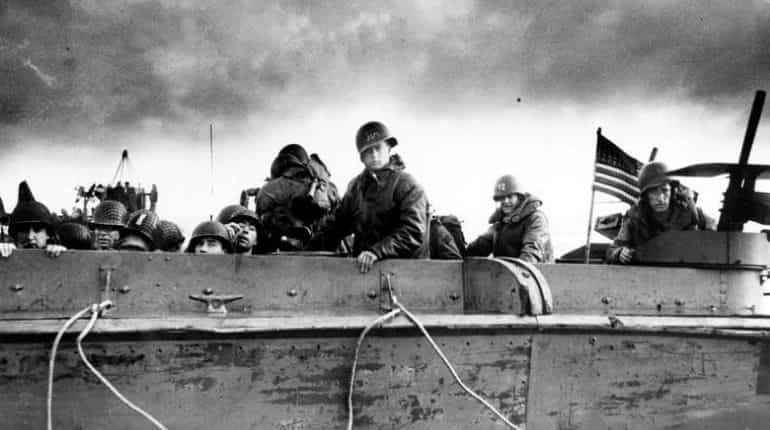 US Army troops and crewmen aboard a Coast Guard manned LCVP approach a beach in Normandy, France. 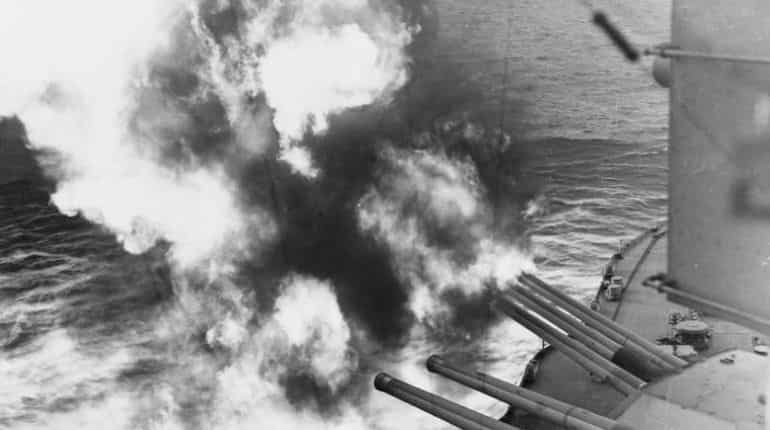 Forward 14/45 guns of the US Navy battleship USS Nevada fire on positions ashore during the landings on Utah Beach in Normandy, France June 6, 1944. 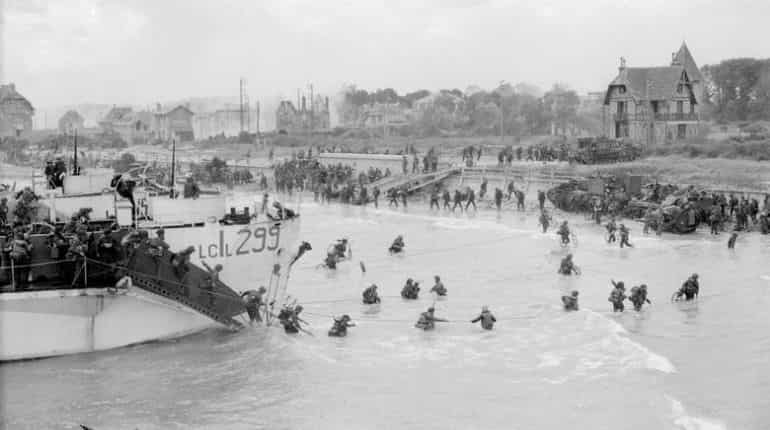 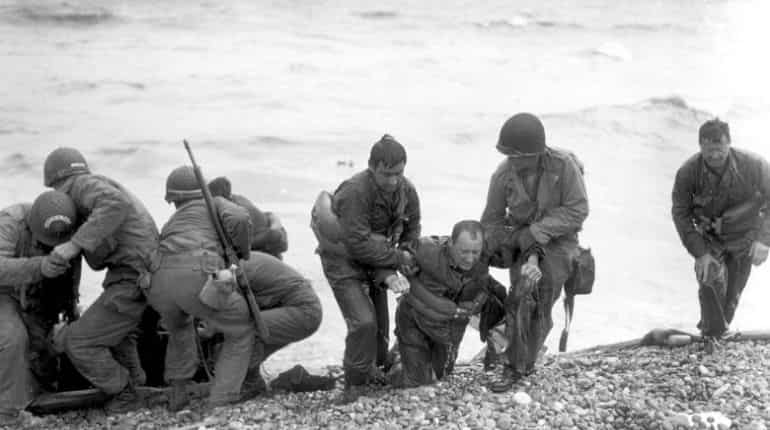 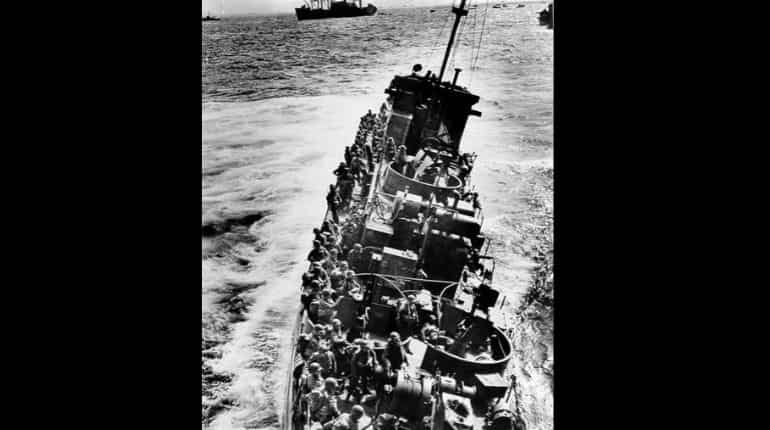 The Coast Guard LCI(L)-85, battered by enemy fire after approaching Omaha Beach, prepares to evacuate the troops to the U.S.S. Samuel Chase. She sank shortly after this photograph was taken. The LCI(L)-85 was one of four Coast Guard LCIs that were destroyed on D-Day. 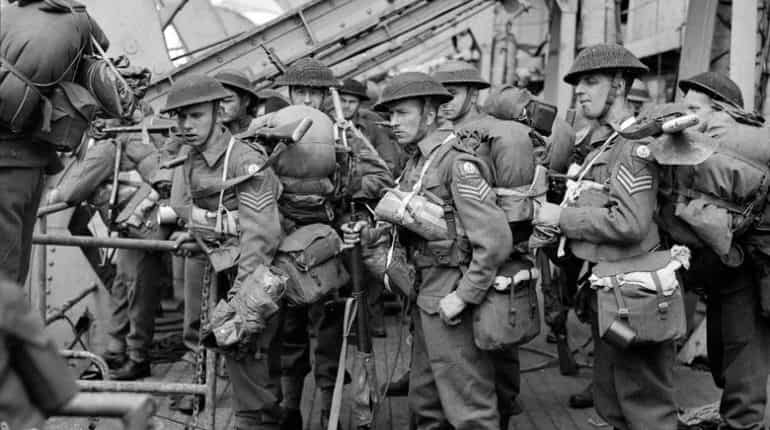 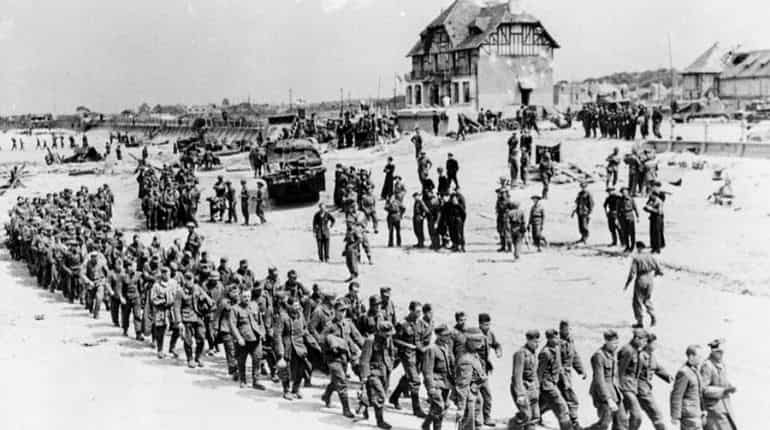 German prisoners-of-war march along Juno Beach, after being captured by Canadian troops, June 6, 1944. 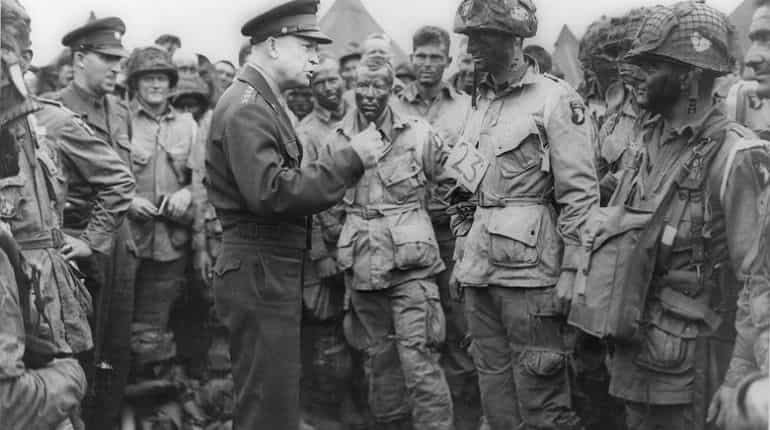 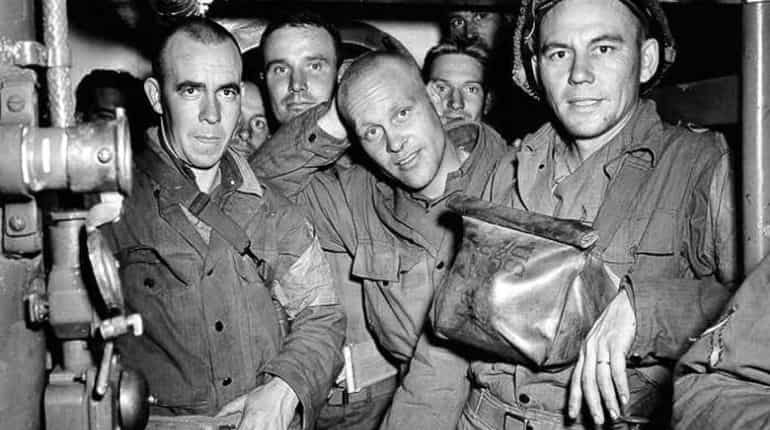 Night before the D-Day

US Army troops are seen on board a Coast Guard-manned LCI (L) bound for Normandy, the night of June 5, 1944.