Over 192 million Indonesian voters will vote in national and legislative elections on April 17. The elections are being contested by more than 245,000 candidates, in what is being described as the world's biggest single-day election. 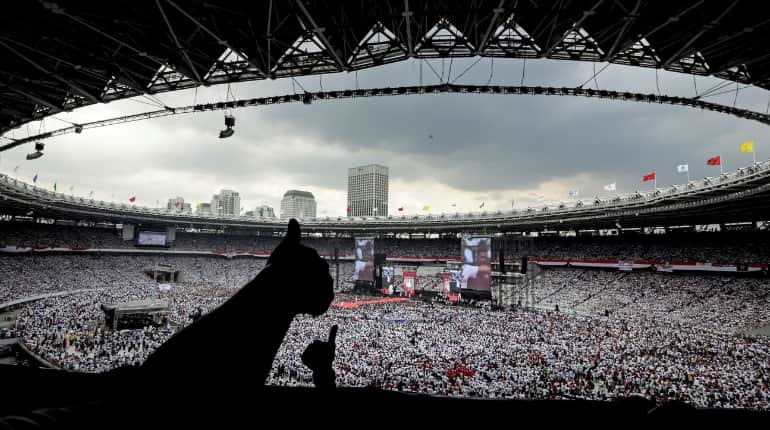 Huge public events combining entertainment and faith brought campaigning for the Indonesian presidential election to a close as the country with the largest Muslim population in the world now decides between the current president Joko Widodo or former military man and nationalist Prabowo Subianto. 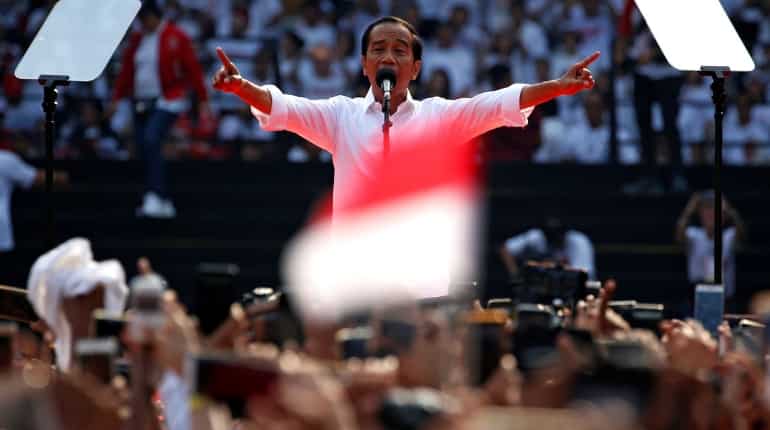 Widodo, more commonly known as Jokowi, spent the final campaign day indulging in a massive concert in the capital,

Jakarta, while his rival spent Friday night at an election rally with his followers to cap off seven months of campaigning.

It is the first time in Indonesia that presidential and legislative elections will be held simultaneously.

There are only two presidential candidates, due to the high electoral support required to run in this archipelago of 265 million people, around 88 per cent of whom are Muslim. 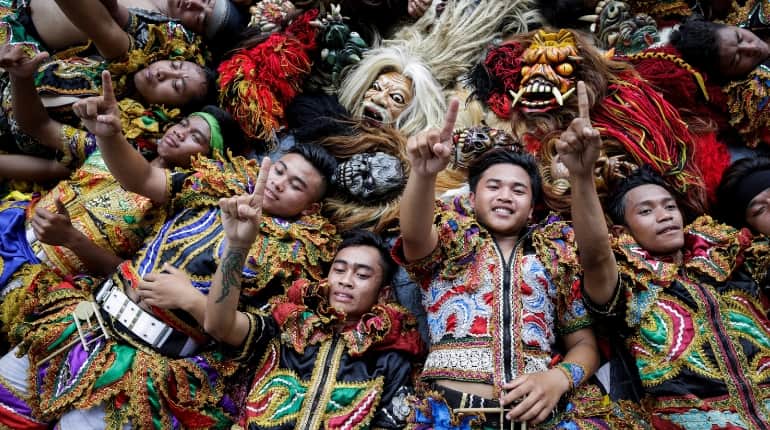 "Putih Bersatu" ("United in White") was the slogan for the massive concert put on in the Bung Karno stadium in Jakarta, where Joko Widodo was accompanied by 500 artists as well as carnival groups and other entertainers.

"According to projections, our country will be the fourth strongest country in the world in 2045," Jokowi said, referring to recent reports on the future growth of Indonesia's Gross Domestic Product (GDP). 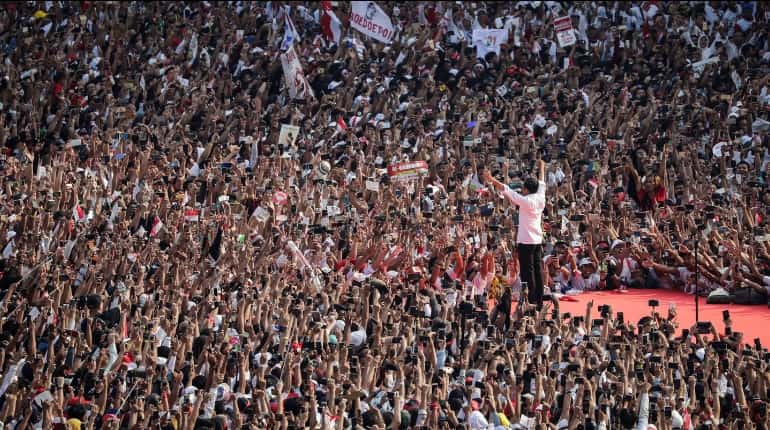 The president and his followers were dressed in white, a colour that signifies purity.

The streets around the stadium were packed with supporters waving the red and white colours and the symbol of a bull associated with Jokowi's Indonesian Democratic Party for Struggle. 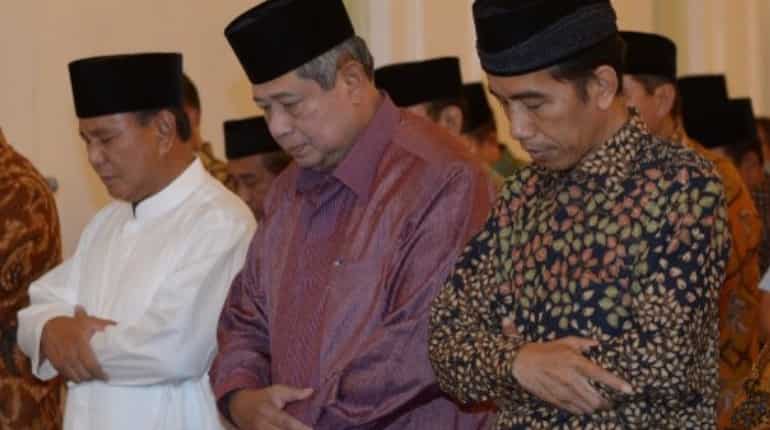 During the event, Jokowi's a running mate, Ma'ruf Amin, a scholar and chairman of the Indonesian Ulema Council, led prayers calling for the candidate's success in the ballot.

"Jokowi can prove that he has worked hard in the last four-and-a-half years, like with infrastructure, before we didn't have a metro or even a light railroad (in Jakarta), former presidents never did it, only promised it," said Fany Indira, 29, a supporter. 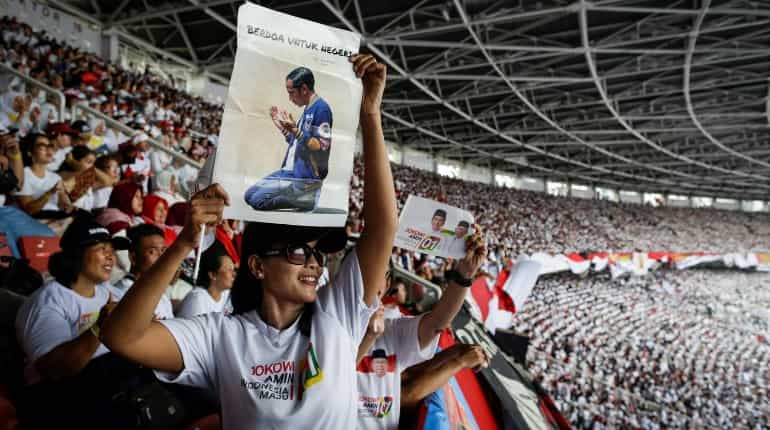 In Tangerang, west of Jakarta, Prabowo, sent entrepreneur Sandiaga Uno, his vice-presidential candidate to a mass rally in the Ahman Tani square in his stead.

Although both campaigns have been centred around the economy, nationalism and a call for national unity, the Islamic credentials of the politicians have also played a determining role in their image. 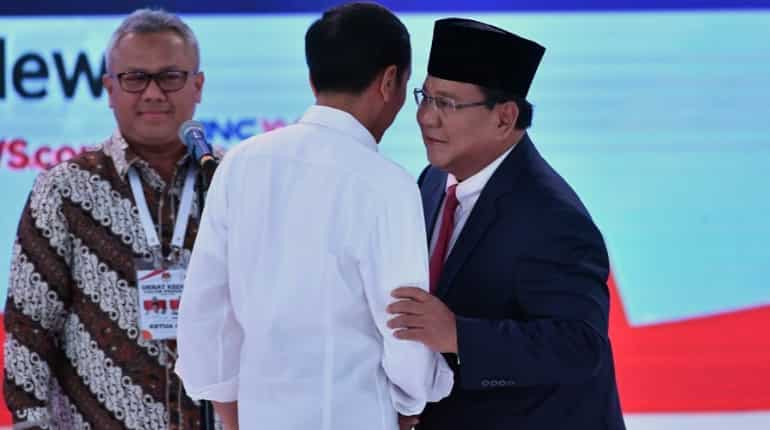 Jokowi and Prabowo show each other respect

For his vice-presidential candidate, Jokowi chose Amin, who presides over the largest Islamic organisation in the country.

Prabowo partnered up with Islamist movements that gained influence since the last election.

"According to the Koran, we must choose Muslim leaders," Indira responded when asked if she identified with Amin.

Jokowi and Prabowo have shown each other respect during the campaign, with inflammatory defamations and attacks limited largely to social media.

Jokowi is leading his opponent in the polls by about 20 points, although around 10 per cent of those asked in surveys were undecided. 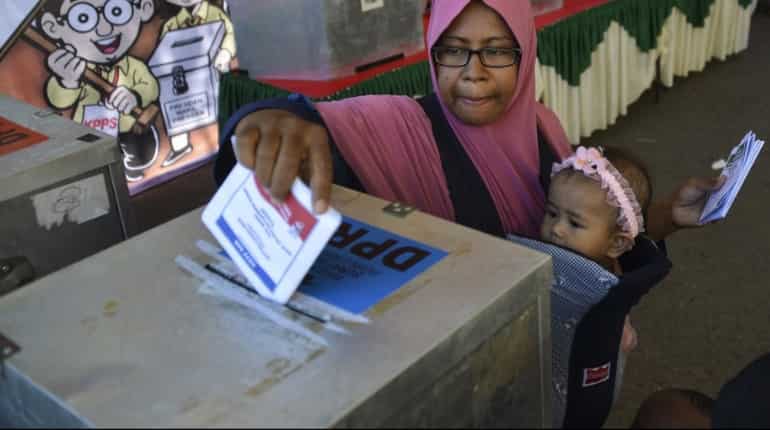 Voting: The most complicated process

The voting, which takes place Wednesday, is widely considered one of the most complicated processes in the world given that 193 million registered voters have been asked to choose between some 245,000 candidates vying for 20,000 positions in just one day of polling.