Bolivia burns in the aftermath of presidential elections

Bolivia's electoral board released new data late on Monday that showed President Evo Morales had enough votes to win the hotly contested election, sparking allegations of fraud from the opposition and angry clashes in the streets. As night descended, protesters in the cities of Tarija and Sucre burned mounds of ballot boxes and set fire to vote-counting stations. 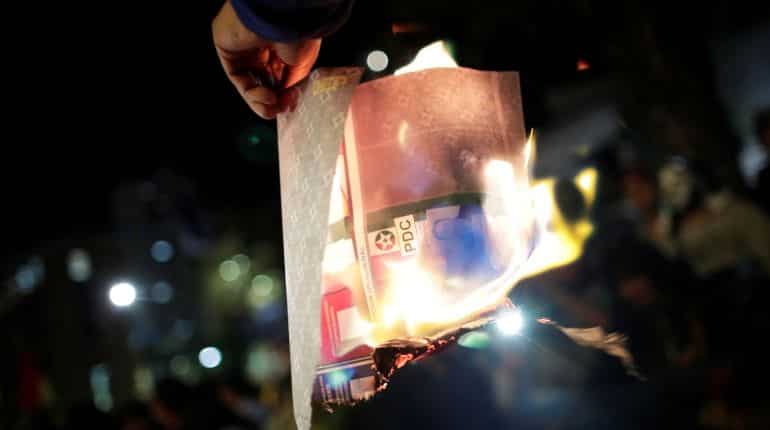 The electoral board had halted a preliminary vote count late on Sunday with results then showing the election going to a second round run-off for the first time in over a decade.

The abrupt pause had fueled concerns among election monitors and foreign governments over potential vote tampering.

After a nearly 24-hour gap, the Supreme Electoral Tribunal (TSE) updated its count to show Morales with a wider lead of 46.85 per cent of votes to rival Carlos Mesa's 36.73 per cent, just enough to give him the 10-point lead needed to win in the first round. 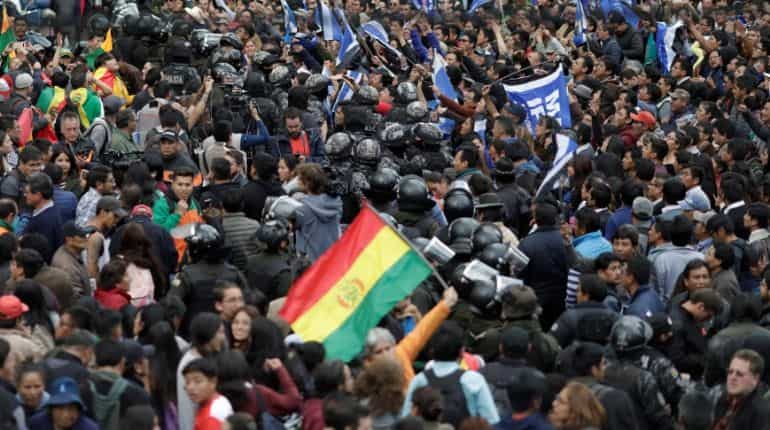 As protesters scuffled with police in the streets of the capital, La Paz, Mesa slammed the results as "shameful" and said he would not recognize them.

"We trust citizens won't accept this," Mesa told journalists in the lowland city of Santa Cruz. "This government has created an impossible situation. It's mocking the popular vote."

Just a day earlier, Mesa had celebrated making it to a second round after an official count of nearly 84 per cent of ballots showed Morales short of the votes needed to avoid a run-off. Other polls also showed a tight race leading to a second round. 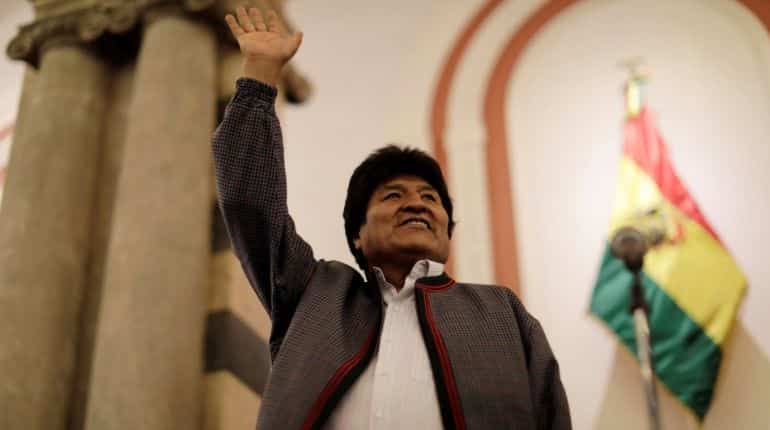 Morales, who has won his previous three terms with solid majorities, however insisted late on Sunday that he would get enough votes from rural areas for an outright win.

The uncertainty sparked protests in the landlocked South American country and fears among international election observers and diplomats about potential manipulation of the vote, with some worried it could trigger the kind of violent unrest that has recently roiled Chile and Ecuador.

"The result is in question and we're seeing the start of a conflict, a climate could be unleashed that moves this from tension to convulsion," said Bolivian political analyst Franklin Pareja. 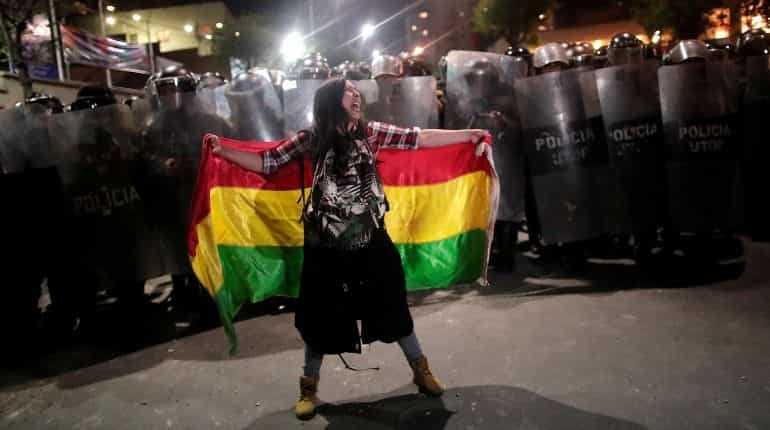 Before the electoral court resumed updating of preliminary results on Monday, thousands of Bolivians protested outside a hotel in La Paz where the TSE had gathered to process votes. Police fired tear gas at crowds, amid reports of clashes in protests elsewhere.

The TSE's earlier decision to halt the provisionary count with just 83.76 per cent of the ballot completed had prompted the official monitor, the Organization of American States (OAS), to demand to know why.

"Those numbers clearly indicated a second round, a trend that coincided with the only authorized rapid count and statistics from the observation mission," Manuel Gonzalez, the head of the mission, said.

Gonzalez said the change in one day was "inexplicable" and a blow to voters' trust in the electoral process, but his comments fell short of calling the results illegitimate. 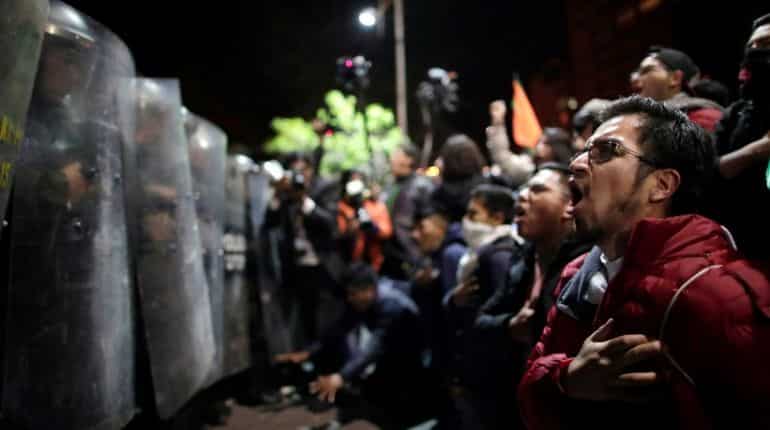 Argentina, Brazil and the White House also expressed concern over the interruption of the official reporting of results.

"Electoral authorities should immediately restore credibility and transparency to the process so that the will of the Bolivian people is respected," Michael Kozak, the US assistant secretary of state for western hemisphere affairs, said on Twitter. 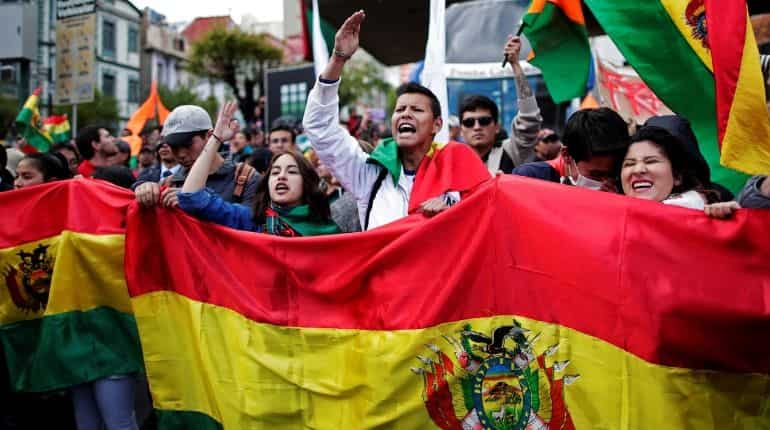 Antonio Costas, one of the six-member TSE team coordinating the count, told Reuters on Monday that the decision had been made to suspend the preliminary count to focus on the slower official calculation.

That count, still underway, with about 60 per cent of ballots processed, has Mesa and Morales closely tied with a little over 42 per cent of votes each. 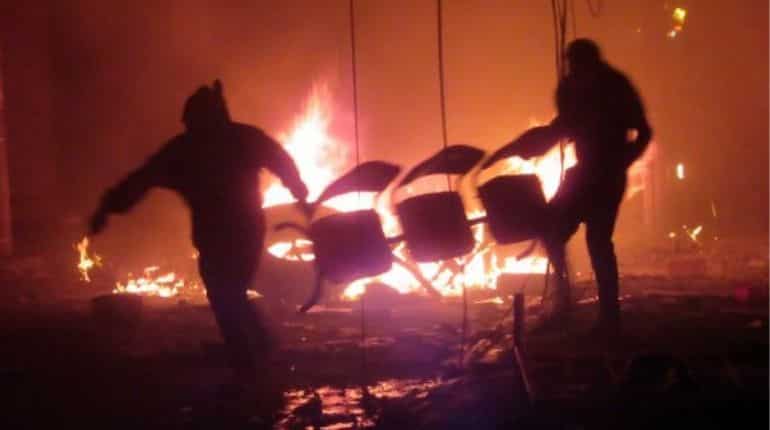 Costas added that he had not come under any political pressure to halt the preliminary count, which had been meant as a tool to help ensure greater transparency of the vote.

Morales, a former union leader of coca growers, has overseen a long stretch of political and economic stability for Bolivia, the continent's poorest country.

His support has slipped amid slowing economic growth and concern about government corruption and anti-democratic practices.