Ukrainian forces battled Russian invaders on three sides on Thursday after Moscow unleashed the biggest attack on a European state since World War Two, prompting tens of thousands of people to flee their homes. 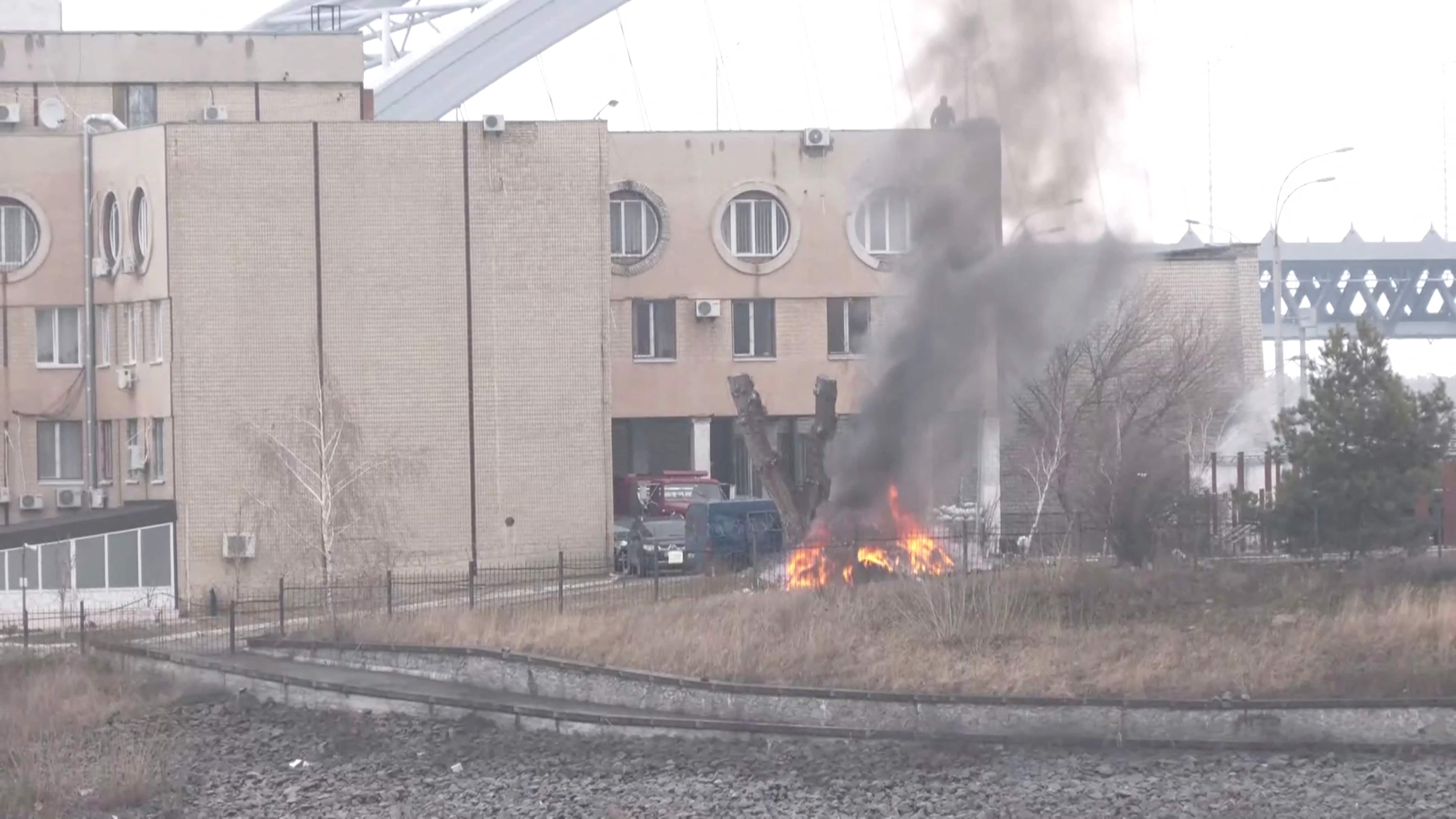 After declaring war in pre-dawn televised address by the Russian President Vladmir Putin, Ukraine’s capital was heard though explosion and gunfire through the day and elsewhere in the country, with at least 70 people killed. The assault brought calamitous ends to weeks of unsuccessful diplomatic efforts by the west to avert war over Russian demands for redrawing of post-Cold war security arrangements in Europe,” Putin said. 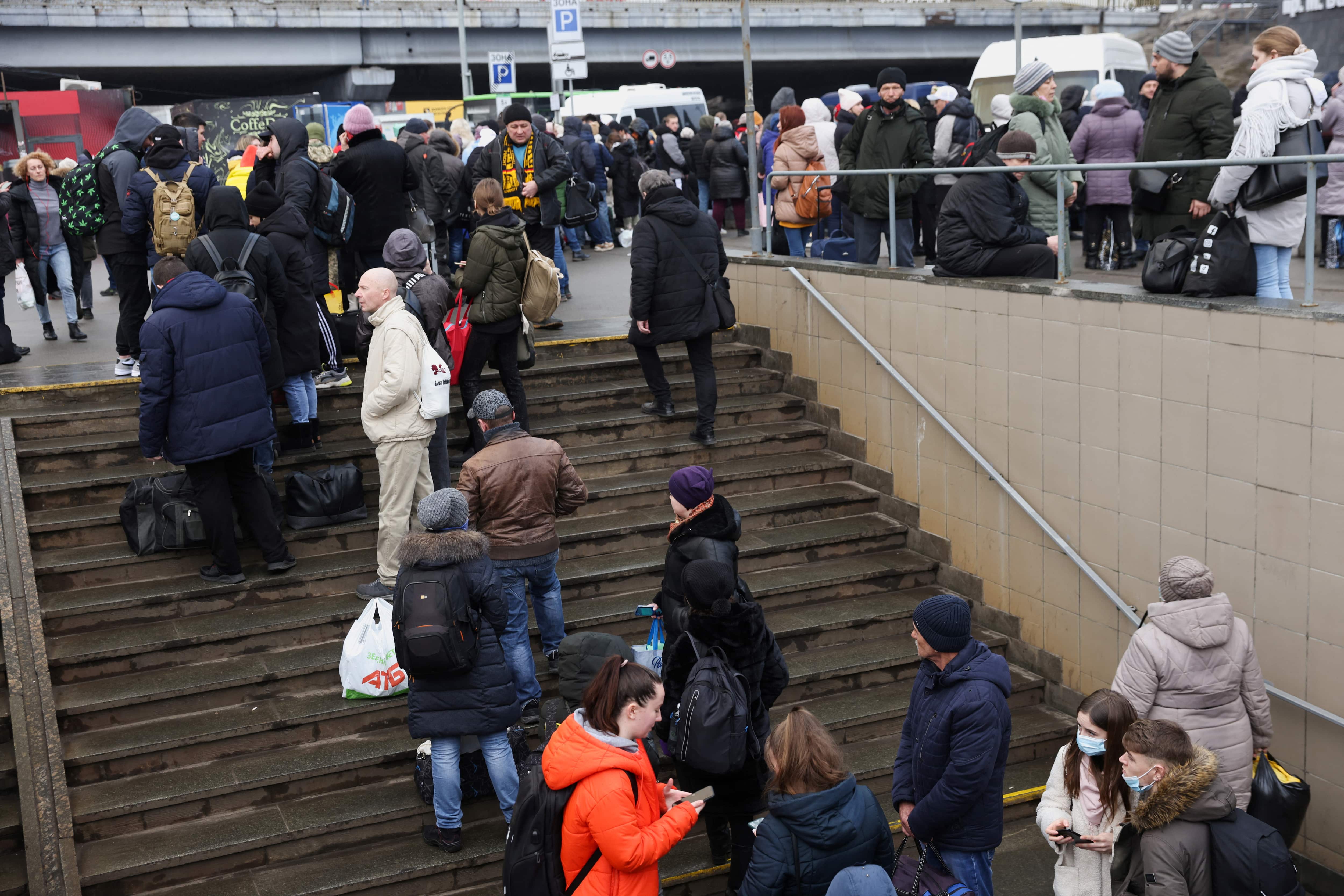 According to the Hungarian MTI news agency "at least 400 or 500 people" also crossed the border on foot into Hungary Thursday. 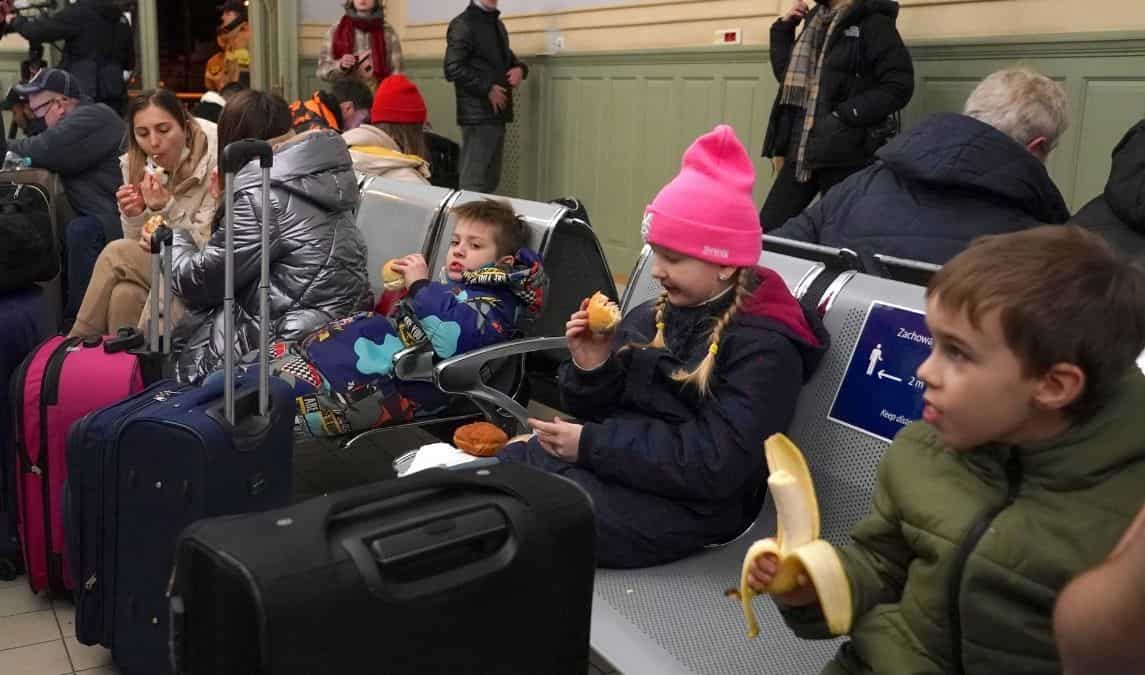 Refugees from Ukraine, including dozens of children and two women with their cats, camped overnight at a train station in neighbouring Poland after fleeing Russia's invasion on Thursday.

"I come from Kyiv. I heard the explosions next to my building... and I quickly packed, I took almost everything with me," said Olha, a 36-year-old teacher at the Kyiv Polytechnic Institute, who gave only her first name.

Hours after fleeing the fighting in her homeland, she was among around 200 arrivals bedding down at the station in the town of Przemysl in southeast Poland, just a few kilometres from the Ukrainian border. 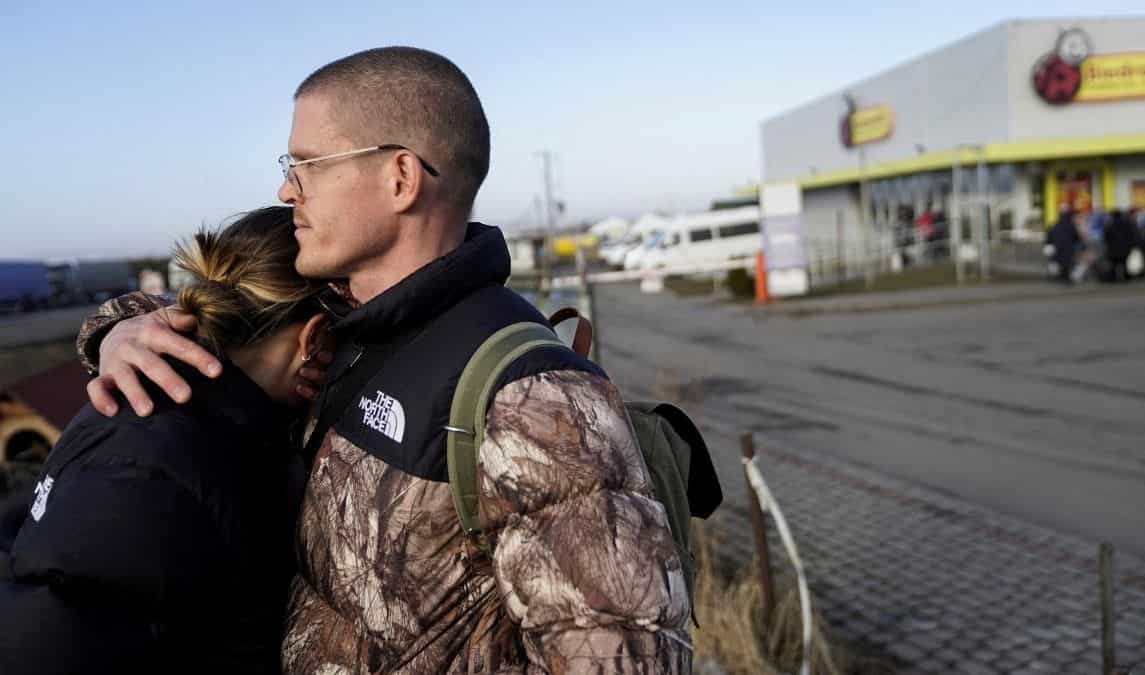 The UN refugee agency said around 100,000 people had fled their homes within Ukraine and several thousand more had left the country since neighbouring Russia invaded early Thursday.

"We believe that some 100,000 people must have already left their homes and may be displaced inside the country, and several thousand have crossed international borders," UNHCR spokeswoman Shabia Mantoo. 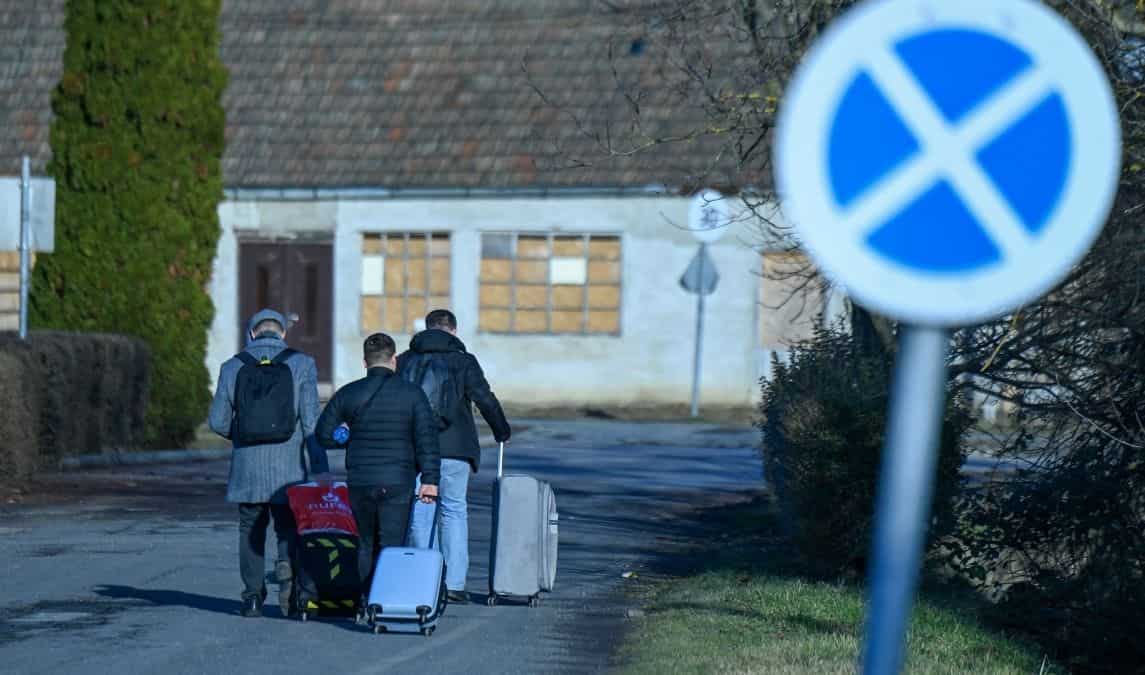 UN Refugee High Commissioner Filippo Grandi had voiced serious concern at the rapid deterioration of the situation as military operations unfolded across Ukraine and urged neighbouring countries to keep their borders open for those seeking safety and shelter.

"We are continuing to closely follow the situation and are reinforcing our operations in Ukraine and neighbouring countries," the agency said. 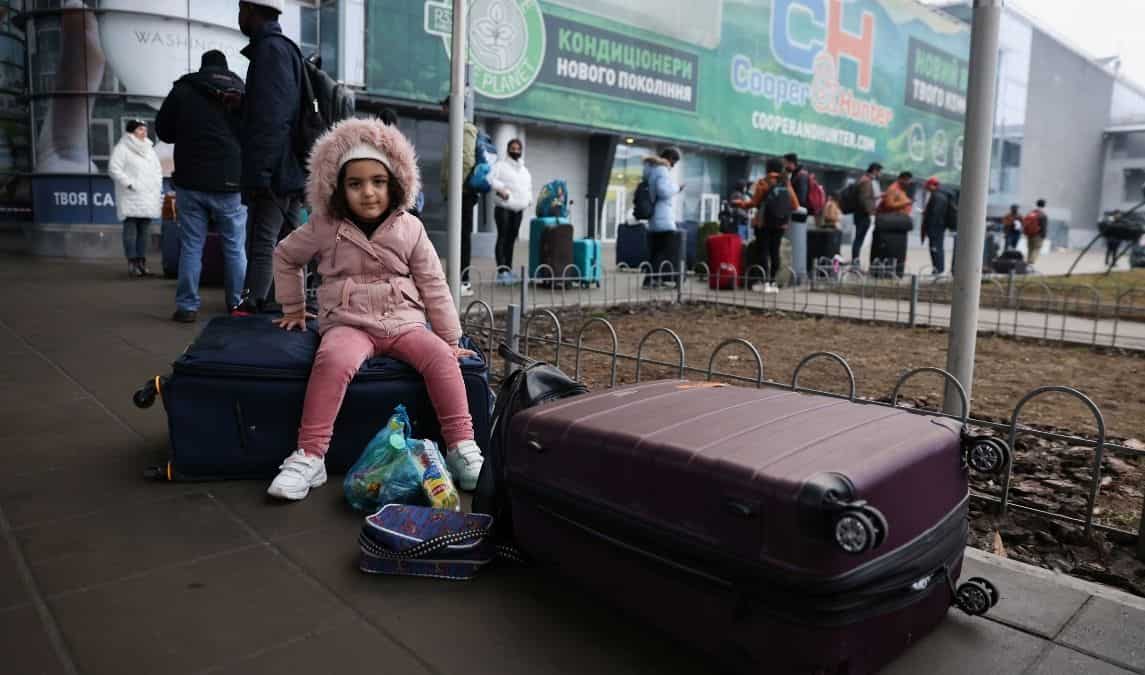 Russian President Vladimir Putin who earlier denied panning invasion for months, called Ukraine an artificial construct carved out from Russia by its enemies- a characterisation the Ukrainians see as an attempt to erase their country's more than 1,000-year-old history.

A democratic nation with 44 million population that voted for its independence after the disintegration of the Soviet Union, Ukraine is Europe’s biggest country in the area after Russia, which recently stepped up with aspirations to join NATO and European Union which infuriate Moscow. 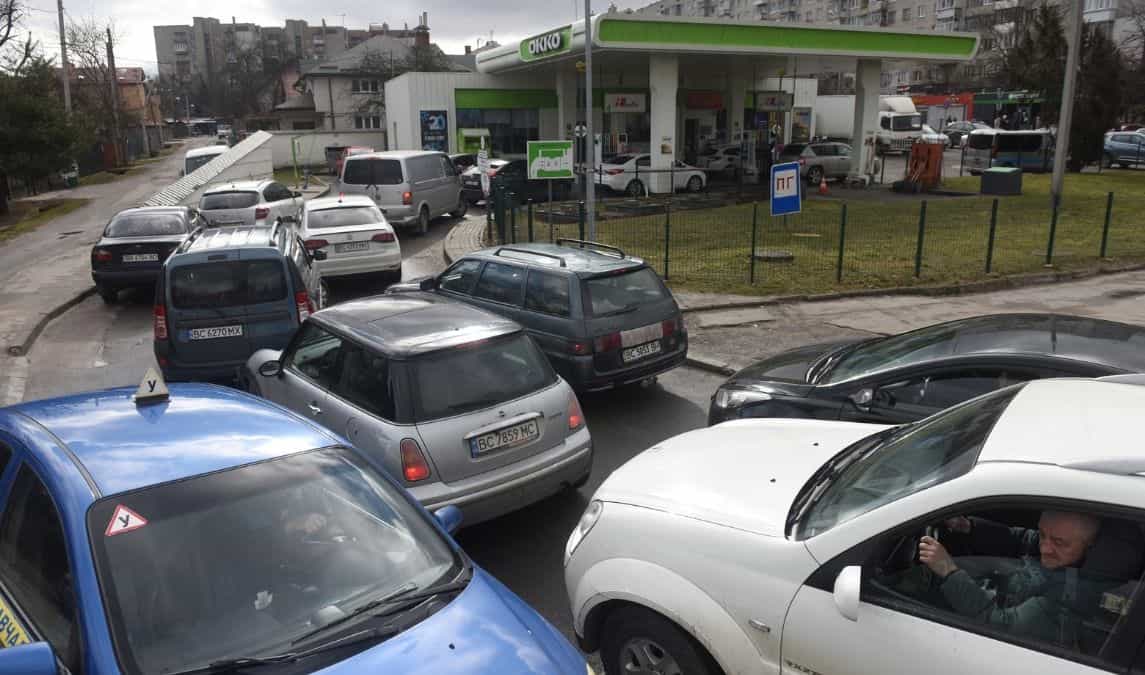 The queue of cars lining up to get into Hungary from Ukraine was long. Hundreds of others came on foot.

They were escaping empty cash machines, bare supermarket shelves and long waits at petrol stations on a day of fierce fighting in Ukraine after Russia's shock invasion.

"Anyone who can is fleeing," said Krisztian Szavla, one of the first refugees who arrived in Hungary Thursday from Ukraine's western region of Transcarpathia, where a large Hungarian minority lives.

"We don't want to go through what those over the mountains in the east are experiencing, waking up to sirens and the Russians bombing your city," the 28-year-old told AFP at a petrol station at Zahony, on the Hungarian side of the border. 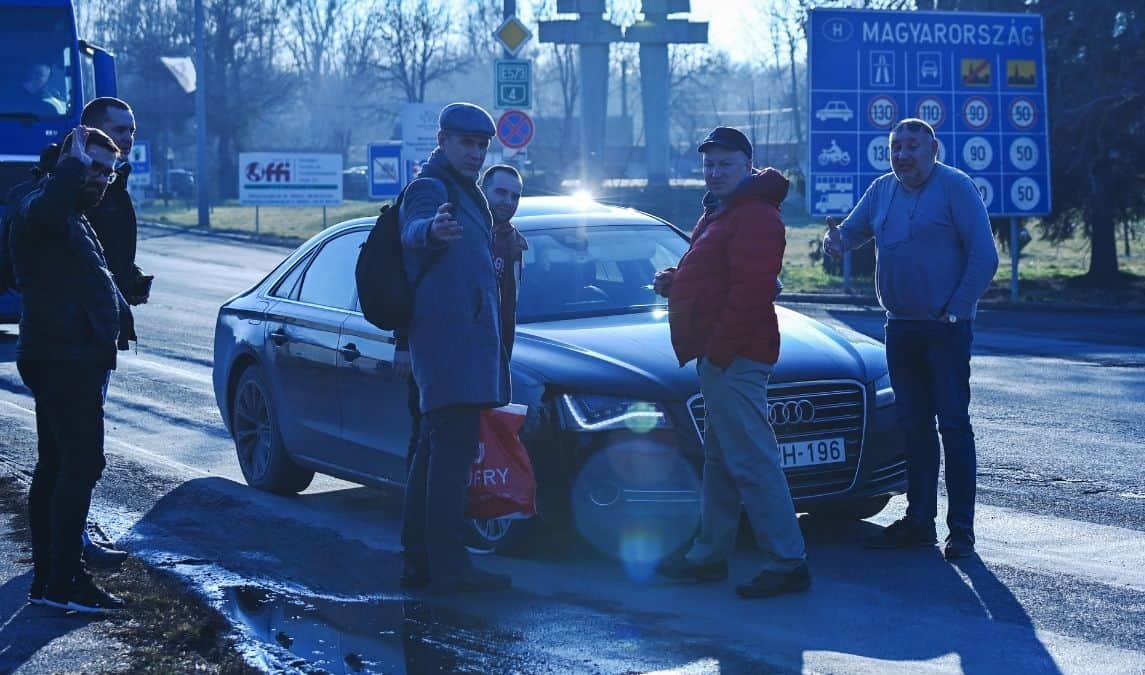 "The situation in Ukraine is horrible, my friends and family are leaving Kyiv and other cities for the border," said Bogdan Khmenitsky, a 33-year-old Ukrainian doctor, wheeling a suitcase in the other direction back to Ukraine.

"Today we decided to cut short a trip to a medical conference in Budapest, to help out in Ukraine," he told AFP alongside two colleagues, adding that they hope to hitchhike back to Kyiv.