More than three decades after he flew his helicopter above the radioactive volcano that was Chernobyl's nuclear reactor number four, the site of the world's worst nuclear accident, Mykola Volkozub recalls how he feared for his life.

Now 87, the Ukrainian military pilot returned to Chernobyl last month for the first time since the 1986 accident and recalled how he had made three separate flights over the reactor to measure the temperature and composition of gases inside. 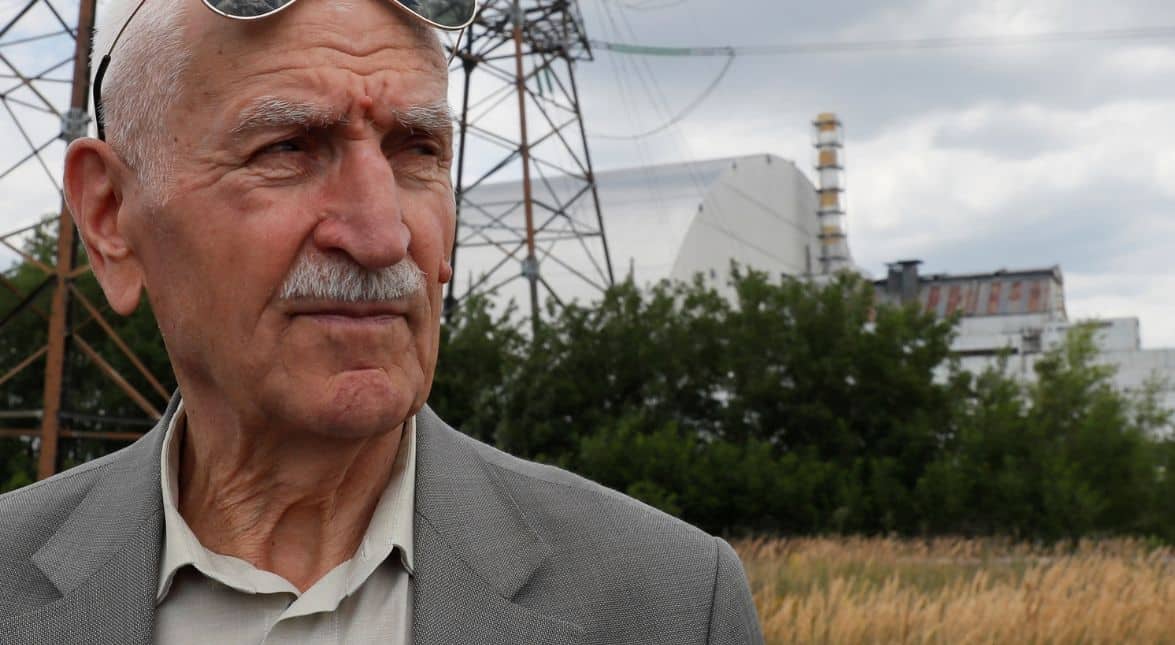 Mykola Volkozub, the pilot behind Chernobyl

Mykola Volkozub, who donned a heavy lead vest to protect himself from radiation, was awarded a "Hero of Ukraine" medal for his bravery.

After making three flights that lasted for 19 minutes, 40 seconds in total, he was nonetheless exposed to such a high dose of radiation that some dosimeters went haywire when he tried to measure his exposure.

"Some people may say they have no fear but nobody is not afraid. The only thing is that people perceive fear differently. One person is frozen by fear, another driven by it. I had to do it (fly over the reactor). I knew it was dangerous", he said. 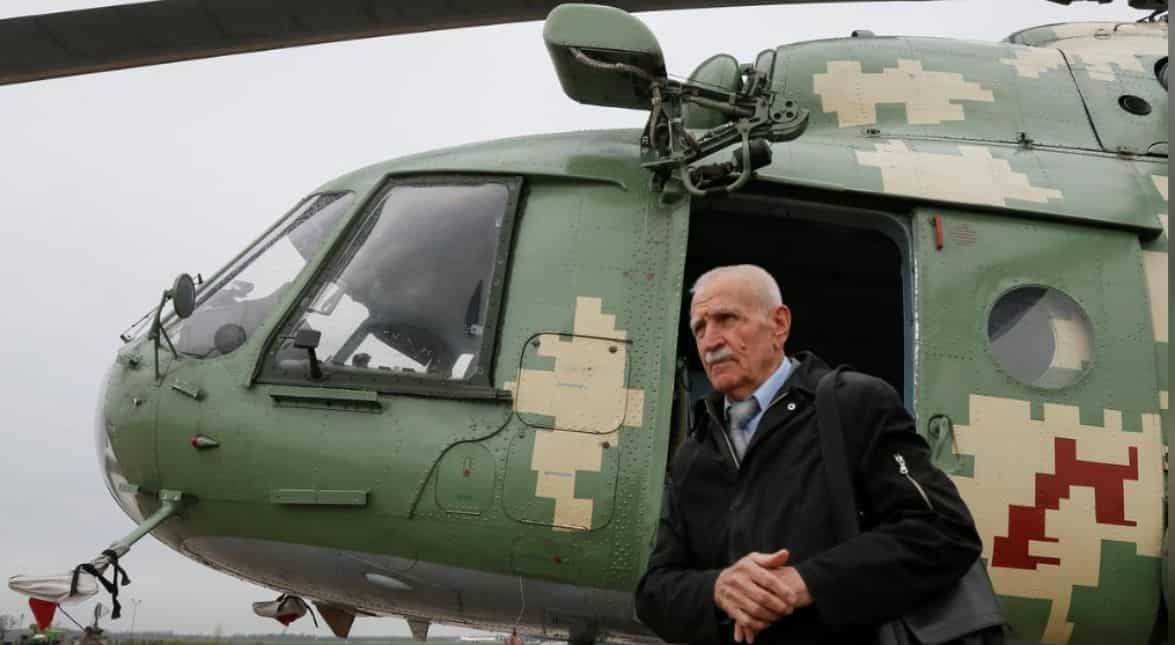 MI8, the helicopter that made it possible

The brand new MI-8 helicopter Volkozub made the flights in, which was fitted with special lead plates on the floor, was also exposed to radiation.

It was later abandoned at a cemetery for irradiated equipment, having made only three flights.

"I had been preparing," he said. "It was a very in-depth preparation process. I did all the calculations for the helicopter - its weight, etc. Interactions among crew members were also very well planned." 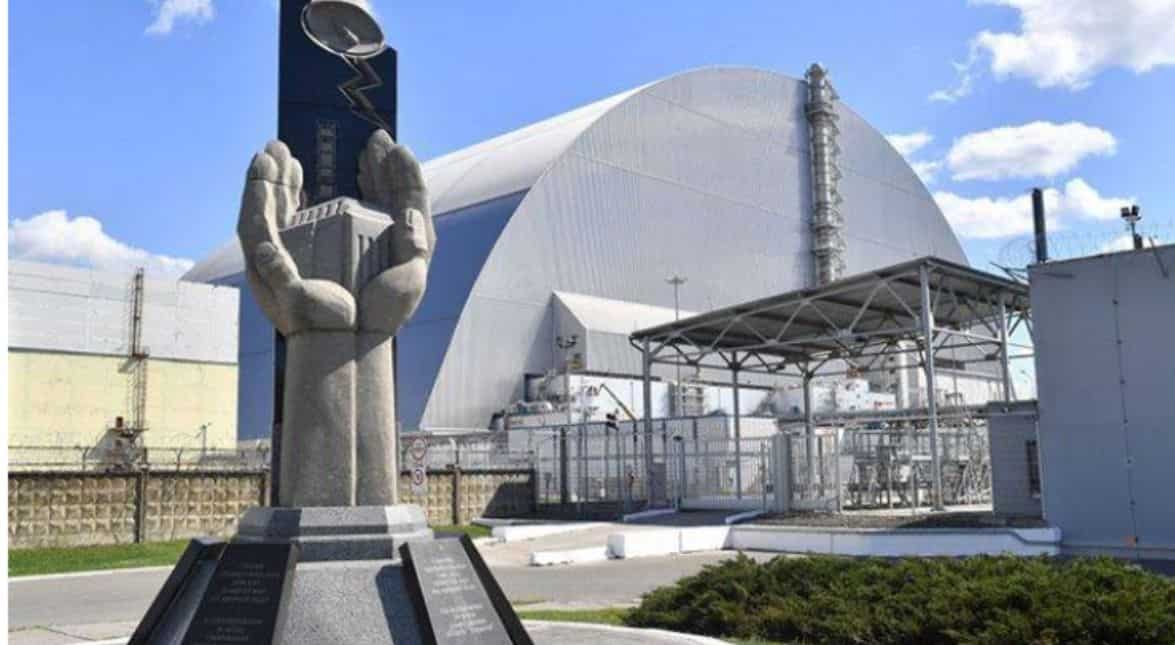 Eyeing up the reactor for the first time in 33 years, Volkozub said he couldn't recognize it.

"It has nothing in common with how it was in the past. It was devastated. It was totally devastated. There was a pipe (jutting into the sky) and some parts (of the reactor) were simply hanging,” he said.

Today the reactor is covered by a massive confinement shelter that was built to cover an ageing sarcophagus designed to stop radiation leaking out. 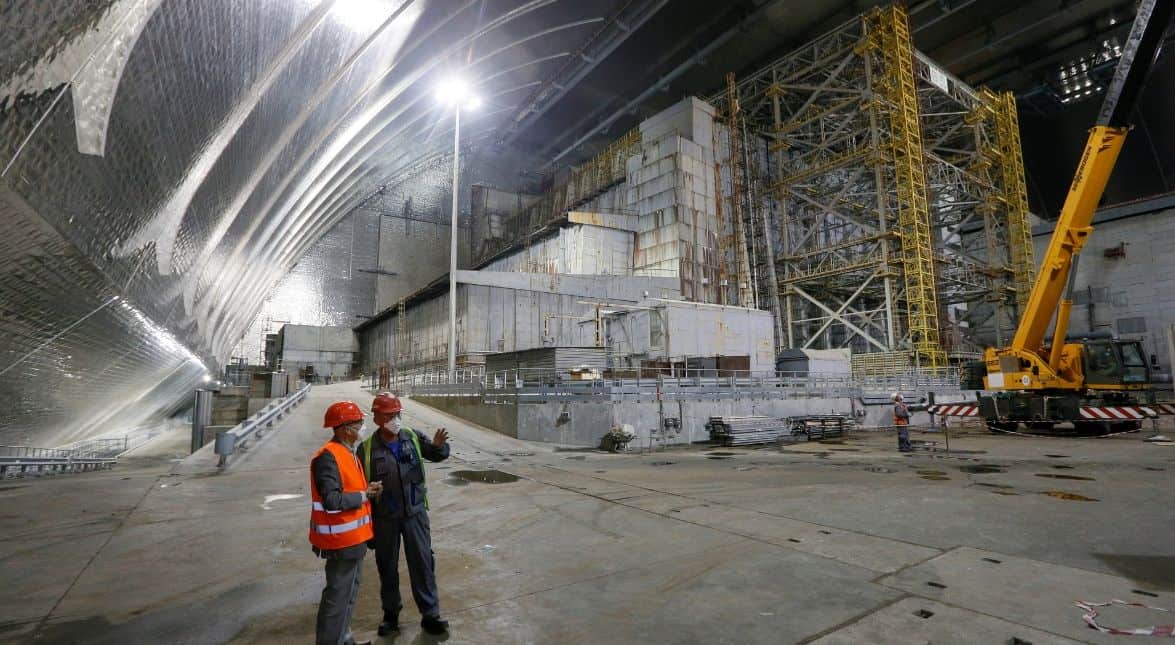 As he strolled through Pripyat, an abandoned town where the nuclear power plant's workers once lived, Volkozub recalled being present at the first session of an emergency commission.

"I heard how they discussed the question 'What shall we do? What shall we do?' (Nuclear scientist) Valeriy Alexeyevich Legasov said measures had to be urgently taken in order to cover the area to prevent the emission of radiation."

Legasov was later featured in this year's HBO mini-series "Chernobyl". 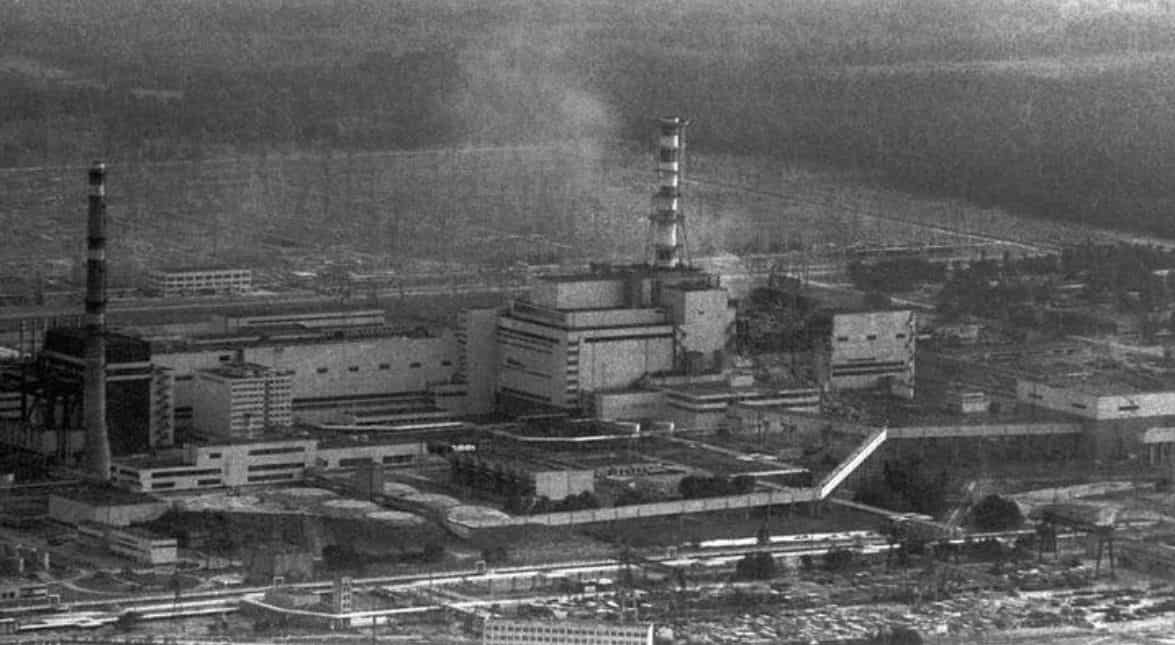 What was the Chernobyl disaster?

In the early hours of April 26, 1986, a botched test at the nuclear plant in then-Soviet Ukraine triggered a meltdown that spewed deadly clouds of atomic material into the atmosphere, forcing tens of thousands of people from their homes.

When a late-night safety test went awry and subsequent human error interfered with preventative measures, Chernobyl’s Reactor 4 became unmanageable. Water and steam merged together which lead to an explosion and a resulting open-air graphite fire. 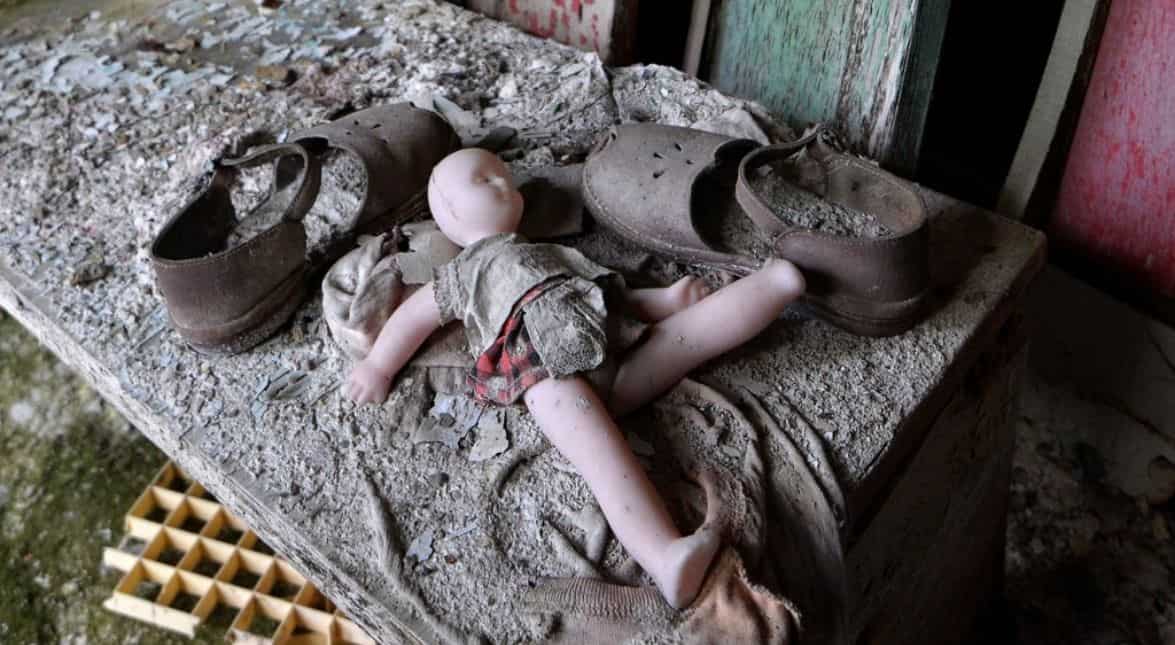 More than half a million civilian and military personnel were drafted in from across the former Soviet Union as so-called liquidators to clean-up and contain the nuclear fallout, according to the World Health Organization.

Thirty-one plant workers and firemen died in the immediate aftermath of the accident, most from acute radiation sickness.

Over the past three decades, thousands more have succumbed to radiation-related illnesses such as cancer, although the total death toll and long-term health effects remain a subject of intense debate. 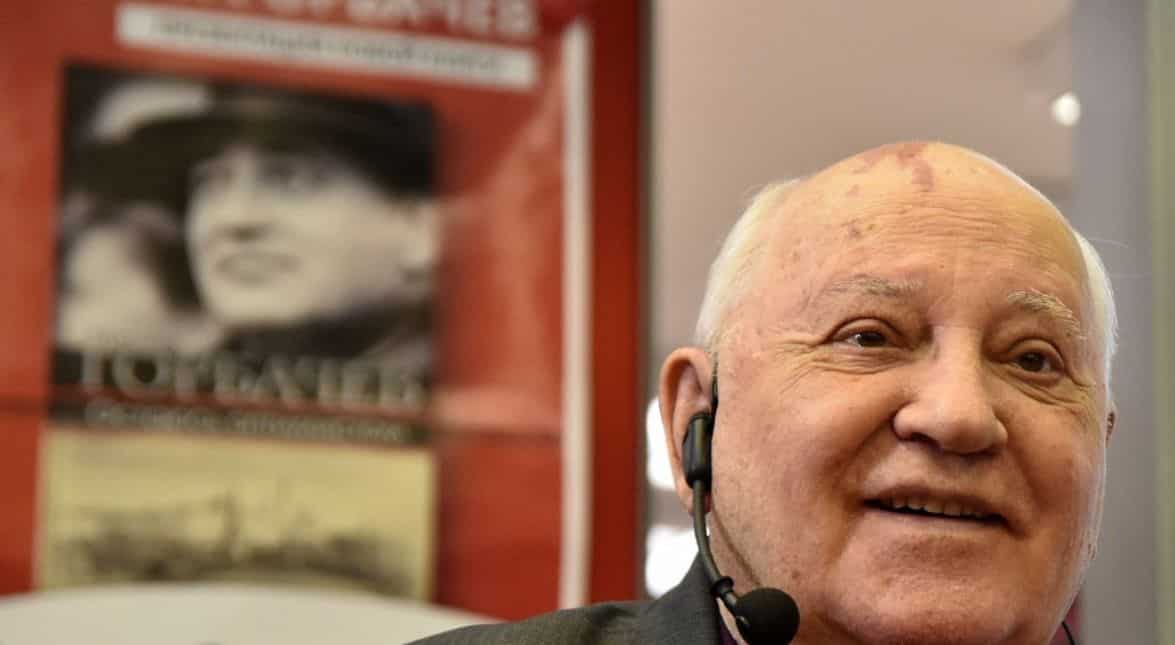 Former Soviet leader Mikhail Gorbachev has said he considers Chernobyl one of the main nails in the coffin of the Soviet Union, which eventually collapsed in 1991.

The disaster and the government’s reaction highlighted the flaws of the Soviet system with its unaccountable bureaucrats and entrenched culture of secrecy. For example, the evacuation order only came 36 hours after the accident.