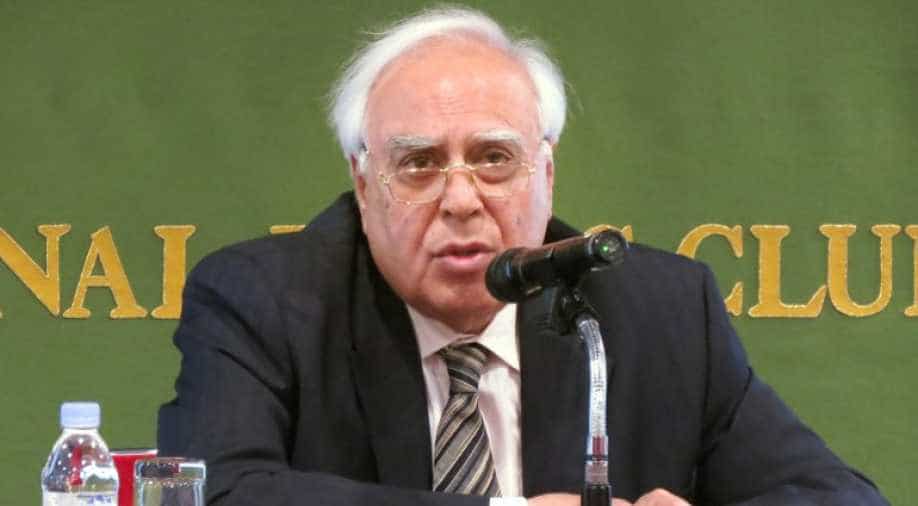 The top court while hearing the petitions challenging restrictions in Jammu and Kashmir stated that the right to access the internet is a fundamental right under Article 19 of the Constitution of India.

After the Supreme Court on Friday directed the Jammu and Kashmir administration to review the restrictive orders imposed in the Union Territory within a week, Congress leader Kapil Sibal on Friday questioned Home Minister Amit Shah, asking what was the 'emergency' behind imposing Section 144 on August 4, 2019, and said that it cannot be used to 'suppress' the freedom of speech.

Addressing a press conference at the Congress headquarters, Sibal said, "I want to ask the Home Minister (Amit Shah) that what was the emergency on August 4? You cannot use Section 144 to suppress freedom of speech. I want to tell the Home Minister, the government that if it will listen to the voice of people, it will always remain in governance."

The top court while hearing the petitions challenging restrictions in Jammu and Kashmir stated that the right to access the internet is a fundamental right under Article 19 of the Constitution of India.

"Today the Supreme Court has given a historic verdict in the matter of Jammu and Kashmir, the citizens of the country were worried that the people do not know about the situation in Kashmir. No one was able to get out of the house, there was no communication, that is why we had filed a petition and stated that Section 144 should be reviewed," said Sibal.

"The court has clearly stated that whatever order regarding the imposition of Section 144, the Jammu and Kashmir administration should put in the public domain so that people can challenge it if they want to. Moreover, the decision to suspend internet services cannot be made for an indefinite time," he added.

The top court said that Kashmir has seen a lot of violence and that it will try to maintain a balance between human rights and freedoms with the issue of security.
It also directed the Jammu and Kashmir administration to review the restrictive orders imposed in the region within a week. "The citizens should be provided highest security and liberty,' the apex court said.

The top court made observations and issued directions while pronouncing the verdict on a number of petitions challenging the restrictions and internet blockade imposed in Jammu and Kashmir after the abrogation of Article 370 in August last year.

The Supreme Court had on November 27 reserved the judgment on a batch of petitions challenging restrictions imposed on communication, media and telephone services in Jammu and Kashmir pursuant to revocation of Article 370.

Following this, phone lines and the internet were blocked in the region. The government had, however, contended that it has progressively eased restrictions.

Speaking about the delegation of 15 foreign envoys, who are on a two-day visit to Jammu and Kashmir, Sibal took a dig at Prime Minister Narendra Modi and raised a question about his 'attachment' with the foreigners.

"I want to ask the Prime Minister that why are you so attached to the foreign people and not the people of this country? Get open with the people of India too and get transparent. Let us also visit, why do you trust others and not us?" said Sibal.

A delegation of 15 foreign envoys, who are on a two-day visit to Jammu and Kashmir, met civil society representatives and community leaders in Jammu on Friday.
The delegation had arrived in Jammu and Kashmir on Thursday and met political leaders and senior Army officials in Srinagar.