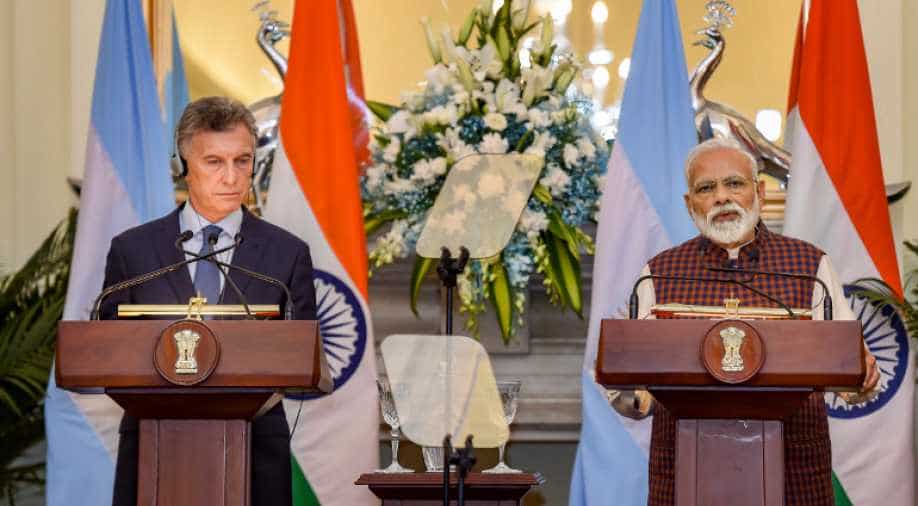 Referring to the defence cooperation agreement signed between the two nations, Modi said this will give new a dimension to bilateral ties.

Prime Minister Narendra Modi on Monday said the Pulwama terror attack has shown that time for talks is over and hesitation to take action against terrorism and those who support it is akin to encouraging the menace.

Without naming Pakistan, Modi, after holding delegation-level talks with Argentine President Mauricio Macri here, said the world should unite to take concrete action against terrorism and those who support it.

After the talks, the two sides signed ten agreements in diverse areas like defence, nuclear energy, tourism, information and communication technology, and agriculture.

"I and President Macri agree with the view that terrorism is a serious danger to the world's peace and stability. The cruel attack in Pulwama shows that the time for talks has passed.

Condoling the death of the CRPF personnel, Macri said India and Argentina must work together to fight the menace of terrorism.

Referring to the defence cooperation agreement signed between the two nations, Modi said this will give new a dimension to bilateral ties.

Modi said India and Argentina have been cooperating at different international fora.