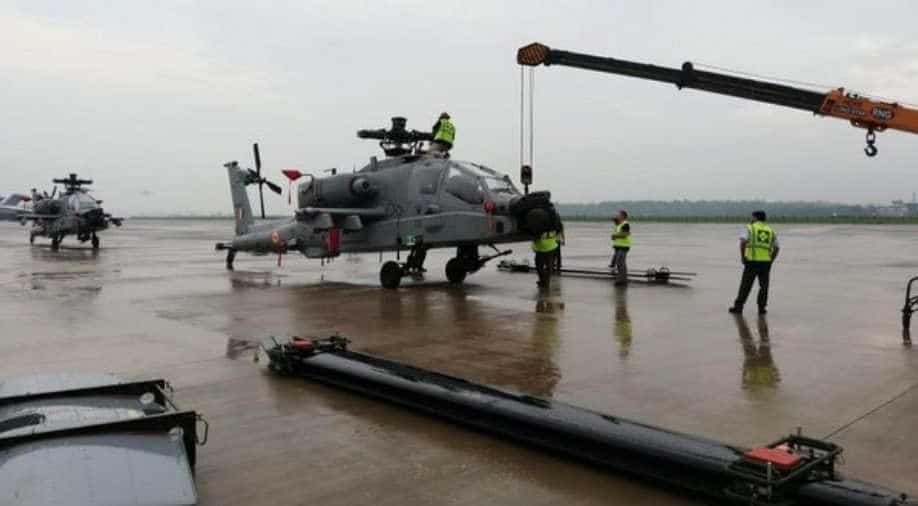 These are the first four of the 22 choppers ordered by India from the US.

These are the first four of the 22 choppers ordered by India from the US.

Four more Apaches will arrive in the coming week. Thereafter, eight will be moved to Pathankot Air Force Station for their formal induction in the IAF in September.

The AH-64E Apache is the world's most advanced multi-role combat helicopter and is also used by the US Army.

Boeing has so far delivered more than 2,200 Apaches to customers around the world since the aircraft entered production.

On July 8, Boeing had announced the arrival of two more CH-47F (I) Chinooks for the Indian Air Force (IAF) at Mundra port in Gujarat.