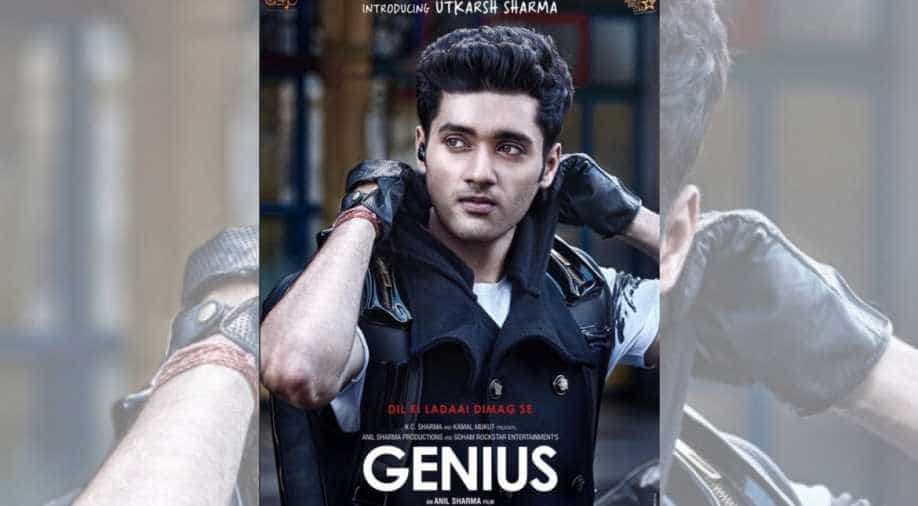 In the poster, Utkarsh can be seen getting ready for something as the poster announces that he is here to fight "Dil ki Ladaai Dimaag Se” meaning “The battle for love will be raged by the mind".

It is said that the movie is about an intelligent boy who is able to trick others with the use of his intelligence and wit.

Anil Sharma's Gadar starring Sunny Deol and Amisha Patel was a massive hit. It is reported that Utkarsh, although will be seen for the first time in a lead role in the upcoming movie -- has already worked in Gadar in a small role.