Jammu and Kashmir: 12 schoolchildren injured after explosion inside classroom 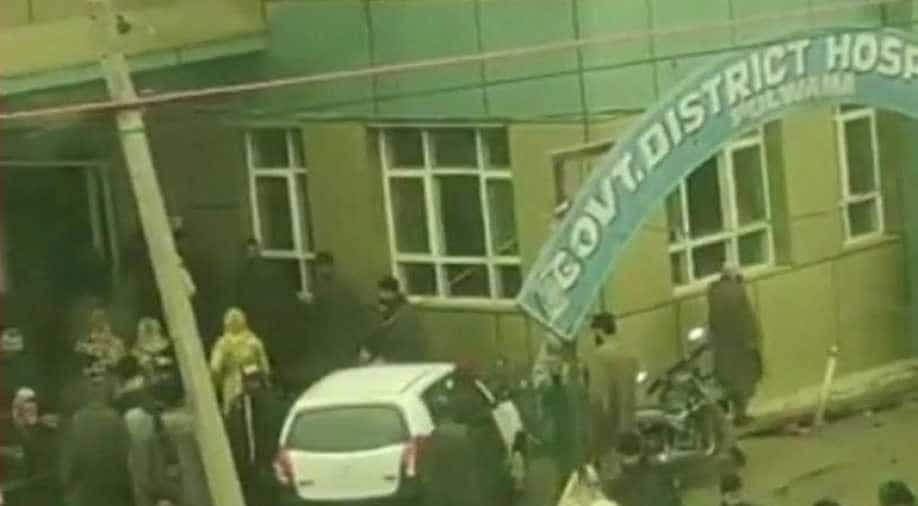 'I was teaching and then suddenly an explosion occurred..." Jawed Ahmed, a teacher at the school, said. The cause of the explosion is not yet known.

Twelve school students were injured in a blast inside the classroom of a private school Falai-e-Millat in the Narbal area of south Kashmir’s Pulwama district on Wednesday.

“Several students reported injured in the blast and the details with regard to it is being ascertained,” a police official said.

The injured students were rushed to a hospital for treatment. Some of them have been taken shifted to SMHS hospital in Srinagar for advanced treatment.

The explosion took place inside the classroom at 2:30 pm.

"I was teaching and then suddenly an explosion occurred. I can't say how many students are injured," Jawed Ahmed, a teacher at the school, said.

Visuals from the hospital where the students have been admitted. (ANI photo)

The cause of the blast is not yet known.

The police meanwhile have reached the spot and a probe is underway.

A case has been registered and an investigation is underway.