David Bowie painting from donation bin up for auction 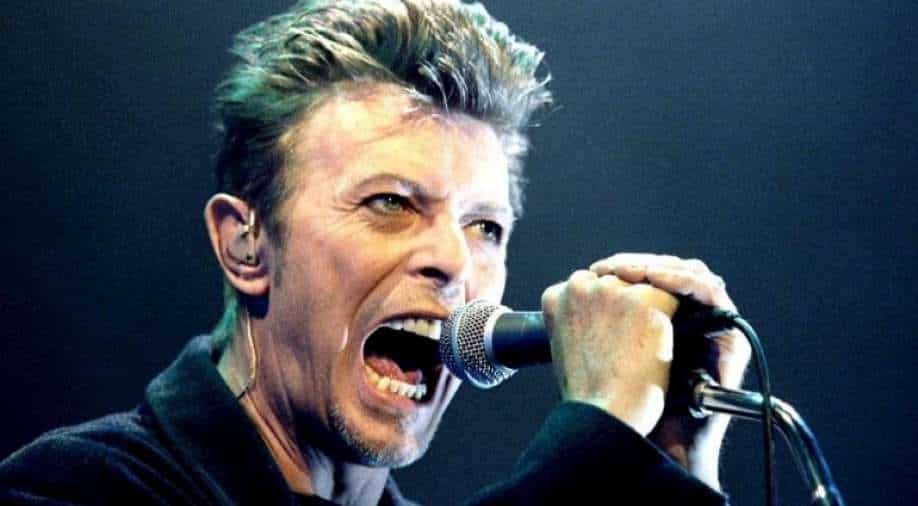 Two days after the release of his 25th studio album, 'Blackstar,' on his 69th birthday, Bowie died of cancer

A painting by British pop icon David Bowie recently discovered at a Canadian store that resells donated goods had frantic bidders lining up Tuesday for a chance to own it.

The computer and acrylic collage on canvas is part of the so-called D Head series of portraits of the Ziggy Stardust rocker himself, his friends and others that he painted between 1995 and 1997.

It is signed on the back with his initials.

The online auction closes on June 24.

"We were very excited to discover that the artwork was original and authentic," auctioneer Rob Cowley told AFP. "We are fans of David Bowie's work and it is very exciting to bring an artwork by him to the market."

The 24 by 20 centimeter painting of a pale figure dressed in teal clothes, with teal and red hair on a crimson background, was originally sold through a website around 2001.

It somehow found itself two decades later at a donations store in South River, Ontario -- 300 kilometers north of Toronto. There, an anonymous buyer paid Can$5 for it.

Bowie attended art school and was an avid collector. His estate fetched tens of millions of dollars after his death in January 2016 for some 350 works from his collection -- including by Basquiat, Henry Moore and Damien Hirst.

But his own artworks, according to Cowley, rarely go on sale.

Many of these became era-defining hits around the world while successively defining what it meant to be a music legend.

Two days after the release of his 25th studio album, "Blackstar," on his 69th birthday, Bowie died of cancer.