'Gadar' completes 20 years: The film bulldozed all the obstacles that came its way, says director 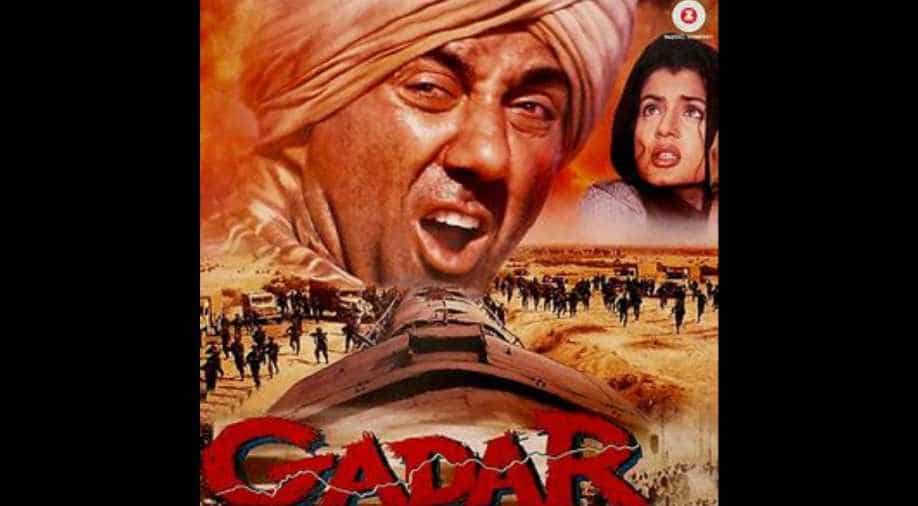 Anil Sharma says his Partition-set drama 'Gadar: Ek Prem Katha', which completes 20 years on Tuesday, owes its origins to a subplot of a film on exodus of Kashmiri Pandits.

Filmmaker Anil Sharma says his Partition-set drama 'Gadar: Ek Prem Katha', which completes 20 years on Tuesday, owes its origins to a subplot of a film on exodus of Kashmiri Pandits, which never got made. Starring Sunny Deol as Tara Singh, a Sikh who falls in love with a Pakistani Muslim girl, Sakina (Ameesha Patel), the film released on June 15, 2001 to a thunderous response.

What worked for the film were its crowd-pleasing dialogues, a chartbuster soundtrack by Uttam Singh and the movie's emotional hook- how Tara and Sakina's love story blooms against the unfortunate Hindu-Muslim riots during the Partition era. Sharma said the way 'Gadar' bulldozed all the obstacles that came its way -- from its emotionally-charged shoot to the historic box office face-off with Aamir Khan's 'Lagaan' -- felt unreal.

"Everyone makes films, but a movie like 'Gadar' can only be made with God's blessings and audience's love. The film stands tall even today and has a strong recall value. I count my blessings even today," Sharma said.

Sharma, who co-wrote the story with his frequent collaborator, writer Shaktiman Talwar, wanted to make a period film, something related to India-Pakistan Partition after a string of successful action films with veteran actor Dharmendra in 'Hukumat' (1987), 'Elaan-E-Jung' (1989) and 1991's 'Farishtay'.

Around 1997-98, the director was gearing up to make a multi-starrer film on the exodus of Kashmiri Pandits in early 1990s and had even worked with Talwar for close to 10 months on its script. The director had spoken to several top stars from the industry to feature in the film, all equally excited to start the shoot, when the director encountered a slight obstacle.

"In the film's second half, I needed a subplot about a Kashmiri boy from our side and a girl from the other side. It was a love story. Then Shaktiman ji narrated me a real story he had heard and it blew me away. I told him, 'let's pause the current film and flesh this idea out'. I felt it had to be made, without any delay."

The story which Talwar had narrated Sharma was that of a Sikh ex-soldier of the British Army, Boota Singh and his tragic cross-border love story. The filmmaker wanted a happy ending. "I wanted to treat it like Ramayana, how Ram goes to Lanka go get Sita back. Here, the son asks his father to get his mother back. It was an extremely strong emotional point, which is why the film worked. I knew it would become India's 'Titanic'," he said.

Sharma worked on the plotline of 'Gadar' with Talwar and as soon as they cracked the major emotional beats of the film, he met Deol who was shooting for a film in Ooty to narrate him the script. "Tara could only be played by Sunny. I needed someone extremely powerful, extremely innocent. There's no one in the industry apart from him to do this. I had him in mind while conceptualizing the film. I knew Sunny would be iconic in the film," he said.

'Gadar' was shot across Punjab, Rajasthan, Shimla and Uttar Pradesh. Sharma said there are so many memories from the film, that a separate movie on its making could be made. He has also toyed with the idea of penning a book, on how the team shot the lavish train sequences and enormous crowd sequences. Though the film continues to rank as one of the biggest hits of Indian cinema, there has been criticism over its jingoistic narrative and its portrayal of Pakistani Muslims as conservative and intolerant.

Sharma dismissed the criticism and said the film was sincere in its effort to chronicle the pain of the Partition on both sides. "There are some who will always find some criticism with anything. We didn't show them in a bad light. We showed their pain, our pain. The way things are, we showed exactly that," he said.

'Gadar' released on the same day as 'Lagaan', making it one of the biggest box office battles of the time. But Sharma recalled not being tensed. In fact, one of his fondest memories, dates back to watching the 3-6PM show of 'Gadar' at Mumbai's Maratha Mandir. "It was a packed house, some thousand people, standing on top of the seat and clapping. The entire hall was reverberating. It was maddening. That was the craze for 'Gaddar,'' he said.