US adds Pakistan, Turkey to list of countries implicated in use of child soldiers 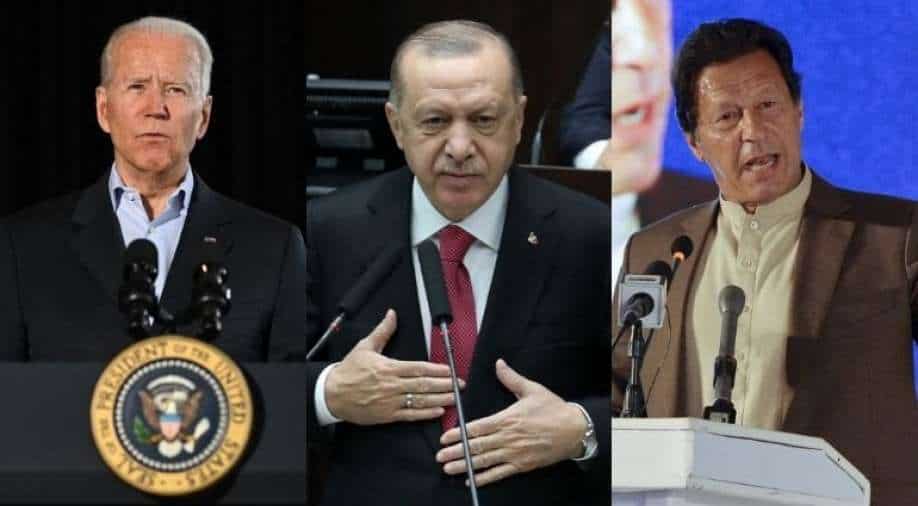 The United States has added Turkey and Pakistan to a list of countries that are implicated in the use of child soldiers over the past year.

It is the first time a NATO ally for the first time in such the Child Soldiers Prevention Act (CSPA) list, in a move that is likely to further complicate the already fraught ties between Ankara and Washington. The designation could lead to strict sanctions on military assistance and listed countries’ participation in peacekeeping programmes.

The US State Department determined in its 2021 Trafficking in Persons (TIP) that Turkey was providing "tangible support" to the Sultan Murad division in Syria, a faction of Syrian opposition that Ankara has long, supported and a group that Washington said recruited and used child soldiers.

Meanwhile, Afghans continued to both voluntarily return and be deported from Iran and Pakistan, and traffickers abroad reportedly forced some Afghans into labor prior to their return or deportation.

In a briefing call with reporters, a senior State Department official also made a reference to the use of child soldiers in Libya, saying Washington was hoping to work with Ankara on the issue to address it.

"With respect to Turkey in particular...this is the first time a NATO member has been listed in the child soldier prevention act list," the State Department official said. "As a respected regional leader and member of NATO, Turkey has the opportunity to address this issue -- the recruitment and use of child soldiers in Syria and Libya," she said.

Turkey has carried out three cross-border operations in Syria against the so-called Islamic State, as well as US-backed Kurdish militia and has frequently used factions of armed Syrian fighters on top of its own forces.

Some of these groups have been accused by human rights groups and the United Nations of indiscriminately attacking civilians and carrying out kidnappings and lootings. The United Nations had asked Ankara to rein in these Syrian rebels while Turkey rejected the allegations, calling them 'baseless'.

Turkey, through proxies and its own armed forces, has also been involved in the Libyan conflict. Ankara's support has helped the Tripoli-based government reverse a 14-month assault from eastern forces backed by Egypt and Russia.

Governments placed on this list are subject to restrictions, according to the State Department report, on certain security assistance and commercial licensing of military equipment, absent a presidential waiver.

It was not immediately clear whether any restrictions would automatically apply to Turkey and the move raised questions whether it could derail Ankara's ongoing negotiations with Washington on Turkey's bid to run Afghanistan's Kabul airport once US completes its pullout of its troops.

State Department spokesman Ned Price said the two things won't likely be linked. "When it comes to trafficking in persons, I would not want to link the report today with the constructive discussions we're engaging in with Turkey, in the context of Afghanistan or any other area of shared interest," he said in a briefing.

Turkey has offered to guard and run Hamid Karzai airport after NATO's withdrawal and has been holding talks with the United States on logistic and financial support for the mission.

The mission could be a potential area of cooperation between Ankara and its allies amid strained ties, as the security of the airport is crucial for the operation of diplomatic missions out of Afghanistan after the withdrawal.

To carry out this task, Ankara has sought various financial and operational support, and President Joe Biden, in a meeting last month with Turkish President Tayyip Erdogan had said that US support would be forthcoming, Biden's national security advisor Jake Sullivan had said.

Price described Turkey as a "very constructive and very helpful partner" when it comes to Afghanistan and added that Washington could have more to say on the implications.

"As you know there is a potential for waivers that would come down from the president but that will happen, if it does, in the coming months," he said.