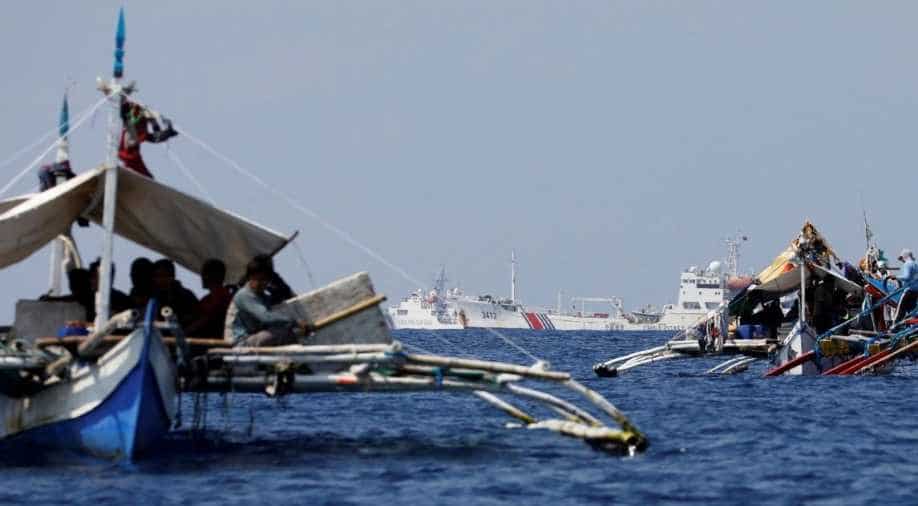 The Philippine government has protested China's increasingly aggressive actions in the contested sea despite a dramatic improvement in relations under President Rodrigo Duterte, who has nurtured friendly ties with Beijing.

The Philippines has lodged a diplomatic protest over what it said was China's ''illegal'' confiscation of fish aggregating devices from Filipino fisherman in a disputed lagoon held by Beijing in the South China Sea.

The Department of Foreign Affairs in Manila said in a statement Thursday night that the Philippines also ''resolutely objected" to China continuing to issue radio challenges to Philippine aircraft patrolling over the disputed waters.

The Philippine government has protested China's increasingly aggressive actions in the contested sea despite a dramatic improvement in relations under President Rodrigo Duterte, who has nurtured friendly ties with Beijing while often criticizing the United States, which has raised alarm over his deadly anti-drugs crackdown.

The Philippine foreign affairs department did not immediately provide other details on what it said was the Chinese coast guard's illegal confiscation of the fishing equipment.

The devices, locally called ''payaos,'' were seized in May after they had been set up by Filipino fishermen in the disputed Scarborough Shoal off the northwestern Philippine province of Zambales.

China seized the shoal after a tense sea standoff in 2012, and the Philippines brought its disputes to international arbitration the following year.

The tribunal in 2016 invalidated China's claims to virtually the entire South China Sea, but Beijing continues to ignore and defy the decision.

US Secretary of State Mike Pompeo has accused China of taking advantage of the intense preoccupation of governments over the pandemic to advance its territorial claims.

Last month, the US government rejected nearly all of Beijing's South China Sea claims and in effect sided with the Philippines, Vietnam, Malaysia, Indonesia and Brunei in each of their territorial spats with Beijing.

China responded by saying the US was trying to sow discord and was meddling in an Asian dispute to flex its muscle and incite a confrontation.