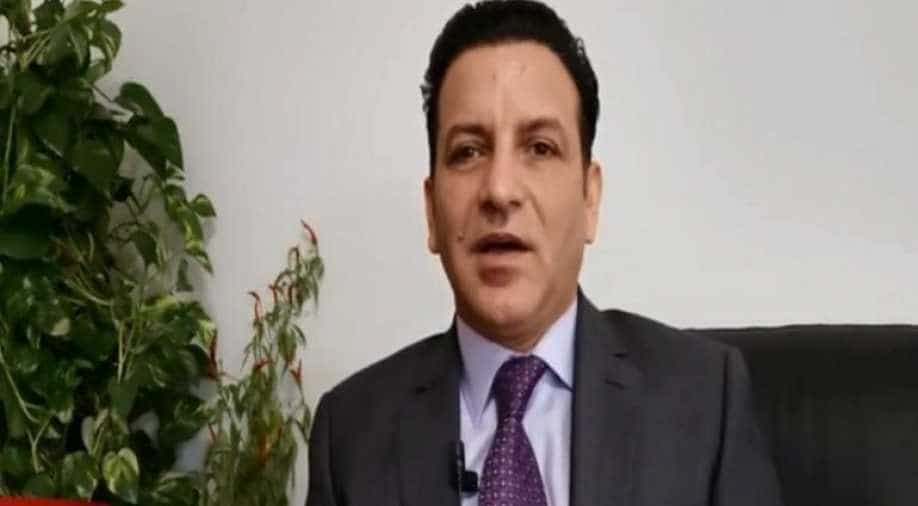 An activist from Pakistan-occupied Kashmir (PoK) hit out at Pakistan for its aim to alter the status of PoK and Gilgit Baltistan.

An activist from Pakistan-occupied Kashmir (PoK) hit out at Pakistan for its aim to alter the status of PoK and Gilgit Baltistan, saying Prime Minister Imran Khan-led government has been trying to "illegally merge" the region with the Punjab province.

The order was issued just a couple of days after PoK Prime Minister Farooq Haider Khan said in Muzaffarabad that he could be the last Prime Minister of PoK dropping enough hints that Pakistan could alter the status of PoK.

Nasir Aziz said, "Prime Minister of PoK Raja Farooq Haider has said that the Pakistani administration has given him a clear message that he is the last Prime Minister of PoK and after this, there will be no Prime Minister here that clearly indicates that Pakistan is trying to illegally merge PoK with the Punjab province and some parts of Khyber Pakhtunkhwa. Pakistan has a similar intention for Gilgit- Baltistan also".

Since its illegal occupation, Pakistan has played politics over PoK by calling it 'Azad' or 'free'.

The recent order has exposed the real face of Pakistan and its hidden agenda over Kashmir.

Nasir Aziz Khan added, "Pakistan has illegally occupied these regions which are known as PoK and Gilgit- Baltistan. As per United Nations convention, Pakistan had to withdraw from these regions but Pakistan did not comply with the United Nations Council's resolutions on Jammu & Kashmir. They kept on persecuting the regions and sowed the seeds of communalism in the region. They established dummy set up in the region, where there is a Prime Minister, President, there is a legislative assembly but we can't make any legislation and they (Pakistani administrators) rule them directly or indirectly".

Although Pakistan never had a legal claim over the illegally occupied territories of Gilgit-Baltistan and PoK, the unscrupulous administrators from Islamabad have violated human rights by persecuting the locals through draconian laws.

"The Administrators in Pakistan who persecute the general public, they make fake claims on TV channels that they liberated these regions and they announce that we should merge the illegally occupied (PoK) region with Punjab province and other parts of Khyber Pakhtunkhwa (KPK) and they are also mooting over the merger of Gilgit-Baltistan. So they want to merge both the areas with Pakistan. Pakistan never had any locus standi on regions of Jammu and Kashmir", said Nasir.

He added, "They did not have any legal claim on it. Pakistan is the illegal occupier and aggressor as per UN resolutions, but the Kashmiri people who were blackmailed on the name of religion played puppets of Pakistan administration. Over one lakh people sacrificed their lives in their wrong influence. They abducted small children and a lot of children were orphaned. Hence, a criminal case could be filed against (Pakistan) under the International criminal court".

Pakistan leadership might try to merge PoK with Khyber Pakhtunkhwa, which shared a border with PoK as well as Gilgit-Baltistan or make it a fifth province along with Balochistan, Punjab, Sindh and Khyber Pakhtunkhwa (which was till 2010 known as North Western Frontier Province).

Since its occupation, Pakistan has misused the territories of PoK and Gilgit Baltistan by not only exploiting its land and resources but allowing China to foray in.

The people of PoK and Gilgit Baltistan have been fighting against the forceful occupation of their territory.