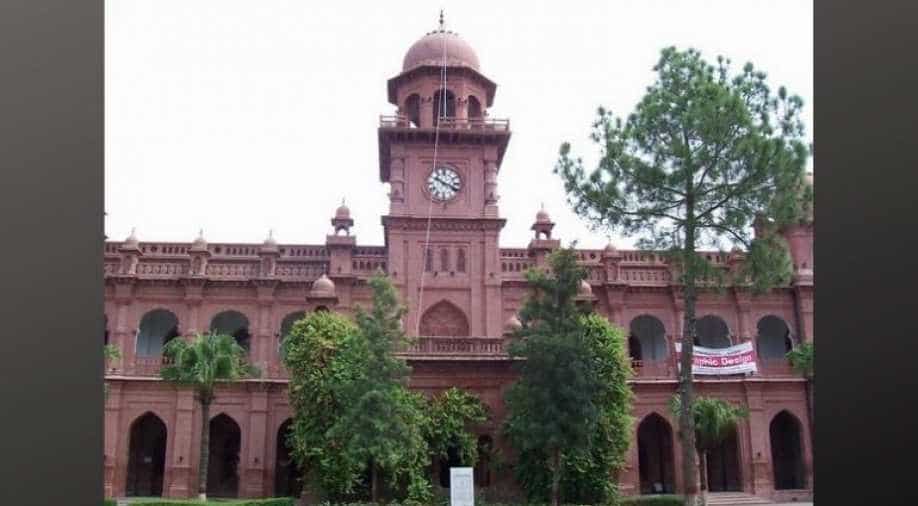 Members of Pakhtun Council at Punjab University (PU) in Pakistan on Sunday staged a protest after Alamgir Wazir, former chairman of the council, allegedly went missing from the university.

According to Wazir's cousin Riaz Khan, he was abducted by unidentified persons from the university on Saturday evening, reported The Dawn.

Demanding his release, the members of the Pakhtun Council staged a sit-in protest against the university administration outside the vice chancellor's residence at the university till early Sunday morning. Moreover, they vowed to continue their protest until Wazir was released.

Calling for Wazir's release, Member of National Assembly (MNA) Mohsin Dawar, in a tweet, said: "Alamgir Khan Wazir, who is MNA Ali Wazir's nephew, had been picked up by "na malooms" from PU. This is extremely condemnable & sharamnak we demand the immediate release of Alamgir and the perpetrators must be charged for this unlawful act."

Wazir allegedly went missing after he attended the Student Solidarity March held across Pakistan on Friday, demanding the restoration of student unions and better education facilities.

Ajmal Khan, Superintendent of Police (SP) of Iqbal Town, said that the police had received a complaint on Khan's behalf and were looking into the matter.

While addressing the participants of the march gathered in front of the Punjab Assembly, Wazir said: "Had the youth of Waziristan not been killed/kidnapped, there would have been hundreds of Pashtun students taking part in the march."

During his address, he came down heavily against the military establishment for alleged atrocities in Waziristan and accused the military of stealing natural resources from Balochistan and Khyber Pakhtunkhwa.

While Pukhtun Council activists claimed to have seen Wazir outside the Hall Council on the new campus on Saturday, Punjab University Registrar Khalid Khan said: "Wazir was a former student of the university. However, couldn't confirm if Wazir was staying on the university campus."