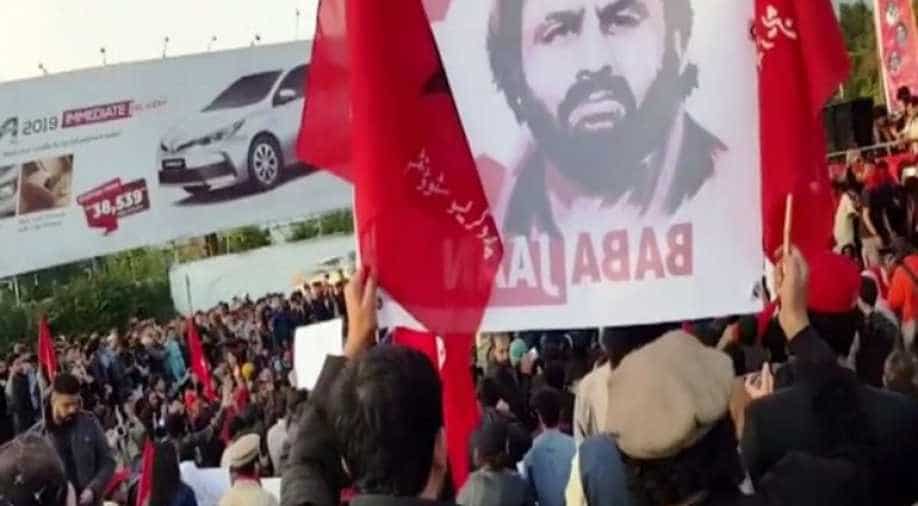 Students from Gilgit Baltistan and Pakistan occupied Kashmir (PoK) joined a students' protest in Lahore to demand the immediate release of political activists, including Baba Jan and his accomplices, who have been imprisoned for the past nine years.

Baba Jan is serving a ninety-year sentence which is based on trumped-up charges. He is an activist who challenged the then Pakistani administration which was essentially working against the people of Gilgit Baltistan.

A student leader from Gilgit Baltistan said, "Baba Jan and his nine accomplices have been incarcerated in the jail for the past nine years. They did absolutely nothing. All that he (Baba Jan) did was to hold a demonstration against the government. He has been sentenced for ninety years without any trial. Does any country under the sun have this provision of sentencing someone for ninety years? We don't know till now under which section he has been punished".

The Pakistan establishment has used the draconian schedule IV of Anti-Terrorism Act in Gilgit Baltistan to muzzle the reasonable voices that resist its repression.

It has framed dozens under the law not only to give itself a free rein to rule the region but also to send a threatening message to all sections of the society.
"We are a completely different territory. We deserve to have our own rights. However, we do not have even the right to life, " said another student leader.

Puppet governments in Gilgit and Muzaffarabad, which largely operate at the command of the feudal elite of Islamabad and Rawalpindi, have committed systematic human rights violations to suppress the people of the region and keep them marginalised.

Pakistan makes huge claims at international platforms about working for the welfare of Kashmiri people but the ground reality reeks of a rapidly deteriorating human rights situation in the region.