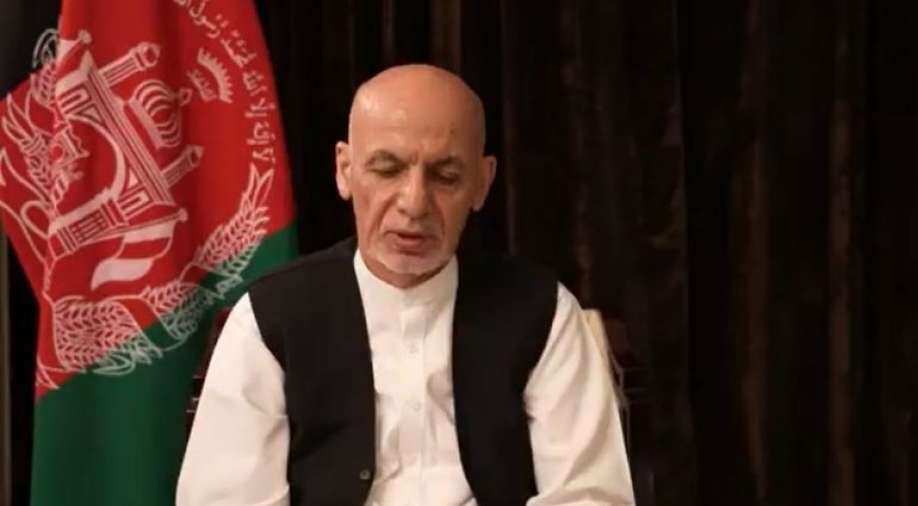 This is the latest:

My respected people, my brothers and sisters, the hope that has been lost will be back with you soon. And in Afghanistan, there will be peace and stability. The country will go on in the direction of improvement. My focus and my promise to my people is a peaceful life. The bloodshed must end so that Afghanistan can move towards peace, stability and development. This is my priority aim.

The Taliban, I was told, were in Kabul.Despite the fact that we had agreed that the Taliban would not enter Kabul, they did it nonetheless.I didn't want to be hanged since I am the honour of Afghanistan as president.Death does not frighten me.

"I wanted to transfer power to the Taliban peacefully. But I was evicted from Afghanistan against my will.The allegation that I took money from Afghanistan is baseless. You can verify this with UAE Customs. I did not have time to change my shoes. My security asked me to leave as it was imminent to me as head of state, "said Ghani.

Former Afghan president Ashraf Ghani released a video message on Wednesday from the United Arab Emirates, which earlier confirmed it was hosting him "on humanitarian grounds".

Before commencing his video message, Ghani stated he would discuss "recent happenings" in Afghanistan on his Facebook page. On the weekend, he had left the nation.

There will be no Afghan Independence Day celebrations at the Afghan Embassy in Delhi due to the ongoing situation in the country. 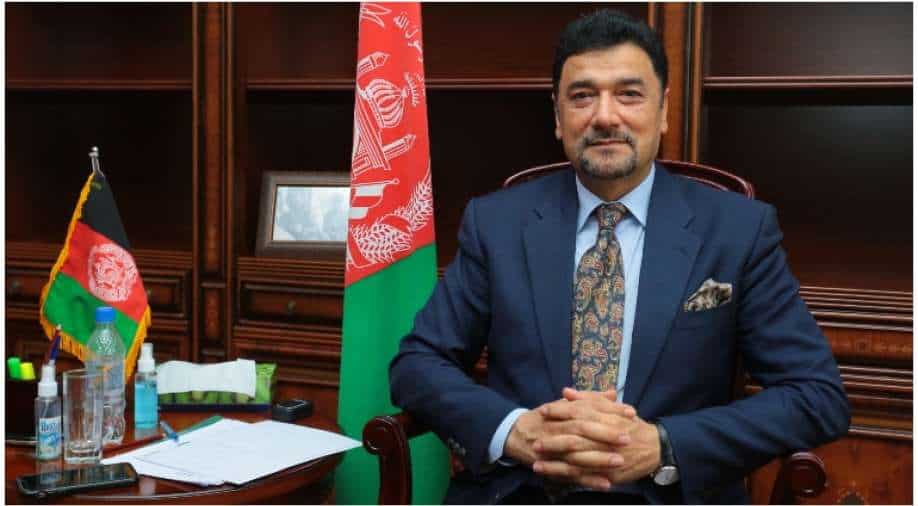 The Afghan ambassador to Tajikistan on Wednesday rejected Taliban rule of his country and said hold-out Panjshir province, north of Kabul, would serve as a stronghold for resistance led by self-proclaimed acting president Amrullah Saleh.

Afghan First Vice-President Saleh said on Tuesday he was the "legitimate caretaker president" of Afghanistan after President Ashraf Ghani fled the country as Taliban insurgents took the capital Kabul. Saleh's whereabouts were unknown.

Panjshir was the home of the Northern Alliance anti-Taliban resistance in the 1990s and is still a hold-out province against Taliban rule.

Anti-Taliban protests in the eastern city of Jalalabad over the removal of the Afghan flag have now spread elsewhere in Afghanistan.

There were reports of hundreds of protesters taking to the streets over the same issue in Khost province.

Taliban commanders and soldiers were firing into the air on Wednesday to disperse crowds at Kabul airport, a Taliban official said.

“We have no intention to injure anyone,” he told Reuters.

Massive chaos continued outside the airport, the official said, adding that the Western forces’ “chaotic evacuation plan” from Afghanistan was to blame.

The great majority of people attempting to leave Afghanistan are women and children, according to the UN refugee agency:

80% of those fleeing fighting in Afghanistan are women and children pic.twitter.com/kOJZgIQkIL

At least three people are reported killed in Jalalabad during the city’s protests against the Taliban banner replacing Afghanistan’s national flag.

Taliban spokesperson Zabiullah Mujahid was in touch with journalists around the world for more than a decade.

But nobody had seen his face. It was also rumoured that Mujahid were several people rather than just one.

On Tuesday, he faced the cameras.https://t.co/5HqzScknoh 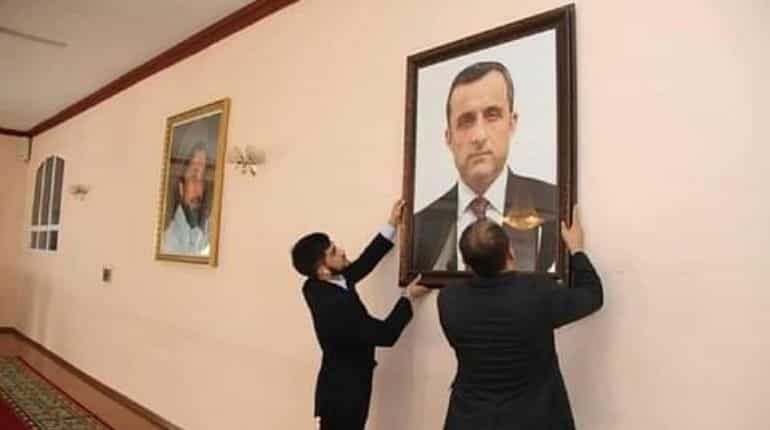 A participant tells me the Taliban shot at them but no exact info on casualties. Taliban have not said anything as well.
—
Taliban have returned to a changed #Afghanistan. pic.twitter.com/iZQ7B7KKJc

"We will judge this regime based on the choices it makes and by its actions rather than by its words, on its attitudes to terrorism, to crime and narcotics, as well as humanitarian access and the rights of girls to receive an education," PM Johnson told parliament.

"We have so far secured the safe return of 306 UK nationals and 2,052 Afghan nationals as part of our resettlement programme," British PM said in Parliament.

UK PM Boris Johnson while addressing Parliament on Wednesday said that the country will do everything to support Afghans.

"We are proud to bring brave Afghans to UK," Johnson said.

"We have to accept what we achieved in Afghanistan," he said.

So Taliban have blown up slain #Hazara leader Abdul Ali Mazari’s statue in Bamiyan. Last time they executed him, blew up the giant statues of Buddha and all historical and archeological sites.

Too much of ‘general amnesty’. pic.twitter.com/iC4hUZFqnG 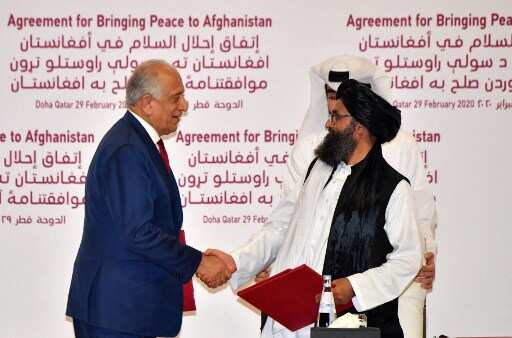 The Taliban said one of its leaders and co-founders, Mullah Abdul Ghani Baradar, had returned to Afghanistan for the first time in more than 10 years.

Despite some reports that people are being harassed and even beaten as they try to leave, White House National Security Advisor Jake Sullivan said "large numbers" had been able to reach the airport.

"The Taliban have informed us they are prepared to provide the safe passage of civilians to the airport, and we intend to hold them to that commitment," he told reporters.

The US Department of Defense has poured troops into the airport since Saturday to protect the exodus as the Taliban insurgents entered Kabul after a lightning siege across the country and seized power. 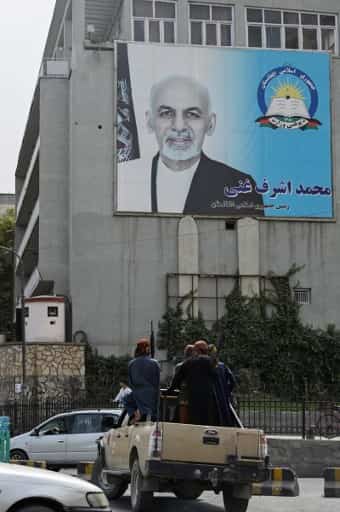 Taliban fighters patrol in a pickup along a road past a poster of ousted Afghan President Ashraf Ghani in Kabul.

The Taliban moved quickly to restart the Afghan capital following their stunning takeover of Kabul and told government staff to return to work. 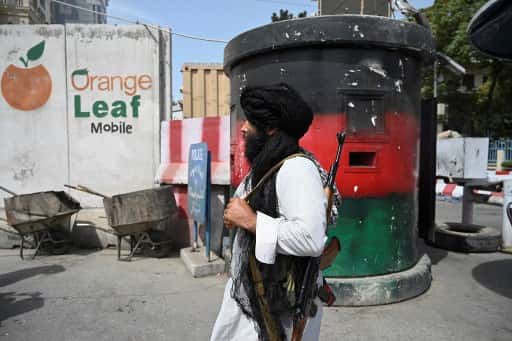 A Taliban fighter patrols along a street in Kabul.

The German airlines plans to carry out three evacuation flights from Afghanistan.

Sources highlighted that "Afghanistan could become the epicentre of Islamic radicalism, which could have a state which is recognized. IS also had territory but that was geographically far".

Some 3,200 people have been evacuated by the US military so far, a White House official said, including 1,100 on Tuesday alone, US citizens, permanent residents, and their families on 13 flights.

Washington wants to complete the exodus before its August 31 withdrawal deadline, and thousands of US soldiers were at the airport as the Pentagon planned to ramp up flights of its huge C-17 transport jets to as many as two dozen a day.

Will images of happy women in Afghanistan be a thing of the past?

The Taliban is known its hardline stance against gender equality and women from all walks of life in Afghanistan are apprehensive that the progress of the last two decades will amount to nothing now that men with centuries-old thoughts are calling the shots.

In last two decades after Taliban's defeat in 2001, women could at least dream of something. Women politicians, journalists and even security personnel defined the changing social scene in Afghanistan.

The channel's head of news Miraqa Popal made the announcement in a tweet.

Taliban say they seek no ‘revenge’ in press conference, will respect women’s rights

The Taliban pledge a secure Afghanistan as part of a public relations campaign aimed at persuading world powers and a fearful population that they have reformed.

Mujahid said that Taliban promised to respect the role of the press. He said that private media can continue to be 'free and independent'. However the freedom came at a few 'suggestions'