Sanctions against the Maduro regime defended by Venezuela's President Guaido 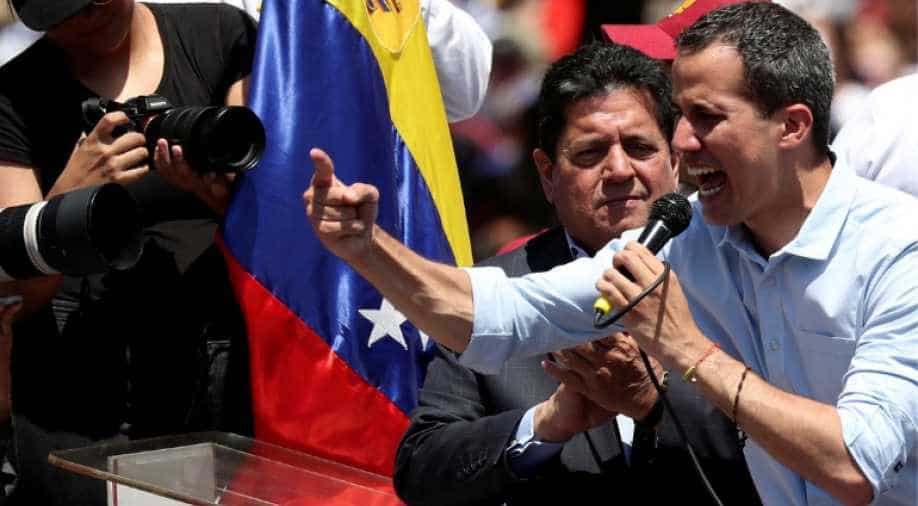 Guaido returned a three-week international tour and was met by some angry Conviasa workers who were enraged that the US placed sanctions on the state airline company.

Venezuela's opposition leader Juan Guaido on Wednesday defended foreign sanctions against his country 24 hours after he was attacked at Caracas international airport by state airline employees calling him a fascist. Guaido returned on Tuesday from a three-week international tour that took him to the US, Canada, Colombia and Europe. He was met by some angry Conviasa workers enraged that last Friday the US placed sanctions on the state airline company.

The US action criminalizing transactions with the flag carrier is the latest of many sanctions by Washington aimed at toppling leftist President Nicolas Maduro's regime, particularly by cutting his government's oil revenue.

One protester appeared to douse Guaido with a fizzy drink. But speaking to journalists after a legislative session held in a Caracas plaza, the National Assembly speaker defended the use of sanctions. Guaido's uncle Juan Marquez, who vanished after flying back with him, had been arrested, top Maduro ally Diosdado Cabello said, accusing him of smuggling explosives.

On his state television programme, Cabello said Marquez was detained for allegedly carrying C-4 explosives hidden inside flashlights and perfume refills, and was wearing a bulletproof vest. Guaido had denounced the "disappearance" of his uncle at the airport and said he would hold Maduro responsible for whatever happened to him.

Maduro retains the support of Venezuela's powerful military and has resisted Guaido's challenge, even as the United States ramps up the pressure. For the second time in less than a year, Guaido flouted a travel ban imposed by Maduro's regime to meet with allies around the world, including US President Donald Trump.

Guaido sprang to prominence in January 2019 when he declared himself the country's acting president in a direct challenge to Maduro. He derived such authority from his position as the speaker of the National Assembly after the legislature declared Maduro's 2018 re-election invalid following a poll widely denounced as rigged.

Lawmakers called Maduro a "usurper" while more than 50 countries recognized Guaido as interim president. He retained his Assembly post last month despite a standoff in which troops stopped him from entering the legislature.

Although it sits on the world's largest proven oil reserves, Venezuela's economy has collapsed under Maduro's leadership and the country has suffered five years of recession. The UN says more than 4.5 million people have left the country due to its crisis while inflation is the highest in the world, according to the International Monetary Fund.

Maduro told supporters celebrating World Youth Day that "traitors go abroad to ask for sanctions against the people." Cabello, considered the second-most powerful person in the country, said the sanctions had affected Venezuela's ability to buy food and medicine.

Last year, Guaido tried to force in humanitarian aid from Colombia, Brazil and Curacao but under Maduro's orders, the military blocked entry points to keep it out. Students rallied in Caracas on Wednesday in support of Guaido, who repeated his claim from Tuesday that his uncle had disappeared since returning with him to the Caracas international airport on the same flight he took from Portugal.