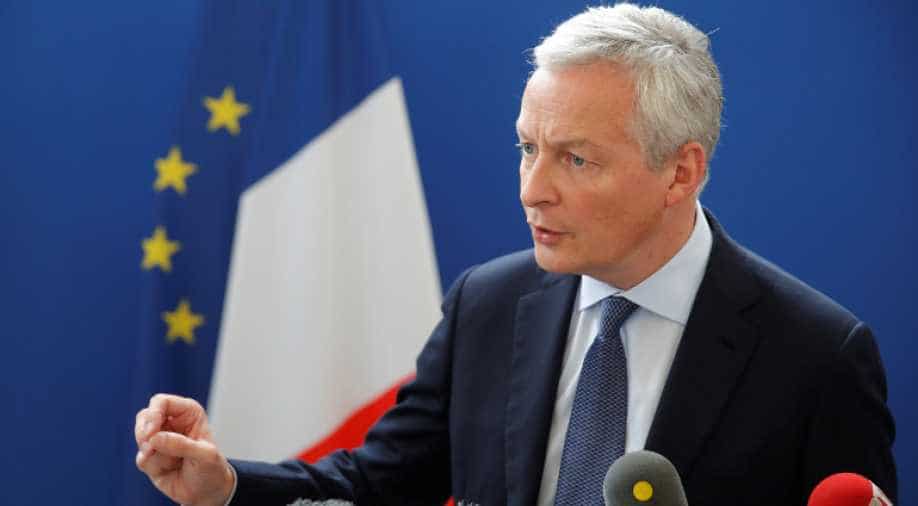 Le Maire was responding to US President Donald Trump`s threat to tax French wines in retaliation for France`s digital services tax, which he says unjustly targets US companies

Finance Minister Bruno Le Maire said on Saturday that France would proceed with taxing revenues of big technology firms and urged the United States not to bring trade tariffs into the debate on how to fairly raise levies on digital services.

Le Maire was responding to US President Donald Trump`s threat to tax French wines in retaliation for France`s digital services tax, which he says unjustly targets US companies.

"It`s in our interest to have a fair digital tax," Le Maire told reporters, speaking in English. "Please do not mix the two issues. The key question now is how we can we get consensus on fair taxation of digital activities."

Two weeks ago, the French Senate approved the 3% levy that will apply to revenue from digital services earned in France by companies with more than 25 million euros ($27.8 million) in French revenue and 750 million euros worldwide.

Other European Union countries, including Austria, Britain, Spain and Italy, have also announced plans for their own digital taxes.

Trump blasted Macron`s "foolishness" for pressing ahead with the French levy and warned his administration would announce "substantial reciprocal action".

"They shouldn`t have done this," Trump told reporters on Friday. "I told them, I said, `Don`t do it because if you do it, I`m going to tax your wine.`"

Le Maire reiterated Macron`s assurance that France would lift its national digital tax if there was a deal on a universal tax at the level of the Organisation for Economic Co-operation and Development (OECD).

He added that France wanted leaders of the G7 group of nations to agree on the principle of universal taxation of digital activities at next month`s summit in the coastal resort of Biarritz.