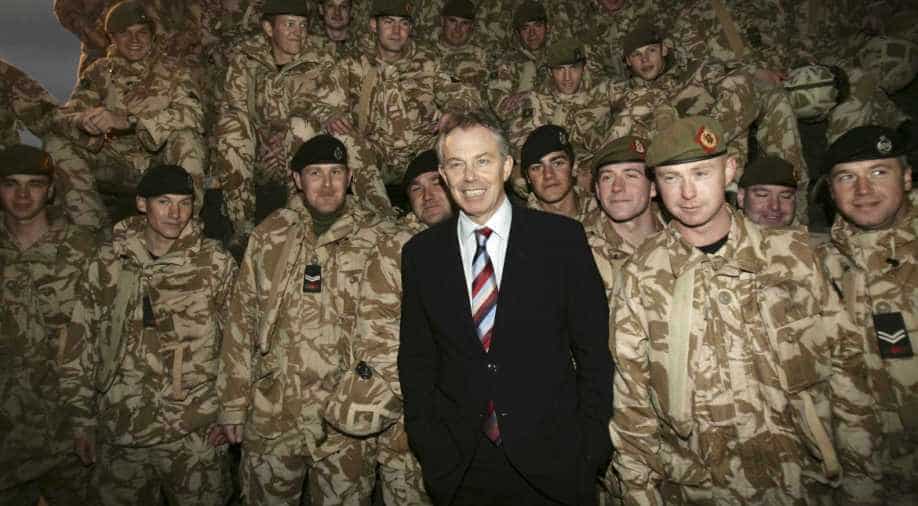 Follow Us
Britain's decision to go to war with Iraq in 2003 had a "far from satisfactory" legal basis and former prime minister Tony Blair's case for military action was over-hyped, a long-awaited inquiry into the conflict concluded on Wednesday.

Below are some of the report's key findings:

John Chilcot, head of the inquiry, said in his statement: "We have concluded that the circumstances in which it was decided that there was a legal basis for UK military action were far from satisfactory."

The report cited several shortcomings in the legal process, including:

- The legal advice produced by the government's top lawyer was presented to a cabinet meeting of senior ministers, but not discussed in detail:

"There was little appetite to question Lord Goldsmith (Attorney General) about his advice" that the invasion was legal, and "no substantive discussion of the legal issues was recorded", the report said.

- "The deliberate selection of a formulation which grounded the statement in what Mr Blair believed, rather than in the judgements which the JIC (Joint Intelligence Committee) had actually reached in its assessment of the intelligence, indicates a distinction between his beliefs and the JIC’s actual judgements."

The intelligence itself was also criticised:

- "At no stage was the proposition that Iraq might no longer have chemical, biological or nuclear weapons or programmes identified and examined by either the JIC or the policy community."

The report said that Britain chose to join the invasion of Iraq before peaceful options for disarmament had been exhausted:

"At the time of the parliamentary vote of 18 March, diplomatic options had not been exhausted. The point had not been reached where military action was the last resort."

Blair was warned about the threat of increased Al-Qaeda activity as a result of the invasion, the report said.

- "Mr Blair had been advised that an invasion of Iraq was expected to increase the threat to the UK and UK interests from Al-Qaida and its affiliates."

"I took the view then and take the same view now that to have backed down because of the threat of terrorism would be completely wrong."

"The Iraq of 2009 certainly did not meet the UK's objectives as described in January 2003: it fell far short of strategic success. Although the borders of Iraq were the same as they had been in 2003, deep sectarian division threatened both stability and unity."

The report criticised the government's post-conflict planning for Iraq:

- "The information on Iraq available to the UK government before the invasion provided a clear indication of the potential scale of the post-conflict task."

- "When the invasion began, the UK Government was not in a position to conclude that satisfactory plans had been drawn up and preparations made to meet known post-conflict challenges and risks in Iraq and to mitigate the risk of strategic failure."