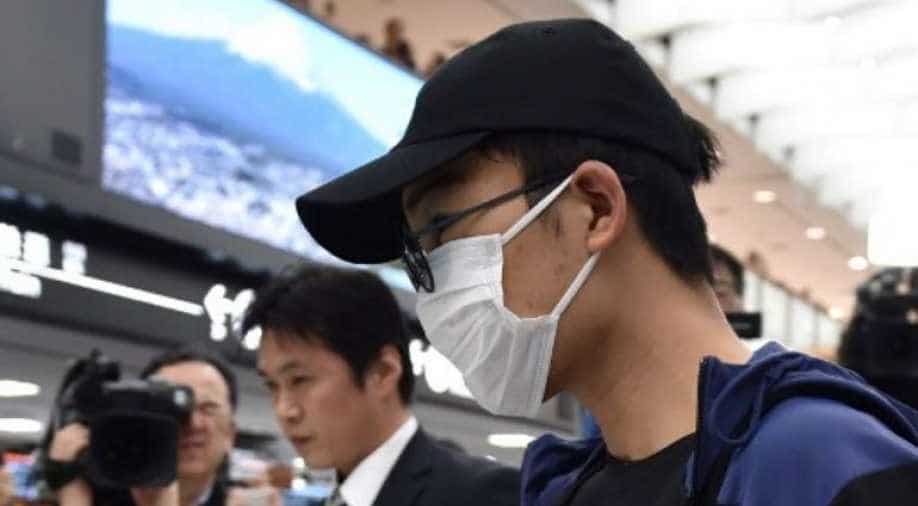 Badminton star Kento Momota has since made a full recovery, and he heads into his first-ever Olympics as the favourite to win the gold medal

Banned from the Rio Games for gambling and almost forced to retire last year after a car crash, Japanese badminton star Kento Momota is finally ready for his Olympic debut.

The world number one is among the host country's brightest medal hopes at the Tokyo Games, but he will just be glad to compete after fracturing his eye socket in a January 2020 accident.

Momota said his "spirit was almost broken" as he tried to recover from the crash — hours after he won the Malaysia Masters — which killed the driver of the vehicle taking him to Kuala Lumpur airport.

He suffered double vision and needed surgery on a bone near his eye that delayed his comeback, leaving him fearing his career was over.

"I thought about it. How long will it take?" he said in March last year, when asked if he was worried he might never play again.

"There were times when my spirit was almost broken."

But the 26-year-old has since made a full recovery, and he heads into his first-ever Olympics as the favourite to win the gold medal.

Momota was on fire before his accident, winning a record-breaking 11 titles in 2019, including the World Championships, Asia Championships and All England Open.

The left-hander lost just six of the 73 matches he played that year, and admitted he had surprised even himself with his blistering form.

"I feel like I am not yet a legendary player but I will work hard in order to play well in future tournaments," he said.

But Momota's rise to the top followed a dramatic fall from grace just months before the 2016 Rio Olympics.

He admitted gambling in an illegal casino with fellow player Kenichi Tago in April 2016, and was kicked off Japan's Olympic team and banned from competition indefinitely.

He returned a year later and set about making up for lost time, stunning Olympic champion Chen Long for the Asian title in April 2018 before working his way back up the rankings.

"I still feel remorse and cannot be sorry enough for what happened" before the Rio Games, he told the Olympic Channel in late 2019.

"For those who supported me when I wasn't playing, I want to repay them somehow at Tokyo."

But then came the accident, and a pandemic that forced the cancellation of badminton tournaments all over the world.

Momota played his first match in almost a year at Japan's national championships in Tokyo last December, starting tentatively before beating Kanta Tsuneyama in the final.

His hopes of returning to international competition were then dashed when he tested positive for coronavirus at the airport in January, as the Japan team was about to depart for the Thailand Open.

He eventually resumed international play at the All England Open in March, losing to Malaysian Lee Zii Jia in the quarter-finals.

Momota's efforts to get back on the court were rewarded with a nomination for Comeback of the Year in this year's Laureus sports awards.

He told Laureus in an interview that the pressure to win at the Tokyo Games was "huge".

"I'd like to turn that into a positive, and go into the Olympics with a productive degree of pressure and tension," he said.

On Friday, Momota thanked the people of Fukushima, the region where he grew up that is still recovering from the 2011 earthquake, tsunami and nuclear catastrophe.

"I couldn’t get (to) this point without all my supporters including my family and friends. I also have much appreciation for the people in Fukushima who give me a place to play badminton while they have been coping with the disaster," he tweeted.

Named after Superman's alter ego Clark Kent, Momota believes he can be the 'Man of Steel' who delivers on the Olympic stage this summer.

"If I'm competing in it, I might as well go for gold," he told Laureus.