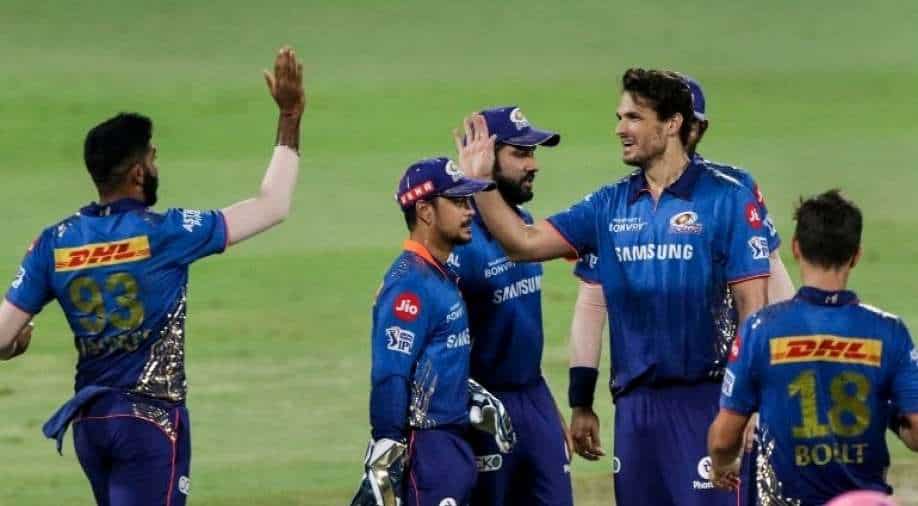 IPL 2022 MI retention list: Some of the big names in their line-up such as Pandya brothers, Quinton de Kock, Trent Boult and Ishan Kishan have missed the cut; shocking many of their loyal fans worldwide.

The D-Day is finally here. The existing eight IPL franchises have released their set of retained players ahead of the IPL 2022 mega auction. In this regard, the five-time winners Mumbai Indians (MI) have also shared their list.

Skipper Rohit Sharma and pacer Jasprit Bumrah, all-rounder and vice-captain Kieron Pollard and No. 3 batter Suryakumar Yadav have been retained by the Men in Blue. Hence, some of the big names in their line-up such as Pandya brothers, Quinton de Kock, Trent Boult and Ishan Kishan have missed the cut; shocking many of their loyal fans worldwide.

Talking about Rohit and Bumrah, they remain their most important players. While Rohit has been their seasoned campaigner and led them to five titles, Bumrah has also made a resounding name for himself worldwide while playing for the franchise. He has been a regular for the MI line-up, with 130 wickets so far, and his retention isn't surprising. On the other hand, Pollard's association with the MI line-up started since the IPL 2010 edition and has been a vital cog of the franchise ever since. He has amassed 3,268 in 178 matches for the MI franchise along with accounting for 65 wickets.

ALSO READ | MS Dhoni to Rohit Sharma: Complete list of reported retentions for all 8 franchises ahead of IPL mega auction

Meanwhile, SKY has been one of their most consistent players since IPL 2018. Surya scored in excess of 400 runs from IPL 2018-2020 but had a ordinary season by his standards in IPL 14. Nonetheless, he has been backed by the MI team management.

For the unversed, MI now have 48 crores (480 million) left in their purse ahead of the mega auction in 2022.  The franchise will now like to create a new core for themselves -- and also try to bring back some of their non-retained players -- for the upcoming seasons in the IPL 2022 auction.

The auction is reportedly scheduled to take place early in January, 2022.