David Beckham opens up about his married life 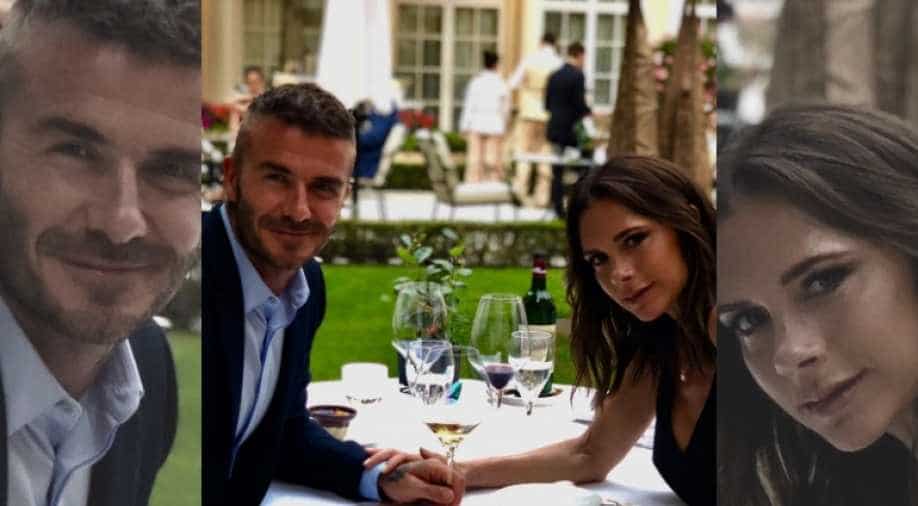 Beckham said he learned to live with the constant attention and speculation about their relationship.

David Beckham and ex-Spice Girl Victoria have been married for nearly 20 years and the football and fashion icon admits it has been "hard work" to make it a success.

The pair, who have four children, tied the knot in 1999 and have lived their married life in the public glare.

The former Manchester United star, in Sydney as an ambassador for the Invictus Games for disabled and wounded soldiers, said it was not always easy as he opened up about his private life in an interview with Australian television.

"You know your children - they want your time and they deserve your time, and we are hardworking, and we feel that that is the right way to bring up our children to prove and to show to them that actually, you have to work hard to be successful," he said while speaking to an Australian commercial television network on Sunday.

"To have been married for the amount of time that we have, it's always hard work, everybody knows that, but you make it work, you make difficult situations like travelling away, being away from each other, you make it work."

Now a UNICEF ambassador and owner of an American Major League soccer team, the 43-year-old and his fashion designer wife - who launched her VB label in 2008 in New York - have been fodder for the tabloid press since they met.

But he has learned to live with the constant attention and speculation about their relationship.

"I've grown to kind of ignore some of the negative stuff that's said," he said.

"I think if you know each other, if you know you've got great friends, great family behind you, the thing we have to do is protect our children."

Beckham is close friends with Prince Harry and attended his wedding to the now pregnant Meghan Markle this year.

He said he was a massive fan of the royals and had huge respect for the Duke of Sussex, who conceived the Invictus Games as a way to inspire recovery and rehabilitation from war-time injuries through sport.

"With Harry to have come up with something that changes people's lives is incredible," he said.

"Sport is such a powerful tool to give them the opportunity to get over the injuries and the hard times they have been through."

The Invictus Games, featuring more than 500 competitors from 18 nations, run in Sydney until next weekend.