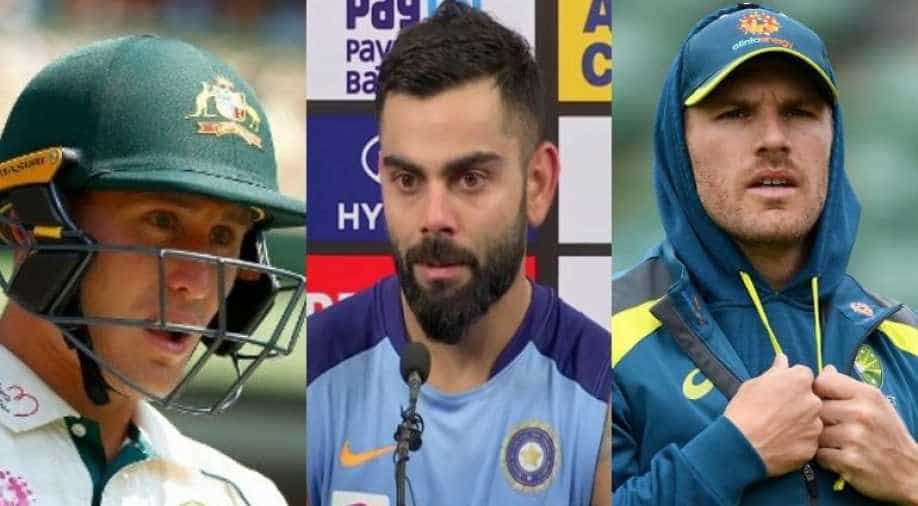 If the Indian skipper manages to get a hundred at Wankhede, he will become the player with most centuries in international cricket (42) as captain, across all formats

Ahead of the crucial one-day international(ODI) clash against Australia at the Wankhede Stadium in Mumbai on Tuesday, Indian skipper Virat Kohli said he does not "support people"  comparing players within the team.

"All guys in form is a good thing. We will figure out what combination we want to go in with and there is a possibility that all three might play. It will be interesting to see what balance we want to take in on the field. I do not at all support people comparing players within the team," the Indian captain said.

Also read: Australia have the goods to give Virat Kohli's men a run for their money: Finch ahead of ODI series against India

In a press conference, Kohli pointed towards the form of the team and how comparisons within the team make no sense and it does not convey the right message to the team's culture.

India may face a major dilemma in choosing their opening pair for the series. Rohit Sharma was rested in the previous series (against Sri Lanka), Shikhar Dhawan and KL Rahul performed well in the final T20I against Sri Lanka. Kohli expressed his displeasure on such comparisons.

"I want to say this publicly because I see so many features and programs being made about this versus this. We are a team and playing together. I don't find the sense in heat is going up and they are fighting for one spot. It does not send the right message as far as the team culture is concerned," he added.

The 31-year-old talked about the experiments in the batting order during the final T20I versus Sri Lanka and why he came out to bat very low in the order.

"I am not possessive about where I play and I am not insecure about where I bat. Being the captain of the team, it's my job to make sure that the next lot is also ready as well. Your job as a captain is not only to look after the team right now but also to prepare a team that you can leave behind when you eventually pass it on to someone else," he said.

#TeamIndia Captain @imVkohli hit some boundaries off Bumrah's bowling in the nets today.

Hear what the Skipper has to say about the same 😅 pic.twitter.com/g81FTR5jRT

Virat said that Australia is a stronger side than last time, the series will be exciting and competitive "They are a stronger side than the side that came last time to India but still won the series. You can have the most experienced or most skilled players but if you do not play well as a team in that series, you will not win which happened with us last time and when we went to Australia similar thing happened with them,".

Kohli said that series is short and a five-match series would have been way more exciting.

Gearing up for the challenge against Australia - @klrahul11 & @im_manishpandey train hard before the 1st ODI #TeamIndia #INDvAUS @Paytm pic.twitter.com/opMVuq4qsB

Virat is close to breaking another world record if the Indian skipper manages to get a hundred at Wankhede, he will become the player with most centuries in international cricket (42) as captain, across all formats. He at the moment is tied with Australian great Ricky Ponting (41).

India and Australia have played 136 ODI matches, with Australia winning 77 (29 in India) and India beating the Aussies in 49 ODIs(22 in Australia). Ten matches were abandoned with none tied.

Australia has been one of the two teams who have defeated the mighty Indian team at home on more occasions than they have lost.

Since 2010, India has played 21 bilateral series, but have lost against only three teams (South Africa, Pakistan and Australia).

Australia's dominance over India in terms of win ratio has changed since 2013. Both heavyweights clashed have 28 times, in which Australia won 13  ODIs and India outlasting the Australian juggernaut in 13 ODIs with two games being washed out.

The dangerous Marnus Labuschagne is the player to watch out for the Indians. The 25-year-old is yet to make his ODI debut but has a staggering average of 63.4 in Tests

From the beginning of Ashes, Labuschagne ensured he cemented his name in the playing XI. On his home turf, Labuschagne proved his desire for big hundreds in his first two series (Pakistan, New Zealand). His consistency in scoring centuries was there for all to see with scores of 185, 162, 143, 50, 63, 19, 215, 59.

At home the Australian young gun scored 896 runs, averaging 112 with four centuries, three fifties. Labuschagne was Test cricket's highest run-scorer in 2019 with 1,104 runs in 11 matches averaging 64.94. His teammate Steven Smith was second in the list.

'I honestly don't know': Shikhar Dhawan on reason behind his absence from India's T20I squad