Asian Cup 2019: India's win over Thailand is their first victory in 55 years 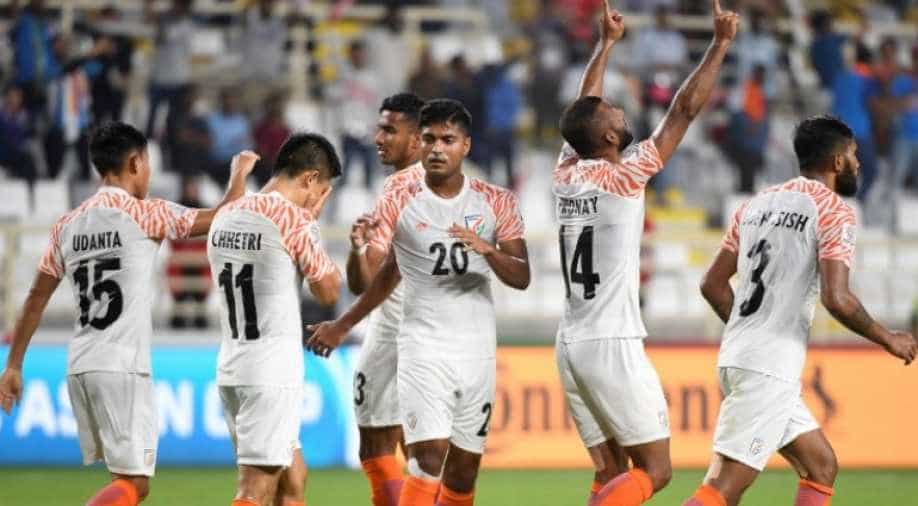 India beat Thailand 4-1 with captain Sunil Chhetri scoring twice. This is the fourth India is taking part in the Asian Cup, the continent's top football tournament.

India registered their first victory in the Asian Cup since 1964 on Sunday at Al Nahyan Stadium in Abu Dhabi.

Midfielder Anirudha Thapa and second-half substitute Jeje Lalpekhlua were the other scorers.

Also Read: All you need to know about Asian Cup 2019

Besides winning the match, Chhetri went past Argentine superstar Lionel Messi, who has so far scored 65 goals from 128 matches.

Portugal superstar Cristiano Ronaldo is the highest scorer with 85 from 154 matches.

🆕 Biggest ever Asian Cup win for the Indians!

What an achievement to KO the Blue Tigers’ #AsianCup2019 campaign! 🐯 pic.twitter.com/fsXo4QB586

Inder Singh scored twice in the 1964 edition when the country had finished runners-up.

This is India's fourth participation in the Asian Cup and the win against Thailand was Blue Tigers' third win in 11 matches.

The country won two matches and lost one in the 1964 edition in Israel, competed by just four countries, then lost three and drawn one in 1984 and were beaten in all their three group matches in 2011.

A draw in either of the two coming matches against UAE and Bahrain could see India through to the knockout round.

The match was watched by the 12 Thai schoolboys rescued from a flooded jungle cave last year after being trapped for more than two weeks.