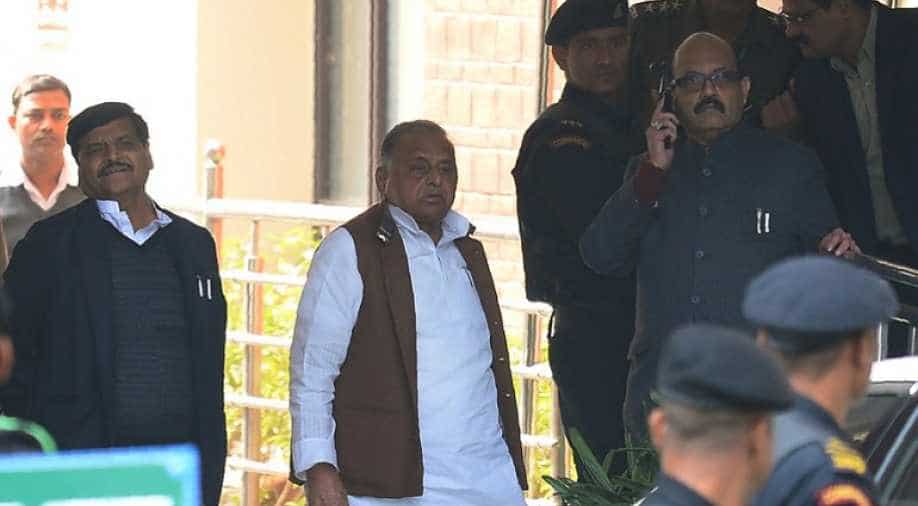 The Election Commission will later today hold its first hearing on the dispute in the Samajwadi Party. Photograph:( AFP )

The Bharatiya Janata Party (BJP) asked the Samajwadi Party to resolve the ongoing 'political drama' and focus on law and order, corruption and lack of administration in the politically crucial Uttar Pradesh.

BJP general secretary Vijay Bahadur Pathak told ANI the tussle in the Samajwadi Party clearly indicates that the ruling party in Uttar Pradesh is in total confusion at the moment.

"It is purely a political drama. This is a sign that the party (SP) is in total disarray and they talk about giving a fight to the BJP. There was lot of corruption and now the Samajwadi Party family is seen fighting for power," he said. "The people are upset with the party (SP). I hope there will be a change in UP," he added.

The Election Commission will later today hold its first hearing on the dispute in the Samajwadi Party. The poll panel announced the date of hearing on Tuesday, a day after both factions - led by party patriarch Mulayam Singh Yadav and his son, Uttar Pradesh Chief Minister Akhilesh Yadav - submitted their rebuttal to each other`s claims over control of the party.

Earlier on Monday, Mulayam met Chief Election Commissioner Nasim Zaidi and Election Commissioners OP Rawat and AK Joti during which he has reportedly reiterated that Ram Gopal Yadav stands expelled from the party and he continues to remain the Samajwadi Party president.

Mulayam, however, later extended an olive branch to his son and said that Akhilesh would become the Chief Minister after the elections.

Earlier, Ram Gopal submitted a dossier containing signed affidavits of support for the Akhilesh faction from party delegates, MPs, MLAs and MLCs. The Akhilesh camp urged the poll body to decide on the matter at the earliest.