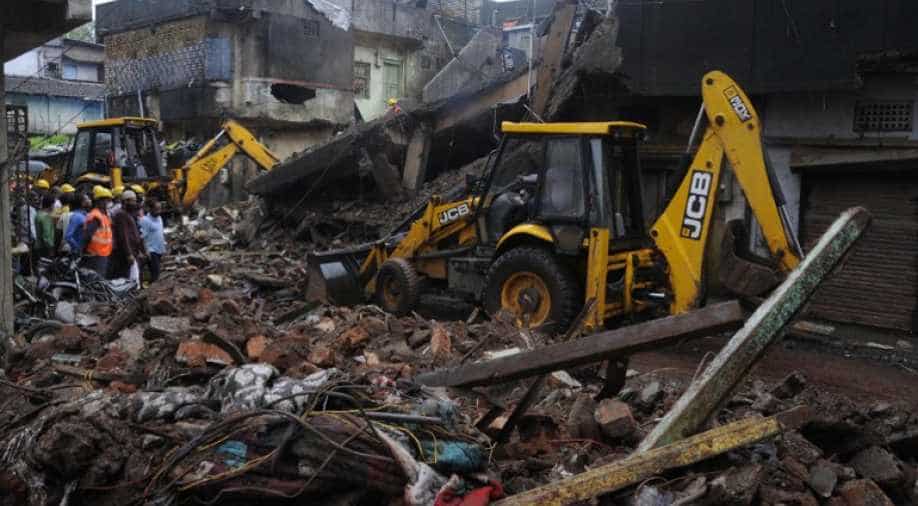 The owner of the building was arrested. (Representative Image) Photograph:( ANI )

Eleven bodies were retireved, while two were rescued from the debris of a seven-storey under-construction building which collapsed in India's southern state of Telangana Thursday night.

The owner of the building was arrested, ANI reported.

The victims were mostly workers who lived in the basement of the building in Nanakramguda with their families.

According to Cyberabad police commissioner Sandeep Shandilya, Rekha (35) and her son (4), were rescued and admitted to the hospital. The duo hailed from Chhattisgarh, PTI reported.

Apart from one family, all others belonged to to Vizianagaram district of Andhra Pradesh. The bodies will be sent to their native places.

The state government also announced a compensation of 10 lakh rupees to the relatives of the victims.

Action will be taken against the building owner for alleged violation of construction rules as well as officials "who looked the other way", Telangana Municipal Administration minister KT Rama Rao said.

The Jawaharlal Nehru Technological University, Hyderabad, has been asked to inestigate the cause of the collapse and a preliminary report is expected.

Minister for Labour and Employment, Bandaru Dattatreya directed the Labour ministry officials in Hyderabad to provide necessary assistance to the victims.