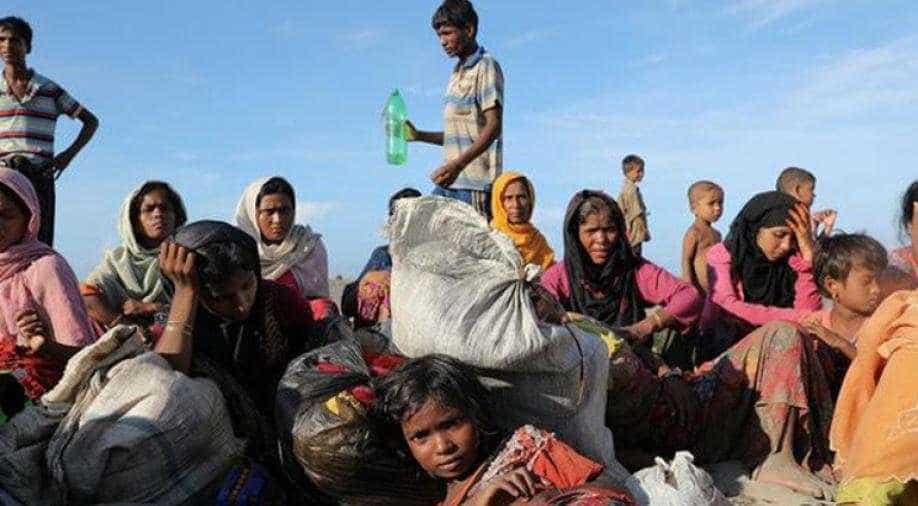 The latest to die was 36-year-old Nur Mohammad, who officers allege was a Rohingya gang leader who arrived in Bangladesh in 1992 and was operating in the hills around the refugee camps.

A fourth Rohingya refugee was shot dead, Bangladesh police said Sunday, amid growing fallout over the murder of a ruling party official that sparked a violent backlash from locals.

There has been an outbreak of violence in recent weeks at refugee camps in southeast Bangladesh, where nearly one million Rohingya live after fleeing crackdowns in Myanmar.

At least five Rohingya men have died in clashes in the settlements -- allegedly over gang violence -- while an Awami League official was shot in the head in late August at Jadimura camp in the border town of Teknaf.

Police blamed Omar Faruk's death on Rohingya hitmen, and have shot dead three refugees over the past week in connection with the incident.

The latest to die was 36-year-old Nur Mohammad, who officers allege was a Rohingya gang leader who arrived in Bangladesh in 1992 and was operating in the hills around the refugee camps.

Local officials say Mohammad was a drug trafficking kingpin involved in using refugees to smuggle yaba, a popular methamphetamine pill, from across the Myanmar border.

"He was arrested over Faruk's murder on Saturday. We took him to find out his weapons in a hill when his accomplices fired on police (on Sunday)," police spokesman Ikbal Hossain told AFP.

"We fired back and later found Mohammad's bullet-riddled body."

Hundreds of enraged locals living near Jadimura camp stormed the settlement after Faruk's murder, looting and vandalising scores of Rohingya shops and houses.

Police said they have stepped up security in the camp, but the European Commission said some refugees have fled Jadimura and were taking shelter at other sites following the violence.

Humanitarian work by aid agencies has also been disrupted, affecting some 100,000 people, the commission said.

Rohingya leader Mohammad Noor told AFP there was a "tense" atmosphere in the camps and refugees were "living in panic".

The incident comes in the wake of a second failed attempt to begin the repatriation of around 740,000 who fled a 2017 military offensive against the Muslim minority in Myanmar.

With Mohammad's death, at least 34 Rohingya have been killed by Bangladeshi security forces since the 2017 exodus, according to police.