The life and legacy of Michael Jackson: Remembering 'King of Pop' on his 10th death anniversary

Very few people have the ability to create such a vast and significant legacy in their lifetime the way Michael Jackson did. Despite the controversies around him, there is no doubt that man created some incredible music and his work cannot be overshadowed by any single person. On Michael Jackson's 10th death anniversary, let us have a look at the achievements, challenges and controversies that surrounded him during his lifetime. 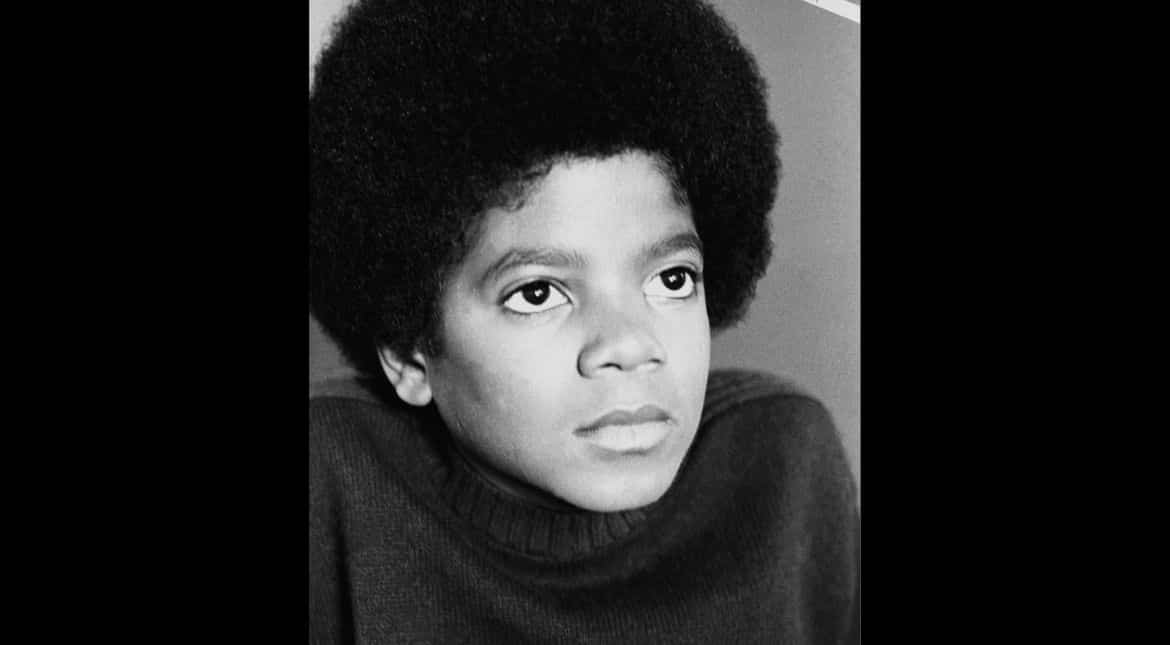 1958- Michael Jackson was born near Chicago, on August 29. He was the eighth of ten children in the Jackson family, a working-class African-American family. He grew up with five brothers and three sisters. In an interview with Oprah Winfrey in 1993, Jackson said that his youth had been lonely and isolating as his father abused him physically and emotionally. 1964- Michael Jackson joined the 'Jackson Brothers', a band formed by his father that comprised of his four brothers and him,.In 1965 he was made the lead vocalist of his band along with his brother Jermaine and the band was renamed 'Jackson 5'. The following year they won a talent show and slowly started touring Midwest America. 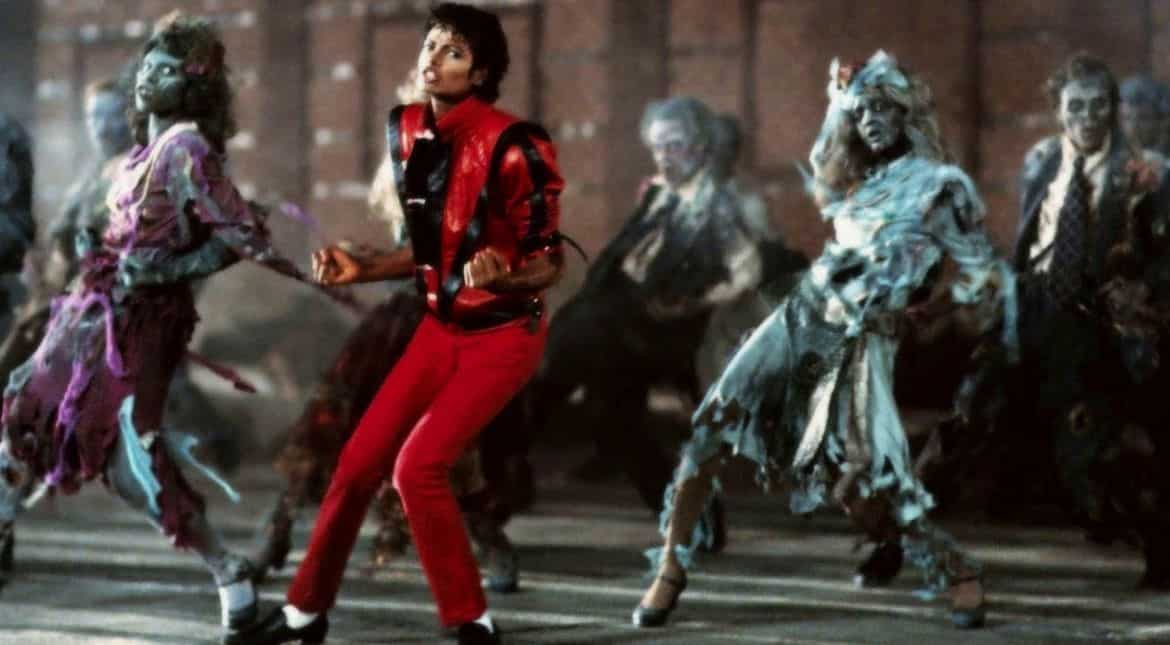 Michael Jackson in a still from 'Thriller' 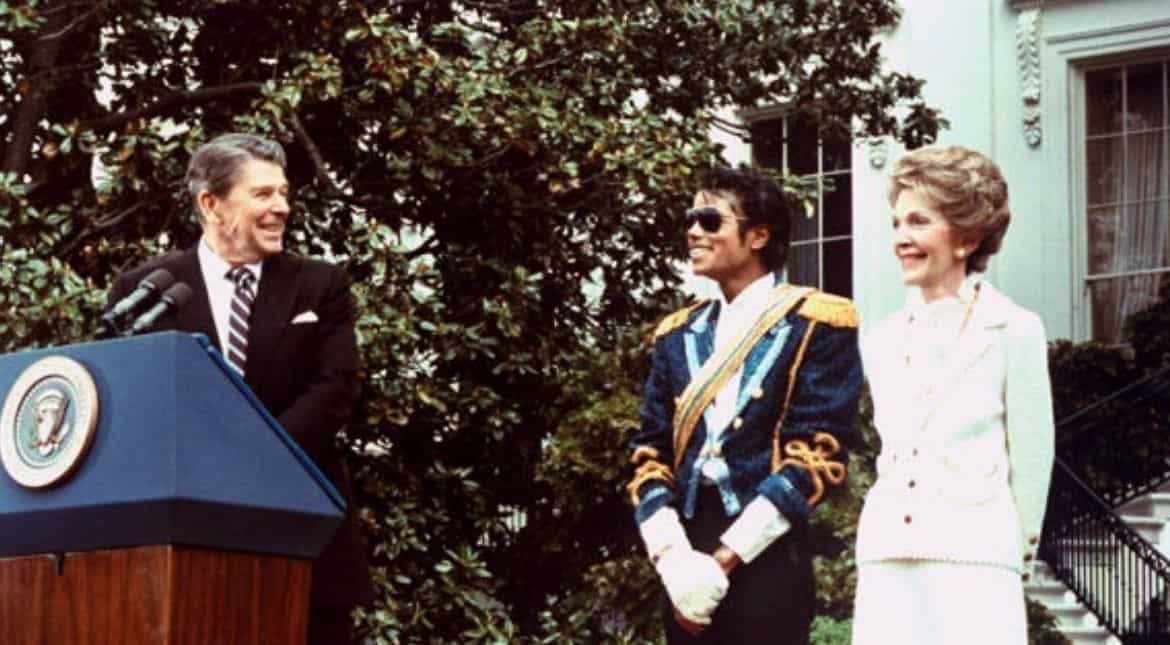 1984- On May 14, 1984, President Ronald Reagan gave Jackson an award for his support of alcohol and drug abuse charities and in recognition of his support for the National Highway Traffic Safety Administration's Drunk Driving Prevention campaign. Jackson allowed the campaign to use his song 'Beat It' for its public service announcements. 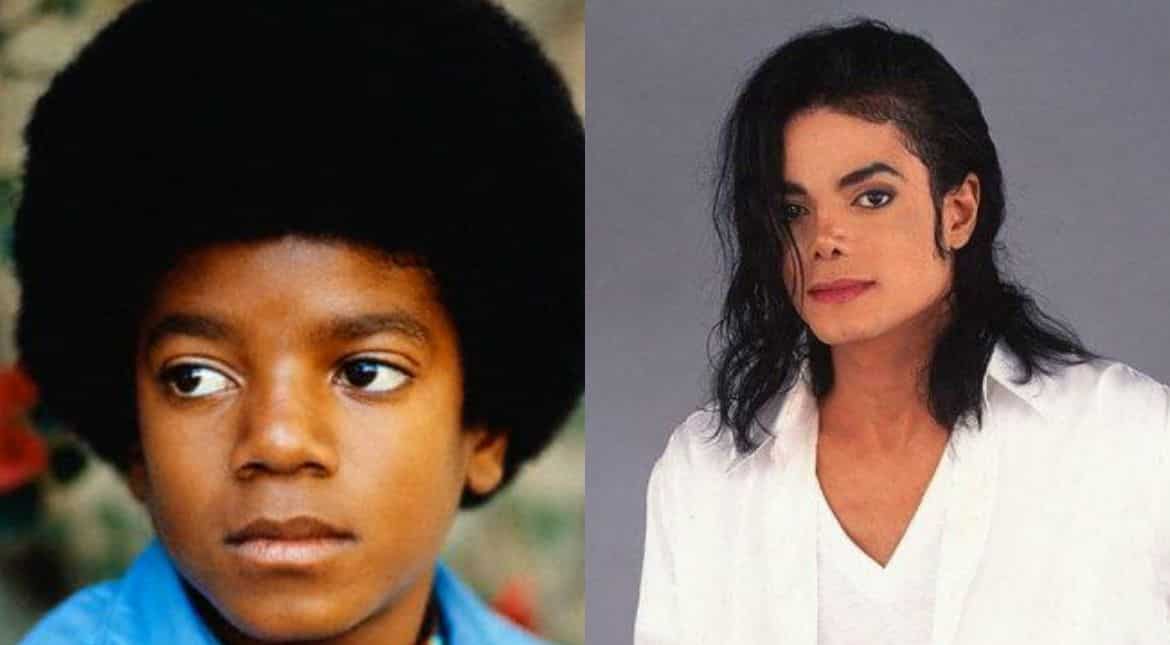 Michael Jackson's skin was medium brown throughout his early years. However, as he approached mid-1980's, it slowly grew paler. It was believed that Jackson was bleaching his skin to appear lighter. However, he denied all such allegations and revealed that he suffered from vitiligo- a disease that causes paleness of skin. He also said that he used make-up to even out his skin tone which made him appear paler than he was. 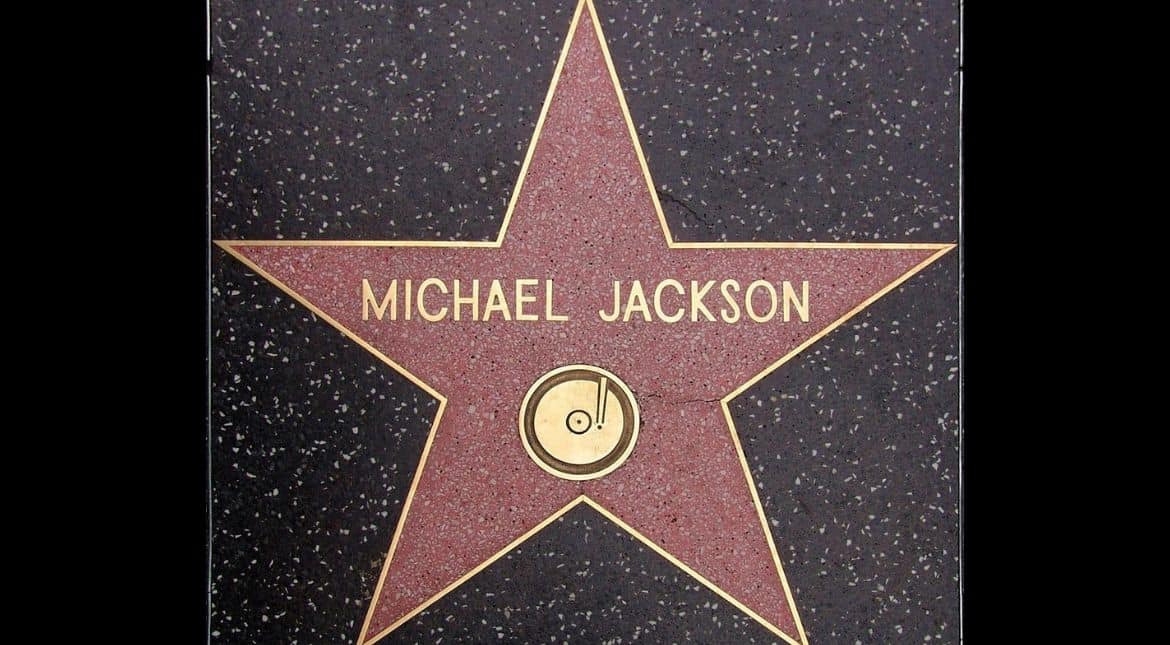 Michael Jackson was inducted into the Hollywood Walk of Fame in 1980 as a member of the 'Jacksons', and in 1984 as a solo artist. 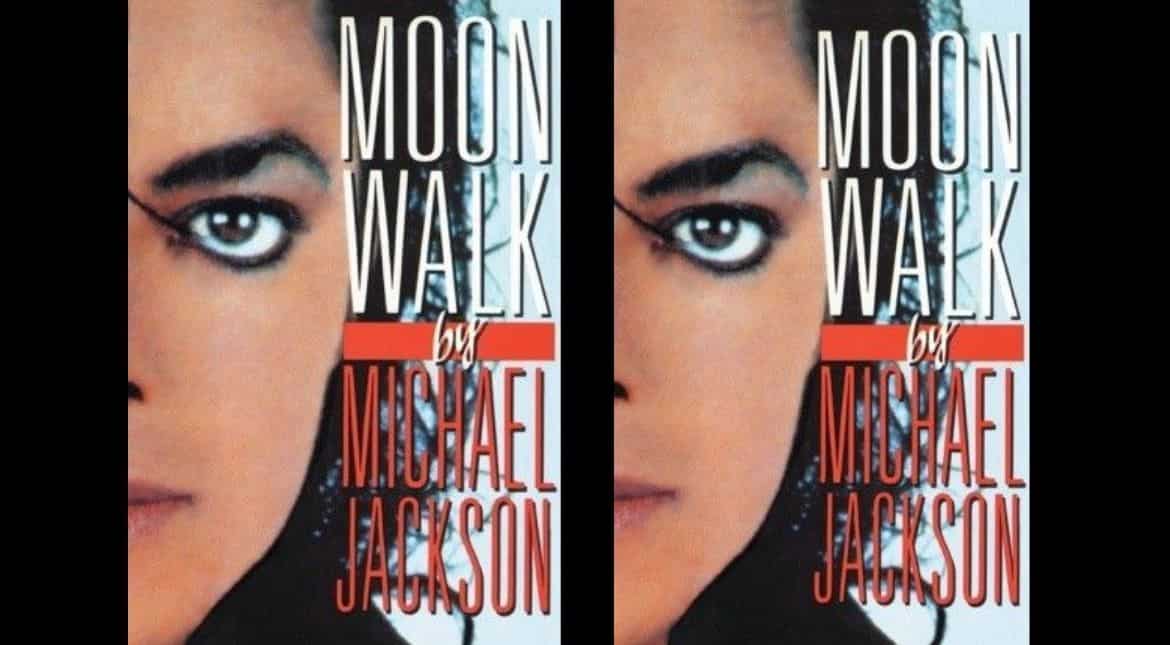 1988- Michael Jackson released his autobiography, 'Moonwalk', with input from Stephen Davis and Jacqueline Kennedy Onassis. It sold 200,000 copies and reached the top of the New York Times Best Sellers list. Jackson discussed his childhood, the abuse from his father, and the 'Jackson 5' in it. 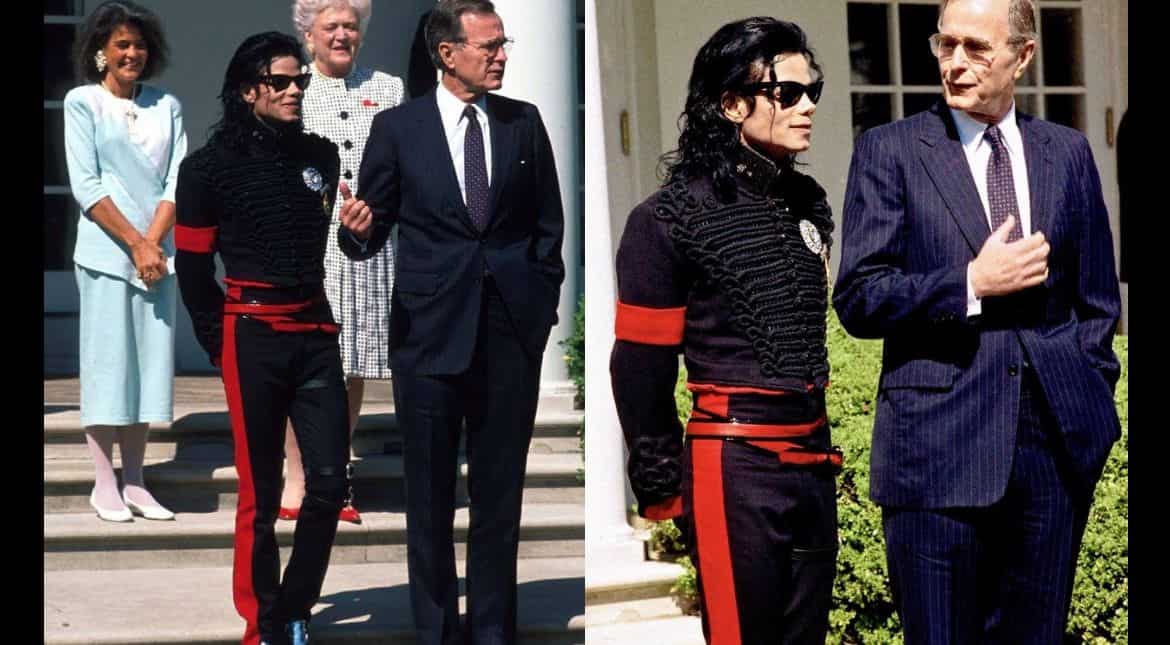 Michael Jackson became known as the 'King of Pop', a nickname that his publicists loved. When Elizabeth Taylor presented him with the Soul Train Heritage Award in 1989, she called him "the true king of pop, rock and soul." In 1990, President George HW Bush designated him the White House's 'Artist of the Decade' award. 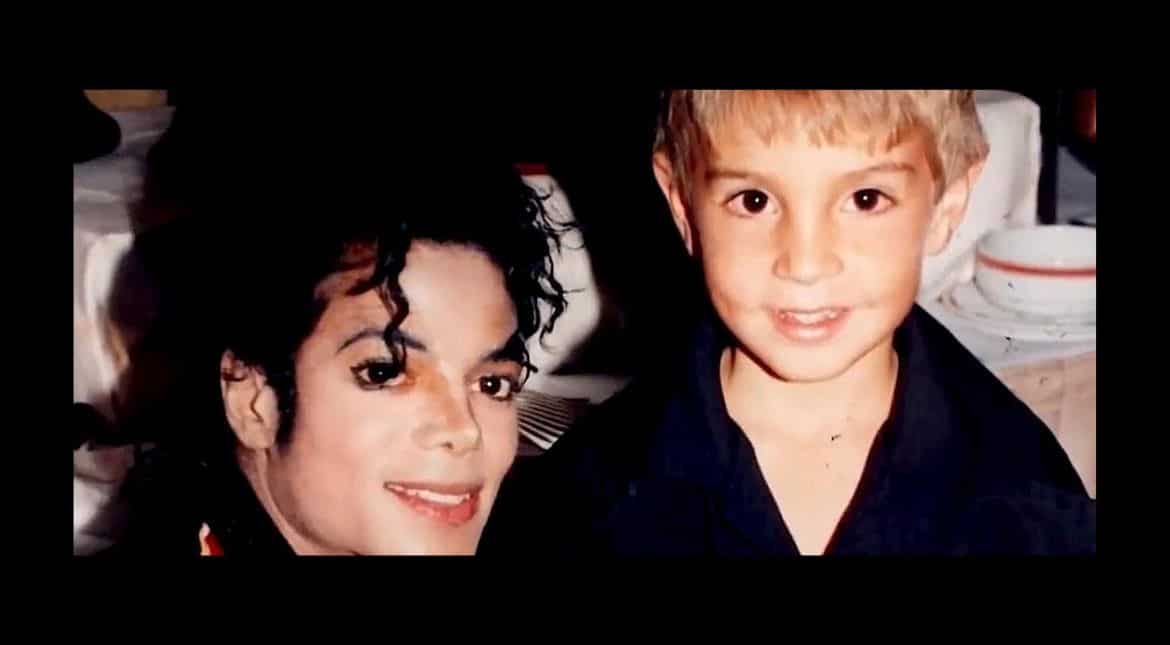 1993- Michael Jackson was accused of child sexual abuse by Jordan Chandler, a 13-year-old boy, and his father, Evan Chandler. However, no charges were pressed once Jackson settled with the Chandlers for $25 million outside of court.

In 2003, he was again charged with seven accounts of child molestation but was found not guilty by the court. Moreover, in 2013, Wade Robson filed a case against Michael Jackson on grounds of sexual abuse but his allegations were disregarded since too much time had passed. 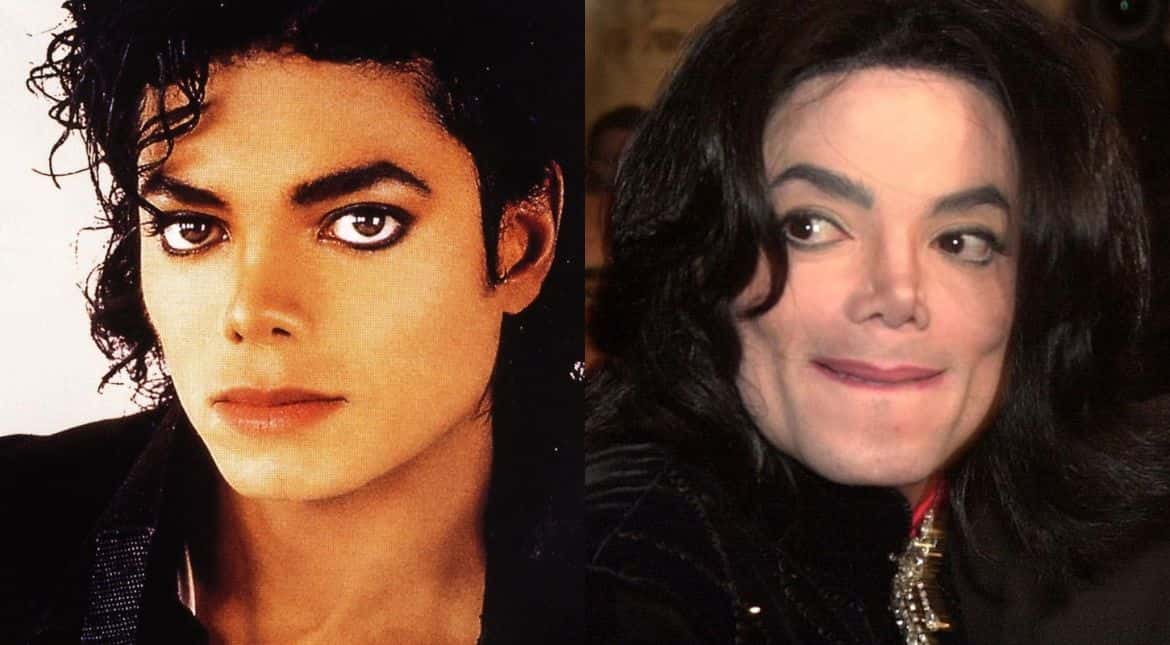 1993- In order to cope with the allegations of sexual assault, Michael Jackson started taking painkillers and drugs in heavy amounts. By the end of 1993, he was addicted to them and had to go into rehab in order to get better. 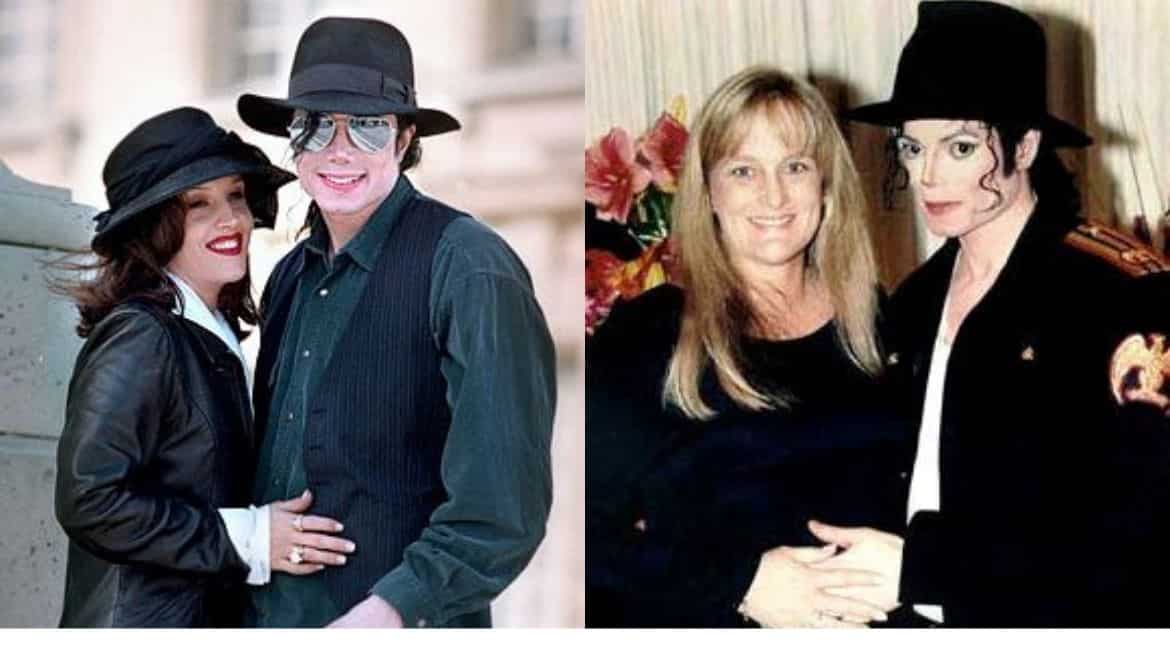 1994- Michael Jackson and Lisa Marie Presley got married in a secret ceremony in Dominican Republic in May. The two had been close childhood friends and shared common interests. Nevertheless, their marriage ended soon as they got a divorce in 1995.

In 1996, he married Debbie Rowe who was his dermatologist's nurse. They had two children together before their divorce in 1999. 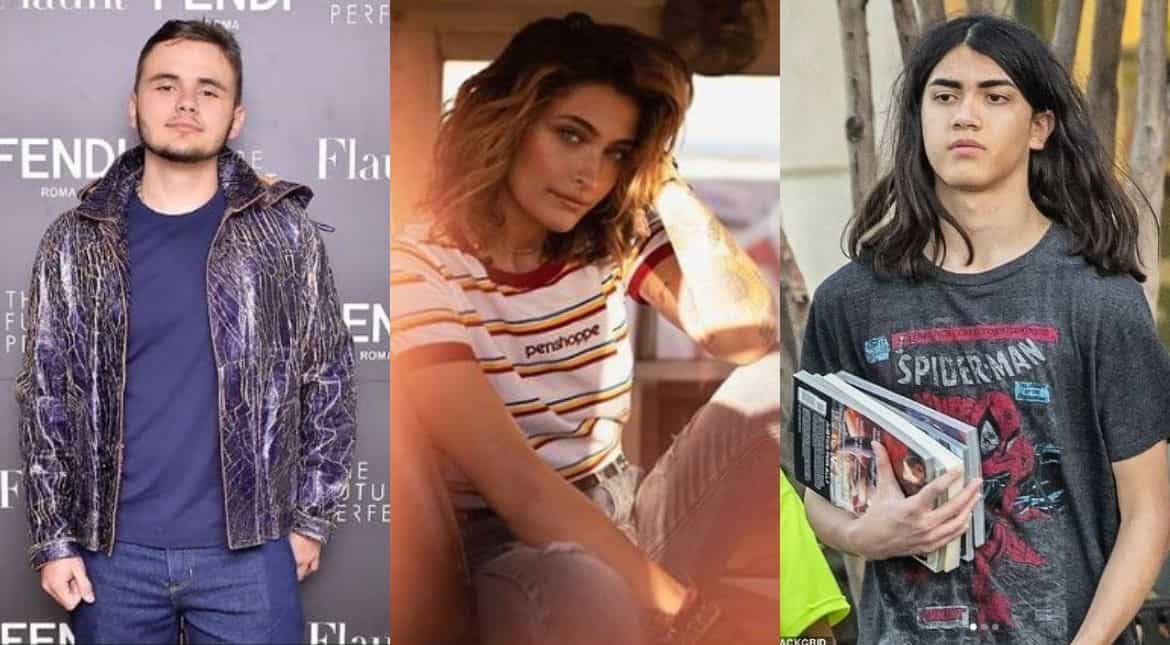 Known to hide their faces during childhood, Jackson was known to be guarded and fiercely protective of them . He though, would be remembered for dangling his youngest child, famously known as Blanket out of a hotel window in Berlin in 2002. The incident caused public outrage and he later apologized for the same. 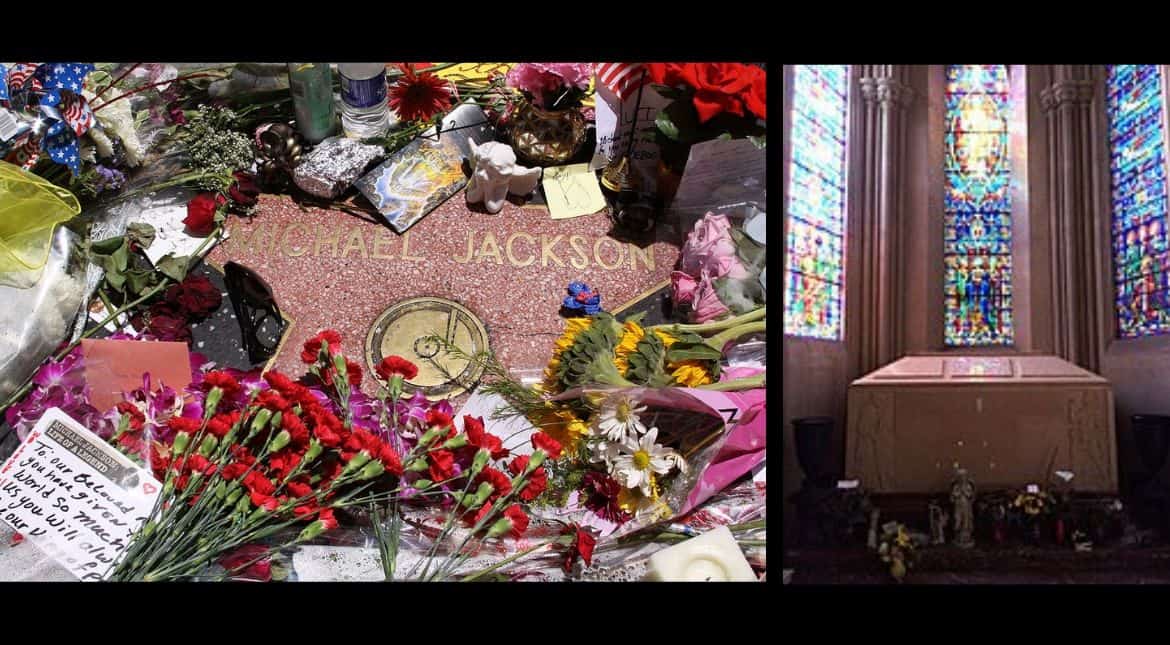 Death of the 'King of Pop'

2009- In March 2009, Michael Jackson announced a series of comeback concerts called 'This is it’. The announcement garnered record-breaking sales with over one million tickets being sold in under two hours. Less than three weeks before the concerts, on June 25, Michael Jackson died of a cardiac arrest caused by an overdose of propofol. Fans from all over placed flowers on his Hollywood Walk of Fame star on the day of his death. 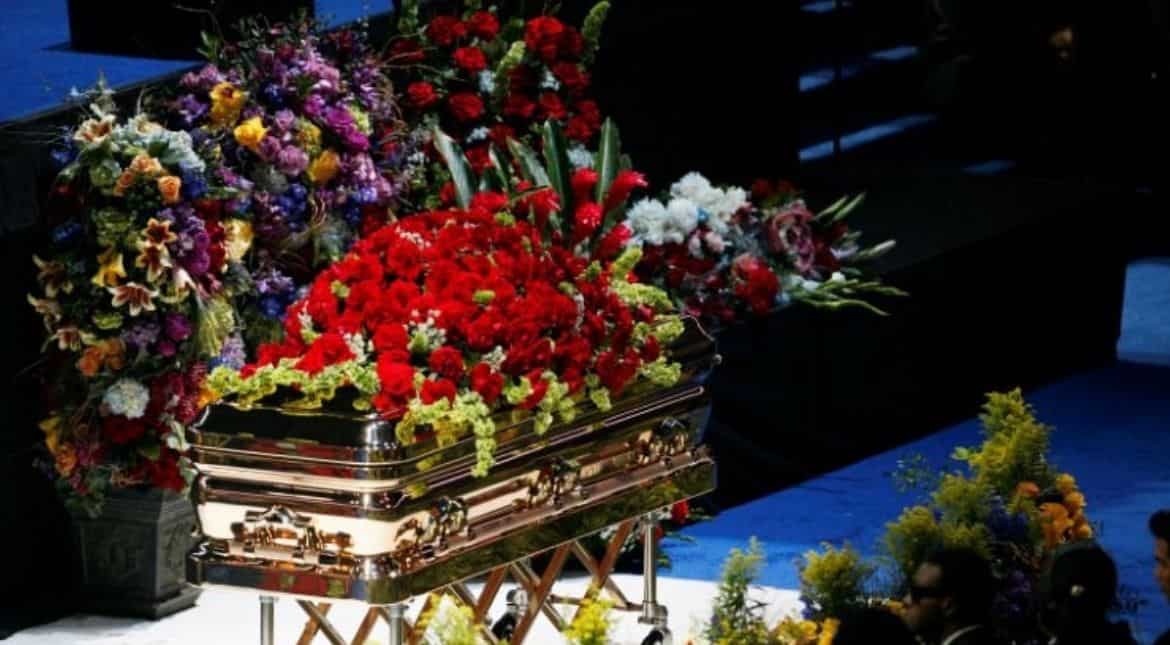 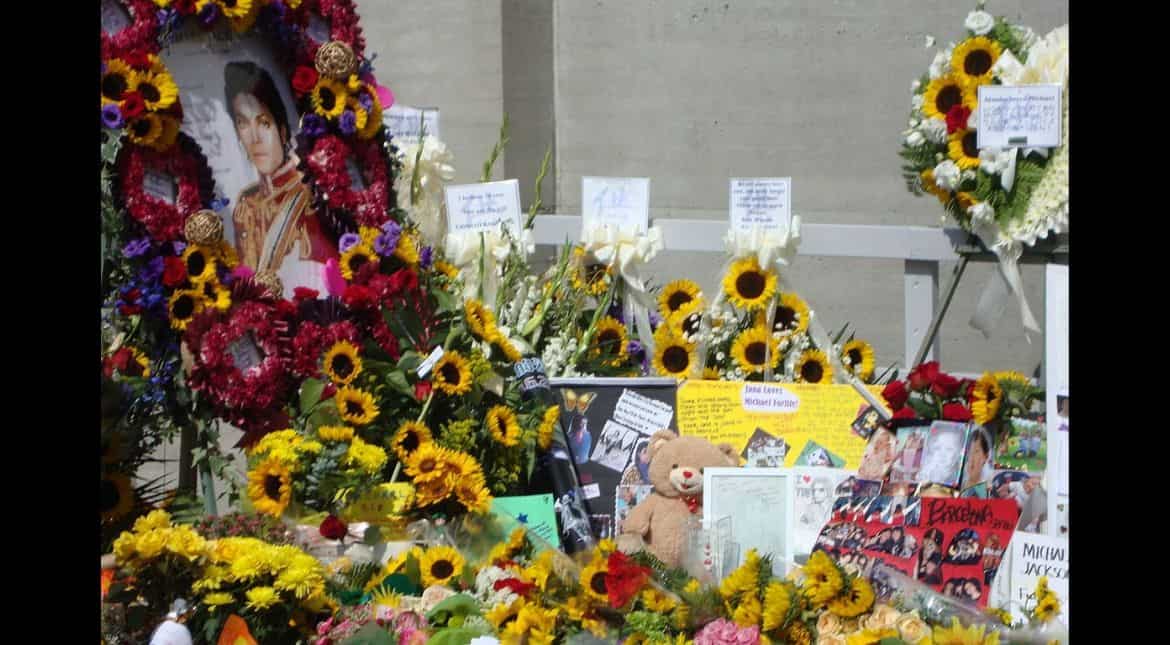 2010- On June 25, 2010, the first anniversary of Jackson's death, fans, family and friends visited his star on the Hollywood Walk of Fame, his family home, and Forest Lawn Memorial Park and left little tributes at these sites. 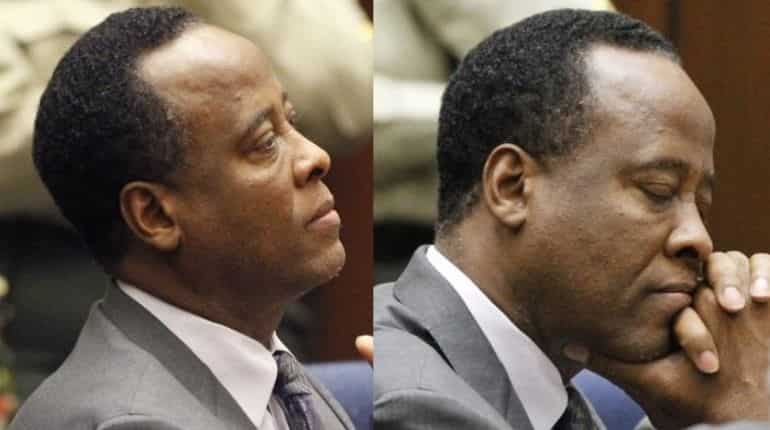 Conrad Murray at his trial

Aftermath- Michael Jackson had hired Dr. Conrad Murray to be his exclusive personal physician prior to his tour in July 2009. But only weeks after hiring Murray, Michael Jackson died due to a lethal dose of propofol. Court documents released in August, 2009, revealed that the coroner's initial conclusion indicated that Jackson overdosed on propofol, but the death was later ruled a homicide. In February 2010, Murray was formally charged with involuntary manslaughter. He received the maximum penalty of four years in prison. His Texas medical license was revoked, and his California and Nevada licenses were suspended. After serving two years, Murray was released on parole on October 28, 2013 on account of good behaviour.