In pics: Brazil's Amazon deforestation surges 22% in a year, highest in 15 years

Deforestation in Brazil's Amazon rainforest soared 22% in a year to the highest level since 2006, the government's annual report showed on Thursday, undercutting President Jair Bolsonaro's assurances that the country is curbing illegal logging. 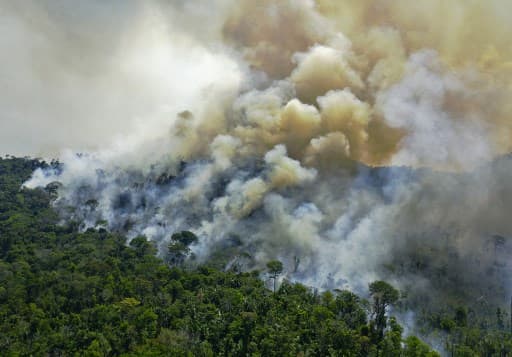 The Brazilian Amazon lost 13,235 square kilometers of rainforest in the 12-month reference period from Aug. 2020 to July 2021. That's the most since 2006. ( In photo) Aerial file photo taken on August 16, 2020 of a burning area of Amazon rainforest reserve, south of Novo Progresso, in Para state. 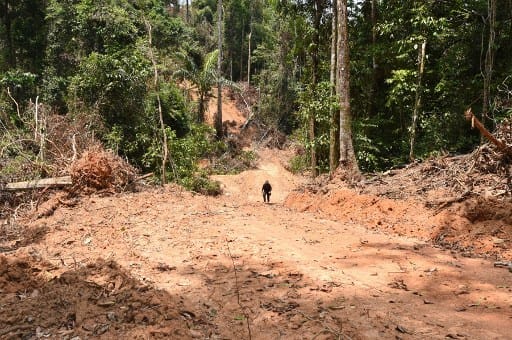 The surging destruction comes despite Bolsonaro's efforts to show his government is serious about protecting the Amazon, considered critical to staving off catastrophic climate change. In this file photo taken on September 22, 2021, an official from Para State, northern Brazil, inspects a deforested area in the Amazon rain forest during surveillance in the municipality of Pacaja, 620 km from the capital Belem, Brazil 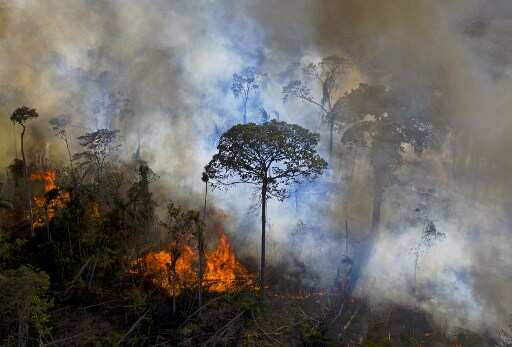 Smoke billows out of Amazon forest

The state of Para accounted for 40% of deforestation from Aug. 2020 to July 2021, according to the data, the most of any of nine states in the Amazon region. But its year-on-year increase was slight compared to Mato Grosso and Amazonas states, which together accounted for 34% of the the region's destruction. In this file photo taken on August 15, 2020, smoke rises from an illegally lit fire in Amazon rainforest reserve, south of Novo Progresso in Para state, Brazil. 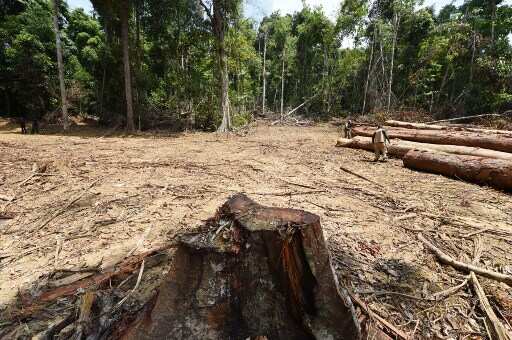 The surging destruction comes despite Bolsonaro's efforts to show his government is serious about protecting the Amazon, considered critical to staving off catastrophic climate change. The far-right former army captain still calls for more mining and commercial farming in protected parts of the rainforest.

At the UN climate summit in Glasgow this month, COP26, Brazil's government brought forward a pledge to end illegal deforestation by two years to 2028, a target that would require aggressive annual reductions in the destruction. 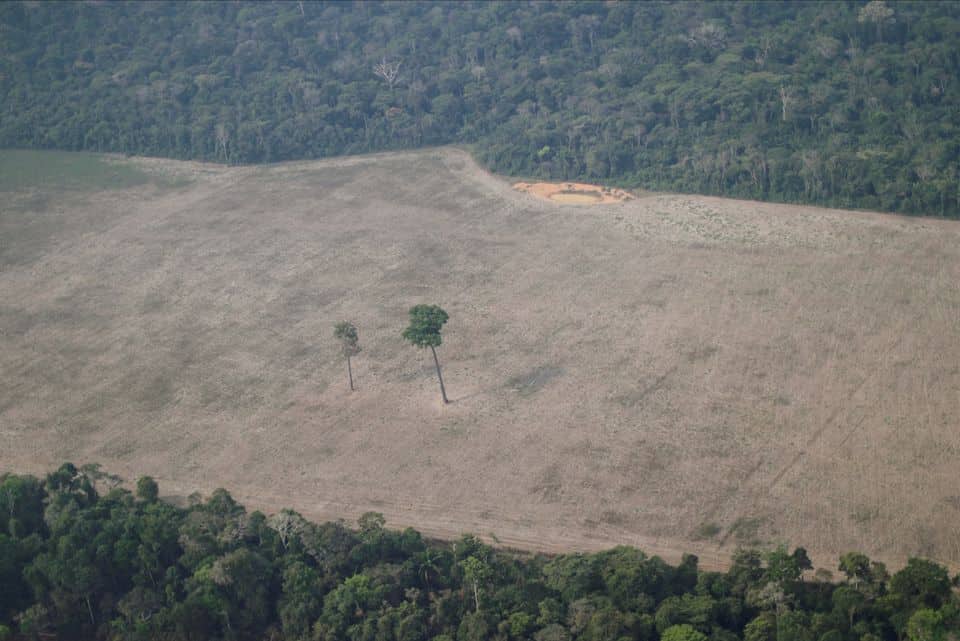 The Amazon is home to about three million species of plants and animals, and one million indigenous people. It is a vital carbon store that slows down the pace of global warming. (In photo) An aerial view shows a tree at the centre of a deforested plot of the Amazon near Porto Velho, Rondonia State, Brazil August 14, 2020 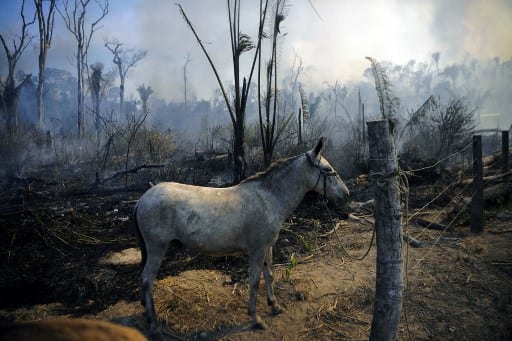 But some scientists warn that if enough of the forest is destroyed, it could cross a tipping point, dry out and turn into savannah. That would release huge amounts of carbon, virtually ensuring the world cannot hit the targets laid out to avoid the worst effects of climate change. (In photo) A donkey stands tied up next to a burnt area of Amazon rainforest reserve, south of Novo Progresso in Para state, on August 16, 2020. 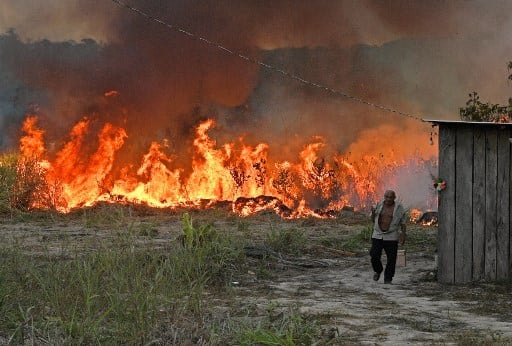 Early this week, Jair Bolsonaro, on tour in Dubai, downplayed the alarming levels of deforestation in Amazon and called the attacks on Brazil's lack of efforts to curb deforestation as "unfair". He said that 90% of the forest is still preserved. (In photo) An elderly farmer who set fire to rainforest around his property walks away as the fire approaches their house in an area of Amazon rainforest, south of Novo Progresso in Para state, Brazil, on August 15, 2020